P.S. Bridge is something that my better half chose since she was "responsible" for getting me back into this addiction so needed to compromise and then work around it

All suggestions more then welcome! 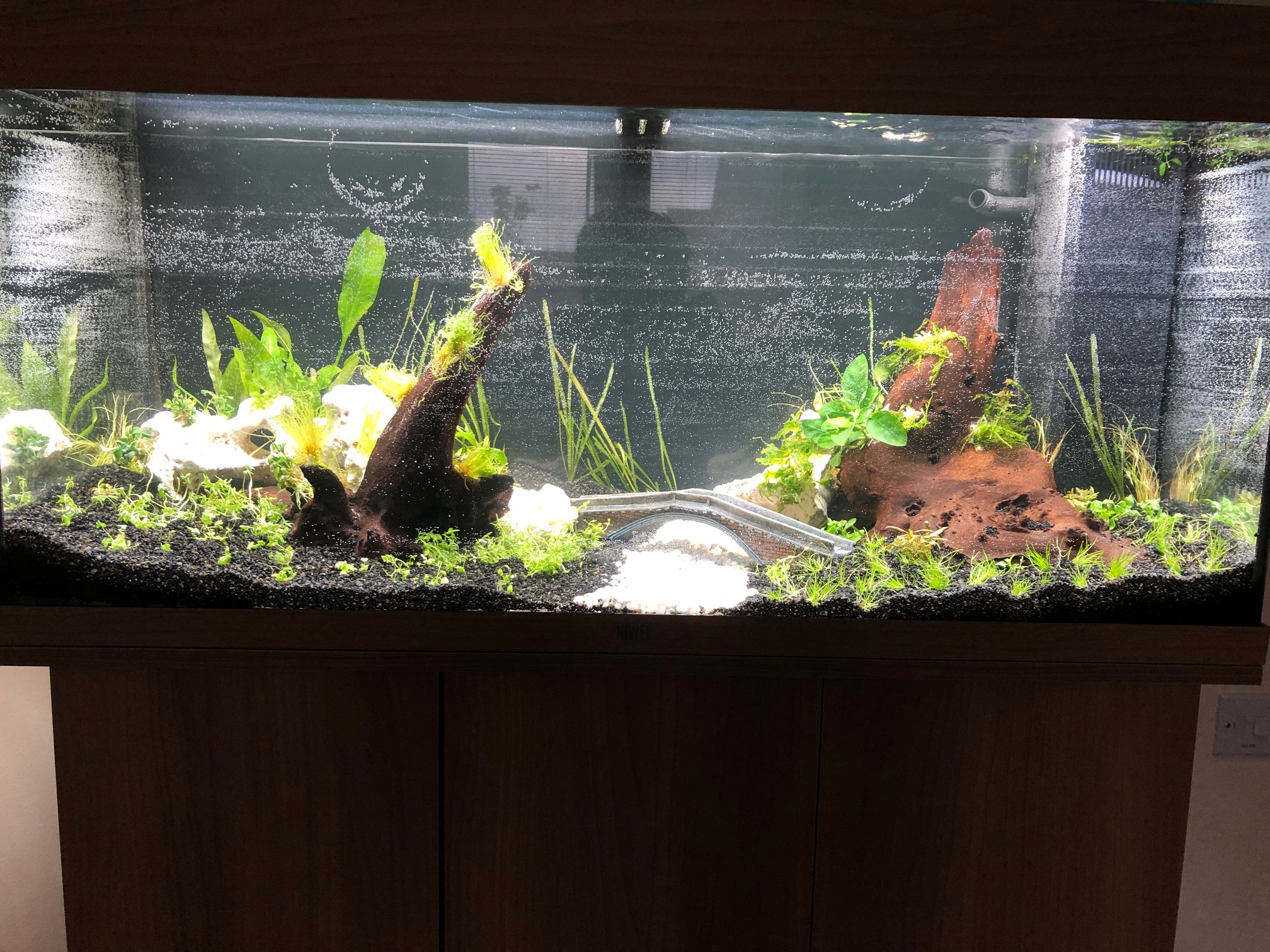 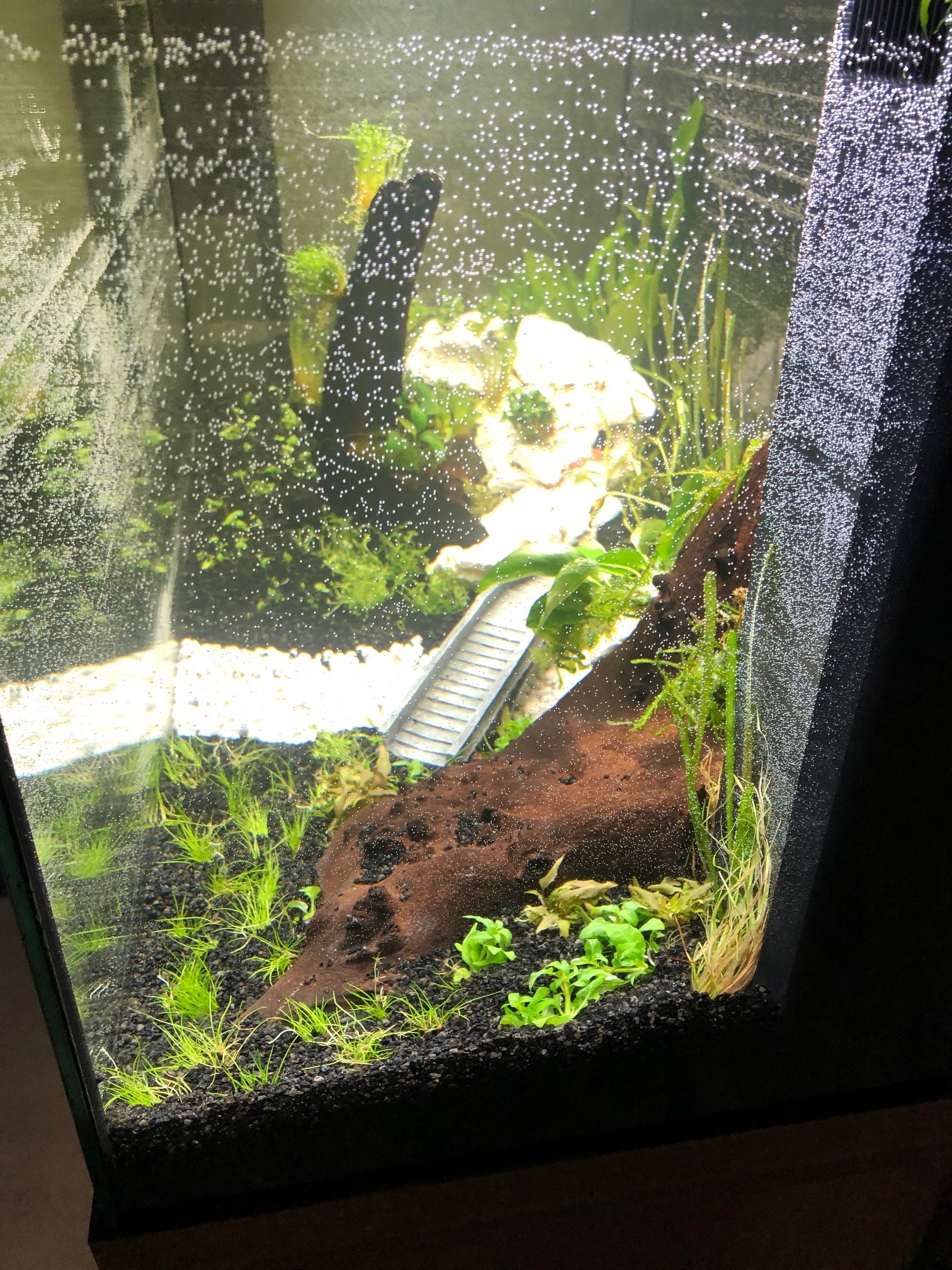 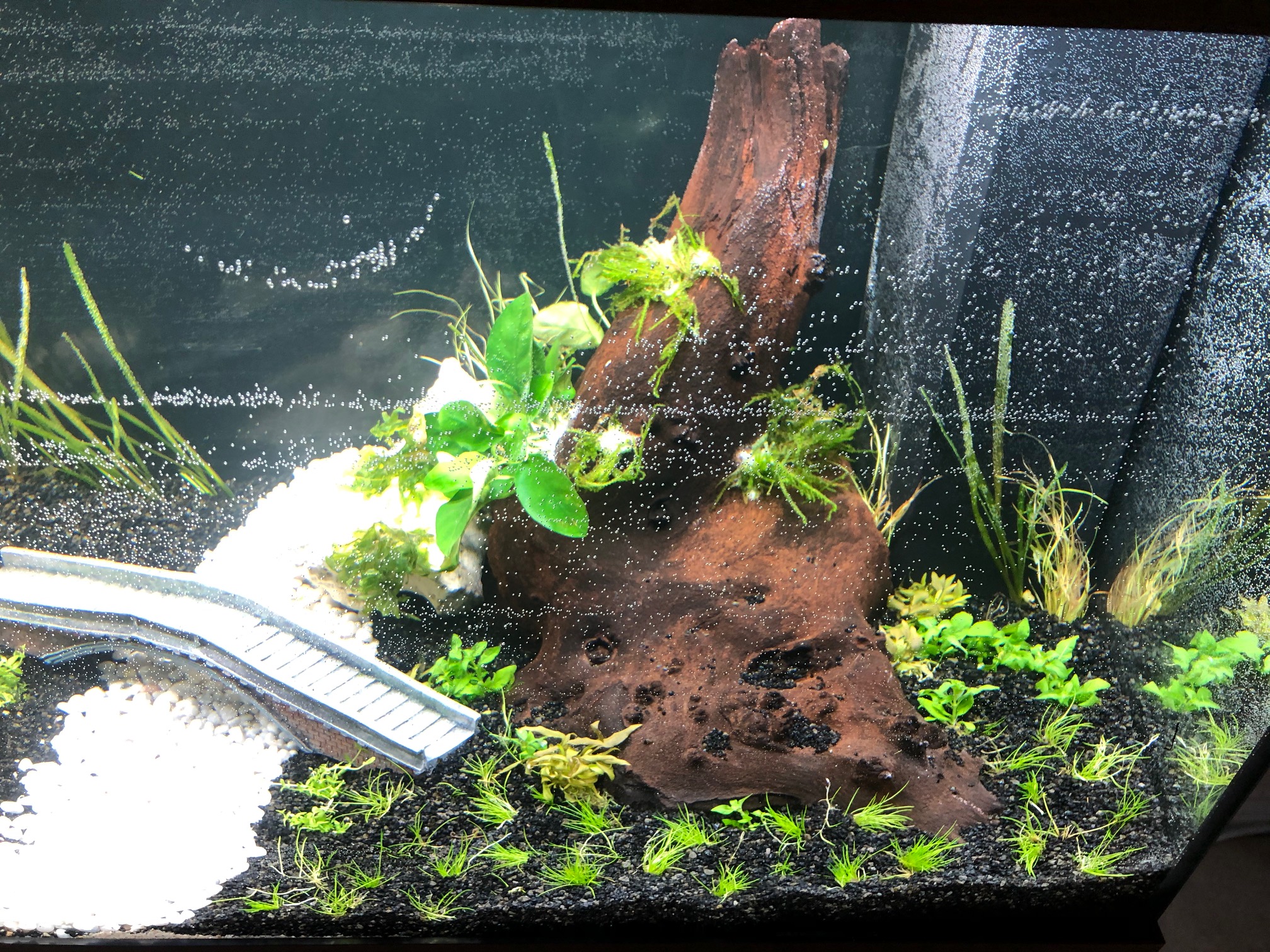 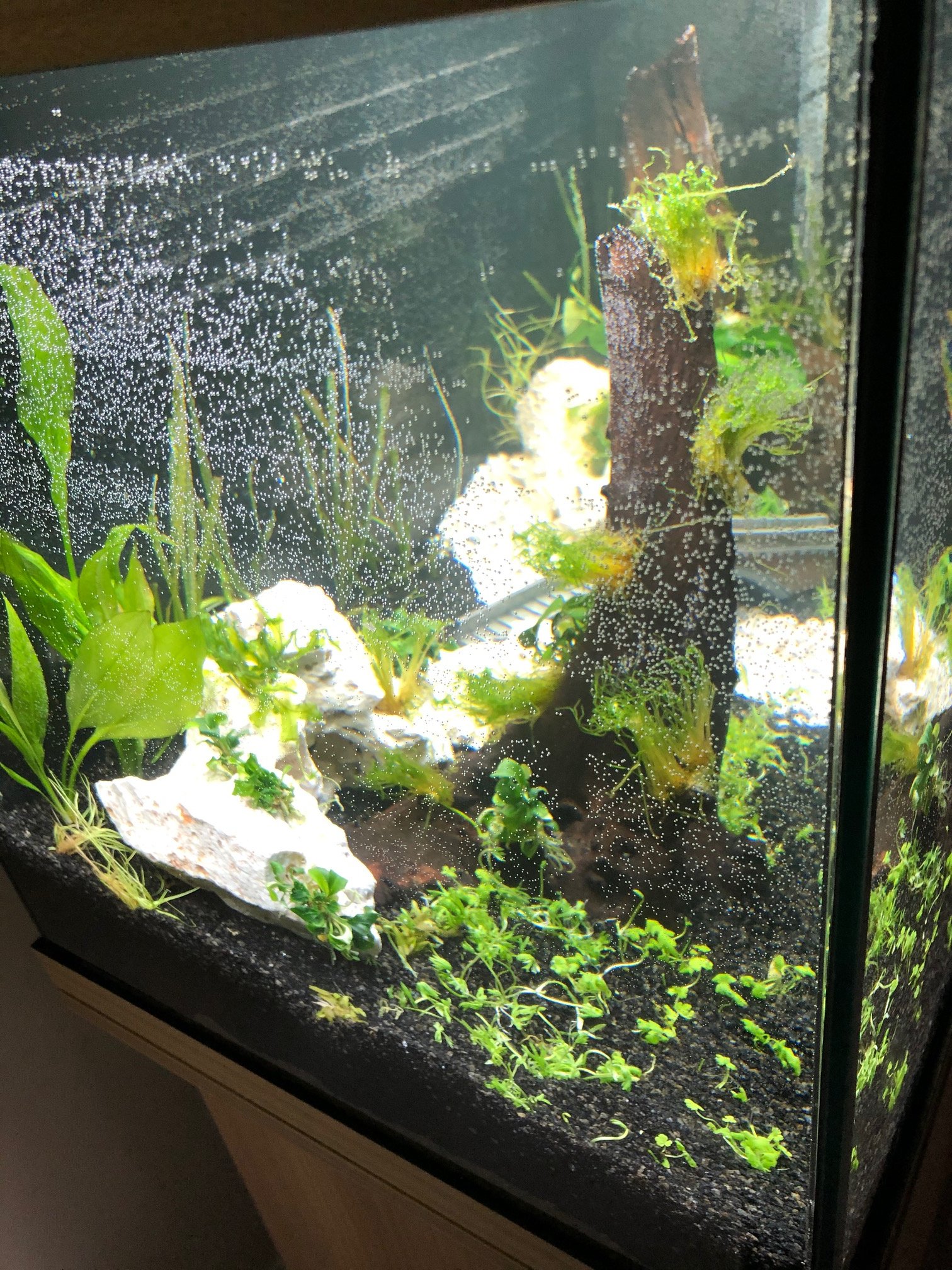 (And moss can invade the bridge at any moment creating a stunning Moss Bridge ... though you may need to tie with suitable line (and possibly vigorous use of sandpaper to create a rough surface for moss to adhere), then trim tightly back to base - all those trimmed points will develop new growth - and maintain short growth to avoid die off of moss underneath)

AquaVet said:
Currently not running CO2 since might go on holidays soon and wouldn't like to leave unestablished aquarium with CO2 running for 2 weeks without water change.
Click to expand...

Plants will always appreciate some CO2, and will have an easier time of the transition from emerse leaf structure to submerse leaf (lots of new leaf production plus (intercellular) biochemical adaptations)

Is anyone able to check on the aquarium/house while you’re away?
You can use timers to control CO2, light, additional pump etc but unless you go Smart Phone App control (Felix anyone ) these can go awry
(George Farmer’s latest Tropica Flex Video)

Thx for response and suggestions

No, unfortunately nobody will be in home since going on holidays with better half, that's why didn't want to invest money in whole systems now and spending lots of money when will be away.

Yes, that was plan with that bridge that will be covered also by moss and serve as moss bridge between "two sides" but for something like that will take some time and hopefully by then will add C02, was thinking from this site https://www.co2supermarket.co.uk . Did anyone order from them?
A

I've changed position of Monosolenium tenerum and changed position of one Anubias Nana on one of the rocks and now seems to look bit better.
Added Echinodorus ‘Quadricostatus’ and Rotala Rotundifolia to mid ground and background.
Started with 2% Gluteraldahyde and Aquascaper complete food.
I think some of my plants started growing, specially Ranunculus inundatus and Eleocharis acicularis 'mini'.
Regular daily 50% water change and so far can't see any algae.
Comments and critics are more then welcome

Some Bucephalandra 'Wavy green' was rotting on rocks so decided to move those who were completely melted.
Elocharis acicularis mini started with new growth
Hydrocotile tripartita didn't go as was planning and decided to rip it out and replaced with 'Littorella uniflora' on left side to form nice carpet.
Also added Rotala 'Vietnam' as fast growing so will have more fast growing plants to help cycle the tank (hope that is good idea )
Lobelia cardinals is also new when better half saw it in shop she said we have to have something purple in our tank

Rest of plants growing and could see improvements, but have diatoms (still some present at Monosolenium tenerum)
Added 10 Amano shrimps couple days ago and seems like they've been doing fine, amount of diatoms is definitely smaller since I've added them.

2 weeks without photos since been fighting a bit with algae but now winning battle.
In meantime decided to rip out some plants and replace some of them so will look more like jungle now. Also decided to go low tech and give time for plants to take over with time. I know will be long term process but will give me more pleasure looking at tank growing by himself and maturing.
Added Lobelia Cardinalis, Alternanthera reineckii ‘Pink' and Ludwigia repens ‘Rubin',