So I planted out my first tank about 4 weeks ago. 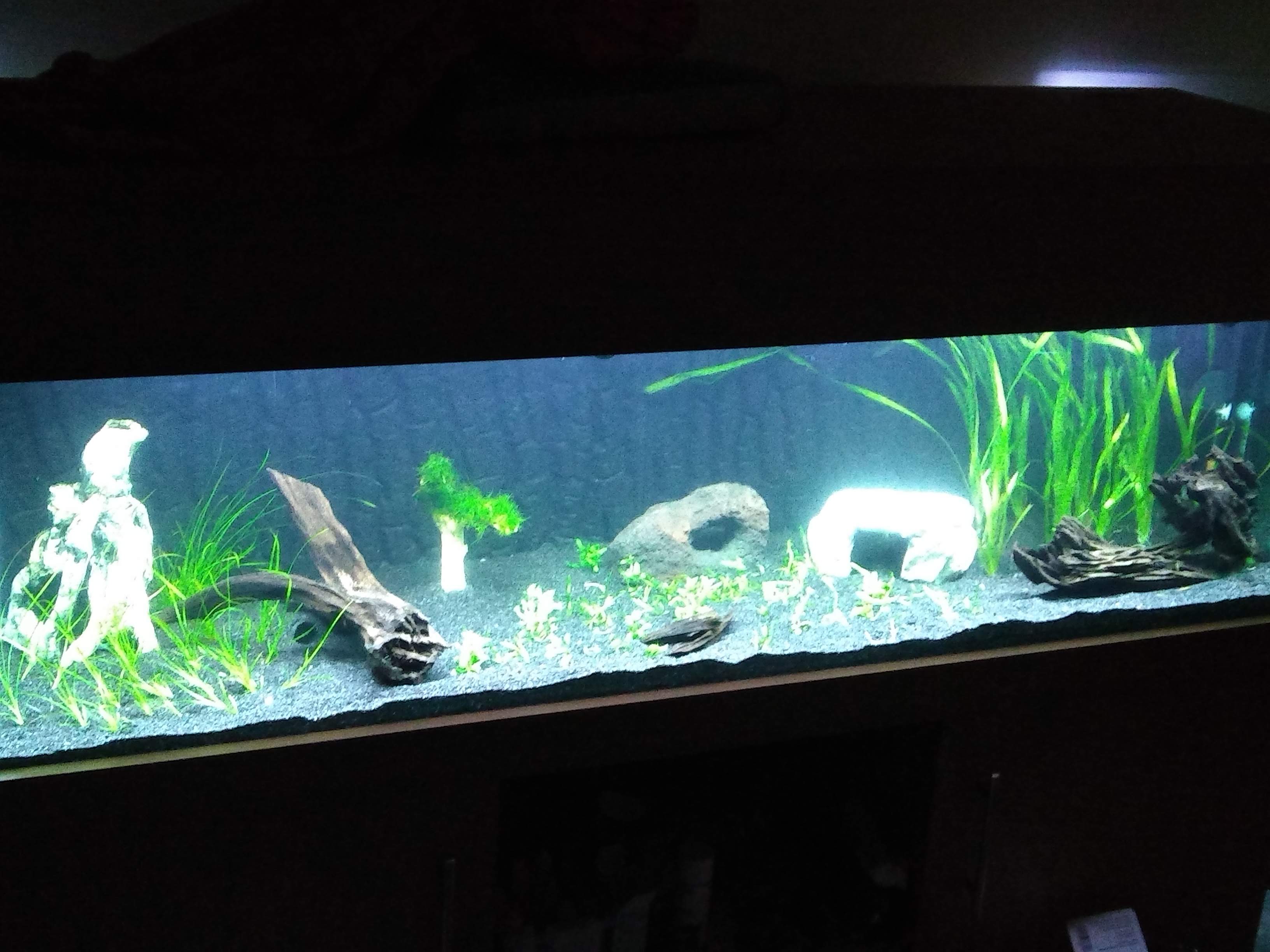 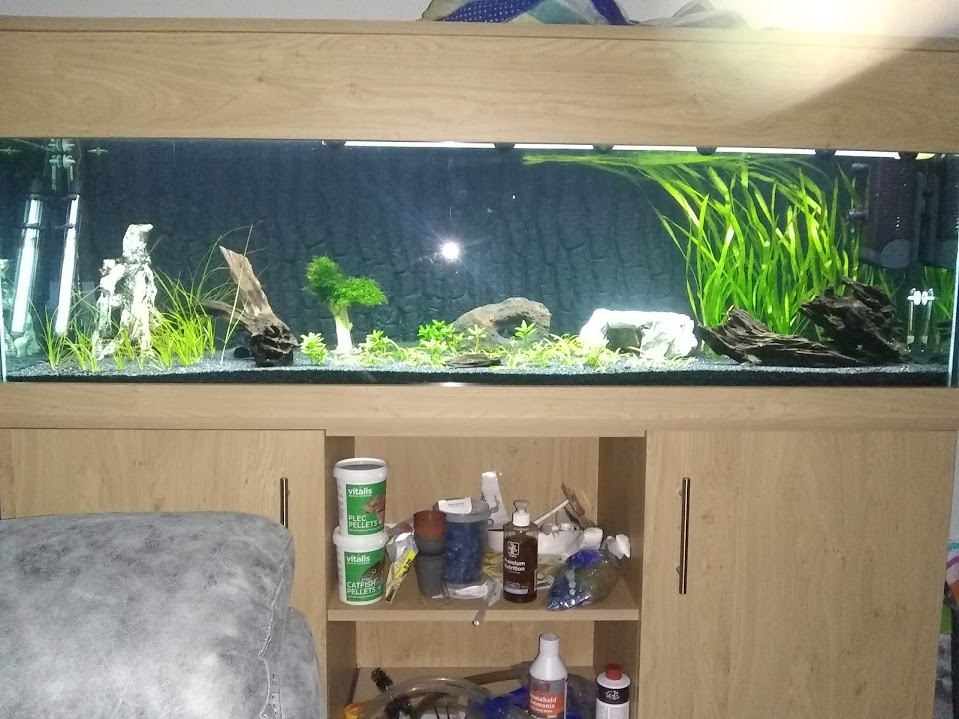 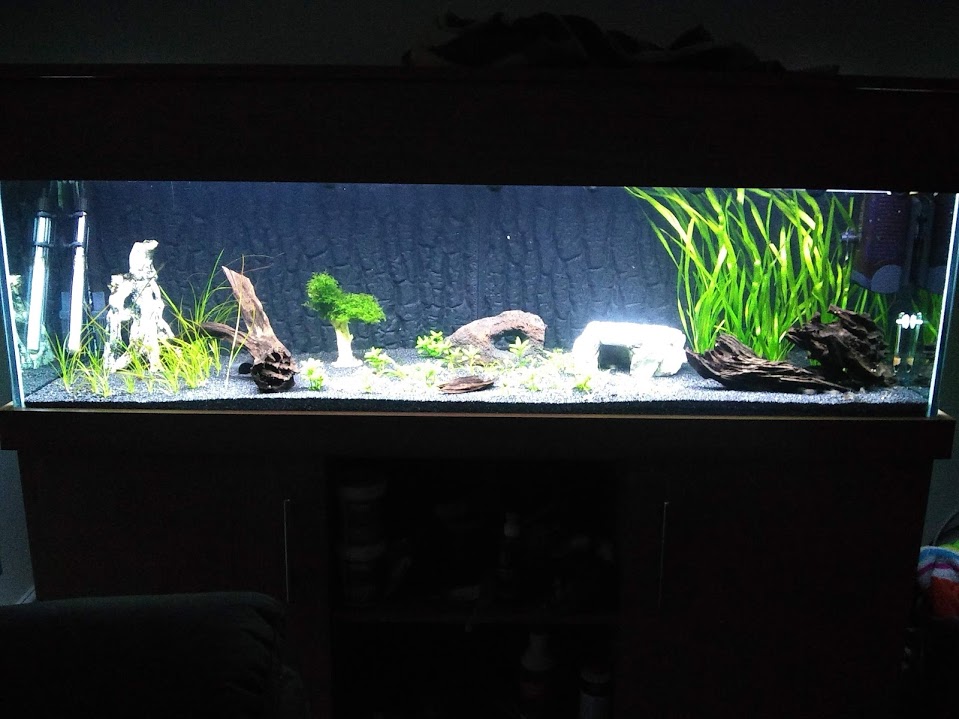 Tank: 153cm L x 46cm W x 65cm H 340(ish) litre
Substrate: Mixed small gravel and sand in Black.
Water: 22-23.5 C ph 7.2 dGH 7 dKH 3
Lighting: 2 x 1450mm 80w t5 bulbs (1 at 10000K and 1 at a more red/purple tone with no listed K with reflectors) Cycle was 6 hours on, elevated to 8 hours recently to see the impact on plants and algae.
Filtration: Tetra Ex 1200 Plus and a Fluval U2 that's mostly there to establish for quarantine tanks when I add more fish
Fish: 1 Bristlenose Pleco and 21 Panda Cories (Will be adding gourami, rasbora, another plec and a load of shrimp)
Fertilisers: Flourish root tabs and Tropica Premium 3 pumps after water change and then 2 pumps per day.
CO2: None as yet.

Vallisneria, sold as Spiralis but looks like Americana Gigantea. Doing well and already self propagating. Some of the tips melt occasionally but there is quite a lot of surface flow at this end of the tank. 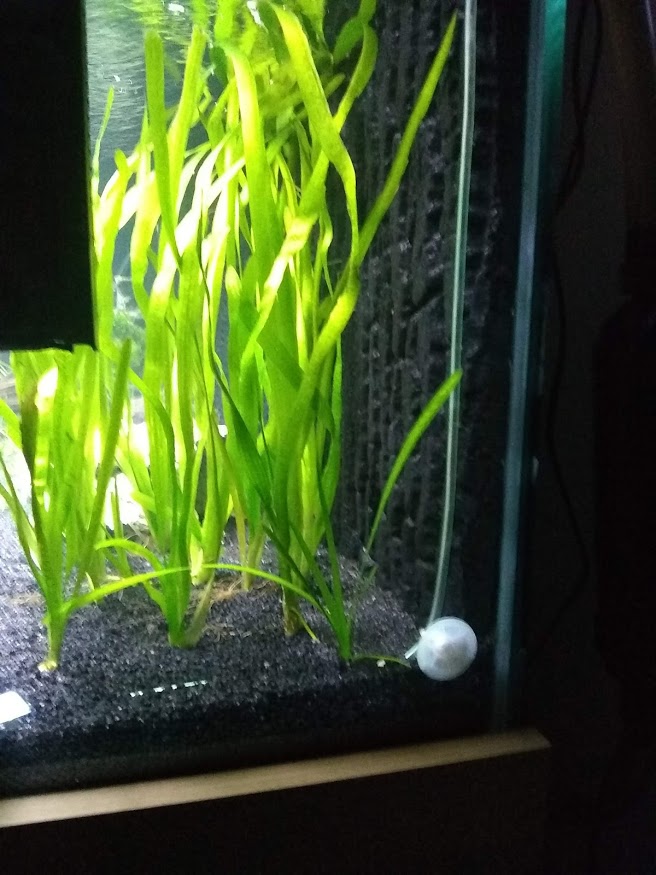 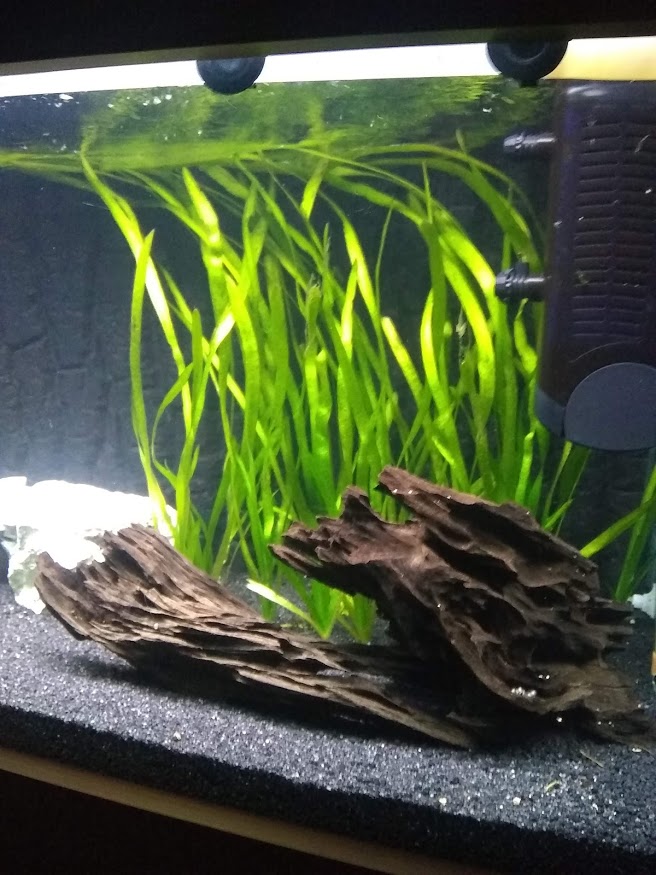 Vesicularia Dubyana tied to a forked decoration which as it fills out will look somewhat like a tree. Growing well 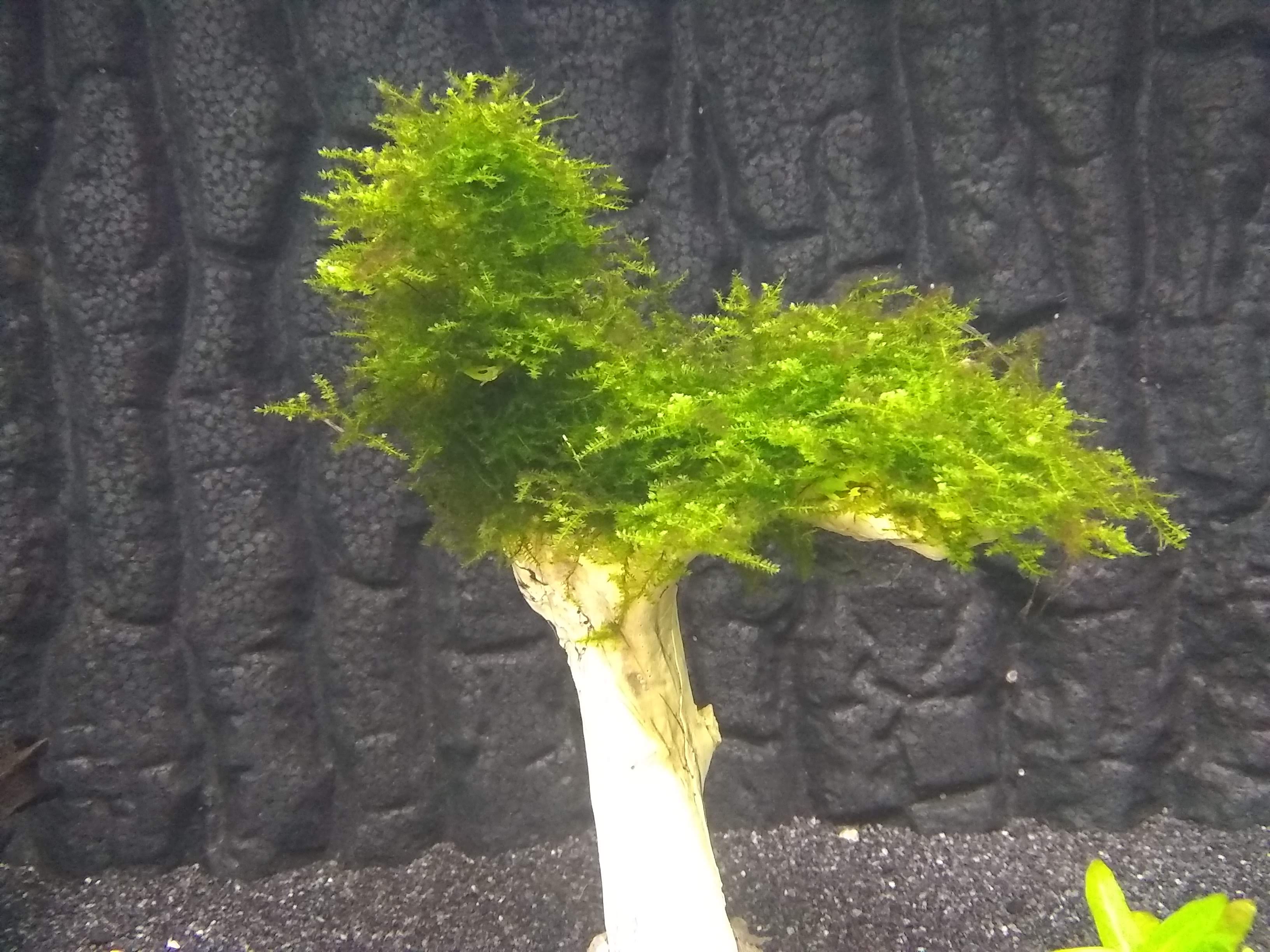 Sagittaria Subulata and Staurogyne Repens as a mixed carpet. This is looking a little limp and brown. The Staurogyne lost a lot of leaves to melt when first planted but seems to be recovering. The Sagittaria has done a small amount of self propagation although the cories keep digging up one or two of the plants. I may have planted it a little too sparsely but I'm hoping it fills out as it grows better. 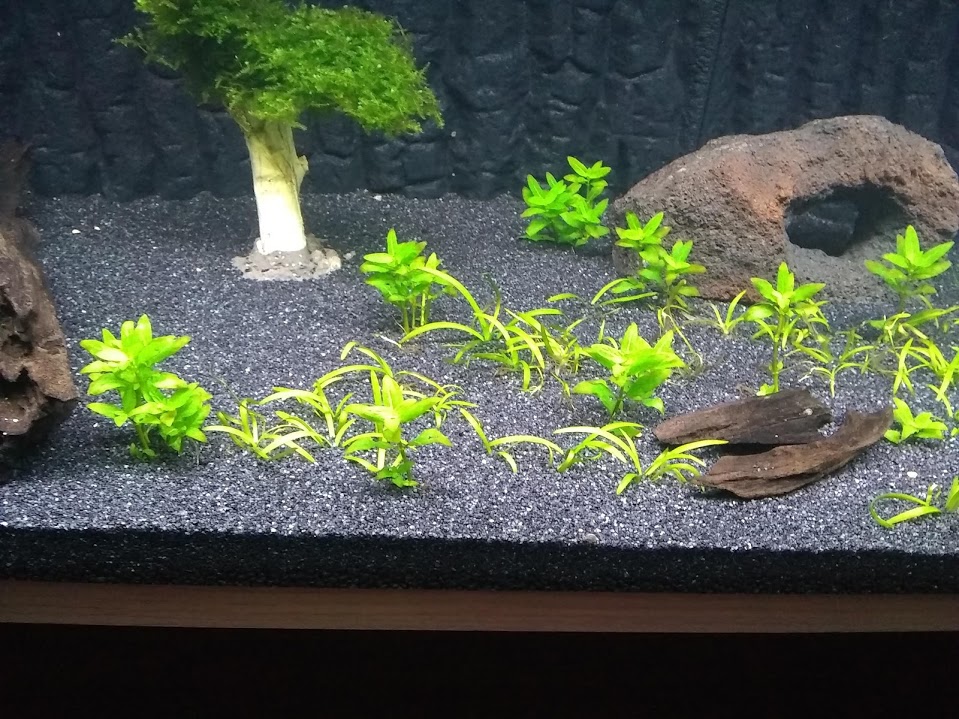 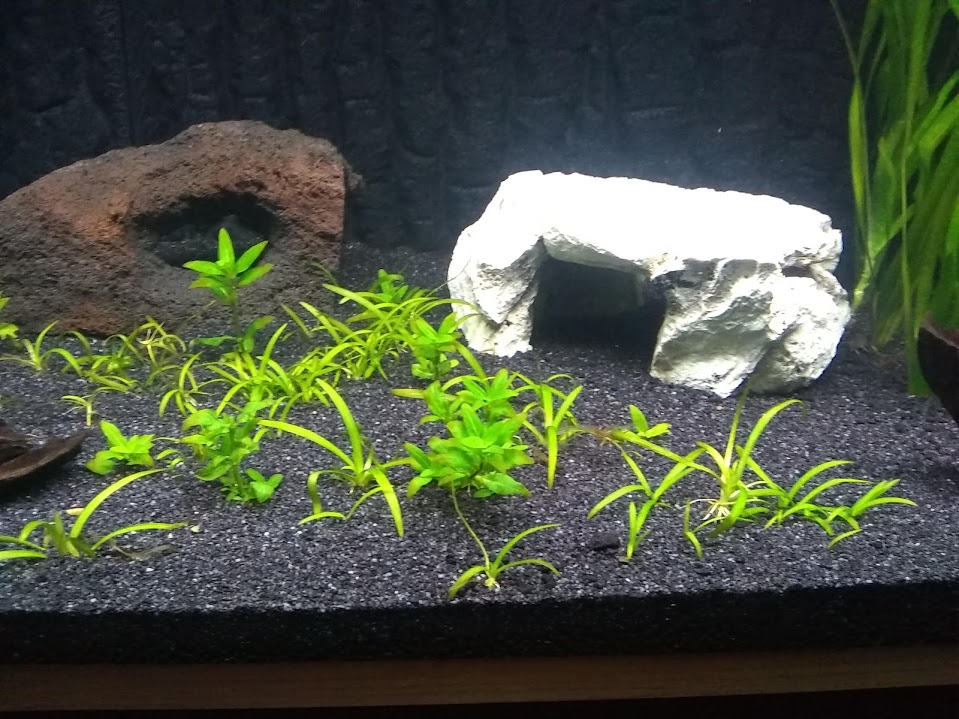 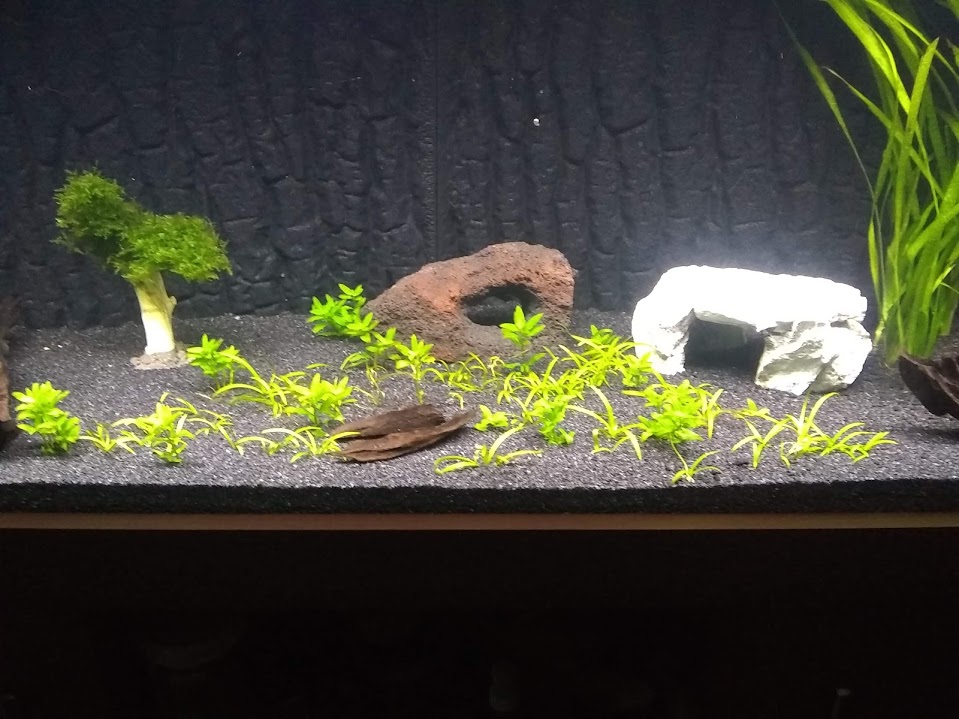 Cyperus Helferi I'm not sure what to do with this one, it's limp, it's brown, it's got brown fur algae growing on it. The tips of the leaves melt. I don't have a phosphate test but with the low stocking it might be missing that. 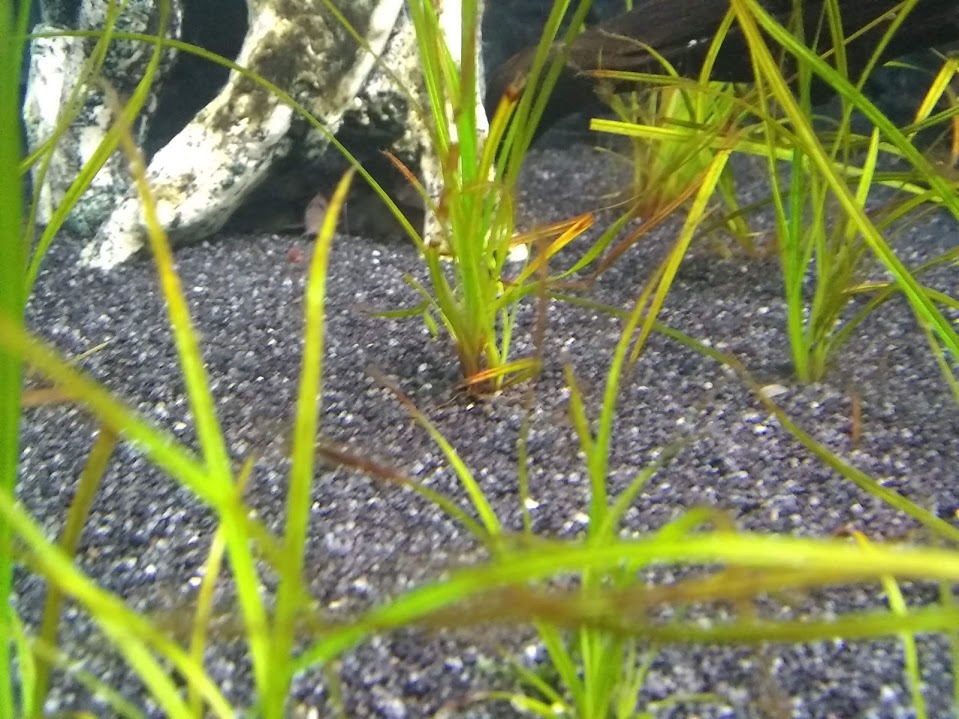 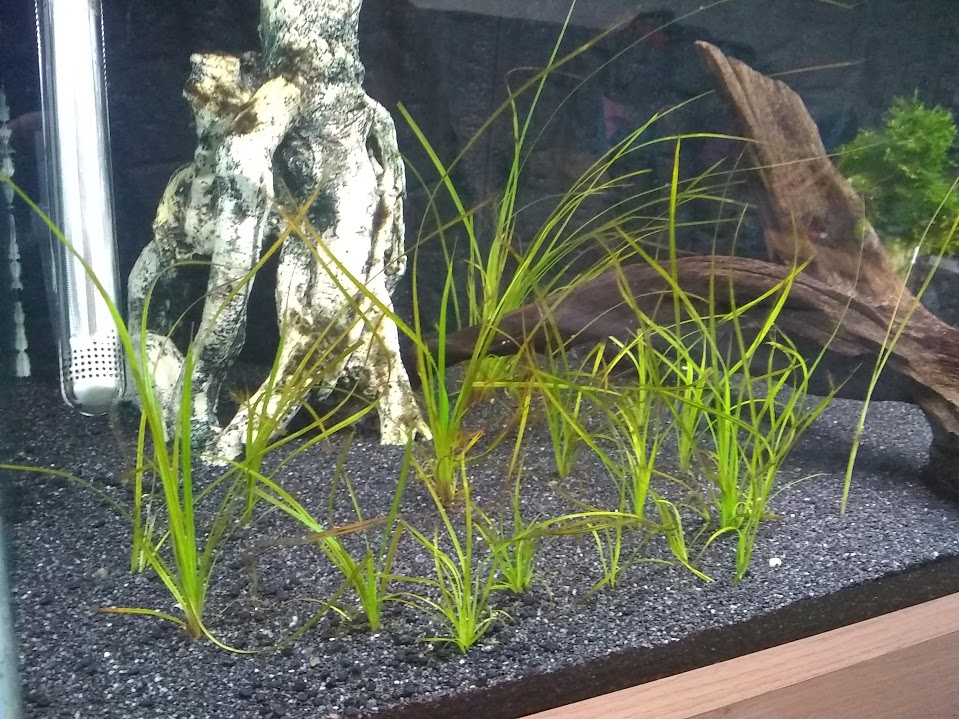 Limnobium Laevigatum was doing Ok, then started to get sucked into the spray bar flow and looked a little ragged so I corralled it with some air line. Within 2 days it all went black/brown and died. Only one or two small bits remain so I'll need to replace those over time. 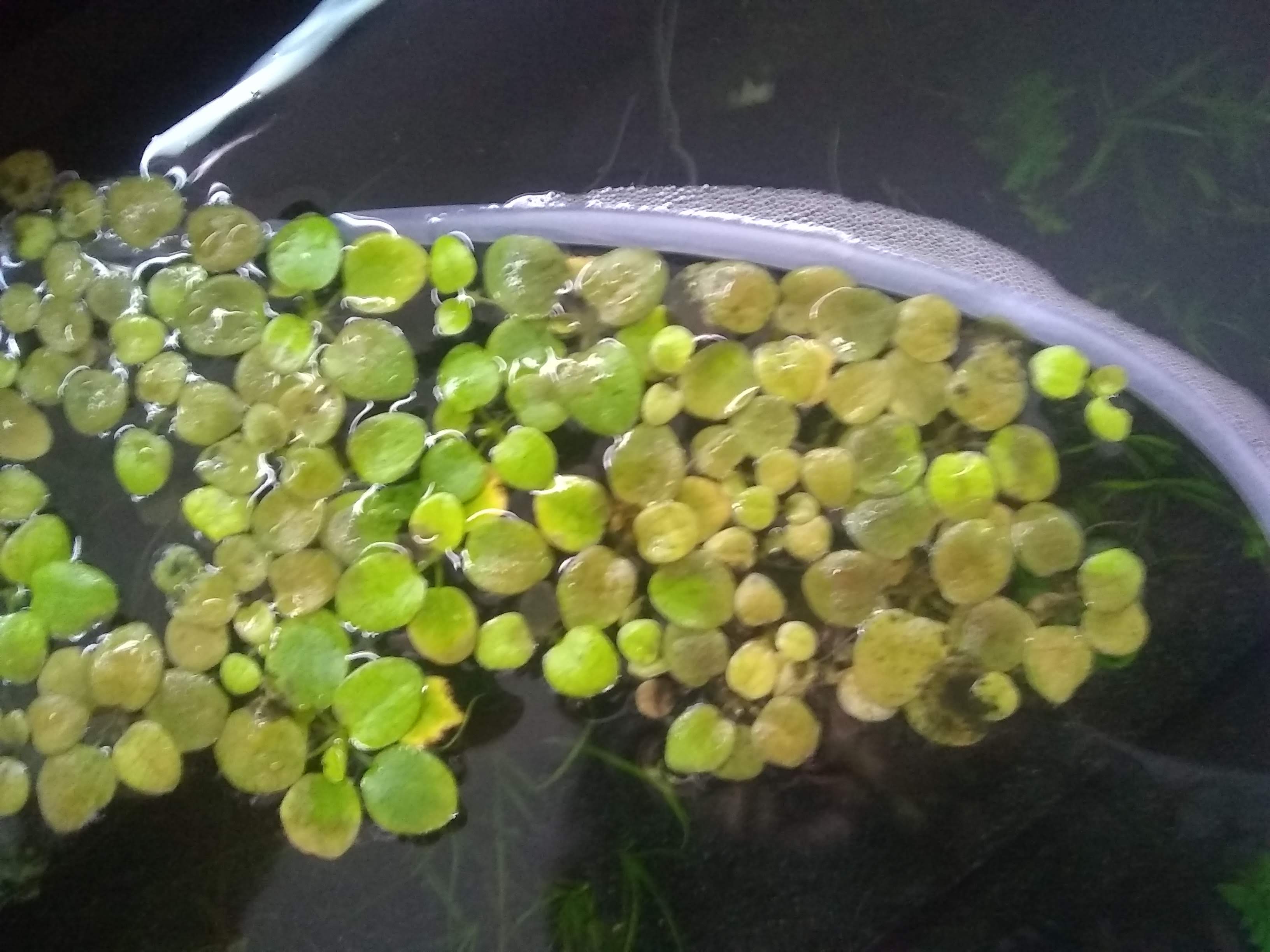 Plans for the future, I need to find the right shaped bit of spindly wood to fill out some of the upper centre but now's not really the time to go browsing for bits of wood. Once that's in i would be temped to add a xylophyte or two to it. I'd like to replace the bright white cave on the right with something darker that I can grow some low light plants on (they'll be in the shadow of the valisneria when it gets fully grown). Then slowly fill out the planting over time, some plants with wafting tendrils would be nice (like the one in the picture below that I don't know the name of). 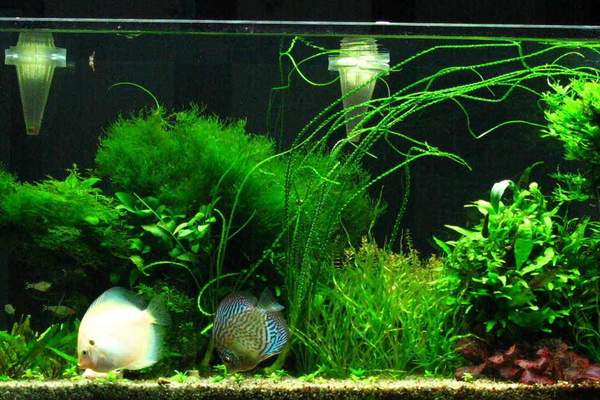 Lighting. I was looking at replacing the T5's with LEDs but I can't seem to find LEDs that will give even half the brightness. The two T5's I've got in were rated at about 6,500 Lumen when I purchased them. They'll be a little less than that now but it's a good level of brightness for seeing in the tank.

CO2. I never really wanted to start using CO2. It seemed far too complicated. But I guess for healthy plants in the tank I have to consider it. I don't really know where to start and with low hardness water I'm not sure how much impact it will have on pH. in the long term.

Phosphate, whilst my stocking numbers are low, I was concerned about a lack of phosphates in the tank but I don't know whether or not that's something I need to be concerned about with the current light planting.
O

You know, A long time ago I thought Co2 would be alot of effort to get set up, but it really isnt. Check out the fire extinguisher thread in the C02 section. I think I got into it for the tune of £130 with a second hand regulator.
You must log in or register to reply here.
Similar threads