I wanted to present you some materialized ideas from the 3d printer.
There are 4 aquariums in the flat, 500l, 200l and 2 small water bins, so a lot of tanks to develop solutions, and find problems later on.

CO² inline reactor
In my 500l tank, it was almost imposible to get a sufficient CO² level without wasting to much pressurized carbon. A lot of bubbles escaped before making it into solution. As I am using 2 mat filters with radi 23cm in the tank, there was space to hide the thing. The idea is a small box, filled with siporax to disturb the flow. Once installed, I had to reduce the CO² by at least 2/3, not a single bubble is visible now with a 300l pump pushing water through it. 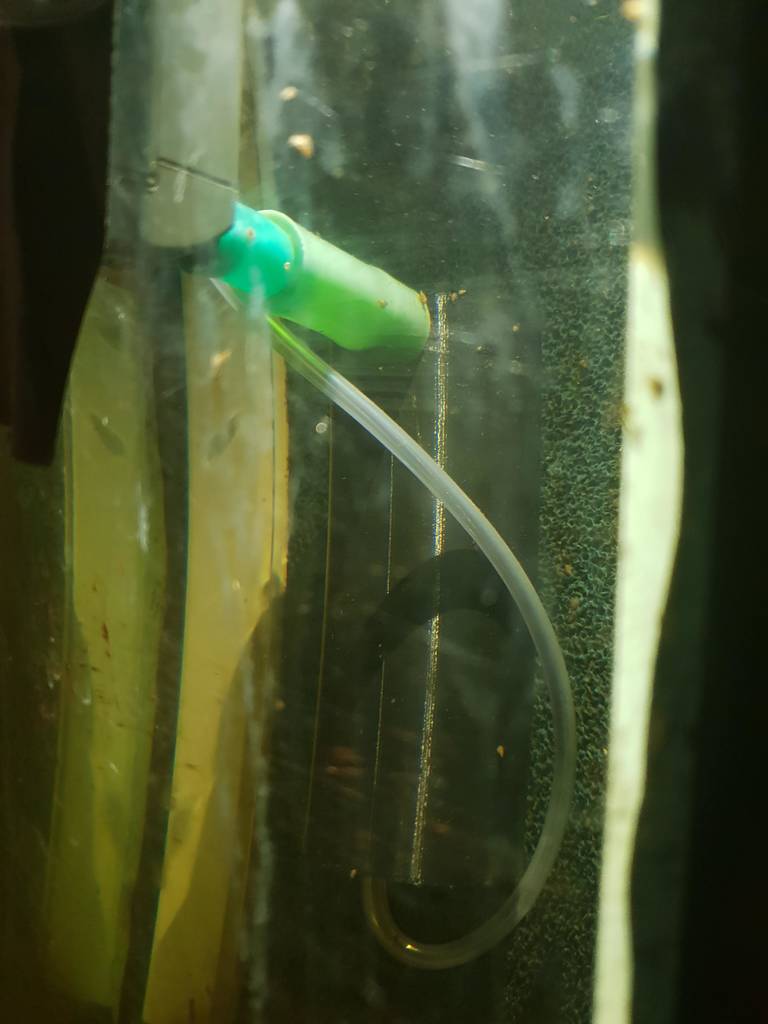 180° outlet
The mat filter used in the tanks are driven by regular pumps with (vendor stated) 1000ltr/hr. So far, the water was pushed through a hose back into the tank, causing a strong stream in the middle, but there were some spots on the surface where duck weed was collecting. So, to the drawing board, and create a new thing: The 180° degree outlet for fitting on the hose. Now there is a flow over the depth of the tank. 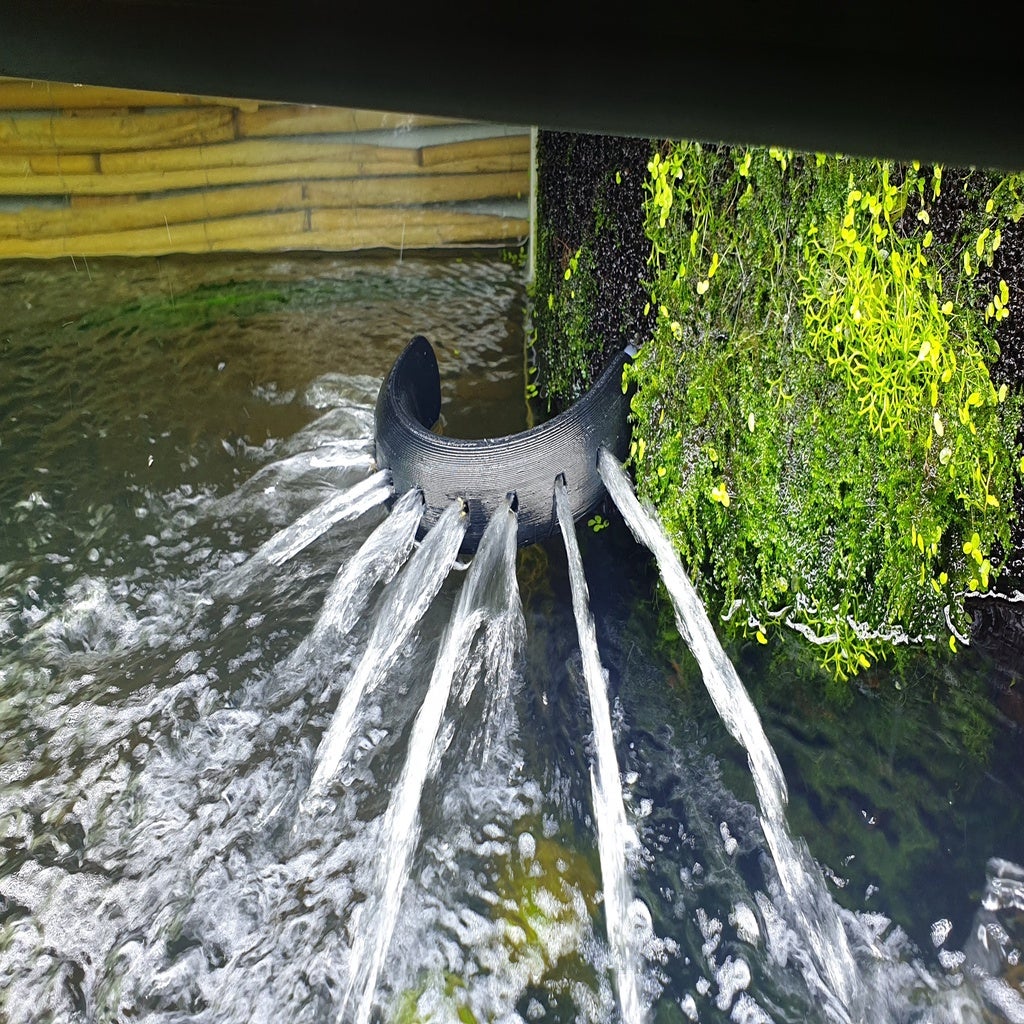 (The 180° is a circle, not sure what thingiverse does with the pics)

Chihiros lamp stand(s)
The 500l tank is 200x60x60cm / 40x15x15in, so a lot of light is needed on it. The sun is coming from Chihiros, two of them are on top of the tank. While flat on the glass covering the tank, the heat flow was not optimal, heating the tank too much and themselves as well. So there was the first version of the stand, basically adding some height and 15° angle to have more light in the tank and no blinding, as it is next to my home office place.

That worked for a while, but i missed some flexibility to adjust the angle, so back to the drawing board.
Et voila, out came the Variable Chihiros A Plus stand. The pre-final version is the one with the complete circle, as it will allow to cover the lamps with a straw mat and keep some distance. 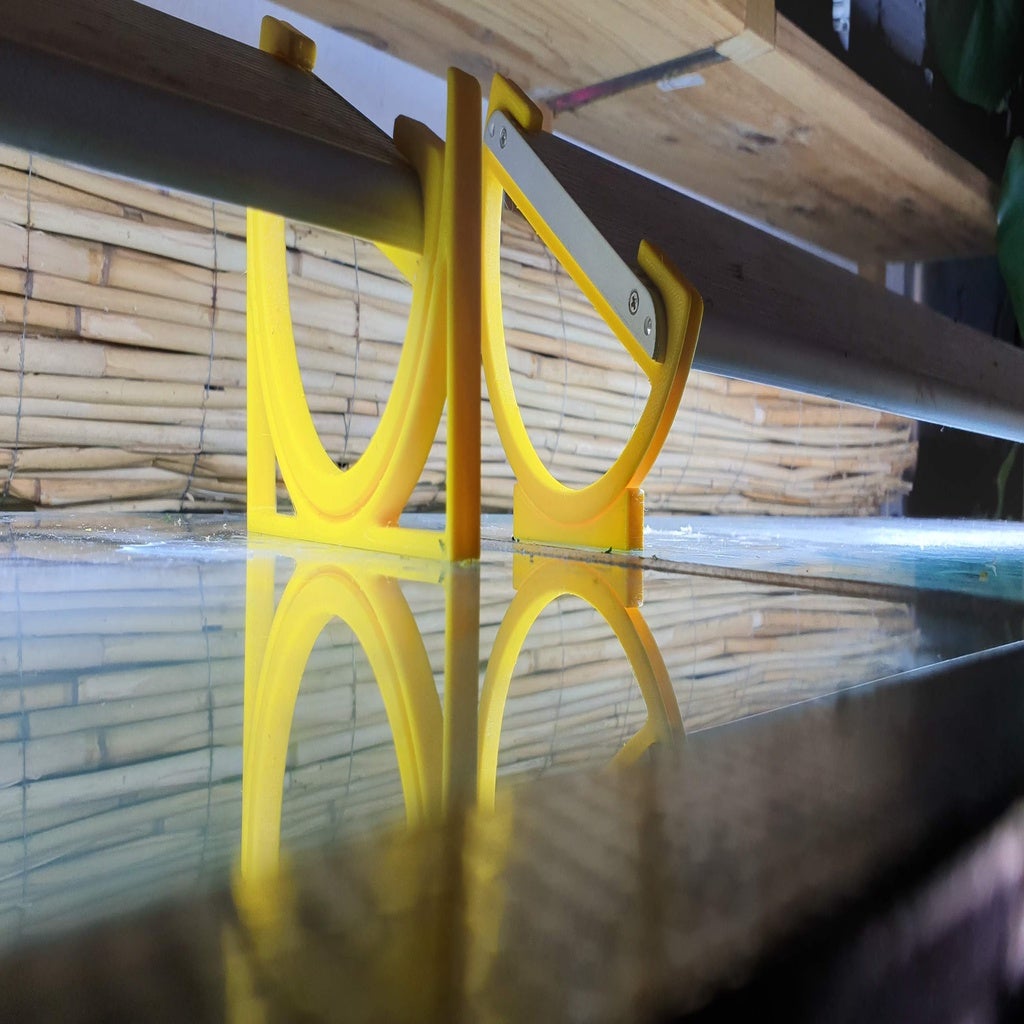 Two different feet to test, no pic from pre-final yet.