I posted this late last night on APC because I felt embarrassed that I hadn't updated a thread I posted over there over 4 months ago!! anyway this is the tank George posted a couple of weeks back for the PFK teaser thread. I actually have a different layout in this tank now which is pretty well finished so I will post those pics in due course.

This tank was entered into The International Aquatic Plants Layout Contest 2007 and was ranked position 204 which I was happy with, I also entered it into the PFK competition as well so Im really only getting around to posting pics online now, anyway here they are with some extra ones to give it some continuity.

Heres the spec for the tank 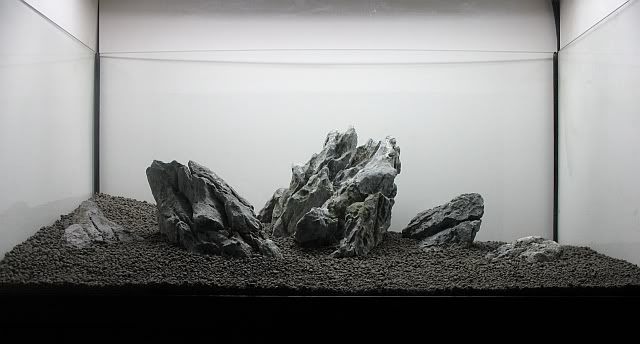 and then I changed it to this 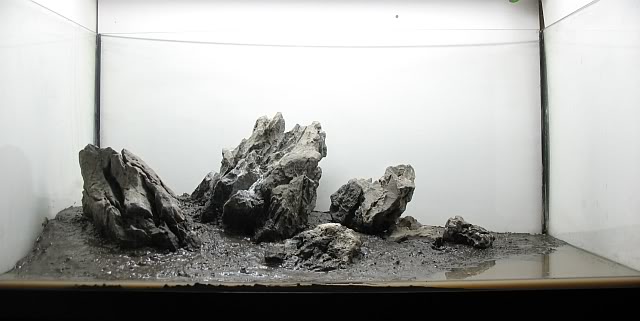 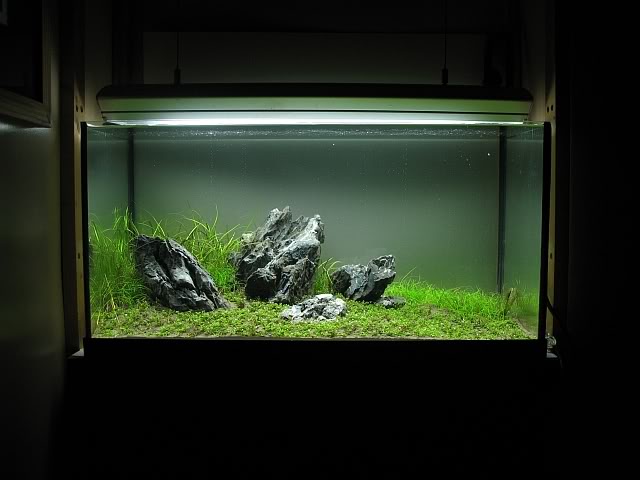 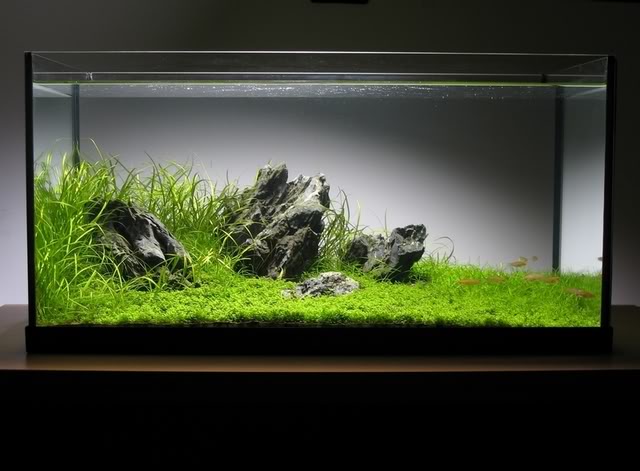 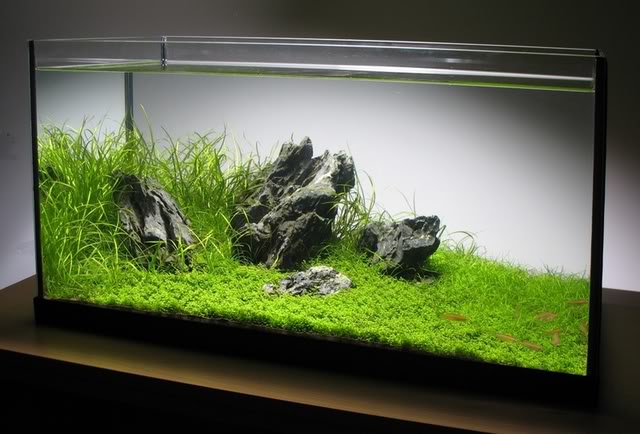 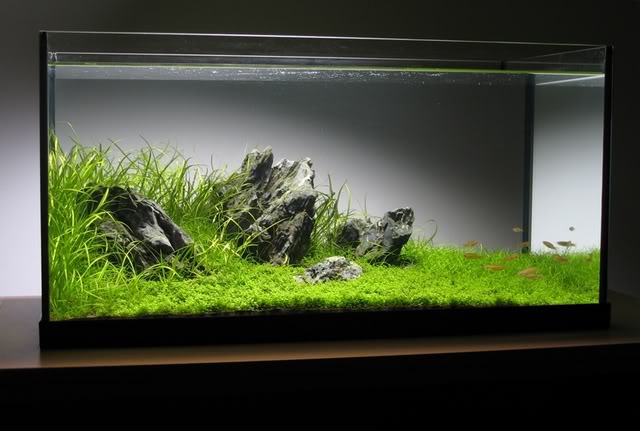 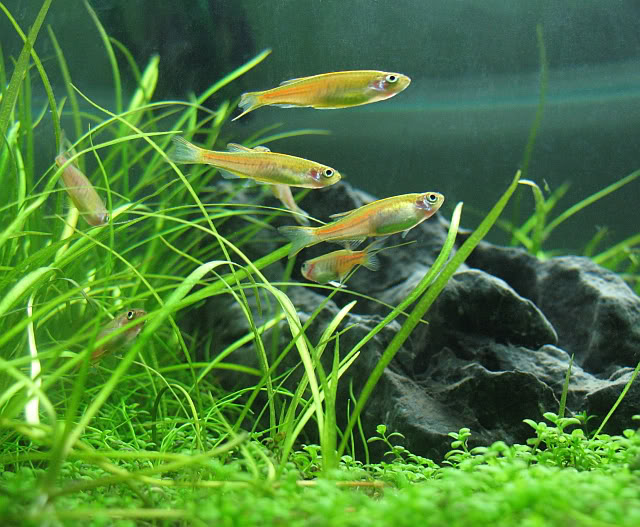 Overall it was a pretty easy tank really, it came out pretty much exactly as I originally had envisaged it, I had no major problems with algae except for the diatom bloom which the otto cats sorted pretty quickly, one thing I did note was that the Eleocharis parvula grew incredibly compact under the Osram lighting, it was almost hugging the surface of the substrate as it grew over each other. Under different lighting (using Geismann lamps now) it grows more upright in the same tank and substrate even when I add extra watts.

Thats all I can think of really atm, any questions just ask and I will do my best to answer for you.

Very nice Peter! Love Iwagimas and this is a really nice one!
Ed

It was a tough decision not letting this win, but I'm sure you'll understand when you discover the winner.

Keep up the great work matey. You're doing us proud.

George I'm not sure an Iwagumi layout would win any aquascaping competition tbh but I do love them and can see myself dedicating the tank that this one is in to just doing them alone.

Still not sure if I should enter this into AGA or not better decide quick though, I have another simple style Iwagumi layout which I will post up soon.

thats really amazing Zig, not only on the scape.. but your photography is truely awesomely executed. Incredibly impressed
Matt Holbrook-Bull
--------------------------
The only things that happen in an aquarium quickly.. are bad

I think its superb. Simple and effective.

Lovely tank mate and the fish choice works well. Cant say much more than that!

sorry to dig up a old thread but this tank of yours has become one of my fave and I'm basing my new scape to look like this.
just a quick question though, you said you used Eleocharis parvula and E tennellus as well as hc? i can see the hc but how and where have you placed the other two?(is it mixed together?)
keep up the great scape's!!!!
all the best
chris
Z

bumcrumb said:
sorry to dig up a old thread but this tank of yours has become one of my fave and I'm basing my new scape to look like this.
just a quick question though, you said you used Eleocharis parvula and E tennellus as well as hc? i can see the hc but how and where have you placed the other two?(is it mixed together?)
keep up the great scape's!!!!
all the best
chris
Click to expand...

Jeez a blast from the past alright, glad you like it. The E tennellus is the taller grass like plant planted around the rocks and the Eleocharis parvula is planted on the right hand side of the tank, it grew low because I used a fair amount of light as far as I remember, I can see it there alright its just not that obvious. As far as I recall the HC was planted in a triangular formation in the centre of the tank and the other two plants were planted either side of that, they all grew together eventually and overlapped which made it look better. Good luck with your tank chris post it up when your ready

cheers mate,
i understand what you mean now about the plants location using the hc triangle lol.
just waiting for a few new glassware parts to arrive then its of to the green machine for the plants!! lol
by the way, have you ever used a opti white tank? its just that i have found a small 3.5 g opti white tank from aqua essentials on there eBay site that needs a little tidy up on the siliconing.
they only want Â£13.99 for the 12"x 8" x 8" and Â£14.99 for a 12"x10"x8" both with free delivery!!!!
i am getting one so i can do a low set up in the kitchen.
ill post my aquariums asap all thanks to your little beauty!
cheers again
chris

Hi chris, no I have'nt used an opti white tank not yet anyway, I think a few people on the forum here had the Aquaessentials tank that you refer to maybe do a search on that one here on the forum.
Regards,
Peter Kirwan
You must log in or register to reply here.
Similar threads