Best part of this hobby to my eyes, keep up.

CooKieS said:
Best part of this hobby to my eyes, keep up.

Can't wait to play again in the sand when rescaping my 60p
Click to expand...

Time to stop for the night as the sun is setting 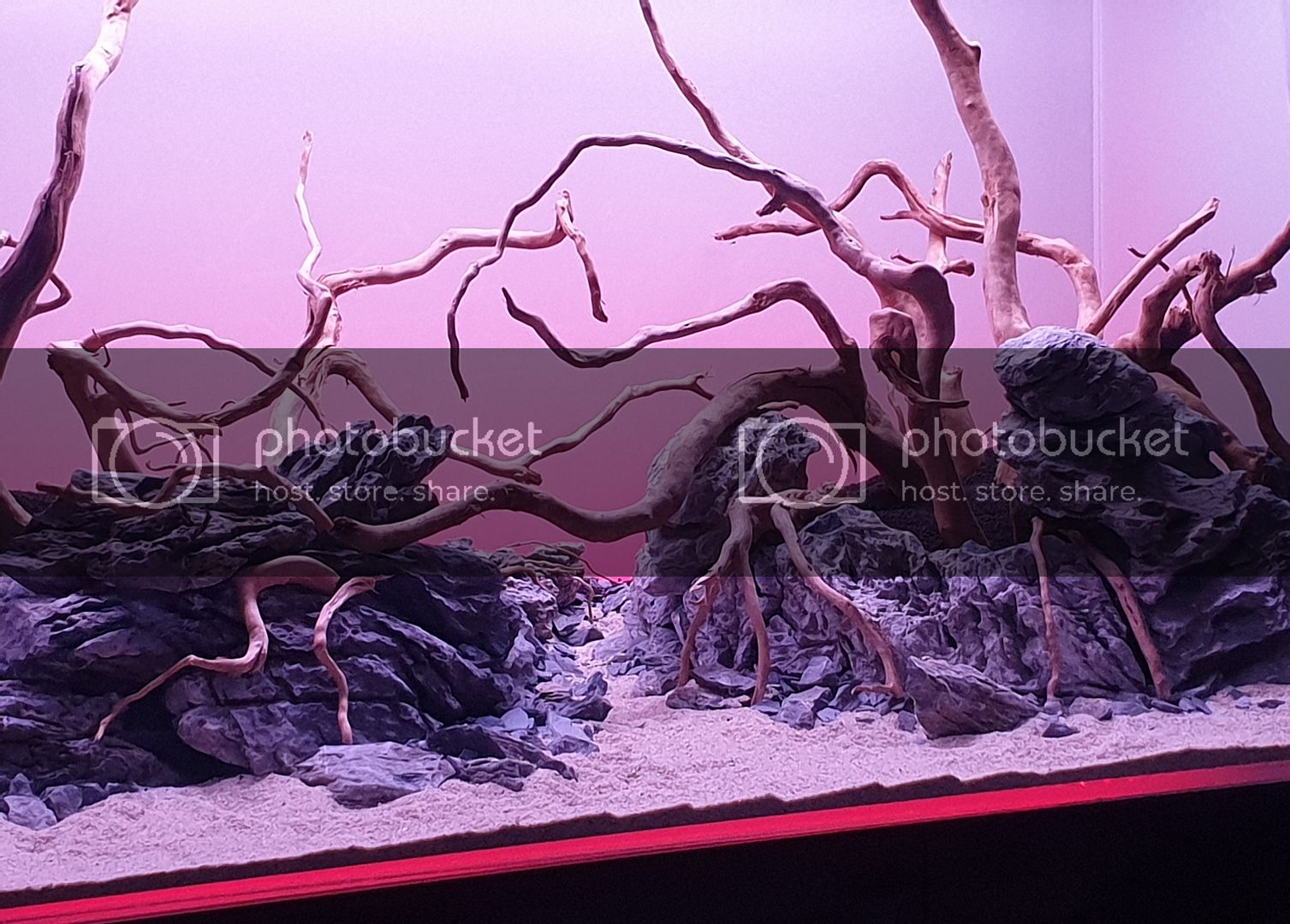 Arana said:
Been adding some wood details, nothing glued in yet as I'm not sure if i like it or not, welcome you thoughts... 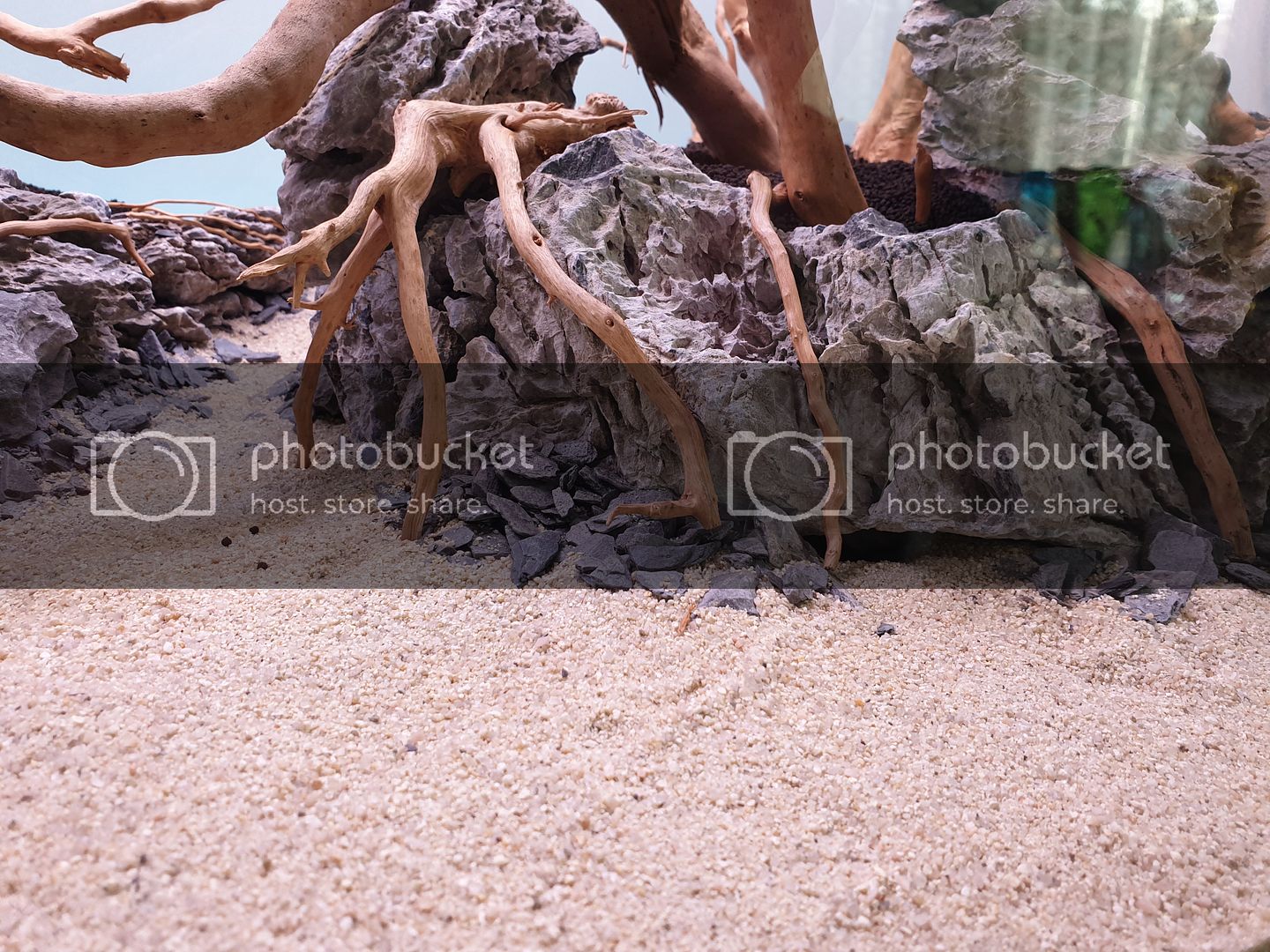 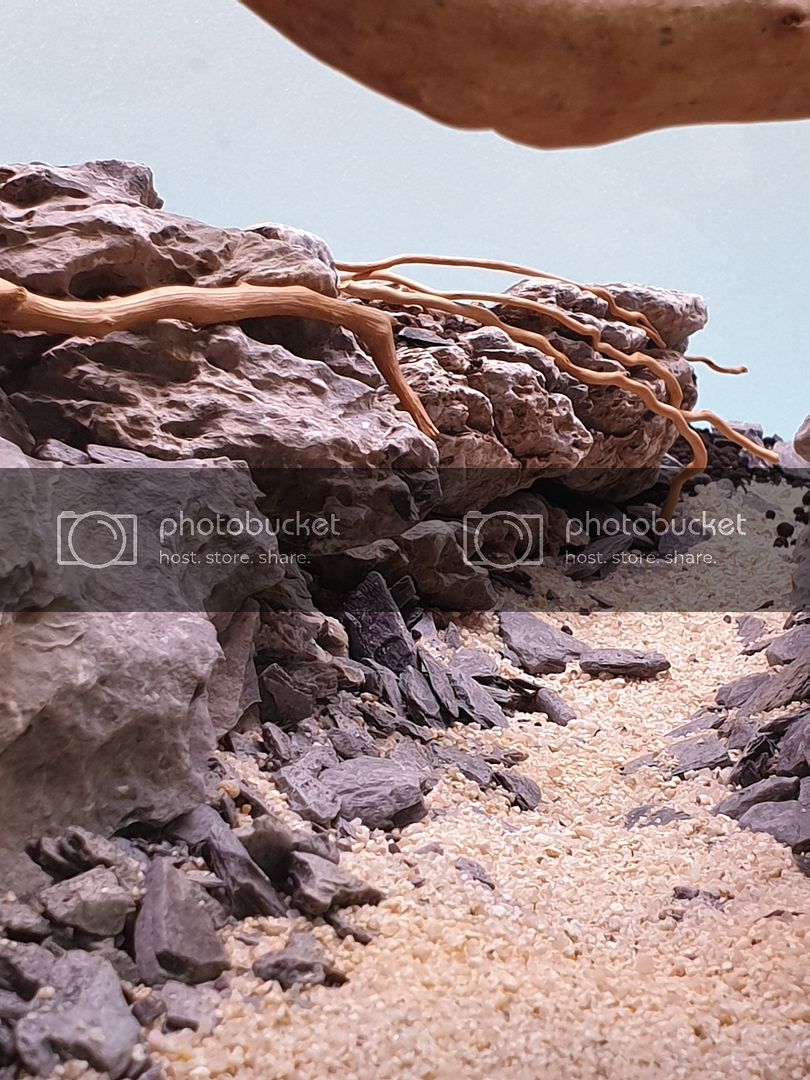 Sent from my SM-G960F using Tapatalk
Click to expand...

Ady34 said:
I like them, they look really natural

The wood is now glued in, so i will live it with until the weekend and if i can refrain from anymore tweaking i will get it filled and then put my plant order in with a view to planting it up the following week. Here is a short video of how it looks now.

Jayefc1 said:
Have you been through and plugged any little holes as the soil will quickly move through gaps once water is added

I have Jay but you can almost guarantee I have missed one somewhere! All the gaps I could see were plugged with filter floss and crushed rocks.

Looking sweet. Can't wait for the updates. Wish i'd have found UKAPS before i started my tank. I'd have loved to do a journal & get help along the way.

Jayefc1 said:
Hah don't you always mate it's easier said than done to plug all the small holes lol
It looks really good mate what plants you got in mind are you going back to AG for your plant

Working on the plant order now, will be getting them from @Aquarium Gardens next week, cant wait!

Nobby Allen said:
Looking sweet. Can't wait for the updates. Wish i'd have found UKAPS before i started my tank. I'd have loved to do a journal & get help along the way.
Click to expand...

You could always get another tank

You could always get another tank

And that's how the addiction starts

I can’t tell of you’ve already done this from the photos, try to have sand (depth level) rising to the stones

Jayefc1 said:
Ohhh no he has MTS already that's not good at all
Cheers
Jay
Click to expand...

Going to take my time with this until it's right. Still can't decide on lighting. Would love a kessil a360 but i just can't bring myself to part with that much money

So my simple solution to the issue of the rubber suckers not sticking to the frosted film on the side of the tank was to use these self adhesive acrylic mirrored tiles fro Amazon.

As you can see being a mirrored finish means they are nice and smooth for the sucker to stick too, worked really well 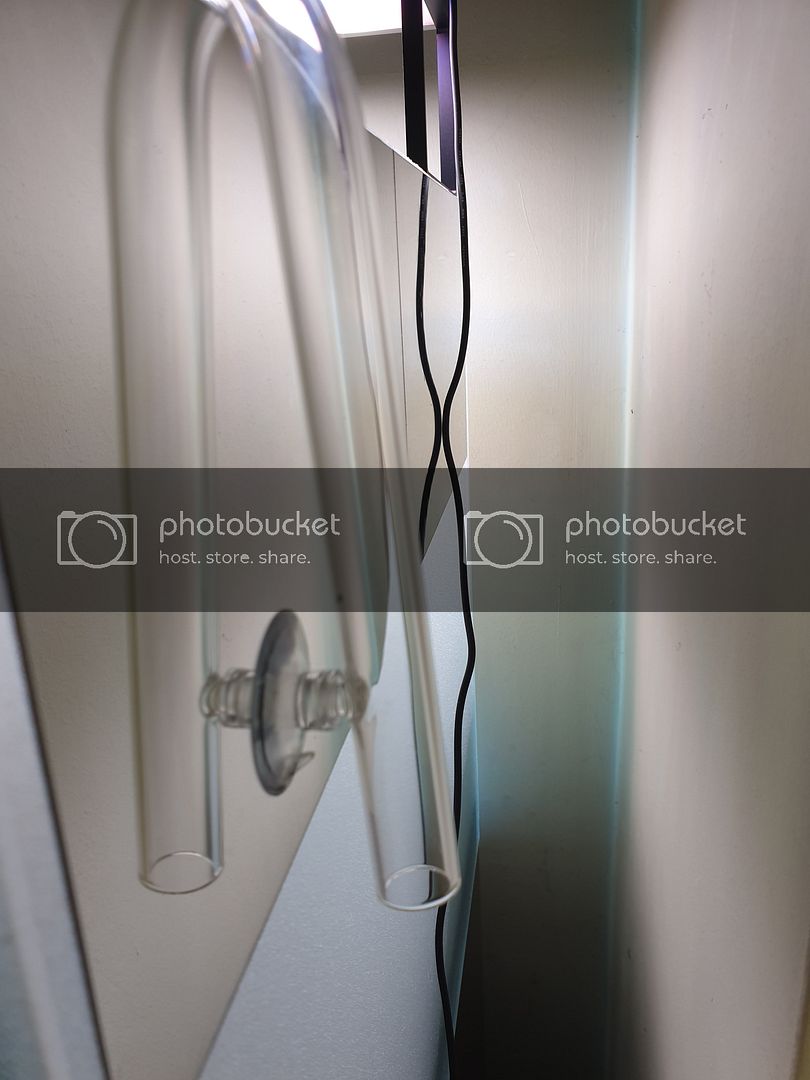 So it was time to fill the tank today, the plants have all been ordered from @Aquarium Gardens and i will be collecting them next Friday. Meanwhile i had some mosses and some Utricularia Graminifolia growing emersed under lights in the kitchen, so i thought i might as well get them attached to the wood. 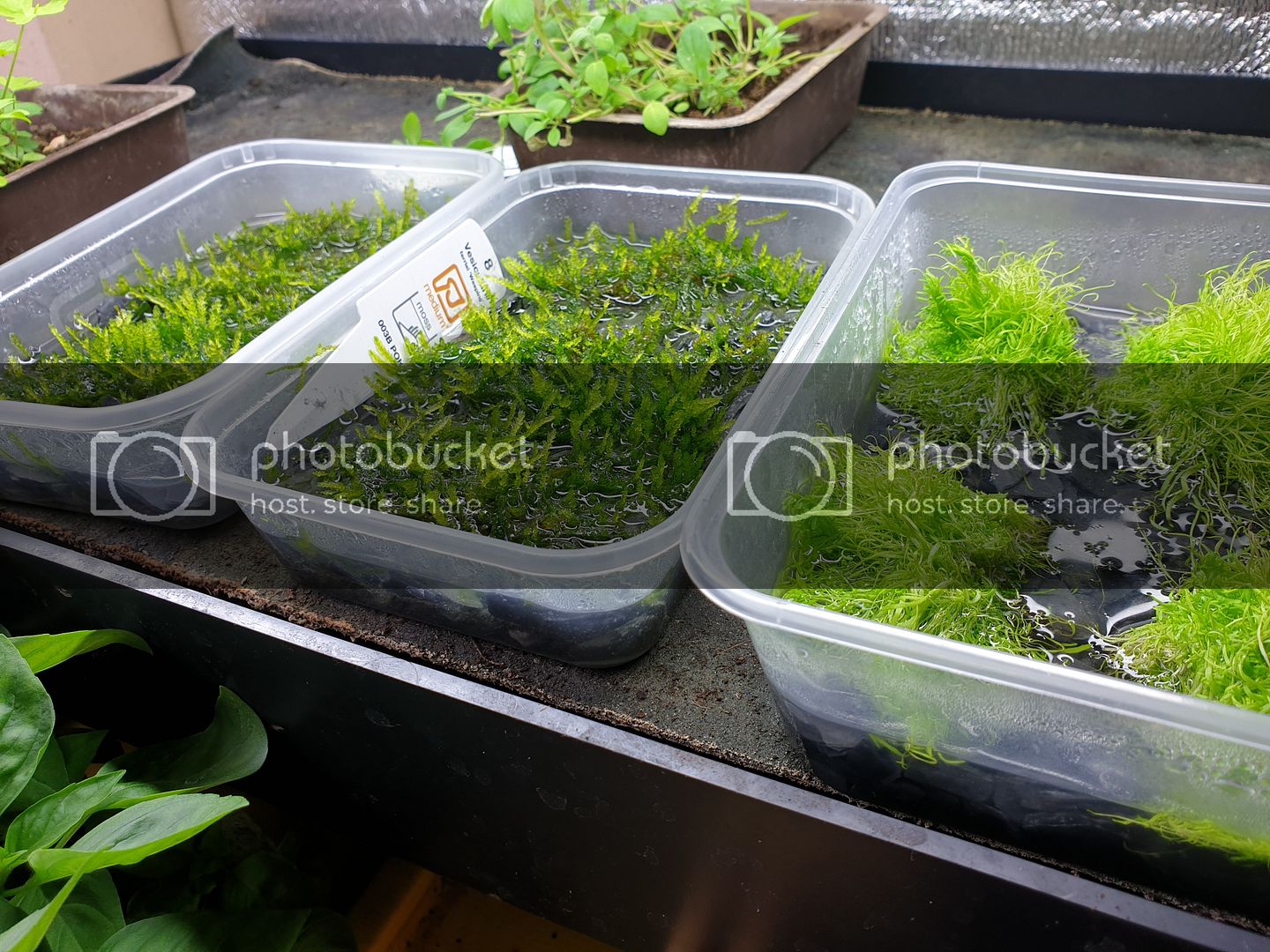 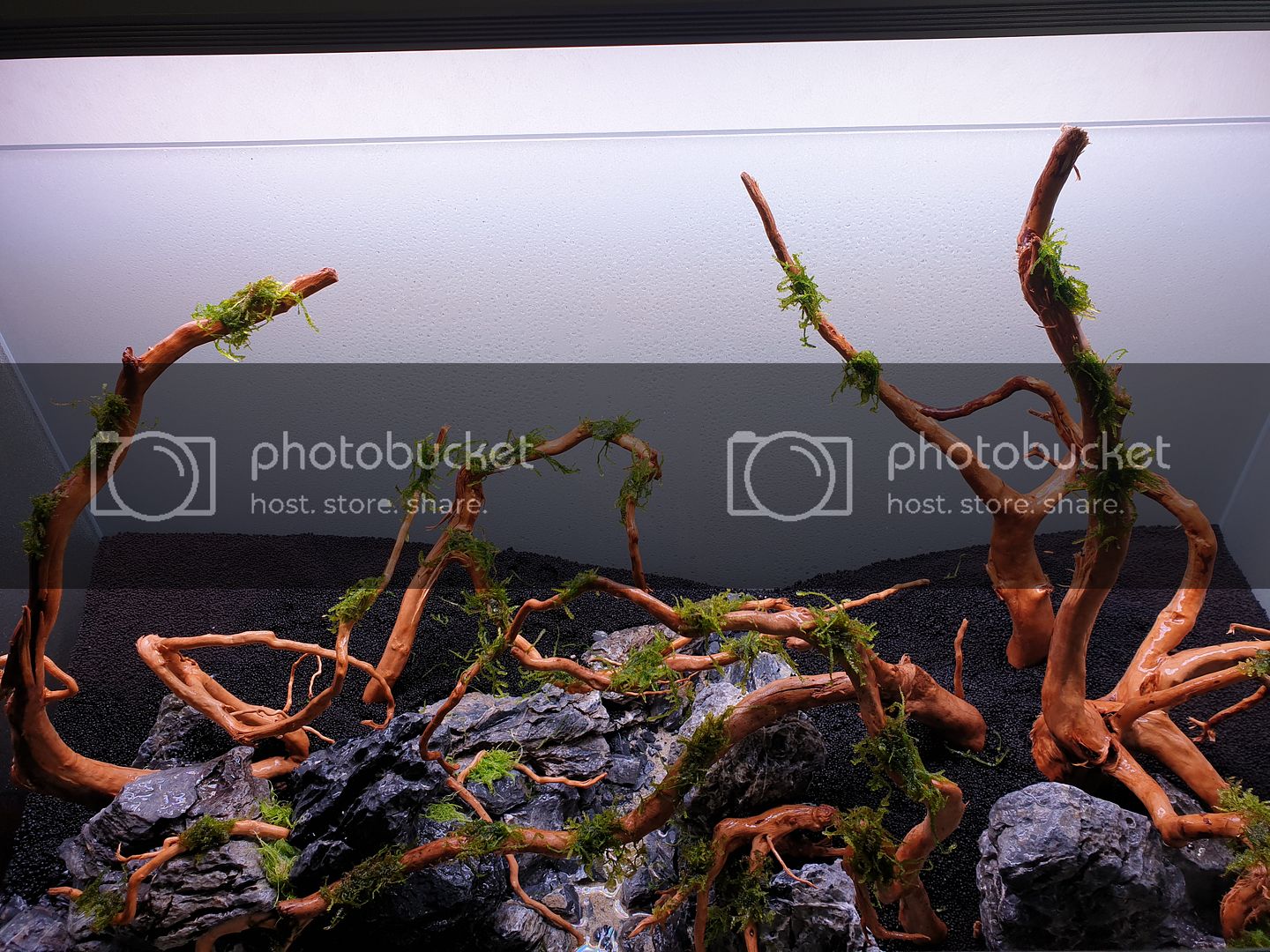 Got the filter all set up, the only modification i made was to swap out the prefilter sponges for some 30ppi ones, i left one 30ppi sponge in the bottom tray, added Purigen to the top tray and everything in between was replaced with Neo Media Soft.
I then filled the tank slowly adding a dose of Seachem Prime and Stability.

This is where we are now, just need to fit the CO2 and get it planted next week. Meanwhile i will be doing daily water changes.

This is the plant list that i have ordered... So far!

I’d add some fast growing stems to the mix, eg, Tropica Auxiliary plants
(in my soft water nothing grows faster than H zosterfolia, even from the 1-2-Grow cup

I recommend trimming the moss back to the wood - you can save all the trimmed bits and add elsewhere (if you want more moss on wood) as quickly shown in this GF video
(Jurijs mit JS does a more in-depth moss vid for this technique ..... one of my favourite Green Aqua video moments is when FO tells B he needs to Trim That Moss