I'm trying to ascertain what percentage of planted tank enthusiasts use heating cables.

Please answer the poll below.

I doubt you'll get many yes's mate!

This is the new school baby! LOL

A big NO from me

Absolutely no way i will ever use heating cables :!:

I bought one of my tanks on ebay and a heater cable was thrown in as part of the sale. To this day I have never used it, never saw the benefit in using it, and it's just another cable uglying up the tank! so my answer is nay.

i am in the minority here, i am using 2 x 75W Dennerle Bodenfluter cables rigged upto a Duomat Evolution D/L. I bought all this gear a year before finding this site.

Not being an expert (like yourself ), i can only notice root growth is very fast, but it is early days yet with my tank.

There is also a layer off Deponit mix under the gravel.

My first tank had a heater cable alongside a sand/laterite substrate, high light, CO2 and EI dosing. Plant growth was very quick and very healthy. Basically, there probably wasn`t anything I couldn`t grow.

During the summer, the tank temperature was getting quite high, especially with the T5 lights on, so I switched off the cable heater. Seven months down the line, it hasn`t been switched back on and there has been no discernible change in plant growth that I have seen.

Since the rescape in January, I have taken the cable out, and will probably never use it again.

Some of my tanks have them, some not. Depends on what substrate you're using - I wouldn't fancy using a soily/peat containing substrate like Dennerle's without a cable. The other consideration is the temperature of the room and the insulation at the bottom of the tank - I've had tanks in cold rooms that had noticably cold substrates (I could tell when I was replanting). I'm sure that can't be optimal for growth - soil heaters have been used in terrestrial horticulture for over 200 years, and I wouldn't want my plants to be growing in two widely differing temperature zones.

If you have a modern house with double glazing, insulation, and heating this won't be a problem.

I had a small tank years ago that wasn't really being used so I set it up with soil/sand under gravel with a cable, tiny internal filter and (I think) just one tube for light. No CO2 or fertilisers. It grew like a mental thing, even plants that were supposed to be small had to be harvested weekly, and in the end I took it down cos it was so much work keeping up with the plant growth, and just put a fighter in it.

I wouldn't be worried about setting up a tank without a cable, but I don't understand the current 'hatred' of using them. Just a fashion I suppose - maybe next year Amano will start using large swordplants in his tanks again, and then the current batch of Cyperus, Pogostemon and Utricularia will all be composted and everyone will have to have the latest sword! (Actually it's more likely that he'll start using a plant we haven't heard of yet, or that hasn't been used for 50 years.) There are lots of fantastic tanks on this site (and others), but they are so fashion led - looking at any picture of a planted aquarium from the last fifteen years it's quite easy to date it to within a year or two - what about Amano's turquoise background years (thank god that never took off in a big way!).

There's plenty of options available in equipping, designing, planting and maintaining a tank, and I'm for it. Choice, freedom, creativity, patience, nurturing.

Enjoy all your tanks, and enjoy other people's - even if they have some different ideas from you! Nick the ideas you like, ignore the others!

DId you say the word RESEARCH?

Generally people conduct research into issues/areas that they DON'T know about. It's about discovering the unknown, being a pioneer and going into uncharted territory.

Unfortunately the subject of this thread does not fall into the above category for the reason that the issue was resolved ages ago. If person A says that they can't grow plants well without heating cables, but person B has the same if not better result without heating cables then there is nothing to "research".

Heating cables get in the way anyway, and why should I be shelling out 75 watts in extra electricity for some "placebo" effect. That 75 watts can be better spent on the filtration and extra lighting.

SKS - jeremy is doing research on whether or not people USE them, not why or how. Its as simple as that.

I never have. I don't hate them and I wouldn't stop someone from using them, but I think the problem lies in that companies sell them as an 'essential' for a planted tank when its not the case at all. I also prefer to spend my money on things that are guaranteed to make a difference to plant growth, like better lighting or a CO2 kit, etc.

Dan Crawford said:
SKS - jeremy is doing research on whether or not people USE them, not why or how. Its as simple as that.
Click to expand...

That's my point: the one's that are using them should not, and that ones that aren't using them are doing the right thing.

For my next project I'm going to take a survey of people in the general population who still think that the earth is flat. . . .

sks said:
[
For my next project I'm going to take a survey of people in the general population who still think that the earth is flat. . . .
Click to expand...

You may well be surprised.
S

sks said:
For my next project I'm going to take a survey of people in the general population who still think that the earth is flat. . . .
Click to expand...

Indeed, I fully expect to be well surprised. But the point of the matter is that the result of such a survey is useless since the issue has been resolved.

I remember the first time I heard about the term "placebo". In order to the test the effectiveness of a drug a group of people with said ailment were taken and split into 2 groups equal in number. One group were given the pills to be tested, and the other a dummy pills that did nothing but they were told it was the real thing. It's quite amusing that they have to do this, and are still doing this . .

sks said:
But the point of the matter is that the result of such a survey is useless since the issue has been resolved.
Click to expand...

Please refrain from being so aggressive in your posts. Referring to Jeremy's poll results as "useless" is frankly quite offensive.
N

I thought they were supposed to create a gentle current of nutrient flow through the substrate.

Personally, my tank is sitting on an electric blanket thing and its has served it well for the past 6 years.
(OK, I'm doing a refresh right now, hence my stumbling into this forum).

Hey, can i change my answer to NO please.

Removed mine when the subsrate when anerobic, removed all deponit mix and gravel, and 2 heating cables, and exchanged for ADA aqua soil. 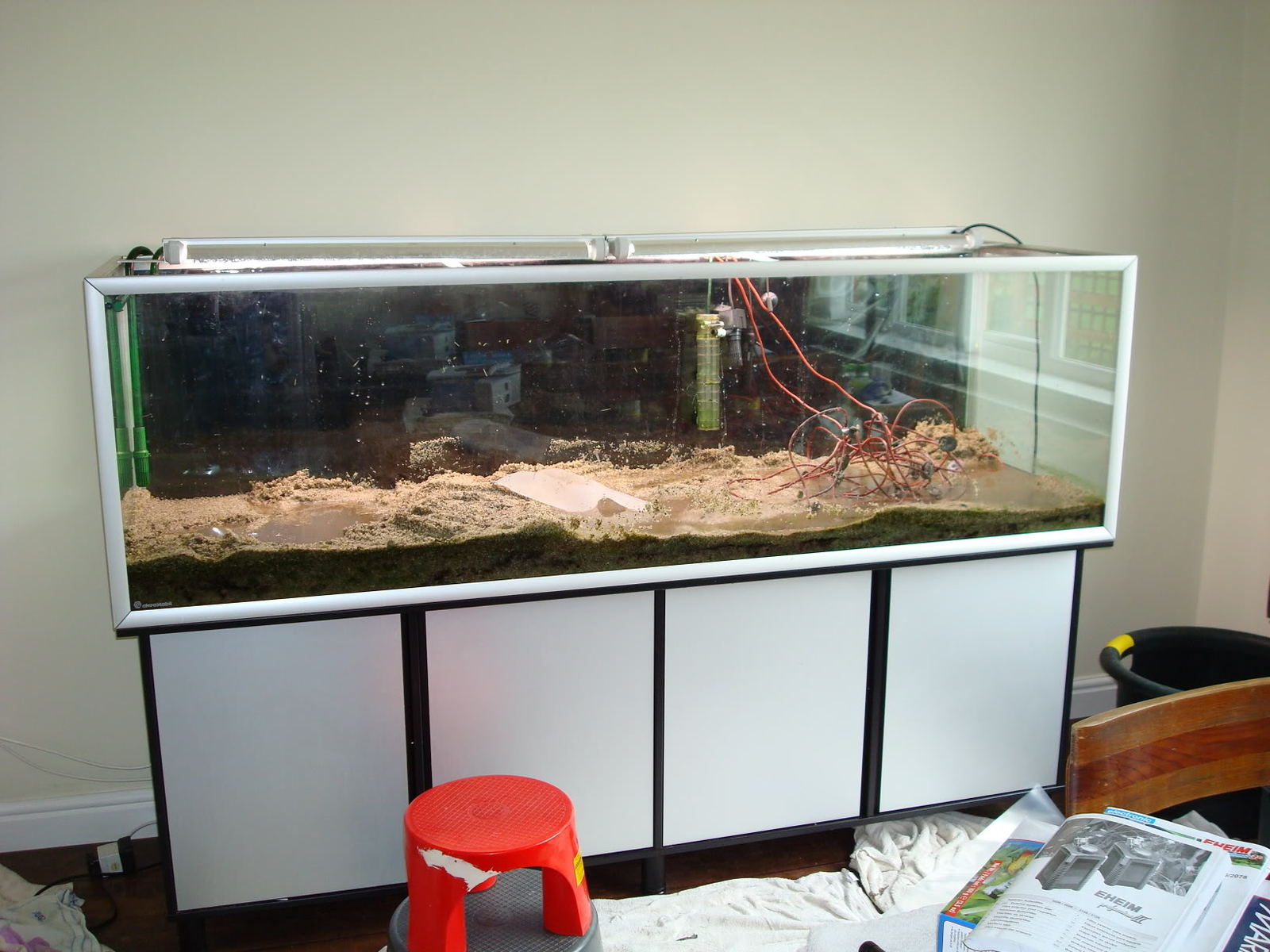 I started with one but it has remained off in the last couple of months, I won't use them anymore as I really don't see any difference.
You must log in or register to reply here.
Similar threads