Having lived there for over a decade I don't really like the city, but it's great for shopping. In between credit card swipes I was able to snap a few frames. Uninitiated tourists visit Macy's and succumb to ADA level pricing. The intrepid shopper follows the yello brick road to the discount/imperfect shops like Marshall's or D & D's. Ralph Lauren Polo shirts (all of which are made in Bangladesh) can be had for as low as Â£12 equivalent. Any photo bug visiting NYC should check out B & H Photo at the corner of 2nd Avenue and 33rd Street (near the Empire State). It occupies an entire block.

A friend picked up a D40 Kit with 18-55 DX lens. This is a nice upgrade from compacts to SLR. Highly recommended. At the very widest zoom setting there is vignetting if multiple filters are employed, but is otherwise solid.

Rockefeller Center has a lot more flags than I remembered. The wind cooperated.

The skating rink was being redone for a concert so had to crop out quite a bit here.

Inside St. Patrick's Cathedral I was able to sneak a few flash shots. I think this is an infant's baptismal urn.

Anyone for a Michalangelo knockoff?

Since the City isn't my thing, I bailed out to upstate NY (Steely Dan territory) and and beyond to check out the falls. This is taken from the 41st floor of the hotel on the Canadian side with the cheapest Nikon lens known to mankind; The plastic 70-300G bought from B & H for a mere Â£60 equivalent.

The optics are very near lenses costing 10X as much. What you don't get for this price is metal parts/mounts, image stabilization (VR in Nikon lingo), wide max aperture, and you don't get complete immunity to purple fringing at the wider apertures and longer focal lengths. This lens also doesn't autofocus on a D40 but metering still works. All these things conspire to generate fuzziness in images which have nothing to with the actual sharpness of the glass. If you stay away from the extreme long end and the widest aperture, the lens is almost as sharp as it's more expensive brethren and the Â£500 you save will buy you a trip to New York where you can then take the picture. This shot was taken through the 1 inch thick hotel room glass at the 70mm setting and at f8.

Of course I immediately ignored my own advice and used the longer zoom setting, 240mm:

Here you can see a bit of pin cushioning at 240mm if you look along the roof line.

This is a shot looking down at the tour boat using the more sophisticated 18-200 VR DX lens.

These are taken from on the boat while desperately trying to keep the hunk of VR glass water free.

These poor saps are viewing the smaller of the falls on the American side from the aft side of the fall. I think there were some scenes from a Marylyn Monroe film shot there some time ago so that may explain the tours popularity. getting doused while dressed like a banana is not my scene. I'll just wait for the DVD.

Some amazing shots! Love the one of the tour boat. Looks like you had a great time
nickyc

ceg4048 said:
This is a shot looking down at the tour boat using the more sophisticated 18-200 VR DX lens.
Click to expand...

Hey Dave,
This is another case where lens superiority is expressed in ergonomic features, not in optics. While the f2.8 is useful, is it really worth 1000+ quid? Optically, the new f2.8 is not much better than the VR 70-300, and is about the same as the (circa) 1996 80-200 f2.8 which was Nikons professional telezoom of choice for a decade. All three are long and heavy - so you have to lug them around your neck all day like a pack mule. If you are using a DX frame size camera then you are only using the center 2/3rds of the glass where it is at it's best. The argument is a little different if you are using a full frame digital or a film camera where the weaknesses at the edges of the glass (like light falloff and softness) are more evident.

Next stop for me is the Medina in Marrakesh with all those indoor markets, so the f2.8 with VR appeals in that kind of light. Anyway Clive, you know me and my penchant for overpriced glass.

An FX sensor camera may well be on the cards one day too.

Any more pics of Americaland?

Dave Spencer said:
the Medina in Marrakesh with all those indoor markets
Click to expand...

My favourite place in all the world Even I can take a decent pic in there so I'm looking forward to some pro shots!
nickyc

May as well come to the USA, Still Prez Bush has driven the dollar down 41% over his 7.5678 years (and counting) tenure.
So your pounds will buy a lot here.

NYC is neat, but the West Coast has nicer water falls(many more and much higher), but Niagara is awesome.
Weather here is a lot nicer too

B+H is pretty cheap, but Hong Kong is what NYC is to London.

Feather falls is about 250 meters 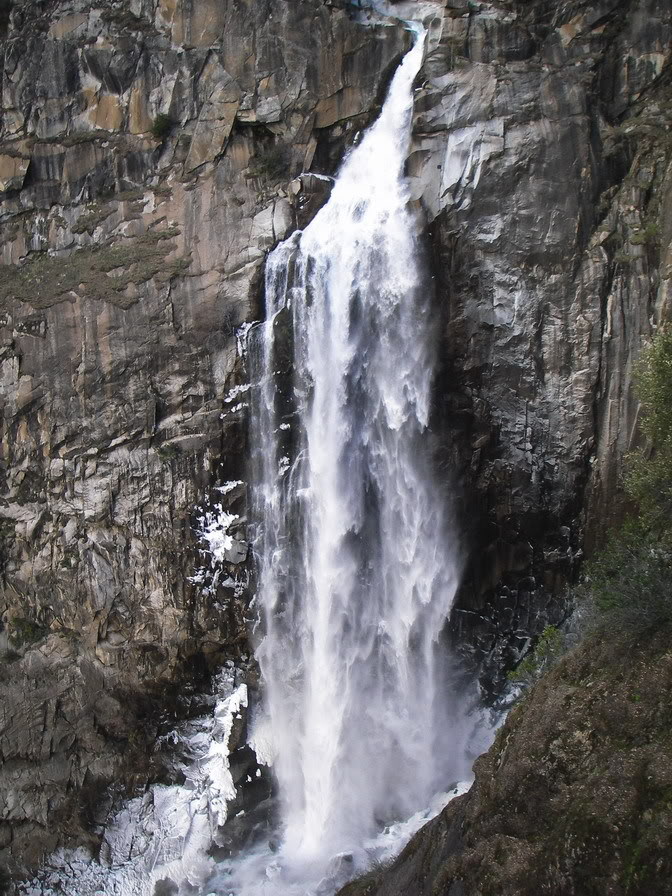 No tourist and throngs of people.
All yours for an afternoon. 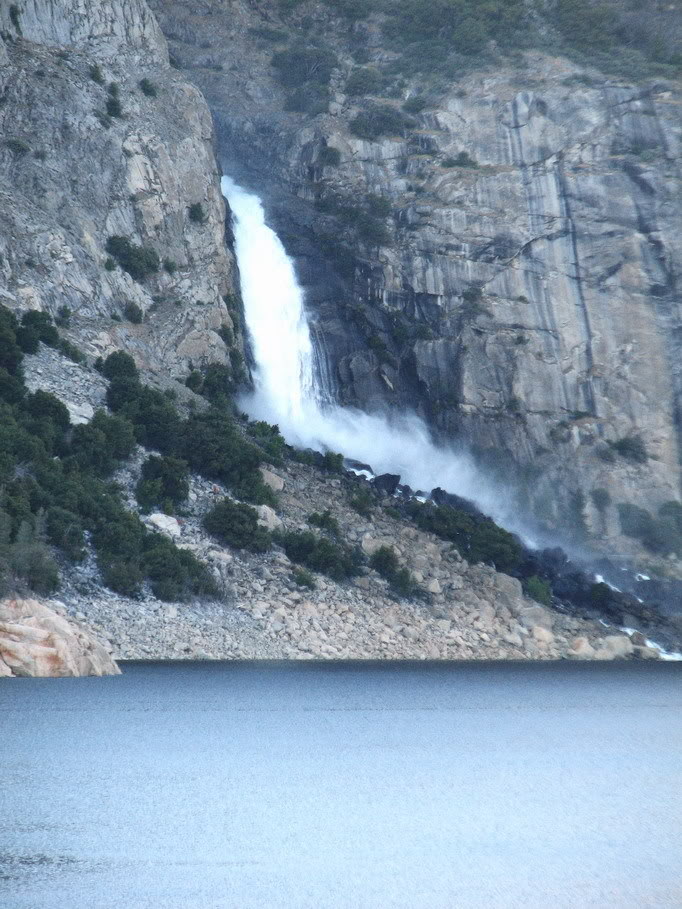 This one is 400 meters and hurricane winds from the spray, much like Nig, but I think I saw 2 people all day.
Then there's Yosemite, but there are lots of people there. 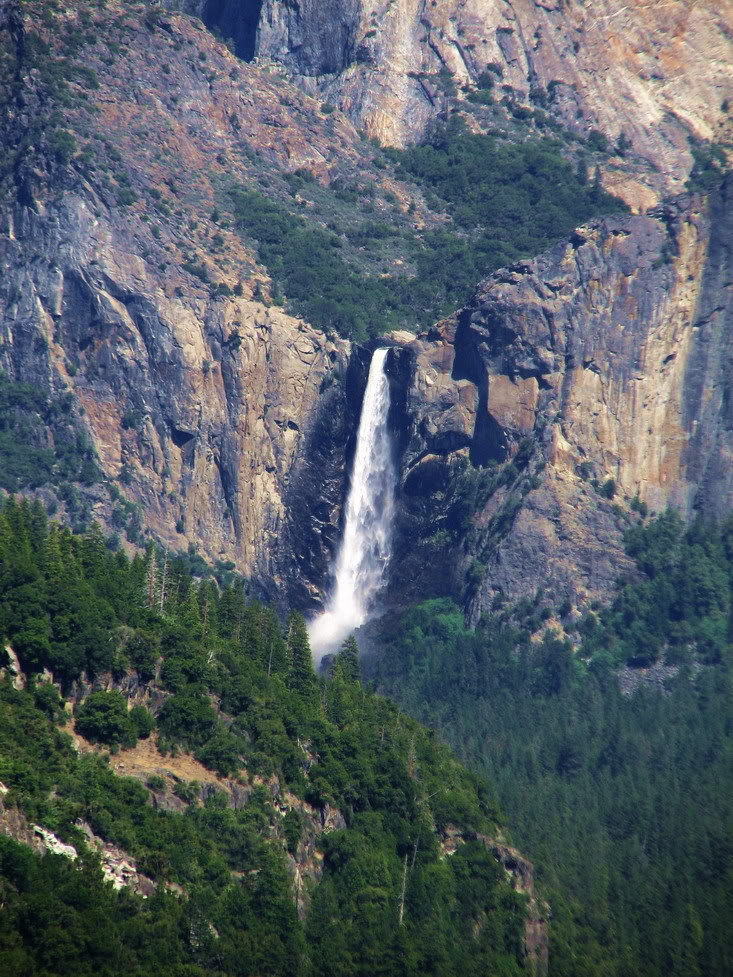 Not bad pics for a cheapo lens.

plantbrain said:
May as well come to the USA, Still Prez Bush has driven the dollar down 41% over his 7.5678 years (and counting) tenure.
So your pounds will buy a lot here.
Click to expand...

Hi Tom,
Yeah, tell me about it. My salary is in $$ and I grind my teeth every time I spend money in UK because everything costs double for me. NY petrol prices are $4.25 per gallon while here it's closer to $10 per gallon equivalent. I heard a lot of whining about petrol but every fourth car I saw was a gigantic gas guzzling SUV. In two weeks I counted exactly one Volkwagen Golf and exactly one Smart Car. What's up with that?

plantbrain said:
NYC is neat, but the West Coast has nicer water falls(many more and much higher), but Niagara is awesome.
Weather here is a lot nicer too
Click to expand...

Yep, gotta agree 100% about the weather. I worked at the Naval Test Center at Point Mugu just south of Ventura some time ago. Used to dive the Channel Islands which still had some kelp forests dotted about. Dream about that place every Winter...

If I weren't so lazy I could have gotten out there at 6AM and taken some shots people-free. The throngs only come out after about 10AM.

plantbrain said:
B+H is pretty cheap, but Hong Kong is what NYC is to London.
Click to expand...

True, but then you'd have to be trapped in that tin can for a 14 hour ride, wouldn't you? I'd have to whip out the Prozac in order to deal with that.

Love the Feather falls shot. Seems like there is a lot of rough terrain to navigate in order to get the shots though. No wonder you only see two people.