A Tale of Two Roma's

John q said:
Well back from the jolly bobs and pleased to say all the inhabitants are well, took me about 2 days to complete the head count but pretty sure there's none missing.

The tanks themselves were in much need of a good trimming, even by my standards. I'd already removed a few entangled vallisneria stems from the gyre and ceratopteris from the wave maker when I took these pictures.

Both definitely in need of a serious bit of pruning..

In other news it appears I have an inclination as to what causes BBA, or at least what helps prevent it. Answer = regular maintenance 🙄.
Even though I've only been away 11 days it seems the lack of daily maintenance has given the dreaded algae the upper hand.
There's definitely a lot to be said for spending 20 mins a day observing the tanks, and dipping your hand in should you spy anything unterward.

So here's a couple of pics for the algae connoisseurs.

Blobitis seems to be the worst affected and have had to remove a fair amount of it.
View attachment 187012

Cryptocoryne providing lunch for the horned nerite. Also note the gsa on the glass.

Haven't so much put this picture up for its bba credentials, although there is some on the echinodorus and vallisneria tips, to me its a good representation as to how overgrown and dense the far left of the tank is becoming.

And a final token hardscape shot.

I should at this point apologise to the Mods for posting so many pictures without shrinking them beforehand, hopefully it won't overload the servers 🙉

Jimmy Cricket was famous for saying "And there's more" and there is...

So I've obviously got my work cut out over the next few weeks and have already done quite a big trim, will be doing another one this weekend and hopefully that will restore the flow around the tank. For anybody wondering why I didn't just hack the lot back in one go its out of fear of spiking the co2 which has happened to me in the past, and almost gassed my fish.

On a brighter note the little echinodorus has now turned into a fully fledged plant. Its still currently attached to the mother plant via the stalk and will be separated soon, only thing is I don't have space for any more sword plants so my baby is probably going to go in the bin.

The Mayaca red which I'd assumed was done for is actually starting to put out some new growth that doesn't look like a pipe cleaner 😜, nothing fantastic but it's not dead so that's a bonus in my book. You can see the old crippled rotting growth in this picture and the newer slightly better growth coming through.

Very nice job @John q ... Very lush and healthy! I always like mine a bit overgrown - or is it just me being lazy.

MichaelJ said:
Very nice job @John q ... Very lush and healthy! I always like mine a bit overgrown - or is it just me being lazy.

Cheers @MichaelJ tbh I've been trying to thin out the growth for a while and did give it what I thought was a good trim before I went away. Thing is I hate throwing plants, i think the fish like the tanks overgrown and ultimately I like the unruly look of the tank.
J

Super quick update: BBA is on the back foot.... lights increased to 100% ( thought I'd see what would happen 🤔.)
Rotala wallichii is showing some signs of stunting, but is growing. Fish are healthy, which is number 1 priority.. 😀. Cheers. 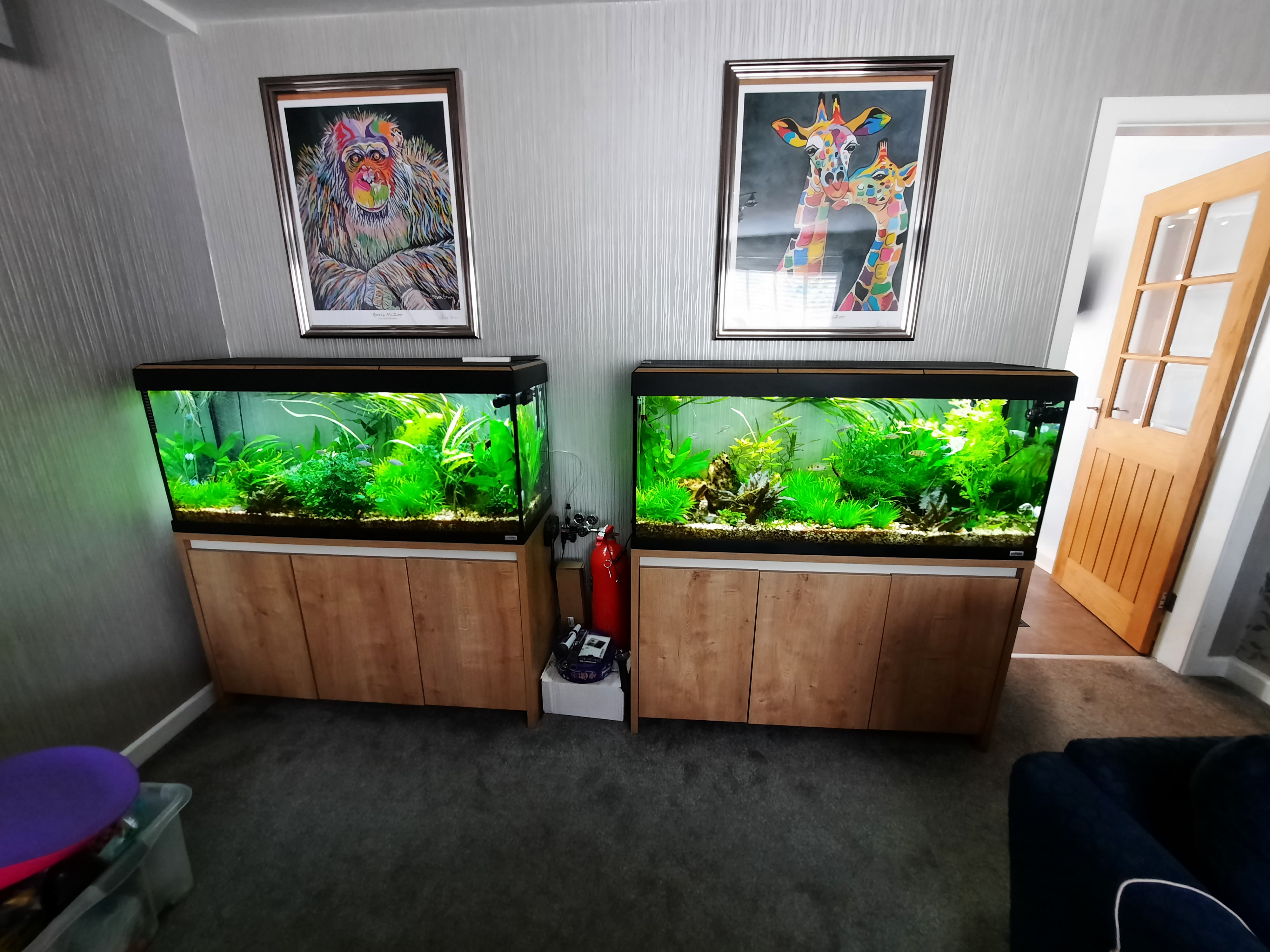 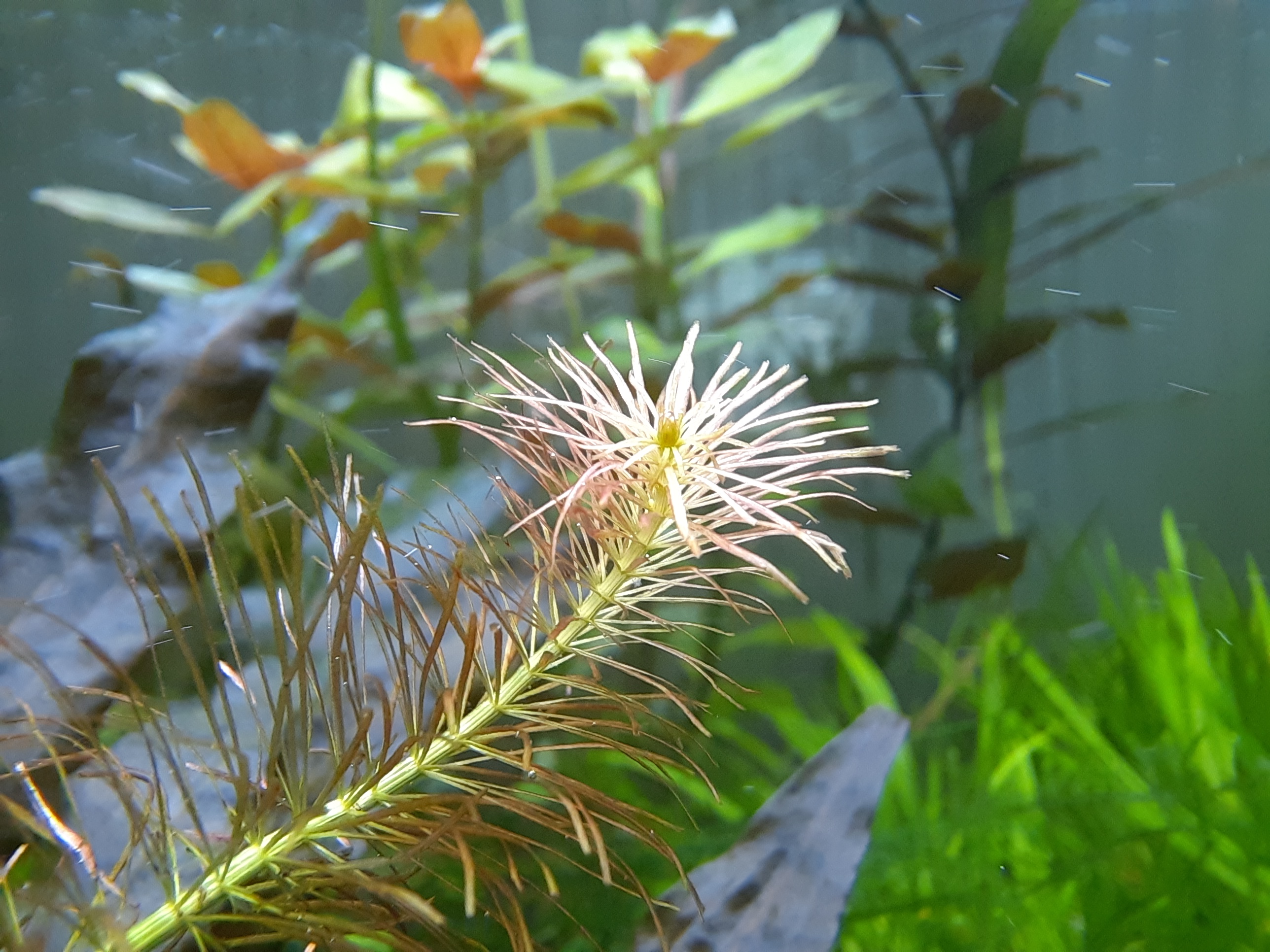 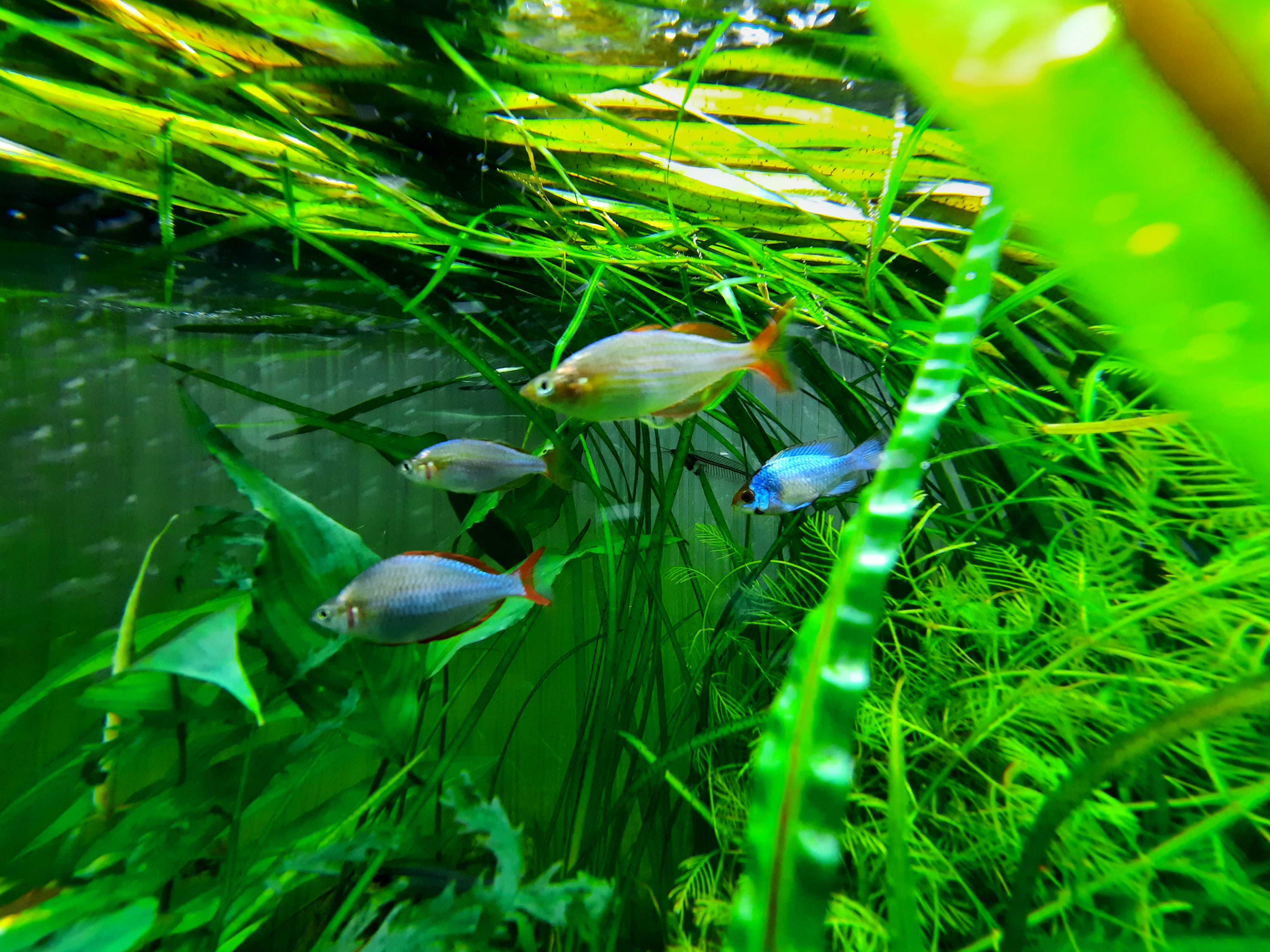 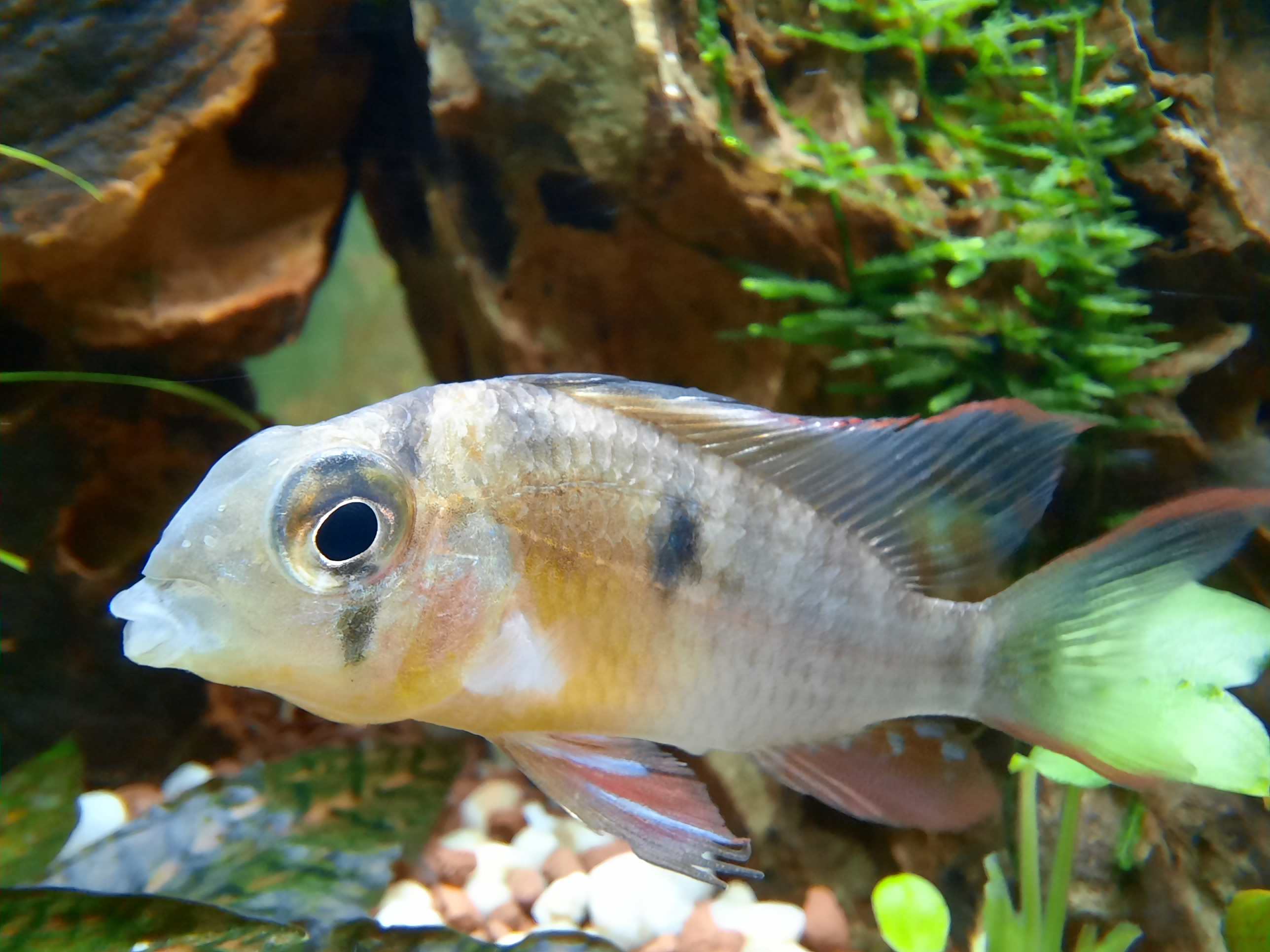 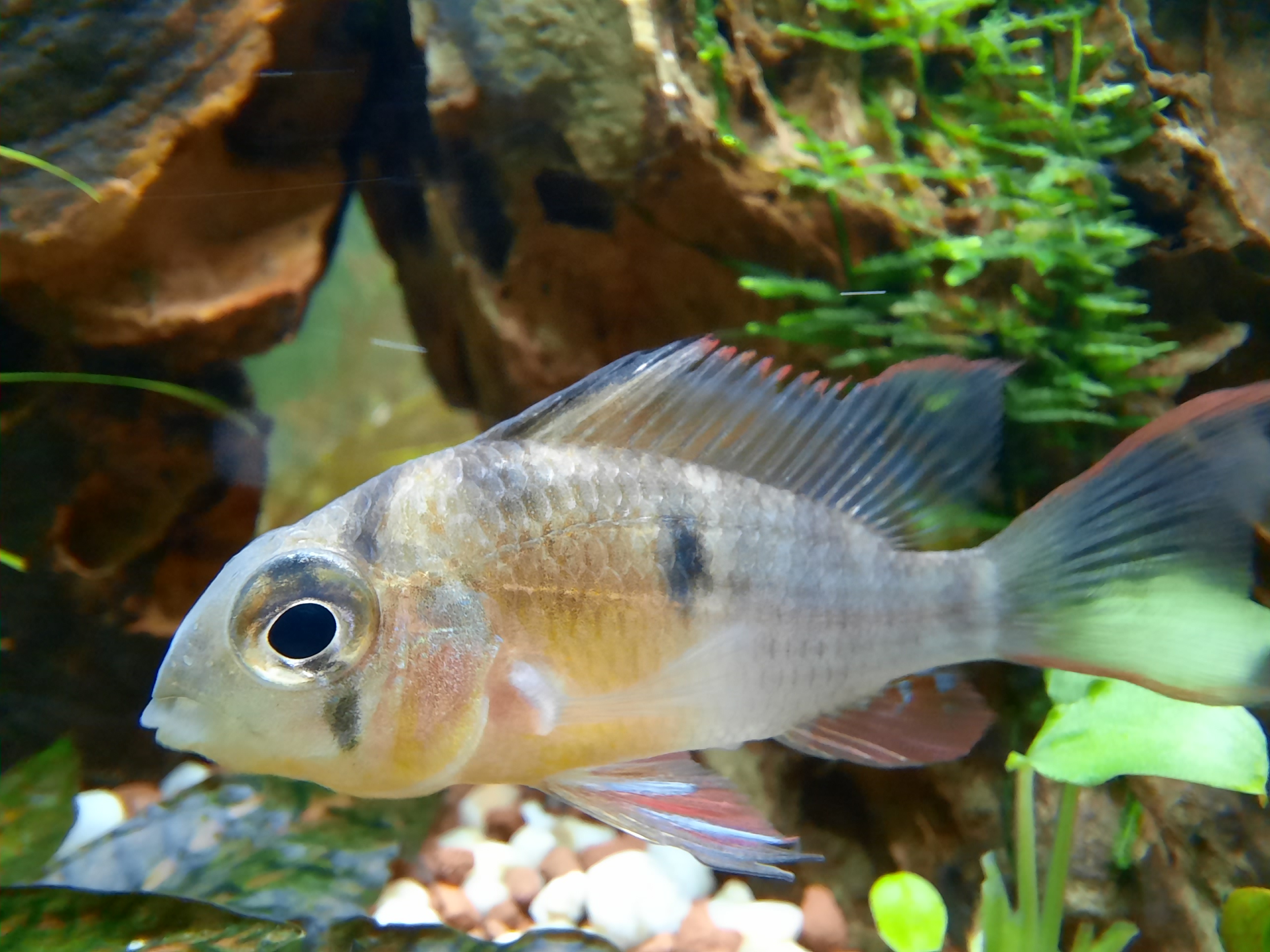 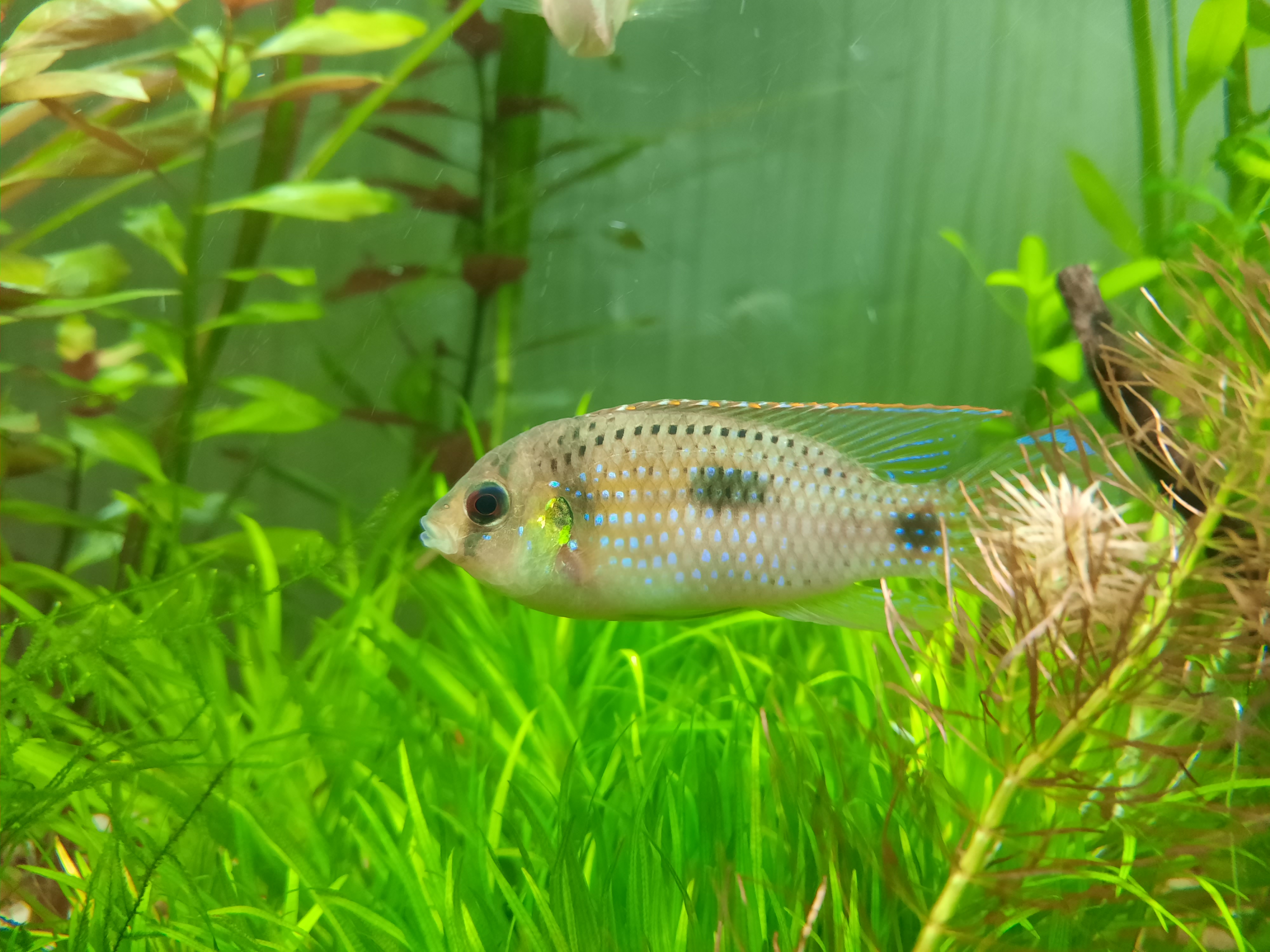 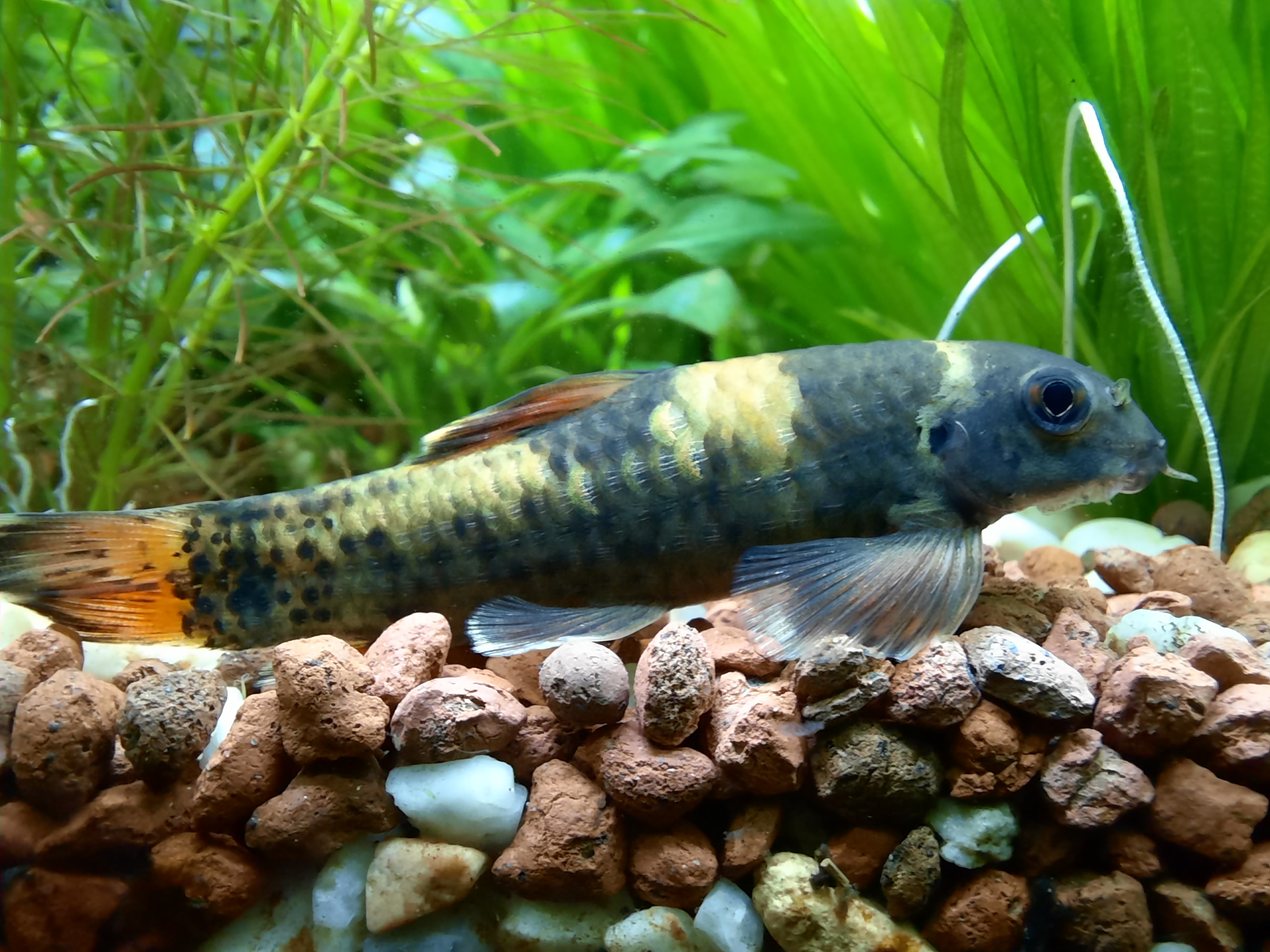 Chap at the front is called salt, lady at the back is called pepper. 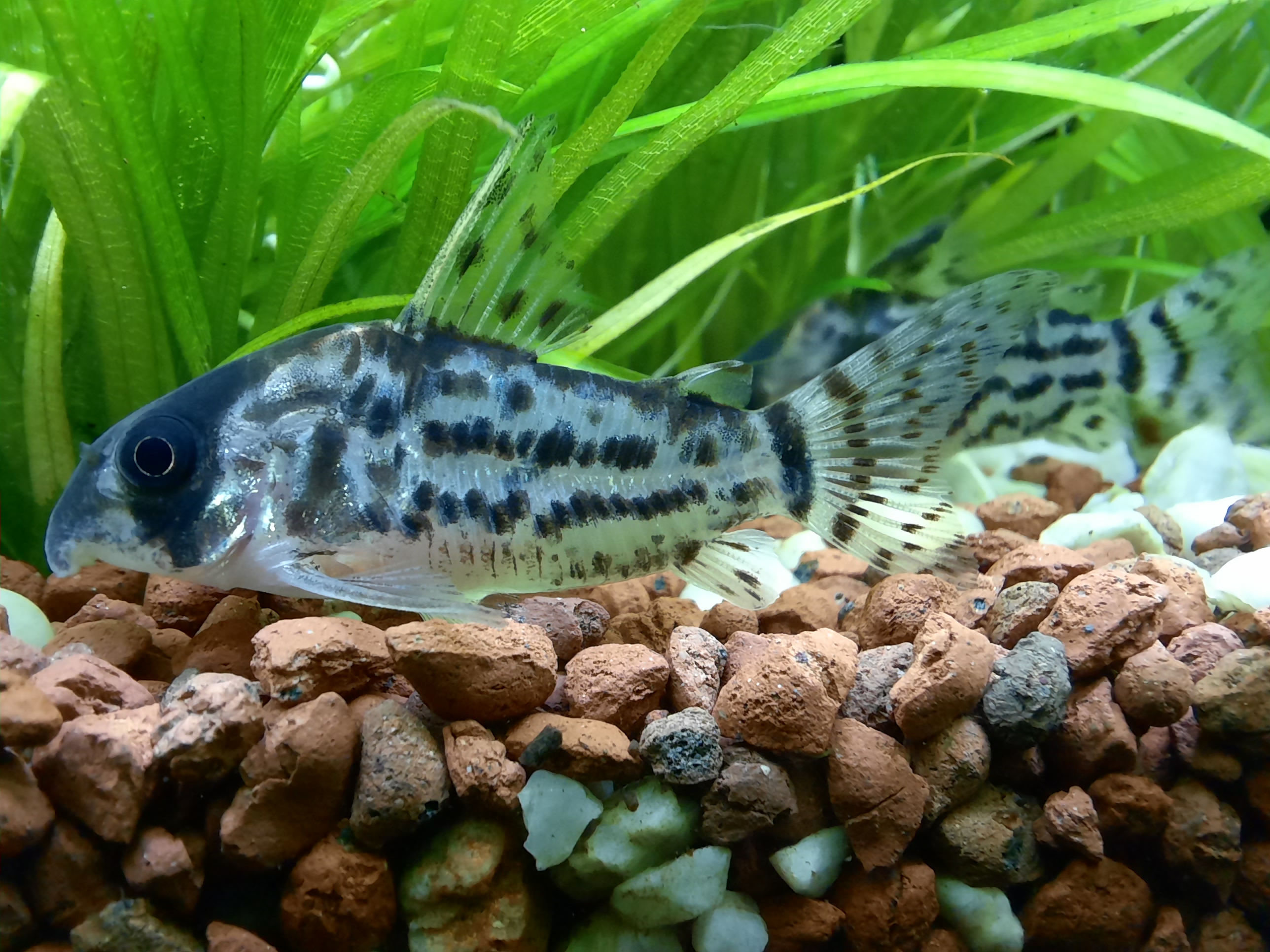 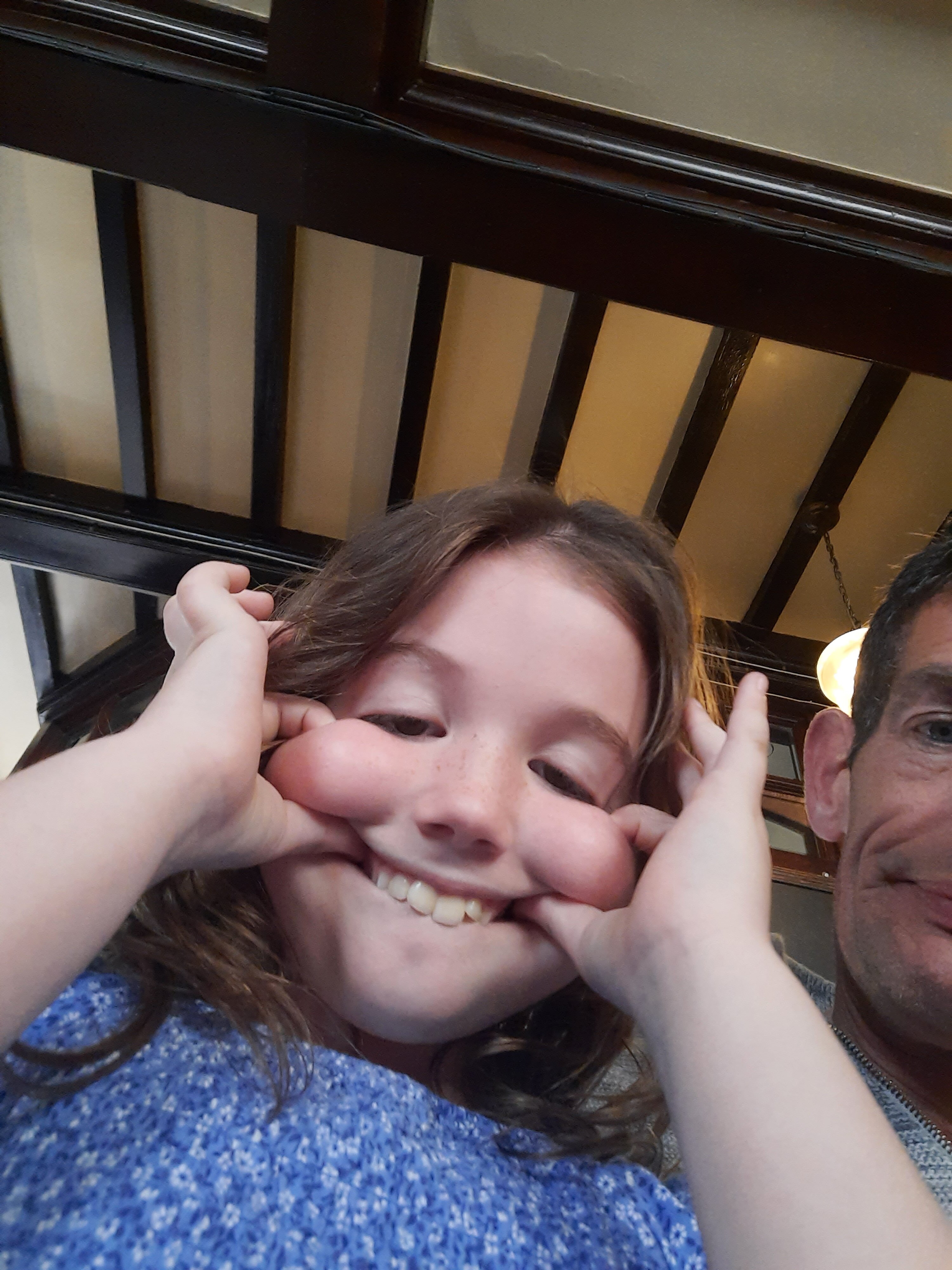 Probably time for an update...

BBA seems to like flow, to much flow encourages it, at least that's my observations.... so I've removed one of the wavemakers and tamed the gyre, bba is reducing 😀

Lights are currently at 100%, Water changes are at 60% with a mid week 20% thrown in. Fertiliser is added with the main water change, targeting 16ppm No3 and 5ppm PO4, micros dosed daily (0.1ppm Fe)

Is the regime working.. I've no idea

Rotala wallichii...
How can a plant sulk. Well this does, big time. Original stem via Roland is sulking and stunted, off shoot new growth is, ermm for me.... OK. 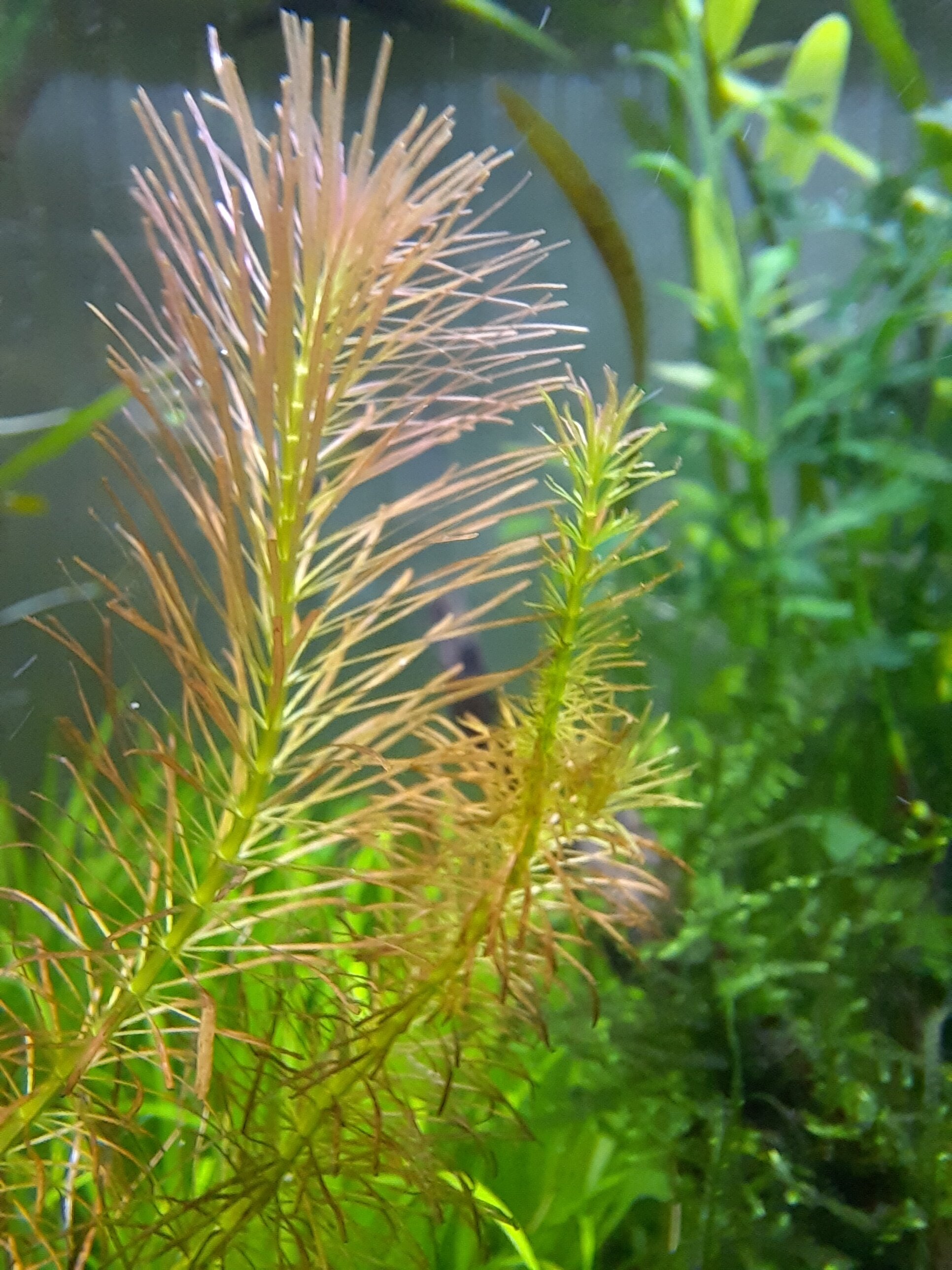 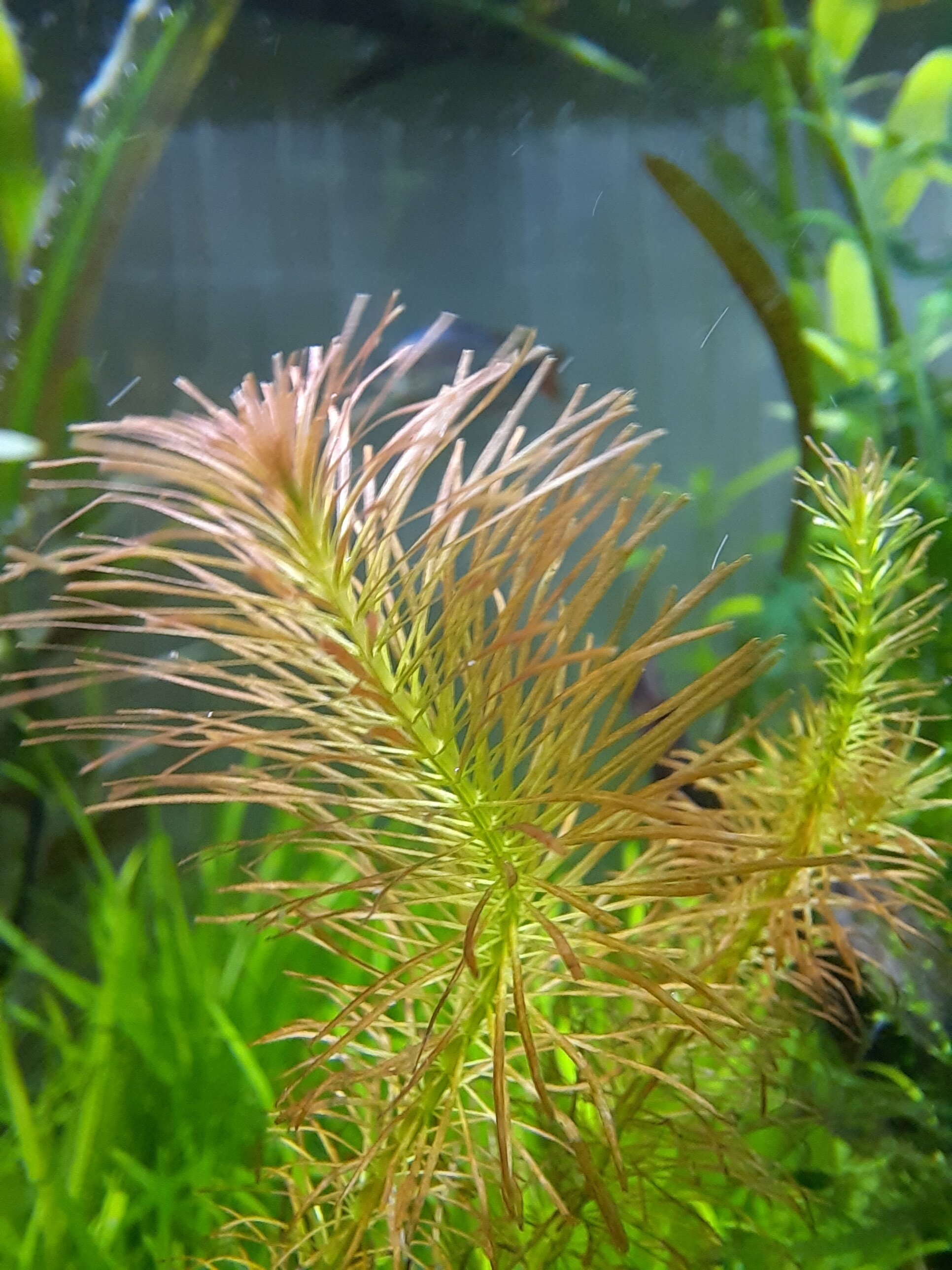 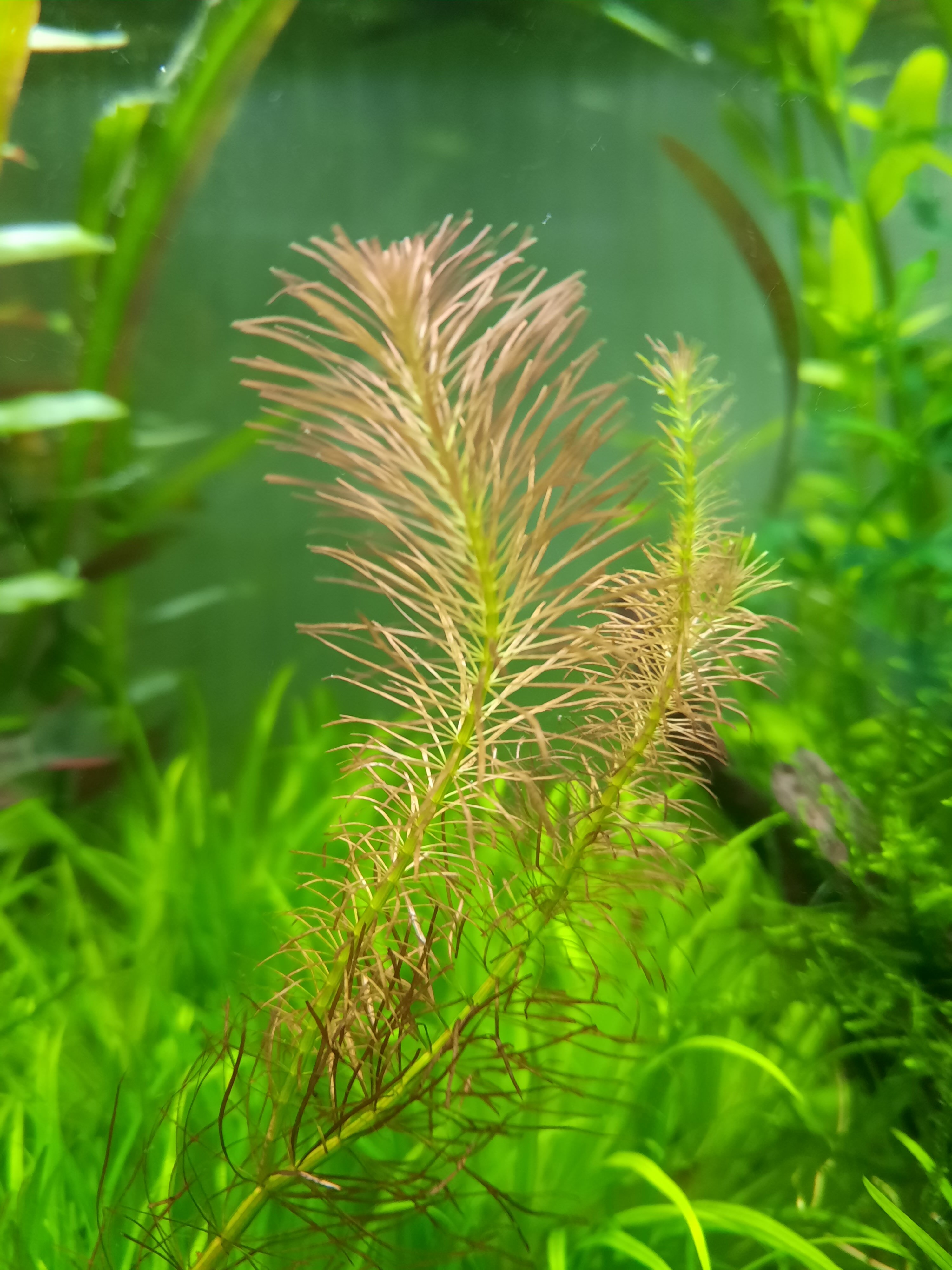 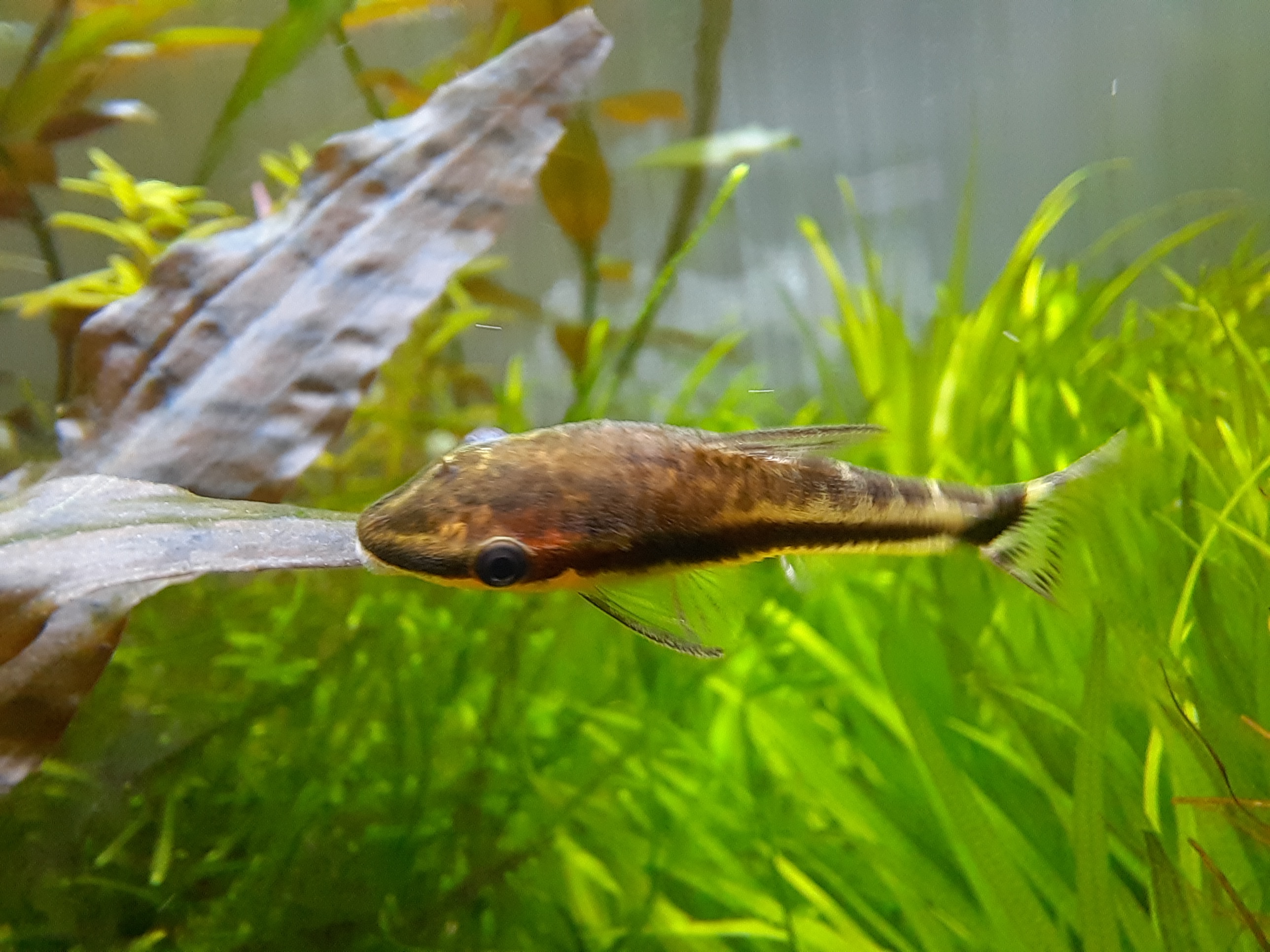 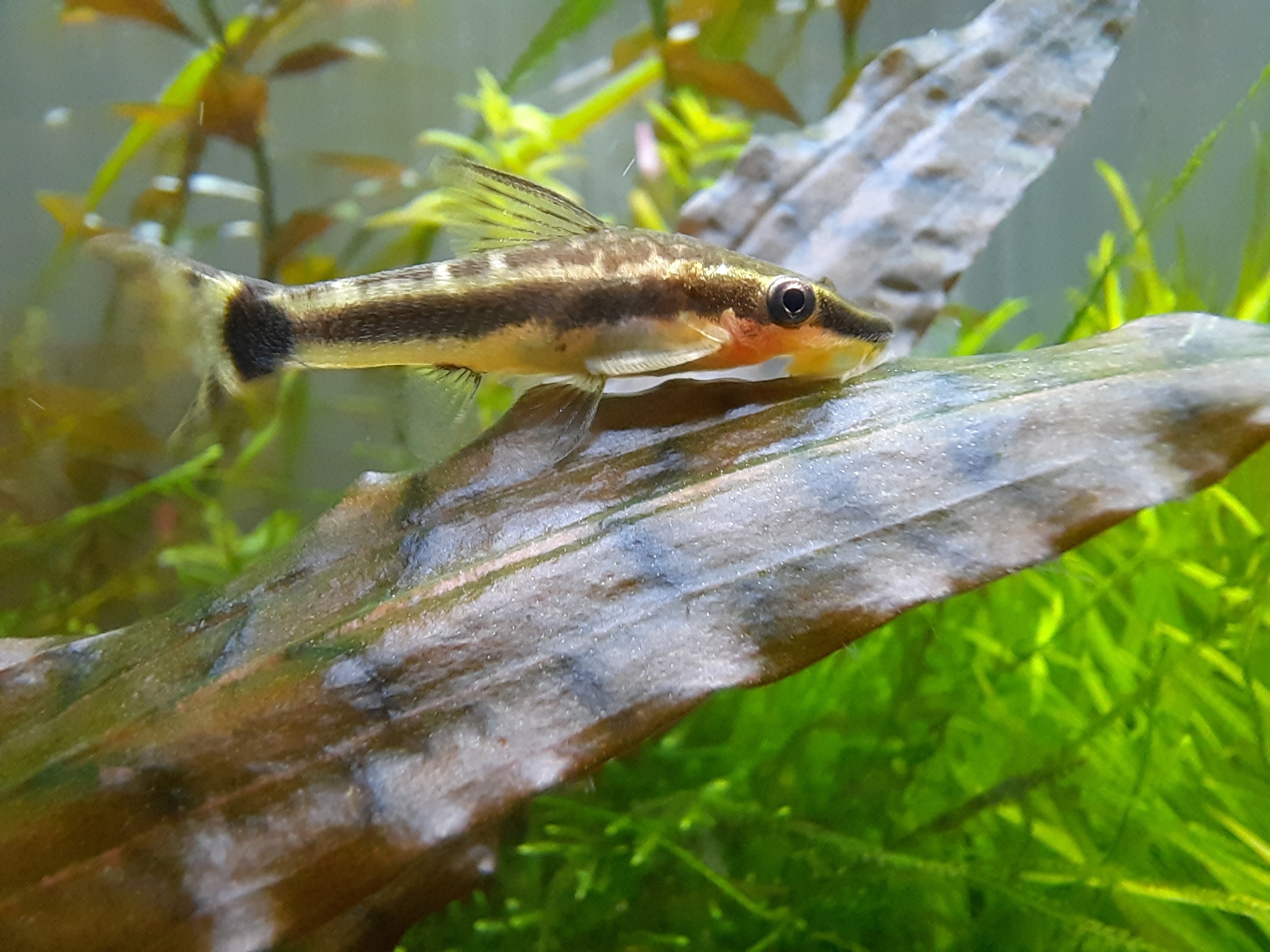 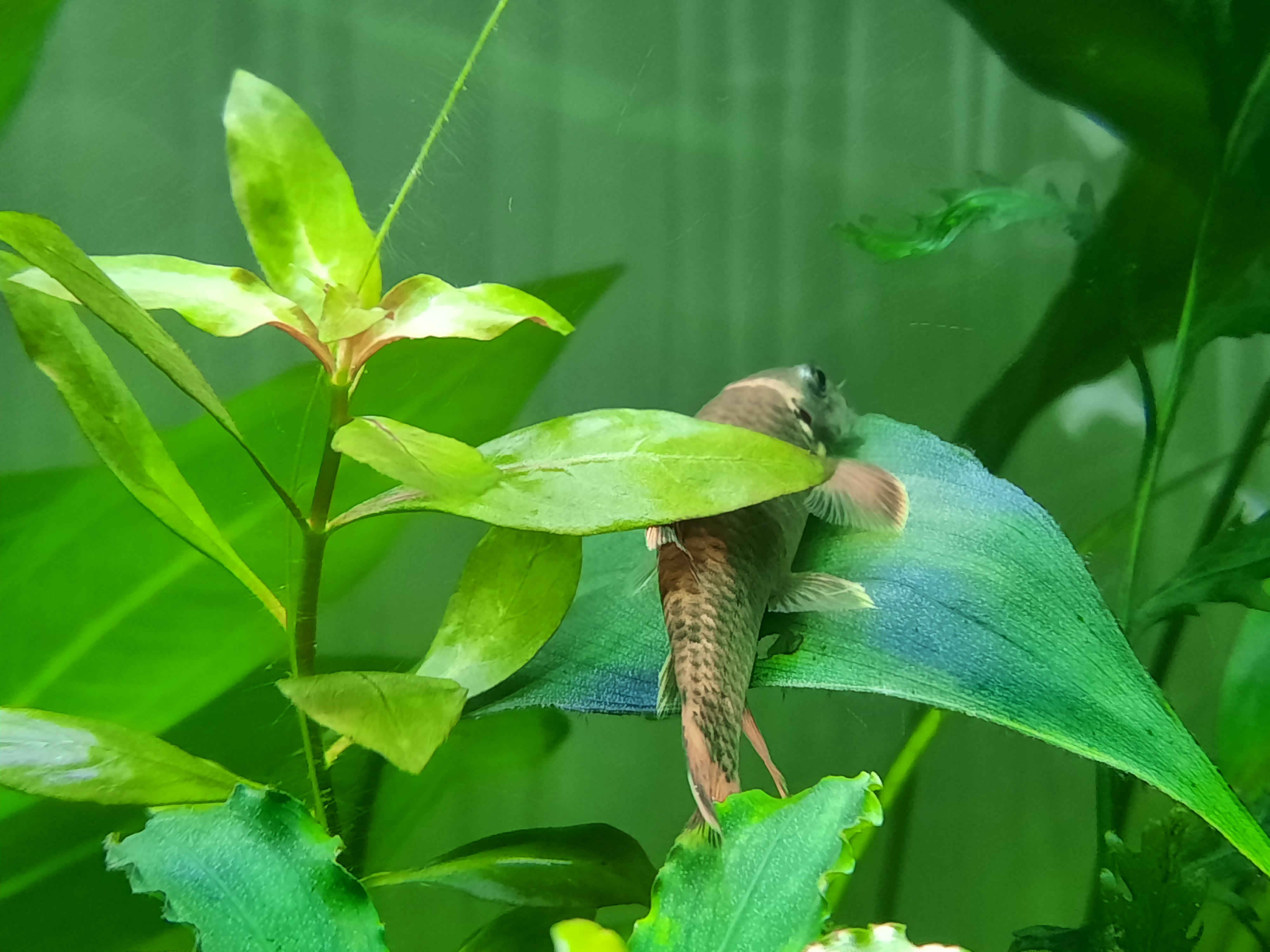 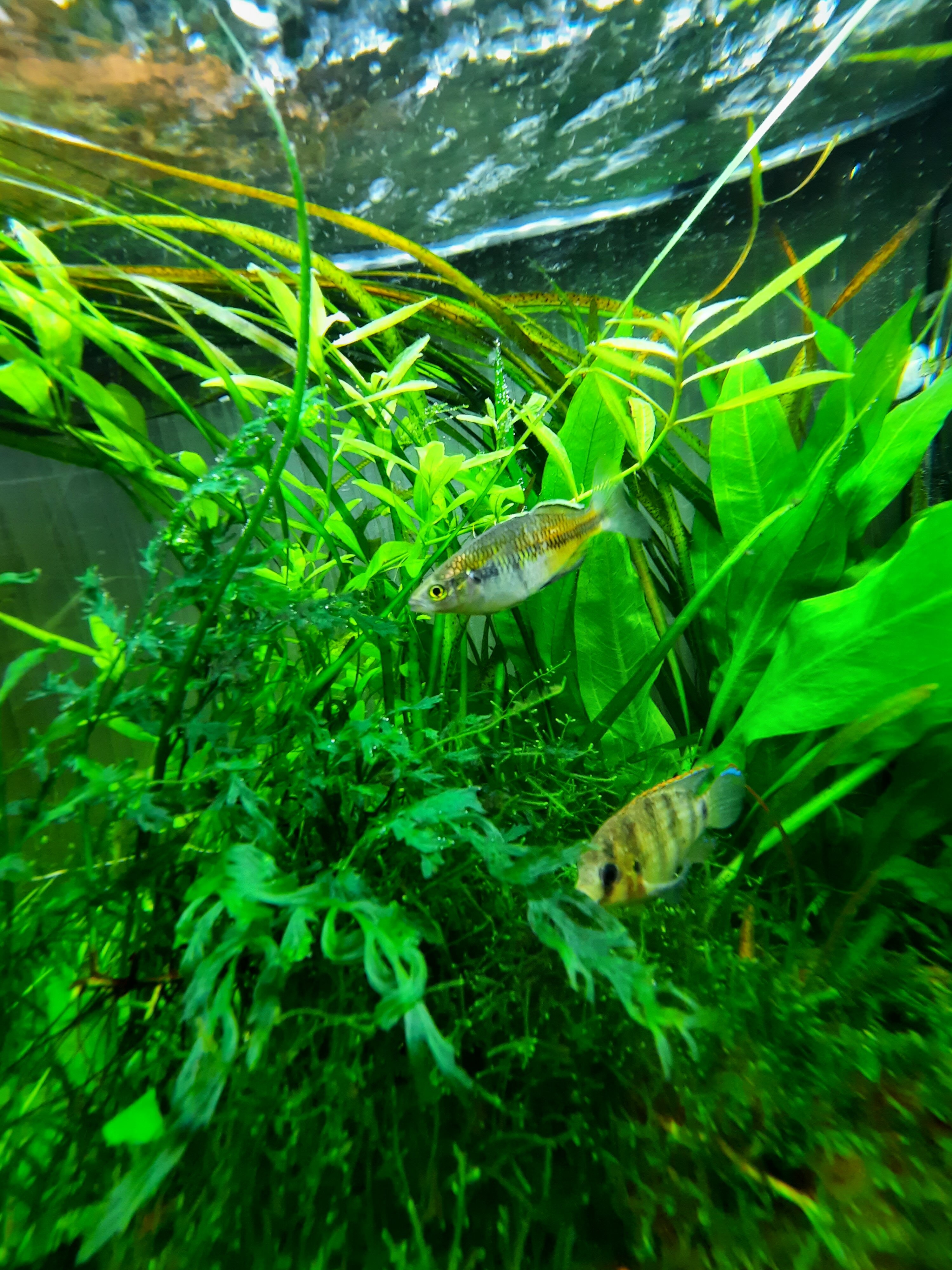 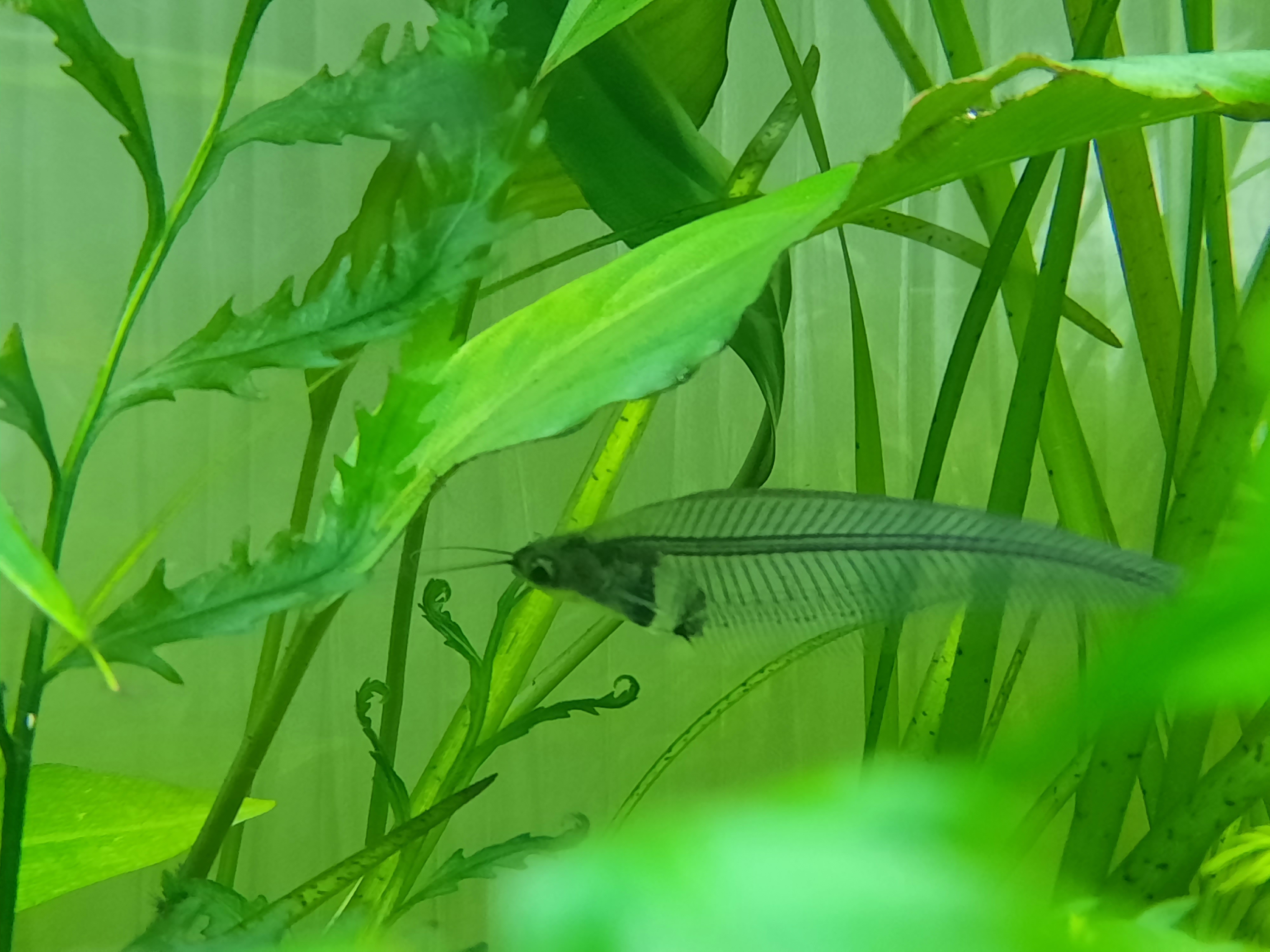 Oh go on and plants. 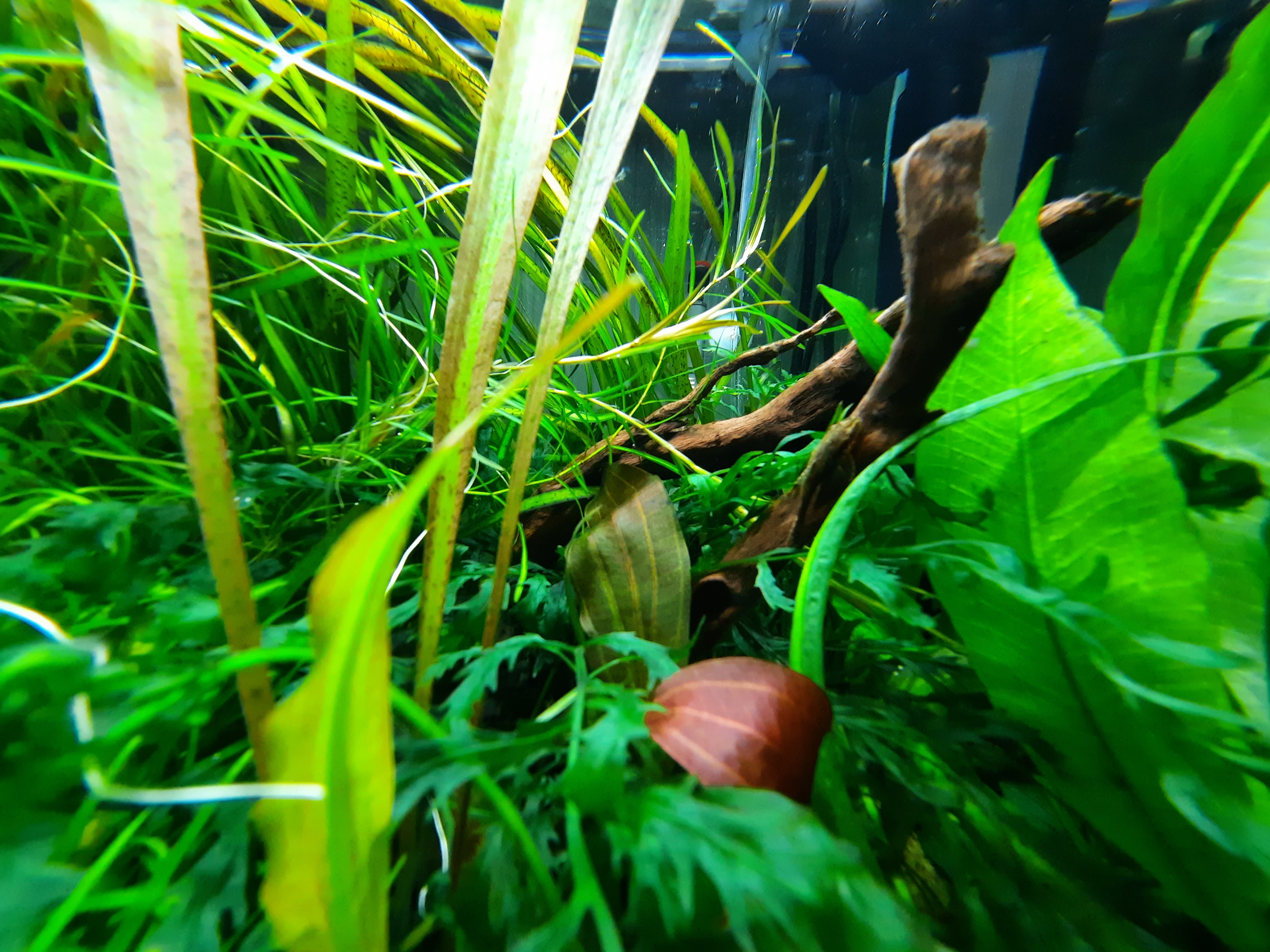 Happy fathers day peeps, this was my prezzie. 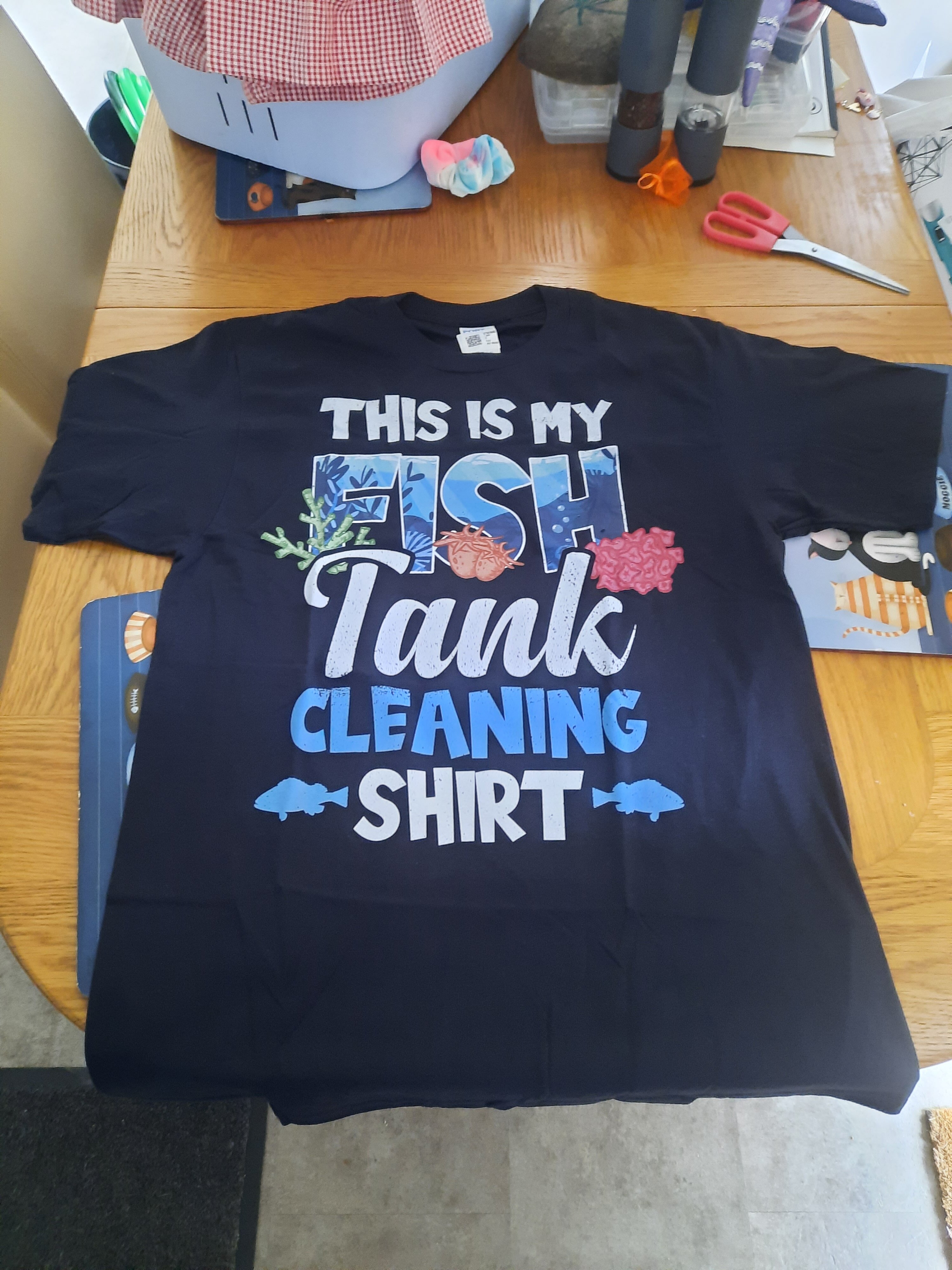