Day 1 in the Big Aquascape House

Our first go at an aquascape. I've really enjoyed it and I am keen to do another, but I am not taking this one apart!


A few other odds and sods. It wasn't my cheapest day out but we the whole household love it. It's a great string point in the dining area, can't wait to get some livestock in.
I will update this as we go along if anyone is interested.

Everything has been bought with help and great advice from the super team at @Horizon Aquatics. Loads of huge thanks to James and Nicole who take the time out to advise and help, nothing is too much to ask as we continue to plague them with questions and other things we can buy to make it all work to its full potential.

Time for an update. We are six weeks in and we are slowly stocking the tank. Tank is cycled and all readings are good, we have soft water here which is an advantage. After an initial algae outbreak, which the Amano Army quickly dealt with rapidly and a bit of leaf melt, which was dealt with by a shiny new pair of curvaceous ADA scissors; it all seems to be going along nicely now.

Here's the latest tank shot and a pic of the rummy-nose tetra getting giddy over an algae disk.

All seem happy, especially the the rummys (or is it rummies)?
Please note signed George Farmer book on right. Many thanks @George Farmer - it was a lovely birthday surprise for Lauren. She did ask how I managed it? So I told her we were out on an Aquascaping/drinking thing and you started waving your pen around! 😅 So if she asks...👍 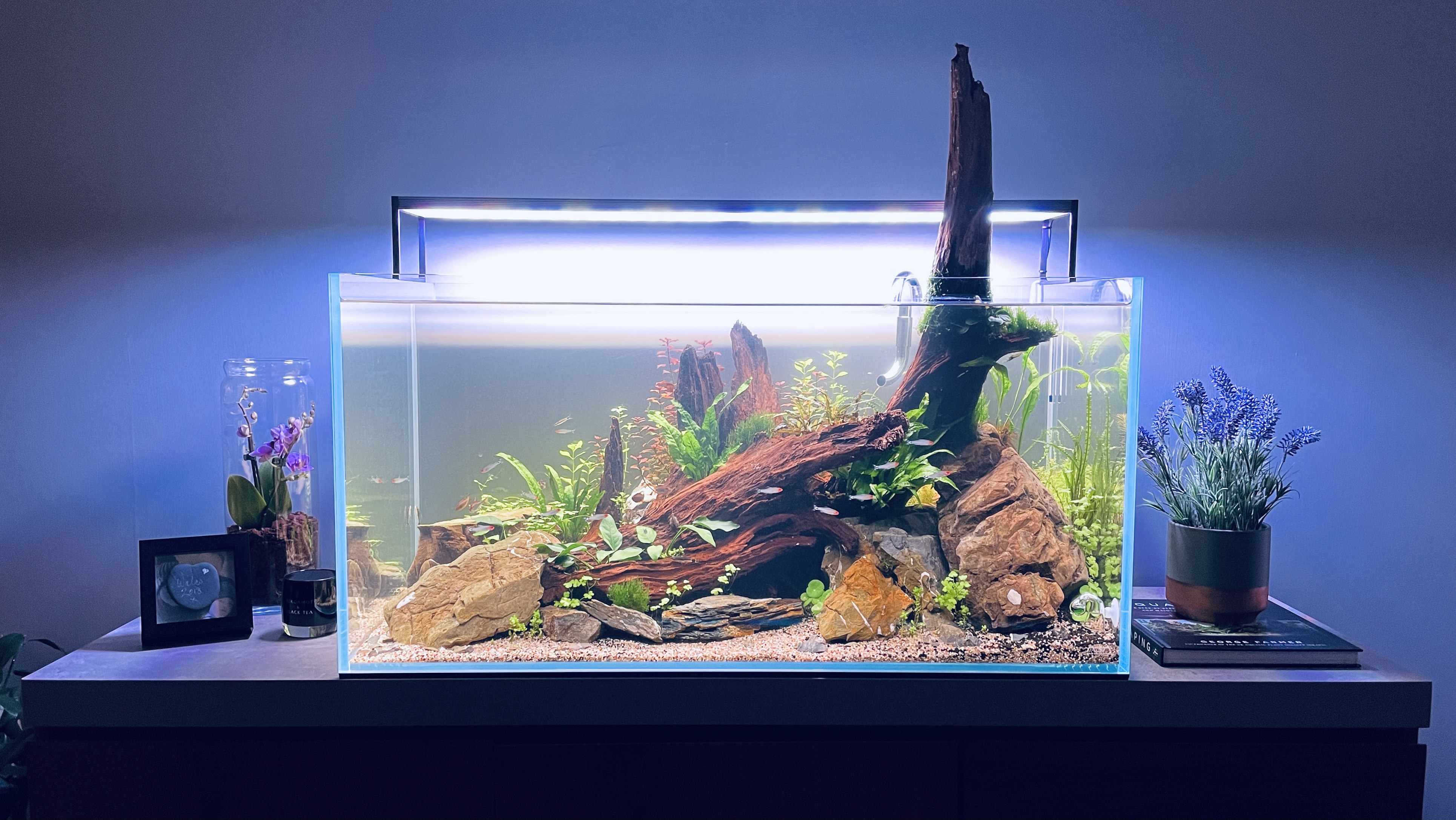 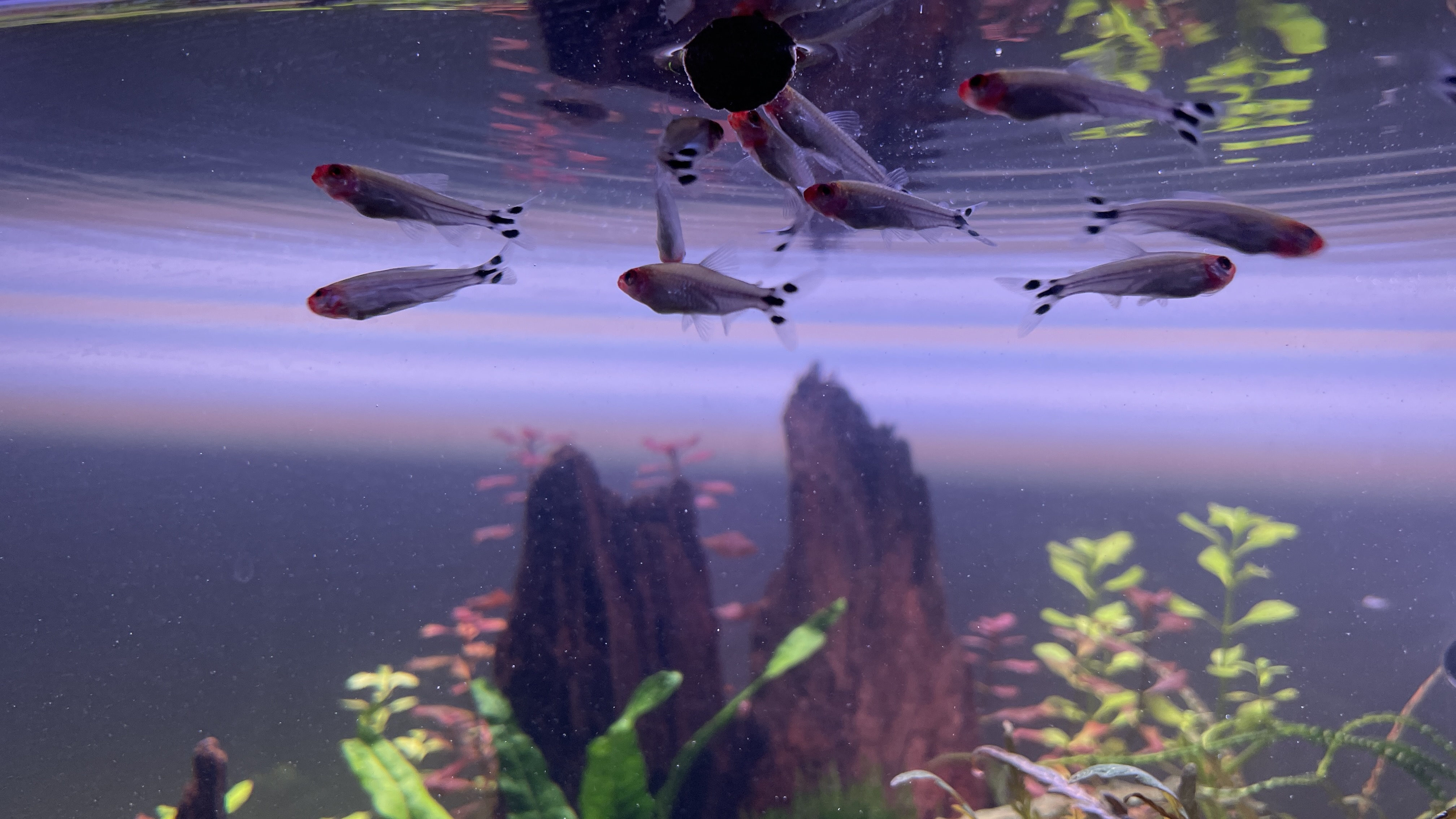