Amano is often described as the best algae eating shrimp, but how is it compared with Cherry shrimp. Do Amano eat more variety of algae than cherry or the same and if so, there is no benefit to keep Amano with Cherry.

The comparance is difficult, both have the same diet and are omnivorous.. The difference likely is in its size, the Amano is big enough to take on and chew on gritty hair algae and the cherry will have difficulty with that.

But algae eating lifestock never is a remedy and will not prevent an algae outbreak if the parameters favour it.

Tho there are some examples to find about how effective the number of Amano shrimps is on algae infested tanks. 4 amano's didn't make much a difference 20 amano's in the same tank later and it was relative algae free in 14 days time. But i also feel like its bit of an advertizing stunt on Amano's.. I once had 15 of them in a 50 litre tank and still algae infested. Algae simply can grow faster than it is eaten, than control by other means is inevitable and once its in control shrimps do help, but don't solve.

The benefit of cherries is they breed and keep numbers intact on their own devices.. Amanos''s don't and you have to keep buying new ones.

Amanos IMO by purely observing them them in my 500l tank I have 50+ is they do seem to compete with each other for the algae too. When I drop and algae pellet in its like a swam off them in a feeding frenzy same when a blanch nettles, where as the RCS seem to be a little more we will take are time in a more cultured way. 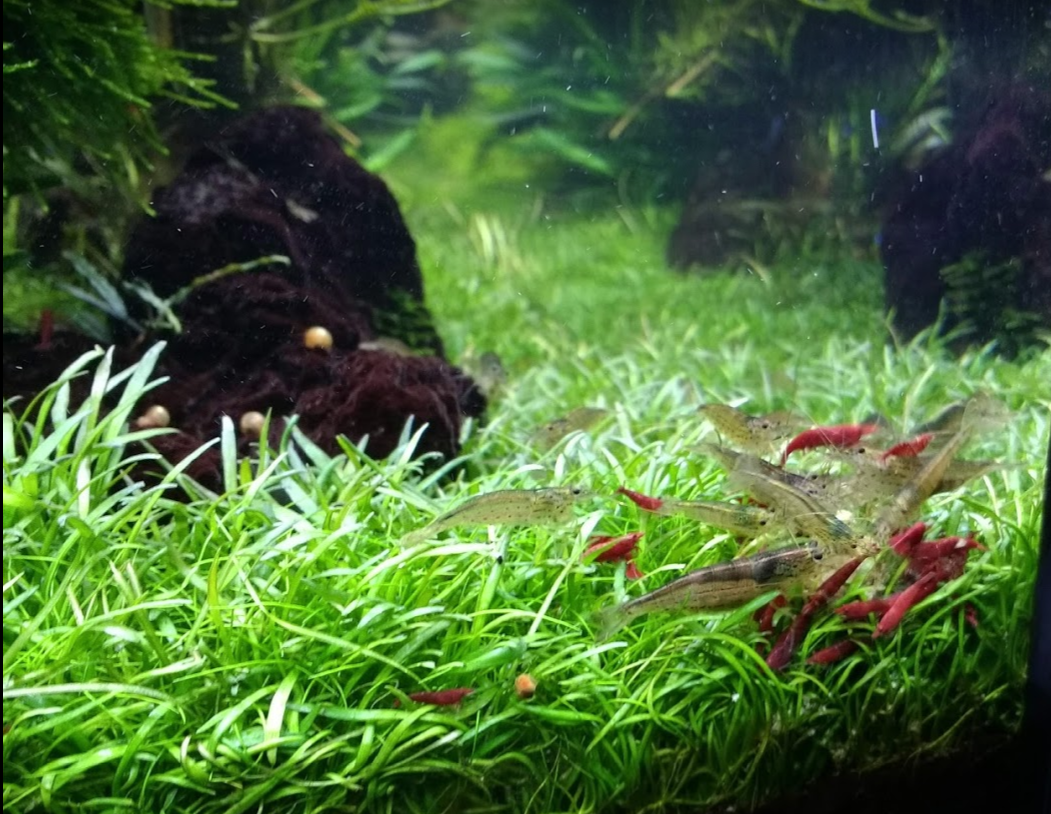 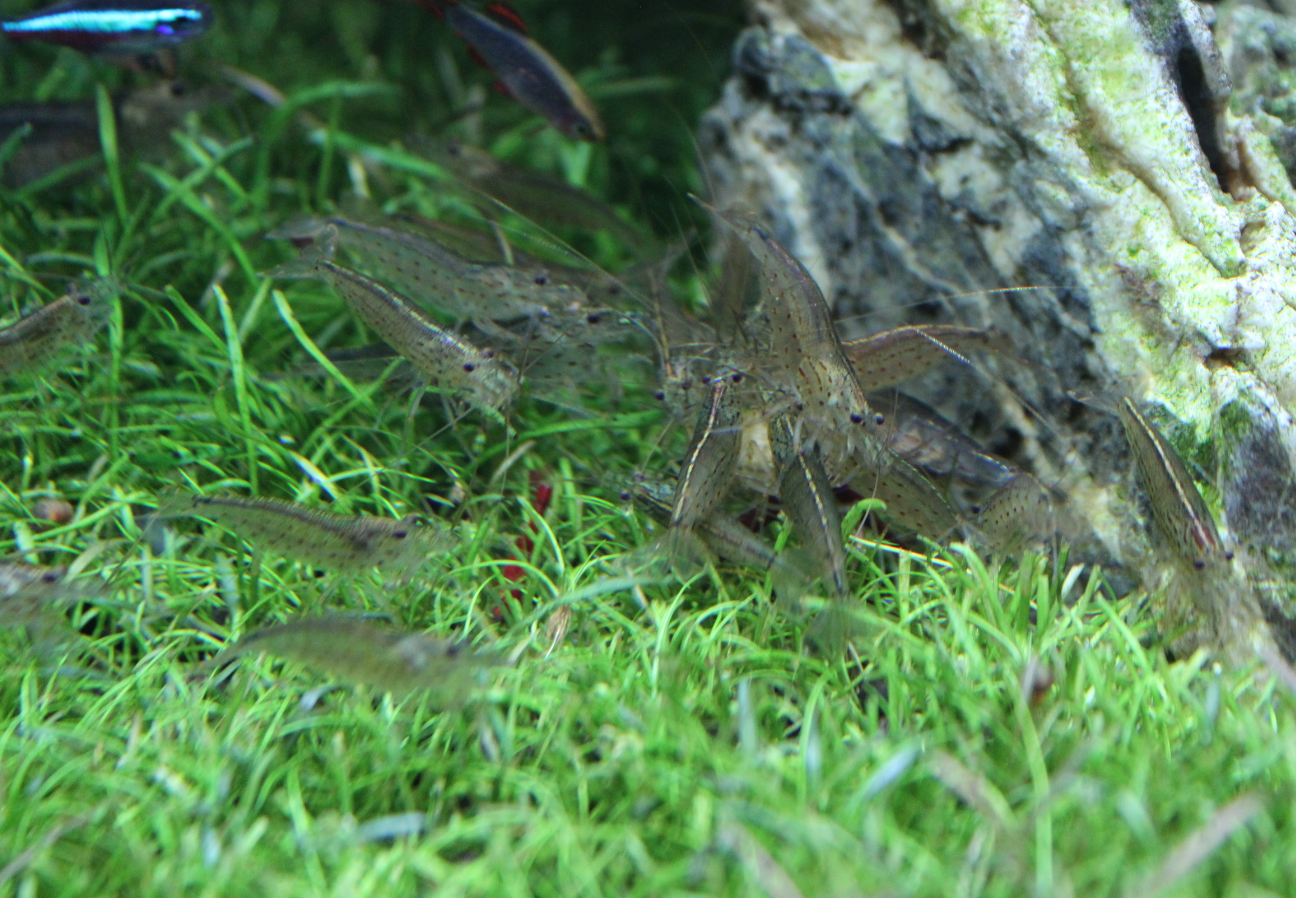 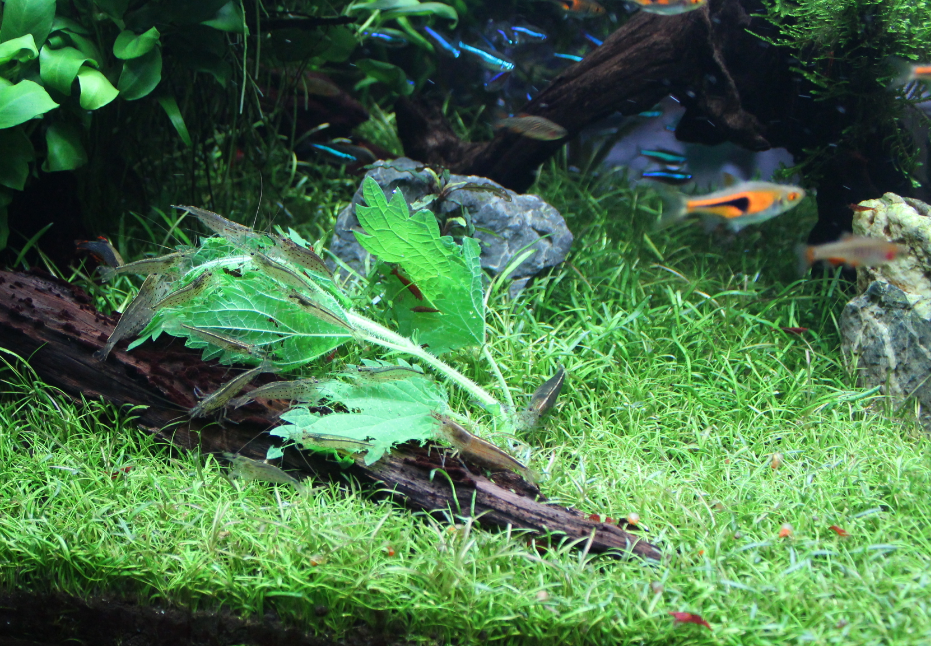 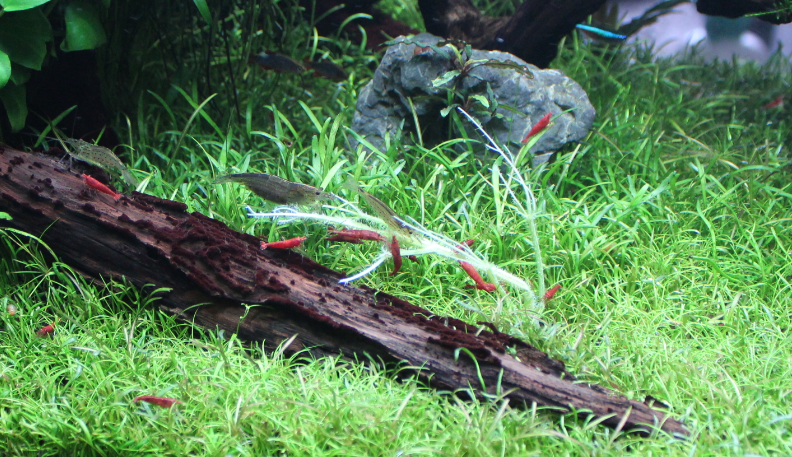 These below are from 50l with RCS only and Nettle leaf 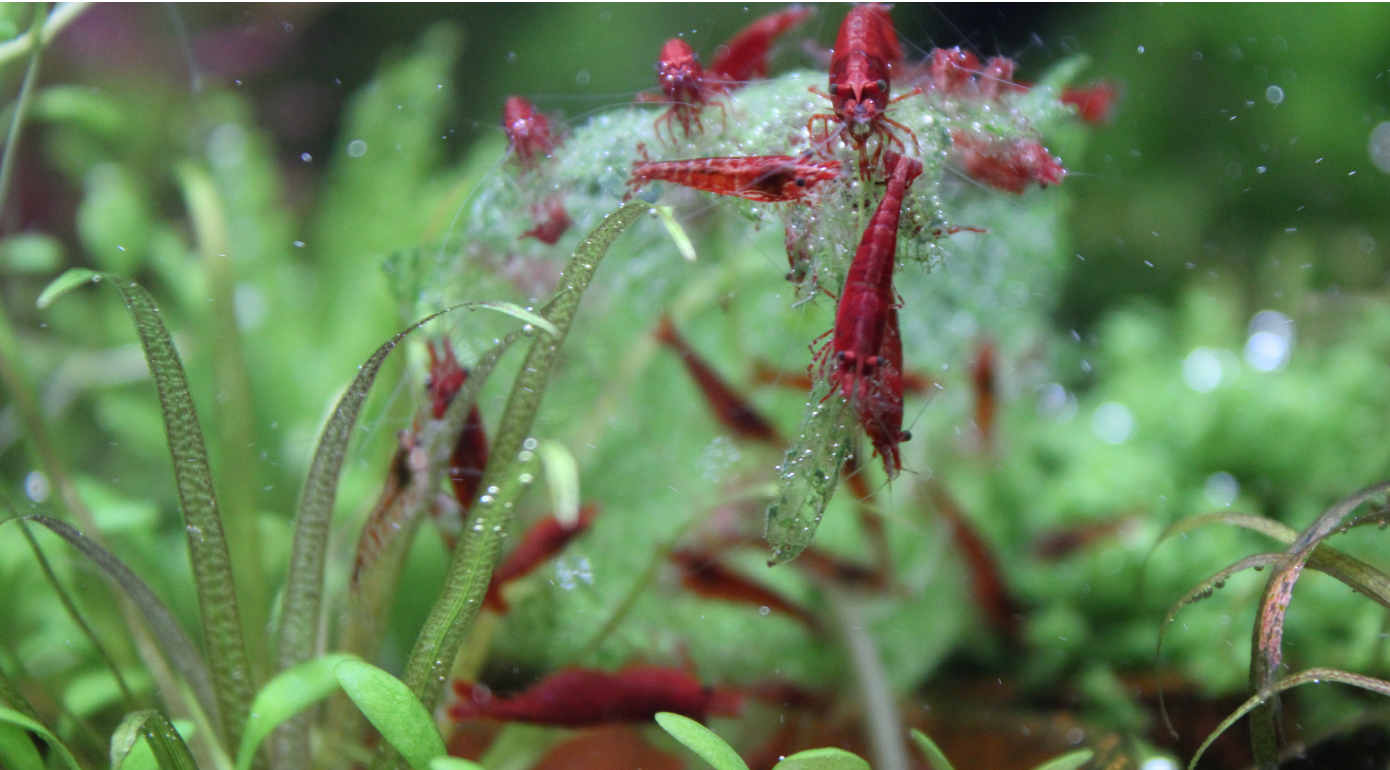 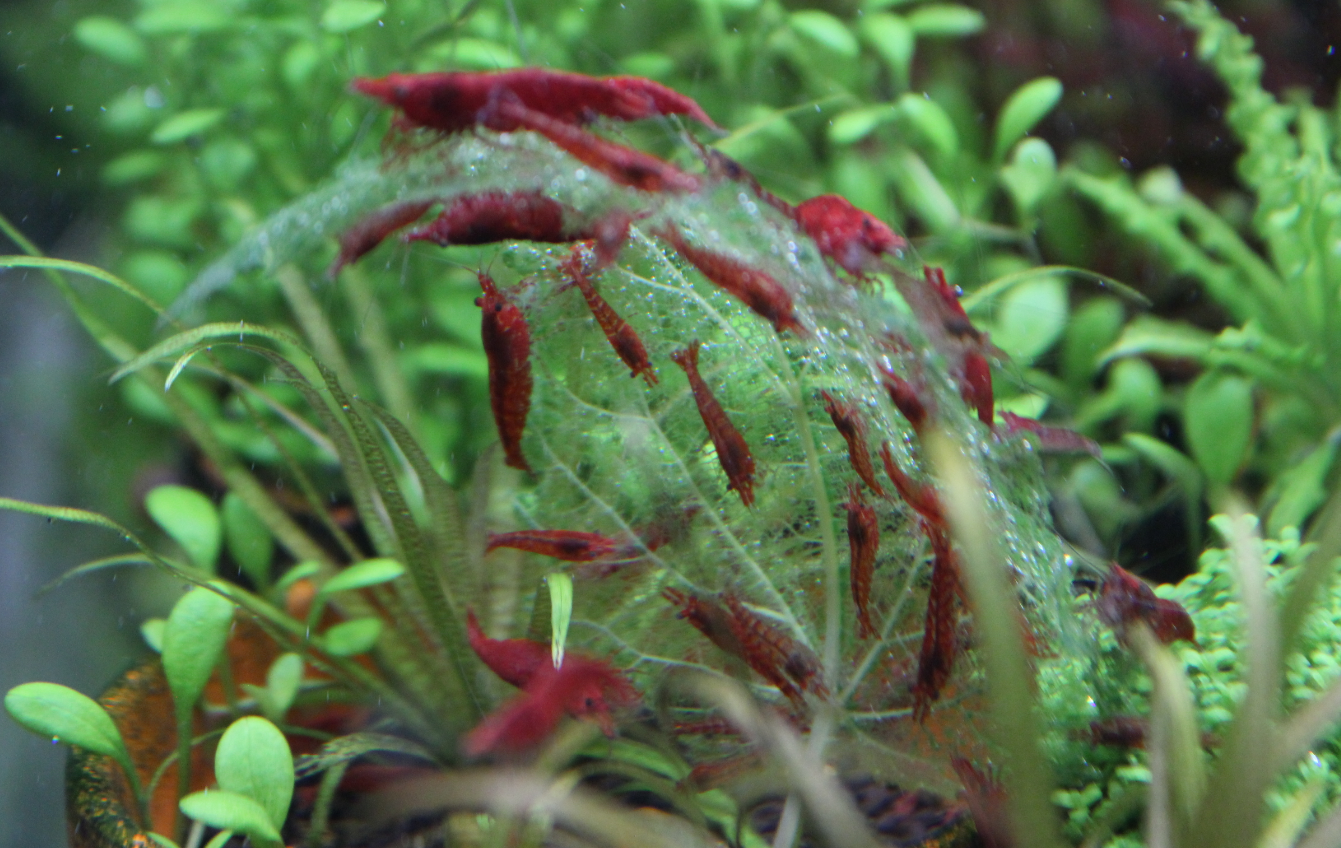 I have both Amano and Cherry housed in separate shrimp bowls. I can see my snails and bristlenose graze on GDA and leave clear paths on the glass, but I have never observed my shrimp actually consume algae except that they are always busy chewing something. I have never observed shrimp clean gda or gsa off the glass

The reason I am asking is that in my Cherry shrimp bowl I have long silky algae (Spirogyra?) that Cherry shrimp don’t seem to touch, but in my Amano shrimp bowl, there is none. But I have no idea if the difference Is due to different plant species and balancing. I only have a few Amano shrimp but a lot more cherry because they self multiply. I don’t want to throw in a Amano shrimp to the cherry shrimp bowl to test it out as the Amano is more aggressive and I read that Amano will eat baby Cherry in small confinement.

So do Amano eat more type of algae than cherry including Spirogyra that cherry don’t touch?

I think that perhaps they feed on different species of algae and maybe in that respect complement one another. Just in case I usually keep both in the same tank...
You must log in or register to reply here.