Critique my hardscape any suggestion welcome ? 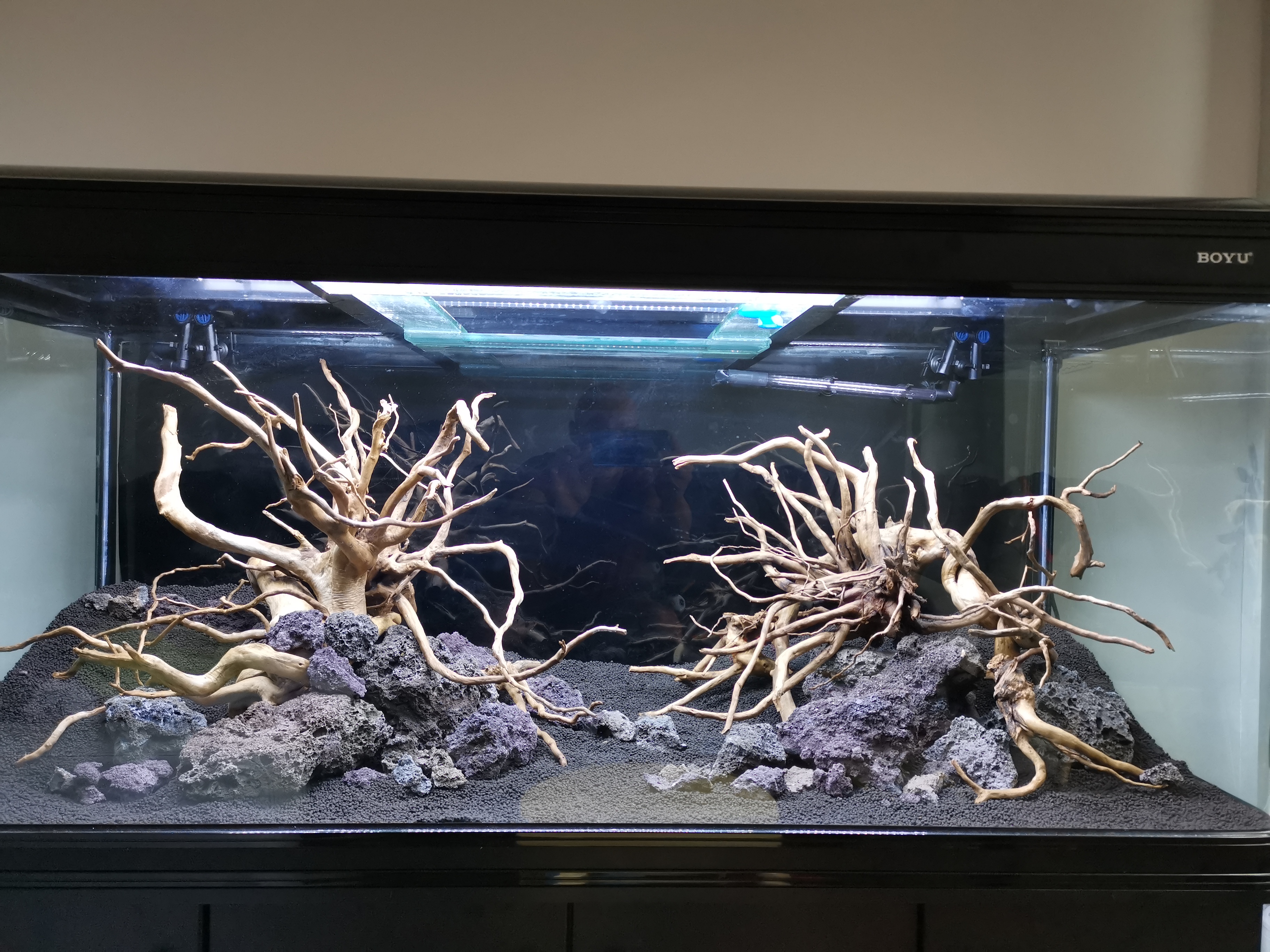 It looks good. Most people would be very happy to have a layout like this in their home.

The main critique I have is that the layout doesn’t really have one compelling focal point. It has two areas with very heavy visual weights and a central area negative space. All these areas are competing for our attention and though it’s fine to have multiple focal points, one of them should be dominant.

Here‘s a well executed aquascape with a similar concept. I think would be a good reference for your layout.

This layout does a lot of things right, but what I’d take away from it is how everything is working together to draw your eye towards the end point, the negative space at the top of the aquarium.

This is how I think everything should flow to create the composition. Personally, like above, I would make the negative space / end point the main focal point as it should enhance the sense of depth and flow of the layout.

Here are the adjustments I would make to this layout. Firstly I would shift the wood, circled on the right side, to the left just a little bit. This should close up the area of negative space and make the layout less symmetrical by adhering to the golden ratio. Hopefully this should also increase the dominance of the end point. In addition, I would try to emphasise the central pathway, by adding some rocks in the places I shaded blue narrowing the path as you go further back. This should frame the end point and simultaneously enhance the depth of the layout. I would also remove the rocks shaded in red that I think either detracted from the wood‘s impact or from the flow of the path.

Finally, I illustrated some of the planting I would suggest. The shape of the stem plants is supposed to frame the end point further, but will change if you shift the wood like I suggested, but the principle would be unchanged. There’s another circle on the left side and I’m not too sure about this area. If left as negative space it could add some interest particularly from other angles and also reduce the symmetry of the layout. Then again it might be distracting from the main focal point.

What a great suggestions. Thank you very much. I appreciate your help and time to support this layout. I will defenitelly make the changes and send the picture for the review. It's really really helpful.
P

Hi,
I have made few changes. I have added some soil at the back to create a bit of a slope. I have removed the stones on the left hand side which were covering the wood and that looks definitely much better I think.
The right side and a path is still in progress. I have removed a bigger wood piece and moved everything slightly left to decrease the amount of negative space. I'm struggling with the path thou. Not sure if it should leave towards left like on the first pic or more central like on the second? Also now I have a big space in the right top corner which I'm not sure is ideal. I hope that perhaps plants will cover.
What do you think? 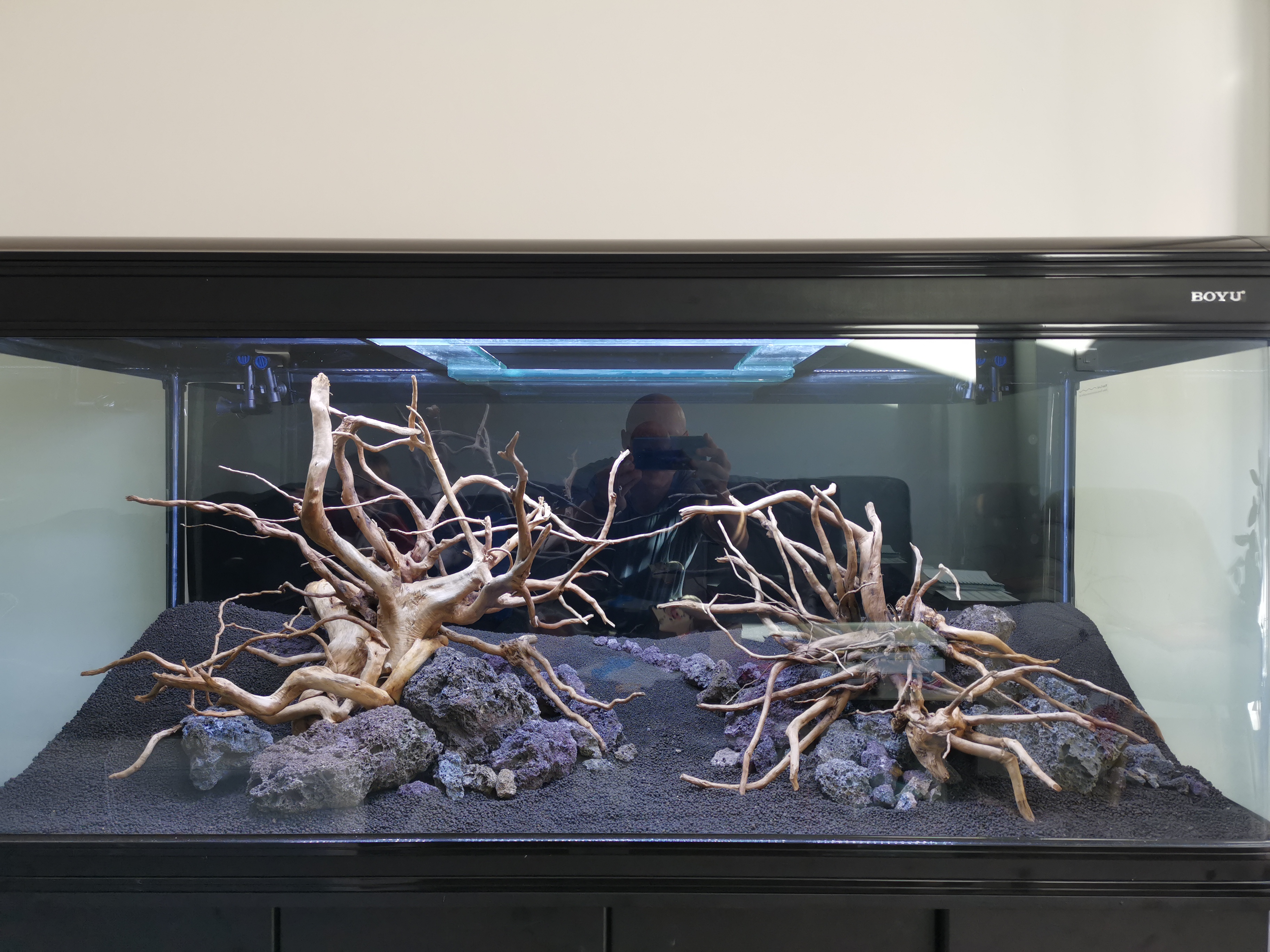 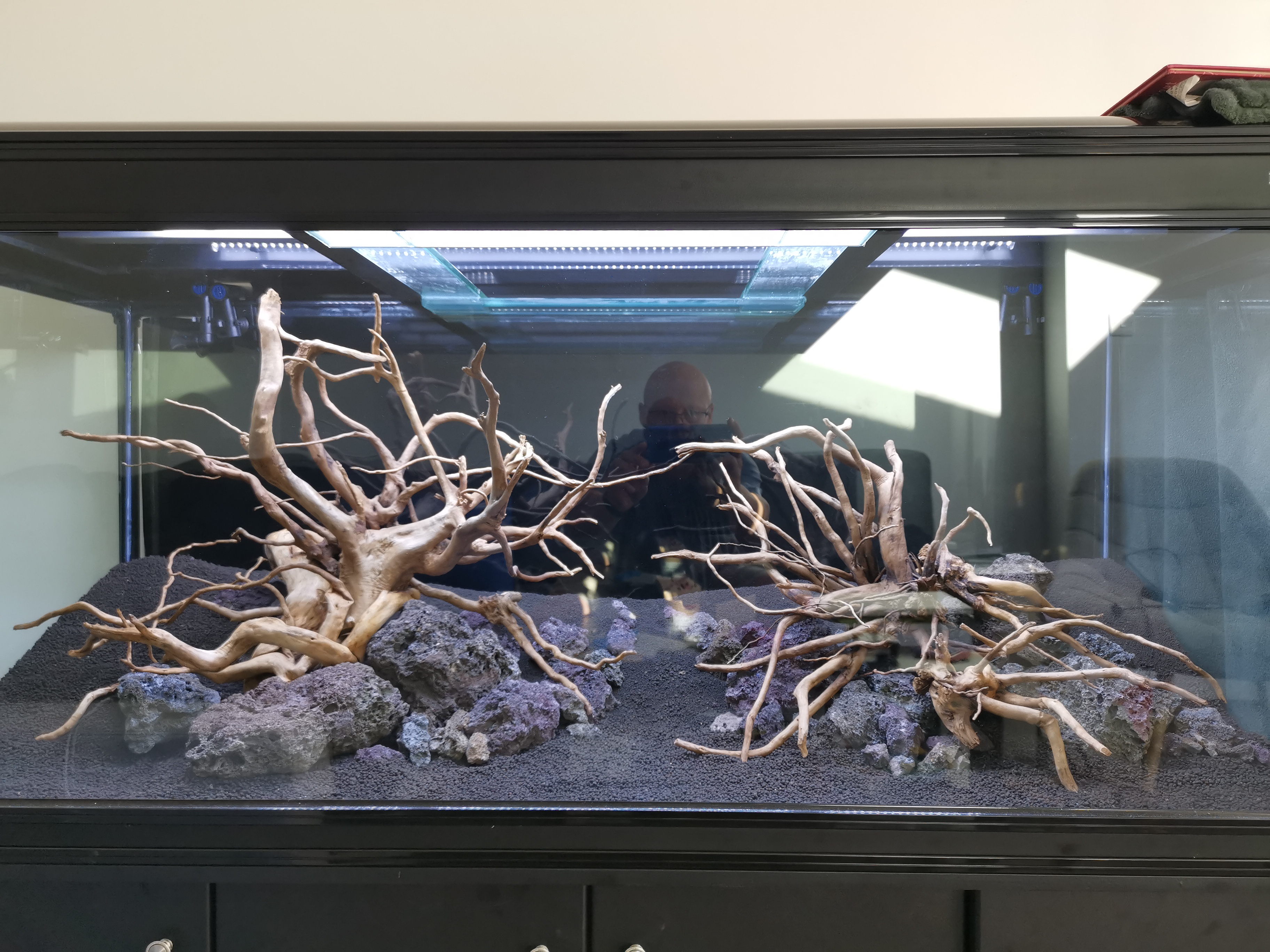 I will try to take pics in the evening so there is not so much reflection.
Thank you.
You must log in or register to reply here.
Similar threads