Anyone with an Arcadia 2x24w T5 60cm luminaire?

I got one of these rather cheaply on eBay - £6, plus £11 for a courier collection, then £10 for two T5 bulbs from LampSpecs - bargain!

Anyhow, the seller messaged me as they were boxing it up to say that two of the T5 connections were cracked and did I still want it - I said yes, I'm not scared of a bit of work, especially paying under £30 for a £150 luminaire!

Move on to the repair - all fine, superglue is marvellous stuff, however I am not 100% sure I got two of the wires back in to the bulb holder correctly and I don't want to blow anything up when the lamps are fitted.

Are the two wires into each bulb polarity specific?

The picture below shows the connection in question - does the short wire from the opposite bulb holder go into the bottom or top of the holder shown in the picture? If you could post a shot of this part from yours I'd be very grateful - it is the end opposite the power lead: 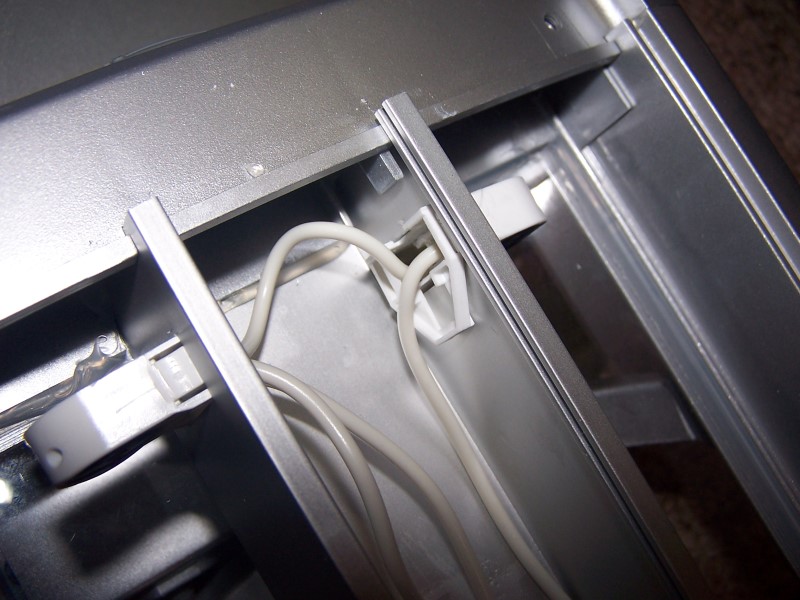 Don't suppose anyone has had the chance to look at theirs? Bulbs will be with me tomorrow
120 Litre Juwel Primo LED

Looks like the main live and neutral are on the left with a live circuit feeding from the left to right. Get yourself a circuit tester from b&q only £3 and check that each holder is live when plugged in.

Which ever bit the circuit wire goes to on the left ( top or bottom )will be where it goes on the right and the other in the other.

That's how the wires are above, cheers for the wire tester idea.
120 Litre Juwel Primo LED
You must log in or register to reply here.
Similar threads