Where's the wood gone?
A

i removed the wood because it was covered in this white fluff and theres patches of algae on it. im thinkin wether to add different wood in or not or even some dragon stone
A


Ark said:
i removed the wood because it was covered in this white fluff and theres patches of algae on it. im thinkin wether to add different wood in or not or even some dragon stone
Click to expand...

That is common in new set ups, it will go after a bit.
Aaron North
My Flickr Account | Equipment needed for setting up an FE | Algae & Nutrients
A

even tho i dont think the wood fitted with what i had in mind..

my dennerle co2 arrived today after having been lost in the post and sent to the wrong address..
i will set it up later on an post some pics..
not much else has happened im still waiting on my plants from germany they plants i wanted were out of stock..

I have been busy at my brothers house all weekend because a fued between my mum and virgin media has caused them to cut off our broadband so i wont have internet for a few weeks..

i recieved alot of hygrophila corymbosa and polysperma mainly from keith and i think ulster exile not sure
also got some heterantha zosterfolia, ludwigia arcuata ( which i doubt will survive because it needs high light ) echinodorus tennelus and a cryptocoryne undulata red

im waiting on some more tennelus for the foreground from garuf..

also during midweek all my harlequins died and im suspecing it was because i had just installed the co2 kit and i was slowly increasing the co2 levels and i didnt monitor it enough until it became to high and they couldnt handle it.
so now in this tank i have had 6 serpae tetras to suicide and accidently commited homocide towards 14 harlequin rasboras now iam not gettin anymore fish until the tank has grown in and i get a drop checker to monitor co2 levels..

here is some pics of the tank in it current state - 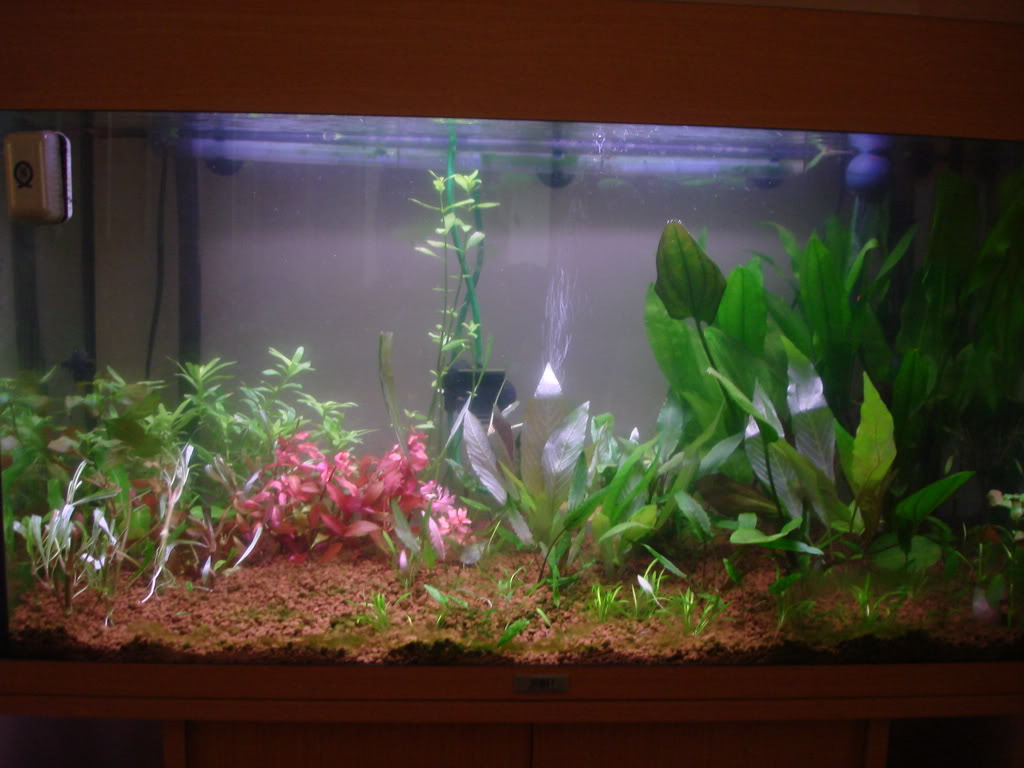 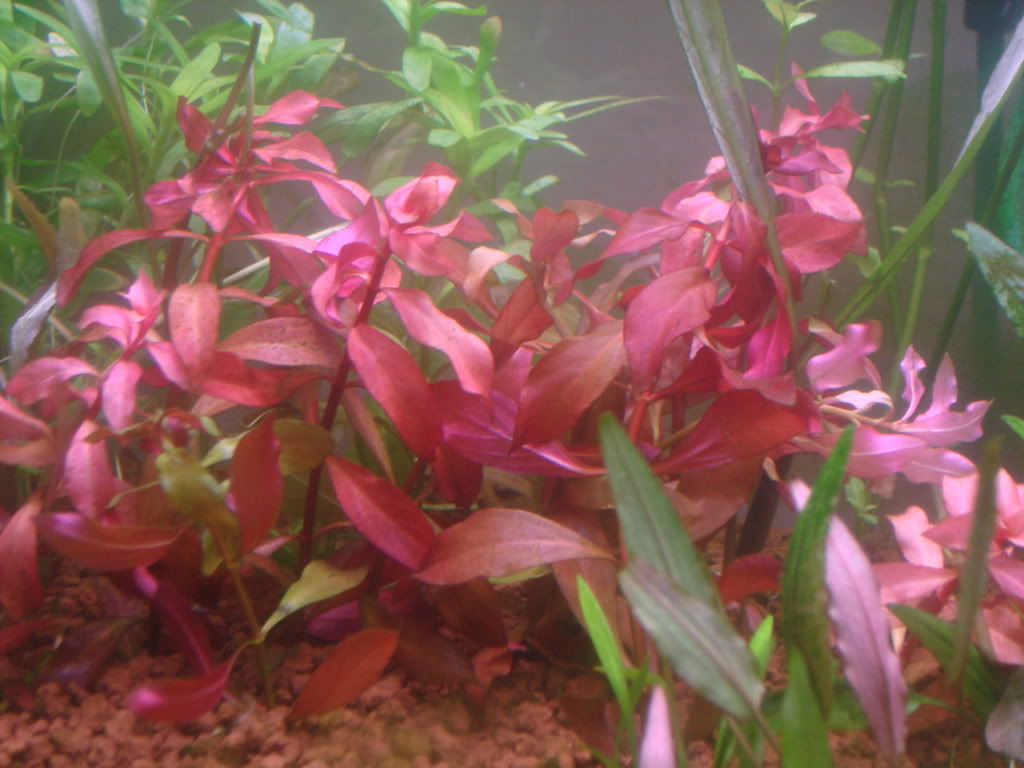 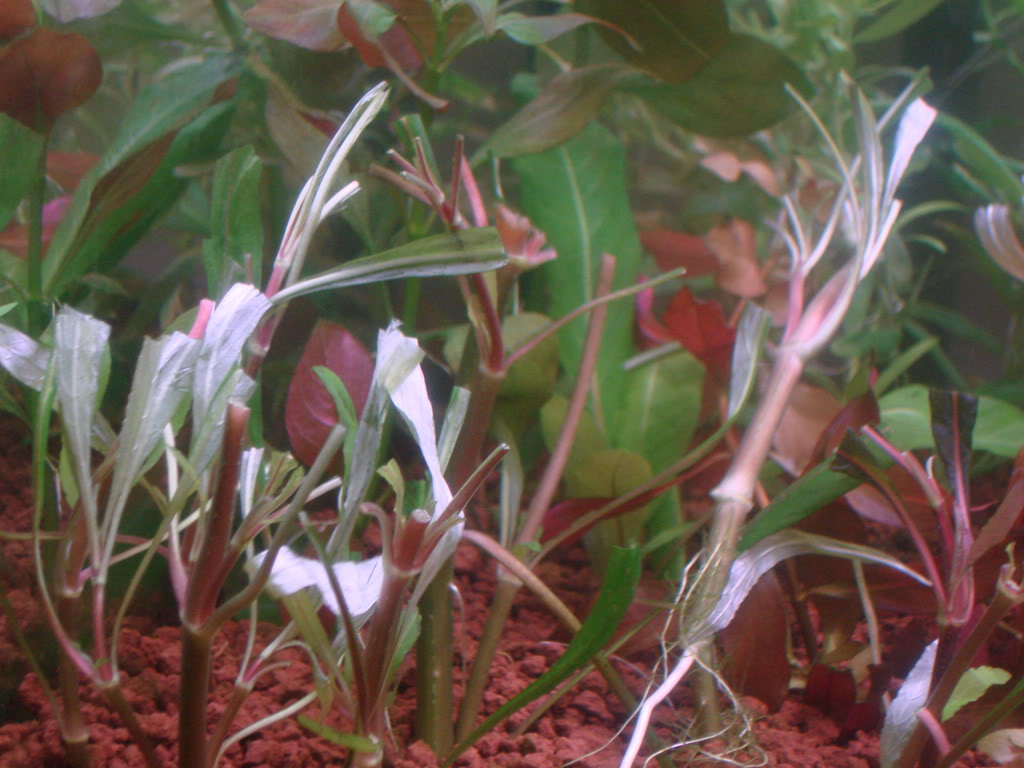 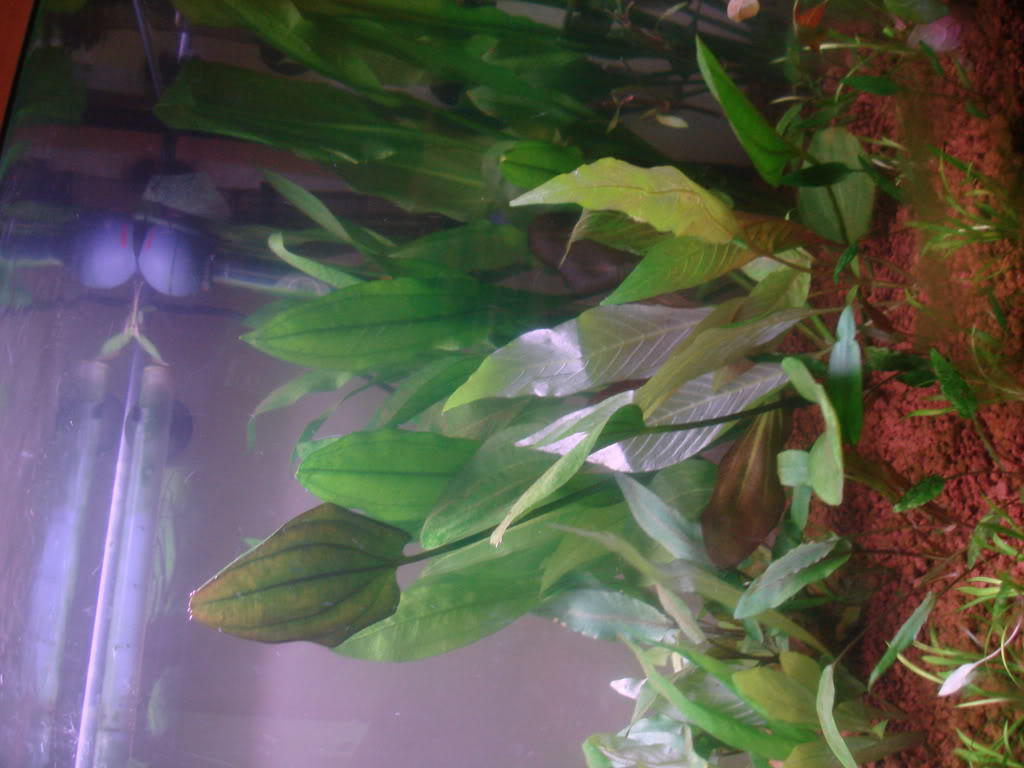 Echinodorus tennelus and crypt petchii foreground yet to spread out \ 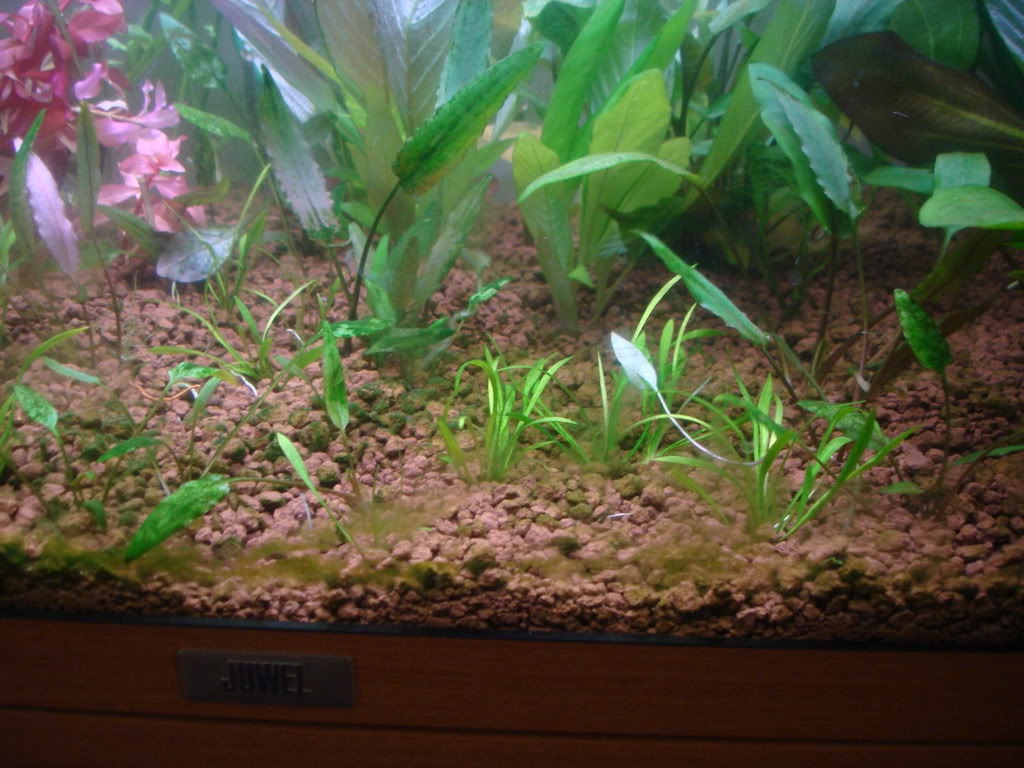 for fish ill probably get some rainbow fish and definately not before christmas...\\

i need some aquascaping ideas as i think it looks a bit odd..

IMO i would let it fill pout for a few weeks and see what you could do to improve it, maybe a few pieces of wood coming out from one of the corners?
Aaron North
My Flickr Account | Equipment needed for setting up an FE | Algae & Nutrients
A

agree with you Aaron im letting it fill in before i get fish..

and about the wood ill probably get some twigs and uses them sticking out from the corners ike the ones LD used in his shrimp tank but some thicker ones.
You must log in or register to reply here.
Similar threads