Another thing I noticed when I was at MA Whisby was the Assasin Snail.

I read the blurb on its label which said that it would eat other snails including MTS. Was a lightly worded warning for MTS owners I guess.

Does anyone have them in their tank? What are your findings on this claim?

I must add that this snail was on its own in this particular tank and no other snails to be seen so I thought this is good to know. May come in usefule.

Then I noticed another tank with loads of them in and gues what......this tank was also full of MTS. lol. I guess they are not as succesful as the claim but then maybe they had just added the MTS for the weeks feeding?? who knows.

they will eat almost all other snail. they will only eat when hungry and when full they go into hiding like for about a week to digest. Then the feeding feast starts again.

They are called: Anentome helena 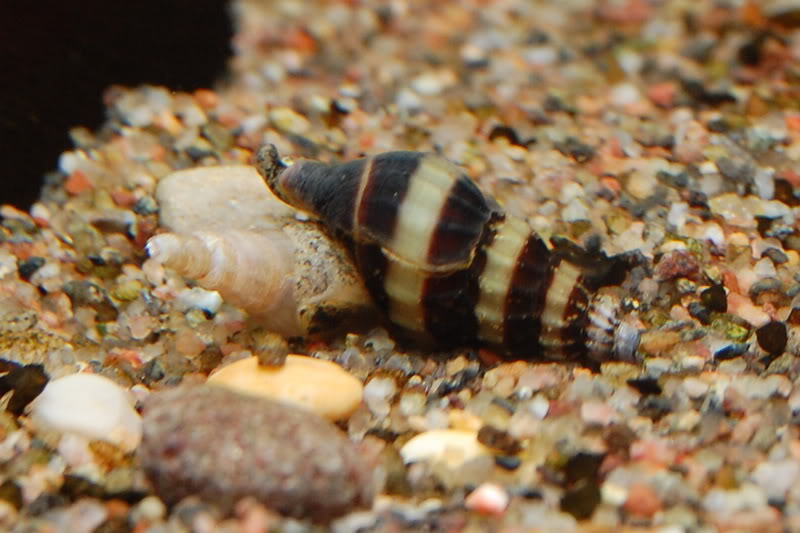 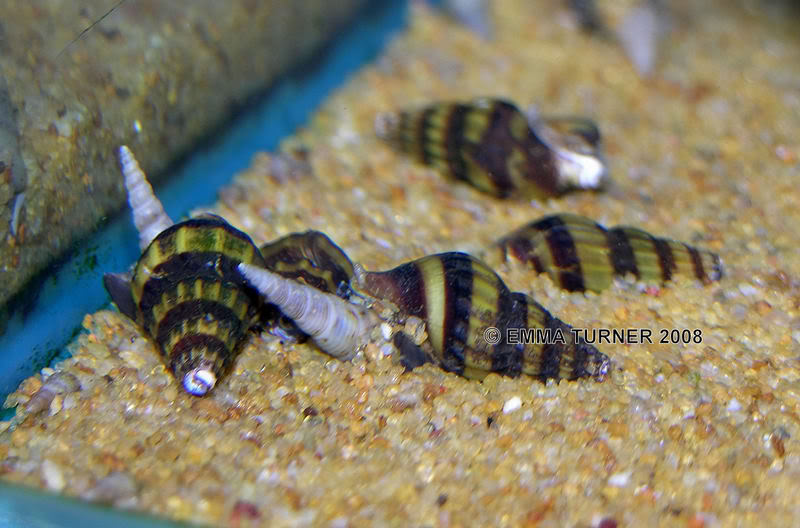 I wouldn't try them as a biological controle on other snail species to be honest. From what I have read they don't eat that many, and most pest snails are easily able to breed in greater numbers than they can eat.

Interesting to keep for themselves however I should think.

there is an artical on them in the latest PFK, they may eat shrimps aswell from hat i have heard so something you might need to check up on.
Aaron North
My Flickr Account | Equipment needed for setting up an FE | Algae & Nutrients
J

aaronnorth said:
there is an artical on them in the latest PFK, they may eat shrimps aswell from hat i have heard so something you might need to check up on.
Click to expand...

This is very rare though. And if you do see one munching on a shrimp, there is a good chance that shrimp was about to drop anyway. Lets face it, snails aren't the fastest of creatures...
T

does any one know were / who i could bye these Anentome helena assassin snails from?

apparently most maidenheads have them.

SuperColey1 said:
apparently most maidenheads have them.
Click to expand...

SuperColey1 said:
apparently most maidenheads have them.
Click to expand...

Yup saw them in the Guildford one when I was there last weekend.
Click to expand...

grrrr dont have any near me, aww well. thanks any ways guys
E

Will the Assassin snail attack/eat an Apple Snail?

Probably. Even if it eats the other snails first it will eventually get around to the apple snail.

i bought one of this, to control the pesky little snails in my aquarium. sadly, i dont think its much effective. i've never seen it 'assasinate' any snails until now. but its been 2 mths so it must be eating sth somehow. my amano shrimps are still alive and kicking. i was told that it uses the tentacle to eat the other snails

however i've seen it just slide past those little snails. it didnt care. so i tried an experiment by getting lots of pest snails and put them into a container of water with the so called assassin, trying to catch a glimpse of it destroying them. nothing happened.
T

it must be eating something. they do tend to lay dormant after a good feed. some times they can lay dormant for a week or 2 to digest there food intake.
M

I bought 2 back in May from Wholesale Tropicals to get rid of a snail plague in one of my tanks and it worked fine, they're pretty interesting to watch them chase after the snails and eat them, biggger snails tend to get away after losing a chunk. (but not always!)

What they've been really useful for is setting up a new tank using plants that came from my snail plague tank, once the tank had cycled I added 1 Assassin Snail and 2 months later I've got about 15 - that's why I started this tread here:

The tank with lots of Assassin Snails is a temporary tank whilst I rebuild my old one and I've been slowly putting my plants in with the Assassin's to rid them of any snails, it's working great and I intend to put a new load of plants in with them as a snail quarantine until they go in the new tank.

If anyone has a tank just for propogating cuttings and mother plants I highly reccomend a few Assassin Snails (Freshwater Whelks) in with them all to get rid of any unwanted plant eating pests. If they run out of snails then they start to eat each other!

Or they'll clean up any food scraps or a bit of mussel.

Not harmed any of my shrimps either...
G

hello, if anyone want's assaissin snails for free and can pick up from East London please let me know, the forum won't let me post a reply in my original thread (something about needing 25 posts to reply) but they can be had for nothing if your willing to pick up. Post costs i've still got to find out but it might be a bit too expensive for a couple. Cheers, Sam
T

hi mate not sure weather my PM's are getting through to you as they still appear in out box and not sent.
T

hi mate not sure weather my PM's are getting through to you as they still appear in out box and not sent.
You must log in or register to reply here.
Similar threads