I have recently arrived back in the UK after a long weekend stop in the old town of Krakow, Poland. All I can say is what a beautiful, historic city for those wishing to step off the beaten track.

Anyway, with Auschwitz-Birkenau barely an hour away, I felt compelled to visit. Fortunately, my partner agreed as well, and felt very motivated to take a visit.

I had travelled the length and breadth of the Great War battlefields of France and Belgium many years ago, whilst serving in Germany with the RAF, but found Auschwitz-Birkenau to be a very different place. Whilst the Somme, Flanders etc. are awash with human tragedy, they also emanate countless tales of human bravery, courage, endurance and compassion. Many Commonwealth nations have preserved certain areas of the battlefield with great sadness, but also with great national pride.

At Auschwitz-Birkenau, I found a part of the world devoid of any noble human qualities......mercy in particular. During our visit, the snow started to come down in torrents and just made the whole scene appear more melacholy. Ghosts, spirits and all that are not my "thing" at all, but I can honestly say the icy blast of cold wind Alison and I experienced the moment we stepped off the bus was the coldest either of us had ever felt.

I have reproduced some pictures here, in black and white, with a little work on Photoshop to make some of the images appear more atmospheric. Hopefully, I have been abe in some small way to give an insight in to what a truly depressing, hate filled place this must have been.

The basic toilet facilities of a wooden barrack at Birkenau: 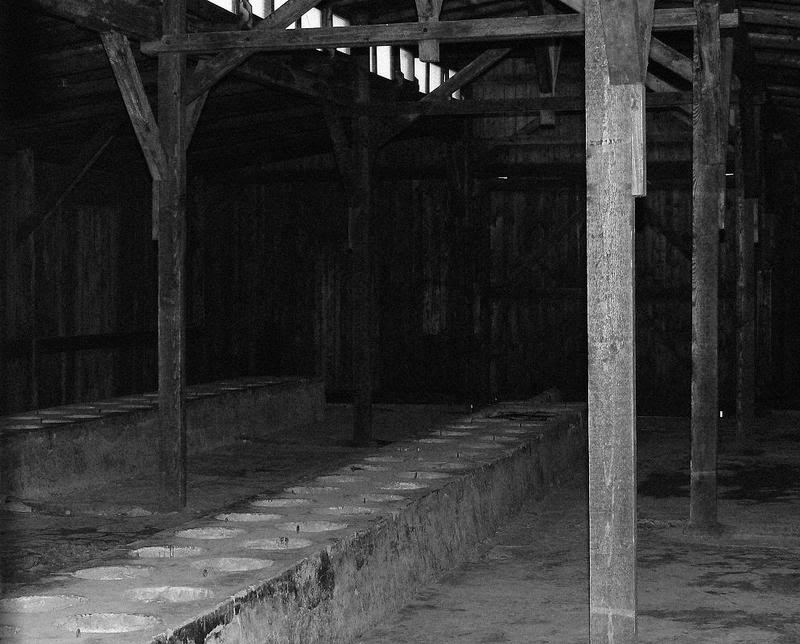 Inside one of the wooden barracks at Birkenau. The brickwork is part of the heating, intended to channel hot air the length of the barrack room. You can see the chimney pointing up through the roof: 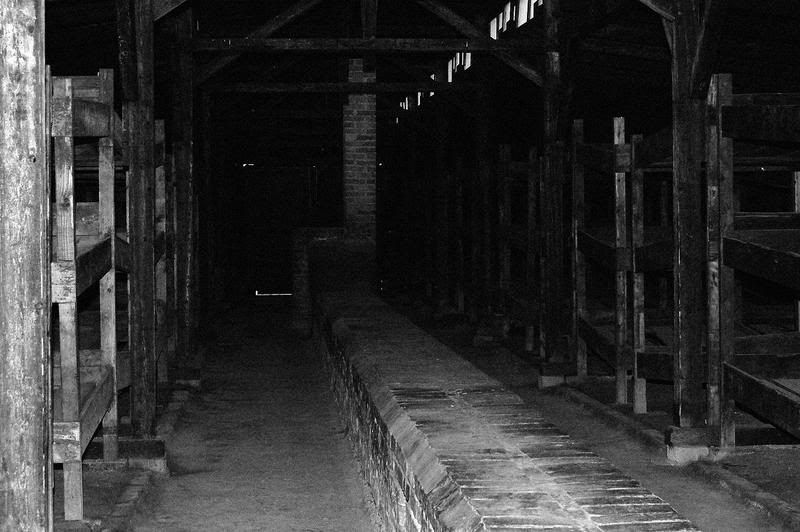 This is one of the original brick built Birkenau barracks, a lot of which survived the retreating Nazi attempts to destroy any evidence. Women were kept in here. It was the women that suffered especially, due to the fact that they had to do exactly the same type of physical work as the men, plus they had greater sanitary requirements: 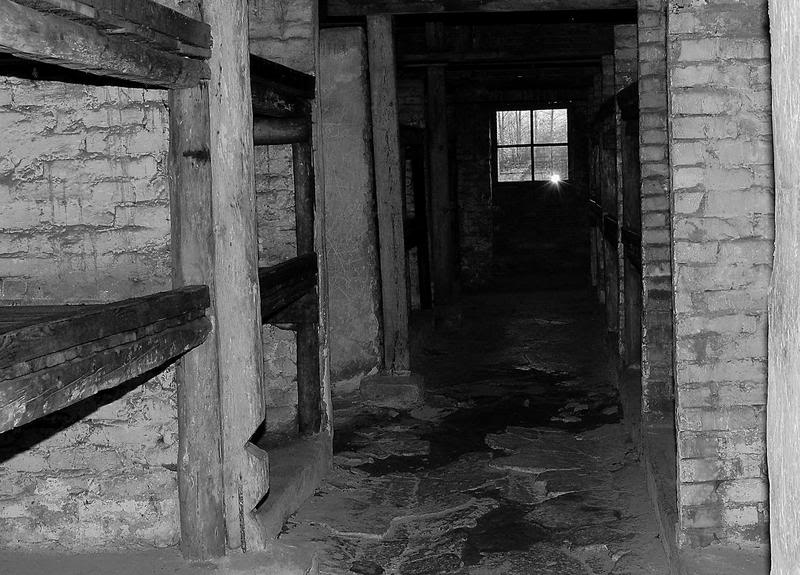 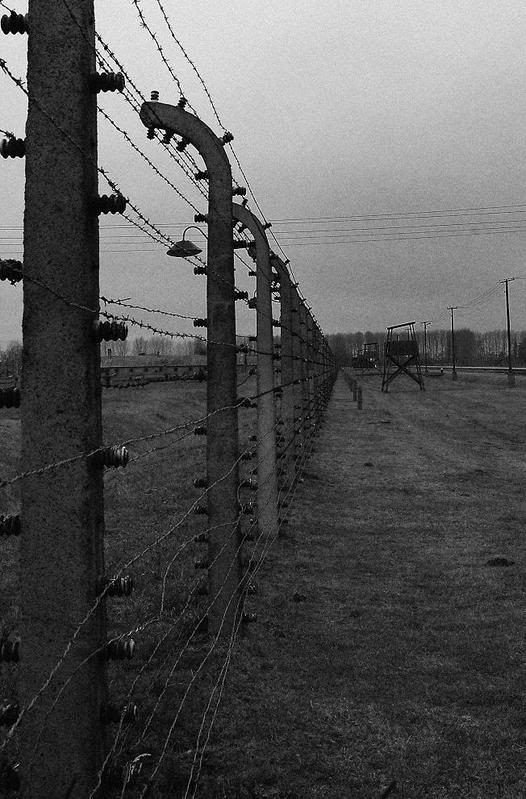 This view is looking from the memorial built in the area of the Birkenau crematoriums. On the horizon to the left is a striped chimney. This was the site of IG-Farben, where the inmates were forced to march daily to carry out their work. The small brick tower in the centre of the picture is the rail entrance in to Birkenau, possibly one of the most iconic symbols of evil. The flat, light coloured area in front of the building is the unloading point for the human cargo: 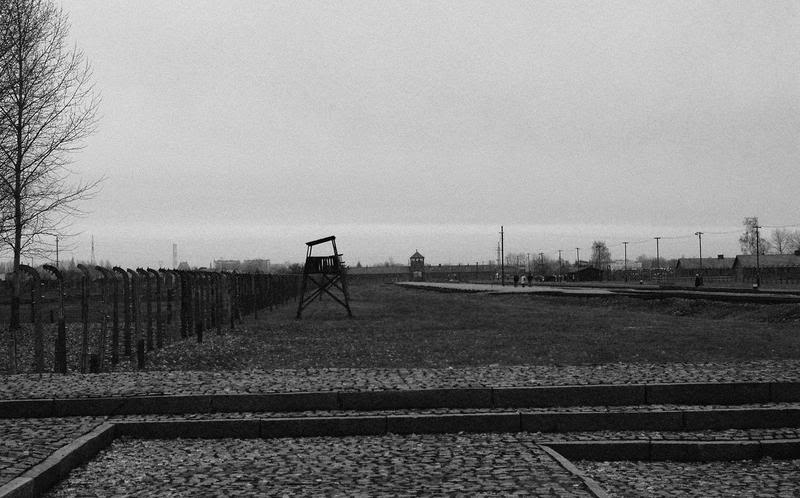 This is the entrance to Crematorium 1 at Auschwitz. Inside are the infamous showers, with the openings in the roof for introducing Zyklon B: 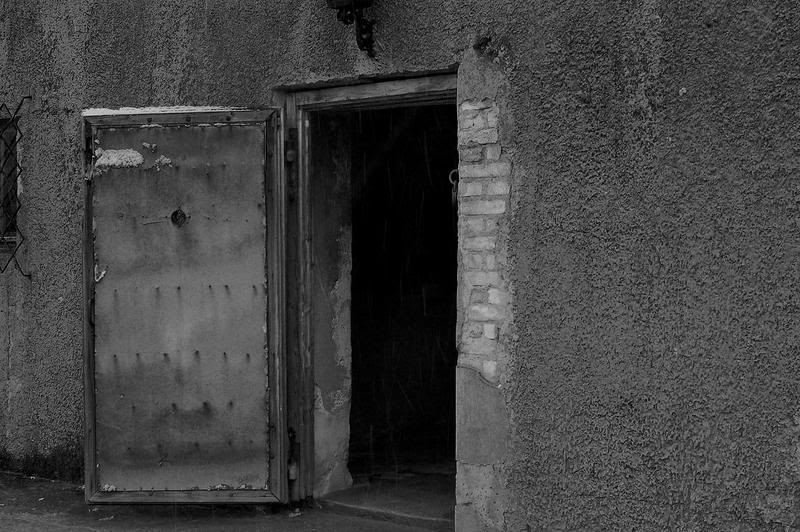 The snow really started to come down during the tour of auschwitz: 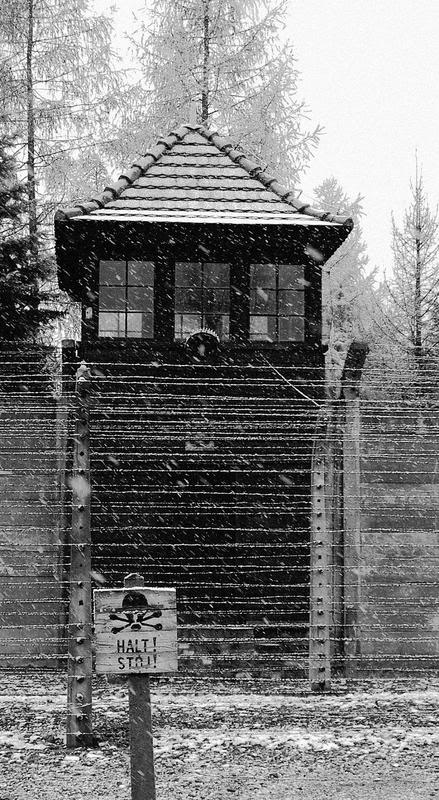 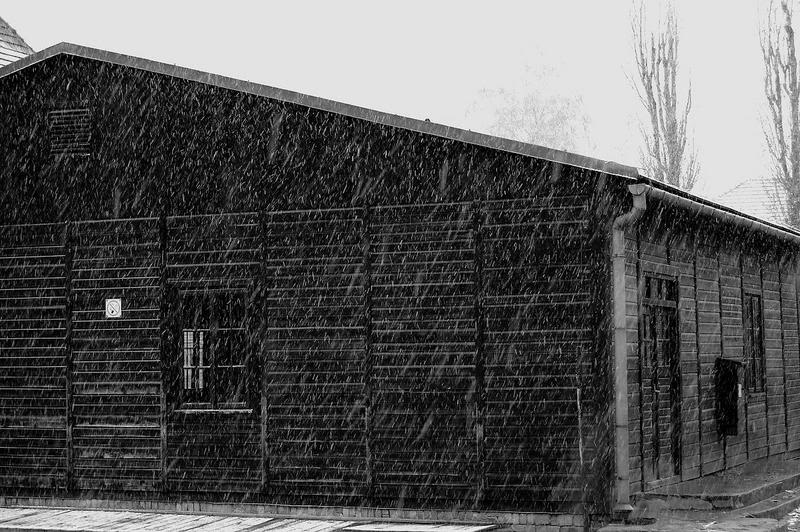 Some of the electrified fencing at Auschwitz: 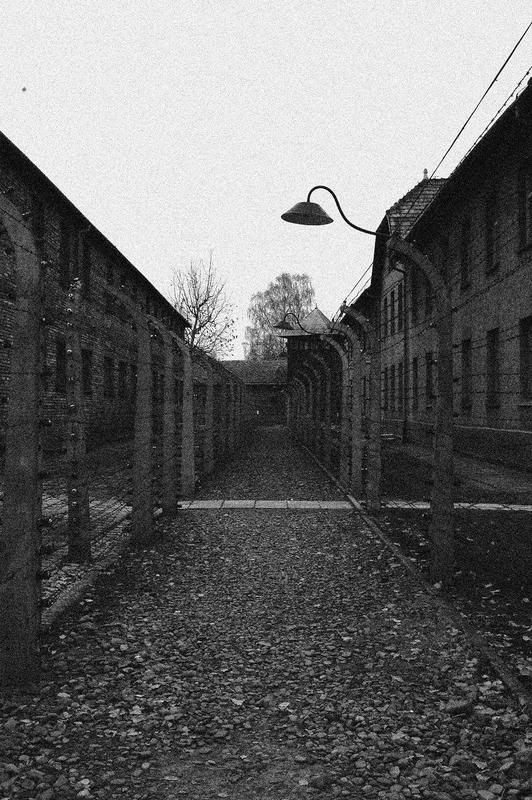 This is Block 11, the "Block of Death". The wall just visible to the left is were people faced the SS firing squads. 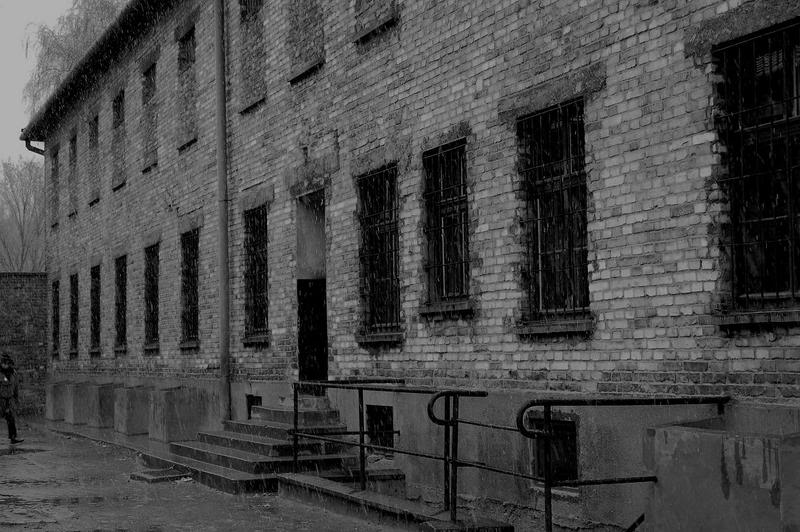 This is the execution wall of Block 11. The memorial covers all the marks in the wall where the bullets hit: 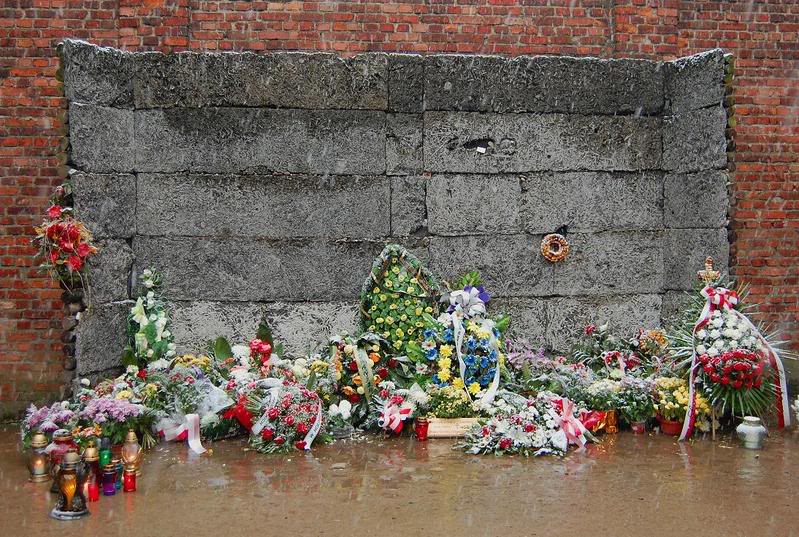 Thanks for taking the time to read this, Dave.
Flickr

Great photos Dave of such an atmospheric place. It chills me just thinking that people were capable of this...

The website is chilling too (Auschwitz Website) and well worth spending 20 minutes reading through, especially the history section. Makes your blood run cold.
Ed

It's interesting to read this and see the pictures because we are not commenting on how the shot was created and your skill as a photographer, we are looking beyond that to the feeling the pictures evoke and the descriptions add a lot of weight to that.

The picture of the entrance to Crematorium 1 chills me to the core.
http://www.specialshade.com/
http://www.flickr.com/photos/greenbrightly/

The word awesome is used too much these days but those shots are truly "awesome!"

oldwhitewood said:
The picture of the entrance to Crematorium 1 chills me to the core.
Click to expand...

Looking in to the black hole of that doorway summed the whole place up for me, Neil. The gateway to hell!

Sorry to depress you Clive. A visit to the old city of Krakow will cheer you up for sure.

You've captured the atmosphere very well - cold in every aspect.

The last photo in colour is a nice touch in particular.

Thanks for this Dave.
I for some reason, have been compeld to vist this place, I dont know why, just to see what evil us humans are cpable of. we can see in some people even the slightest bit of power can turn a decent man to a nasty being. In this case, so much power unleashes evil, when there is no one strong enought to stop him.
I will one day make the same visit.
T

People forget it was Britain who first used concentration camps during the Boer. Not a great legacy to the world.