Played about in photoshop this morning (slow start to the day at work ). Not great, but you get the idea:

Also, the psd with background "trimmed" out onto a second layer is >>here<<

SteveUK said:
Thanks Was a very quick thing. I like the blue too, cos it hides my dodgy photoshop chopping
Click to expand...

Middle looks best to me, out of the three. Blue looks too artificial for my taste.

No background at all using the pale wall behind would work well.

For a final photo shoot, use a seperate light source to light up wall for a nice effect.

SteveUK said:
Played about in photoshop this morning (slow start to the day at work ).
Click to expand...

Great minds think alike but you got there first damn you! 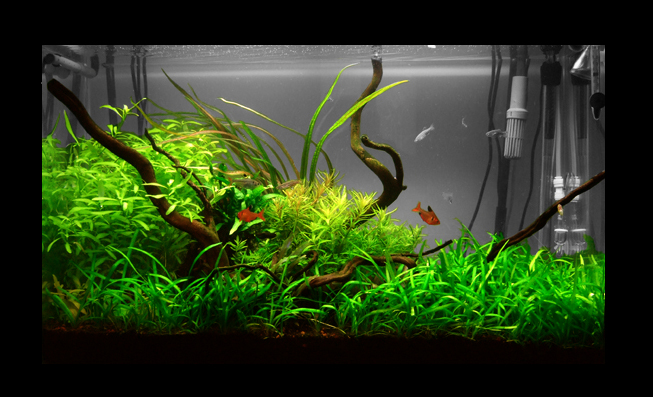 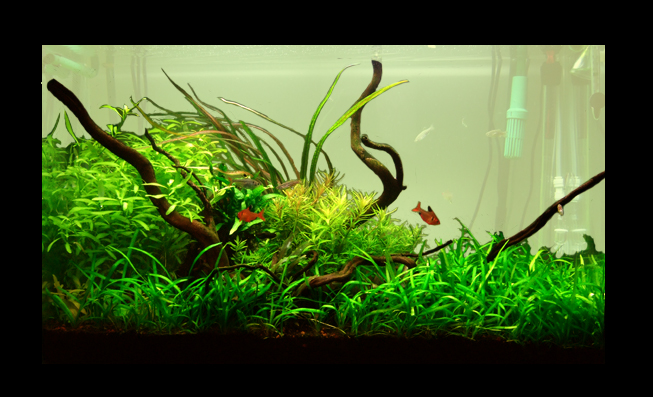 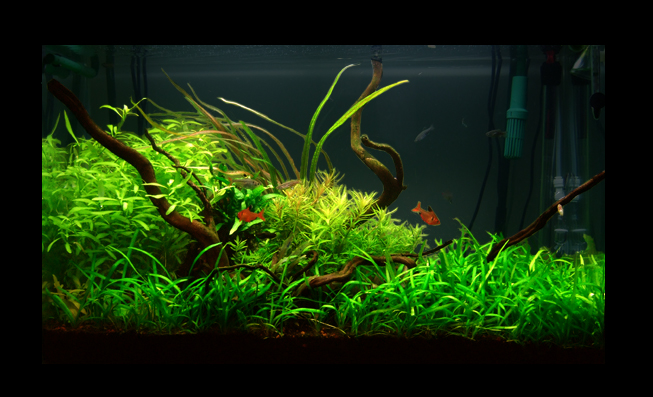 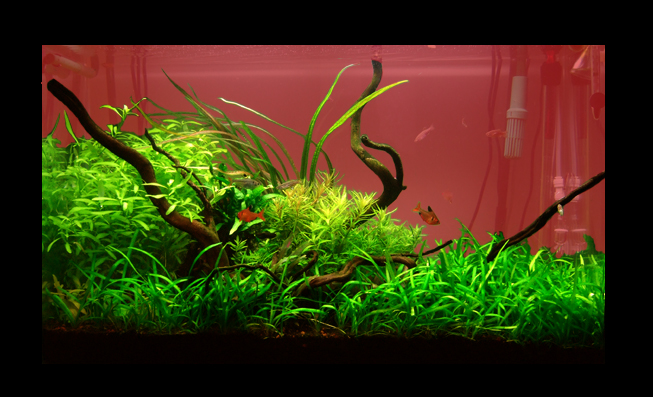 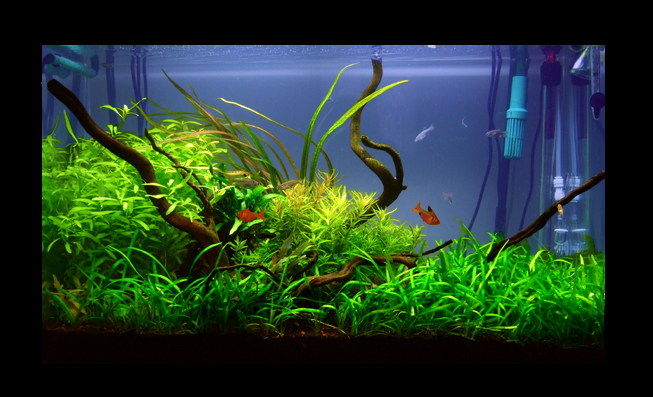 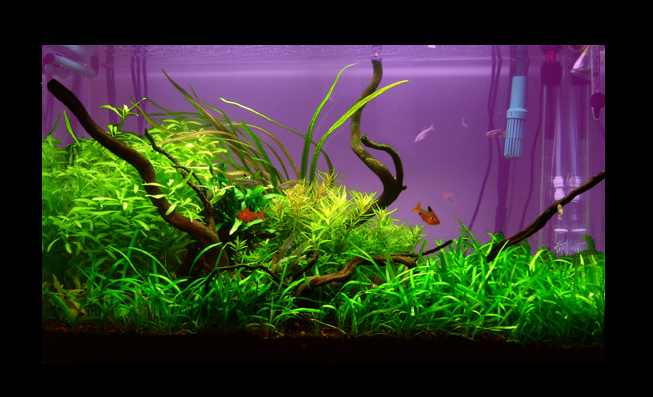 Generally I agree with George, I prefer the more neutral colours though I'd still be tempted to try a rusty red as I think it compliments nicely.

Playing around with lighting might be an option but you'd have to make sure the wall doesn't out shine the tank, but that may just be because I prefer a slightly darker background.

I quite like the blue as it's a bit different, but prefer the beige one. Any stronger colours and then you start to lose the fish.

I'm going down to B&Q after work to get myself a piece of free wallpaper!

I'd go for the middle one that Steve did

Glad everyone is having fun with my photo!

Thanks Steve and Egmel much appreciated and it saves me buying lots of pieces of card/paper!

I've got some black at home that I will try over the weekend. I really like how black makes the colours of the plants standout. I have a spare ballast too, so I could probably try rigging up a back-light for the wall. Will experiment.

Thanks again all for your comments, interesting thread this one

Themuleous said:
I've got some black at home that I will try over the weekend. I really like how black makes the colours of the plants standout.
Click to expand...

Agreed, but I think the black won't do the wood any justice. With such a striking feature it seems a shame to choose a background which doesn't emphasise it.

I have a spare ballast too, so I could probably try rigging up a back-light for the wall. Will experiment.
Click to expand...

What might be interesting is using a softer light (an old bulb works well) or a small spot light that comes from top right. (Ikea do some for about Â£1.50) That way you light behind the wood but not behind the plant mass on the left.

You're right this is an interesting thread. I'm only just getting into taking photos which aren't just point and shoot (really doesn't work with fish!) so the discussion about how to 'tart' up a tank specifically for a photo is all new!