Hi, guys! I'm cycling my tank for 9 days and during this time have appeared an odd yellowish dust on the plants, gravel, rocks and at whole tank. I'm putting crystalized bacteria every day (sera bio nitrivec and dennerle aqua rico) to cycling the tank faster. Do you think this dust is several bacterial colonies or just an algae bloom? Thank you. 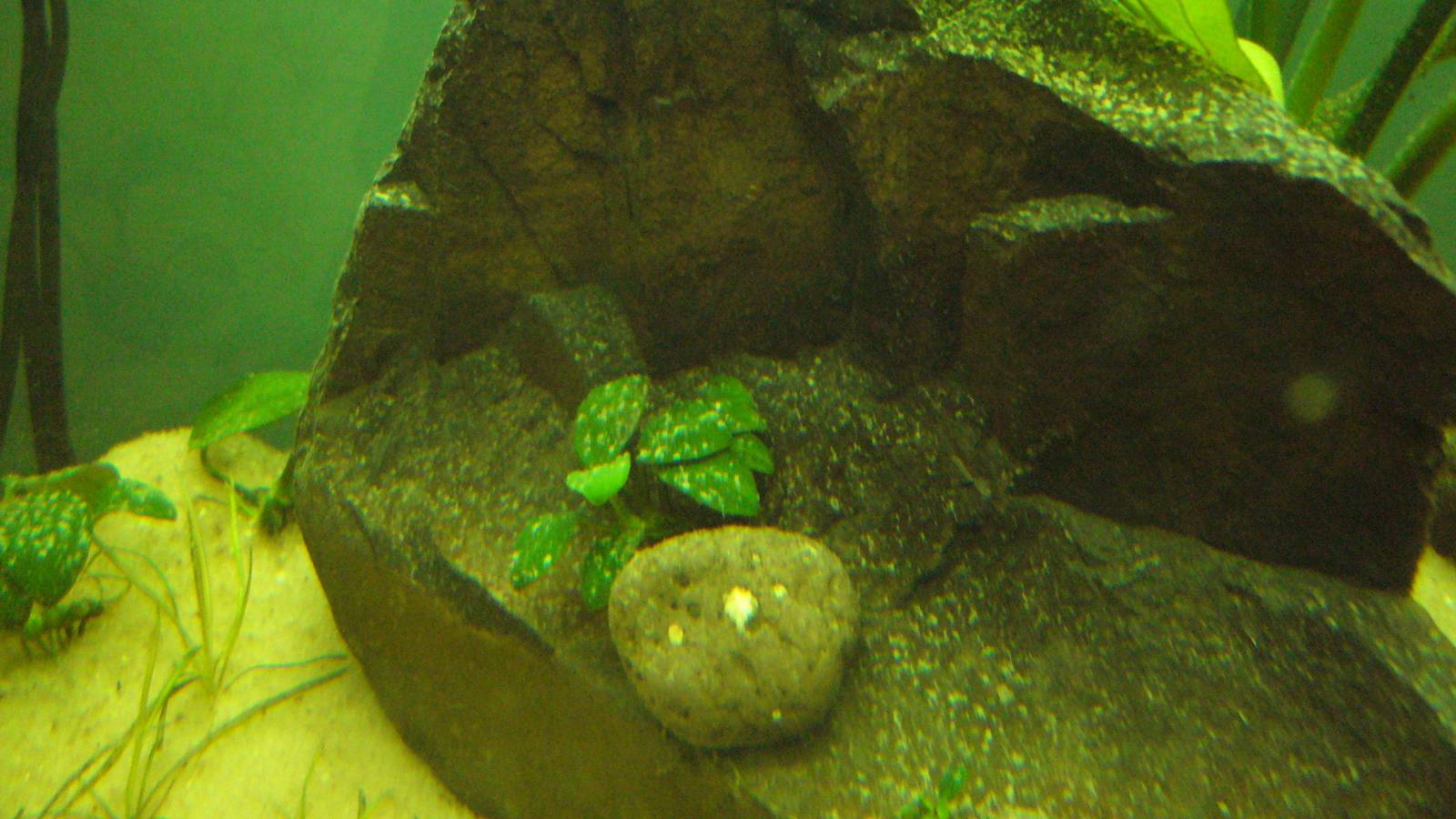 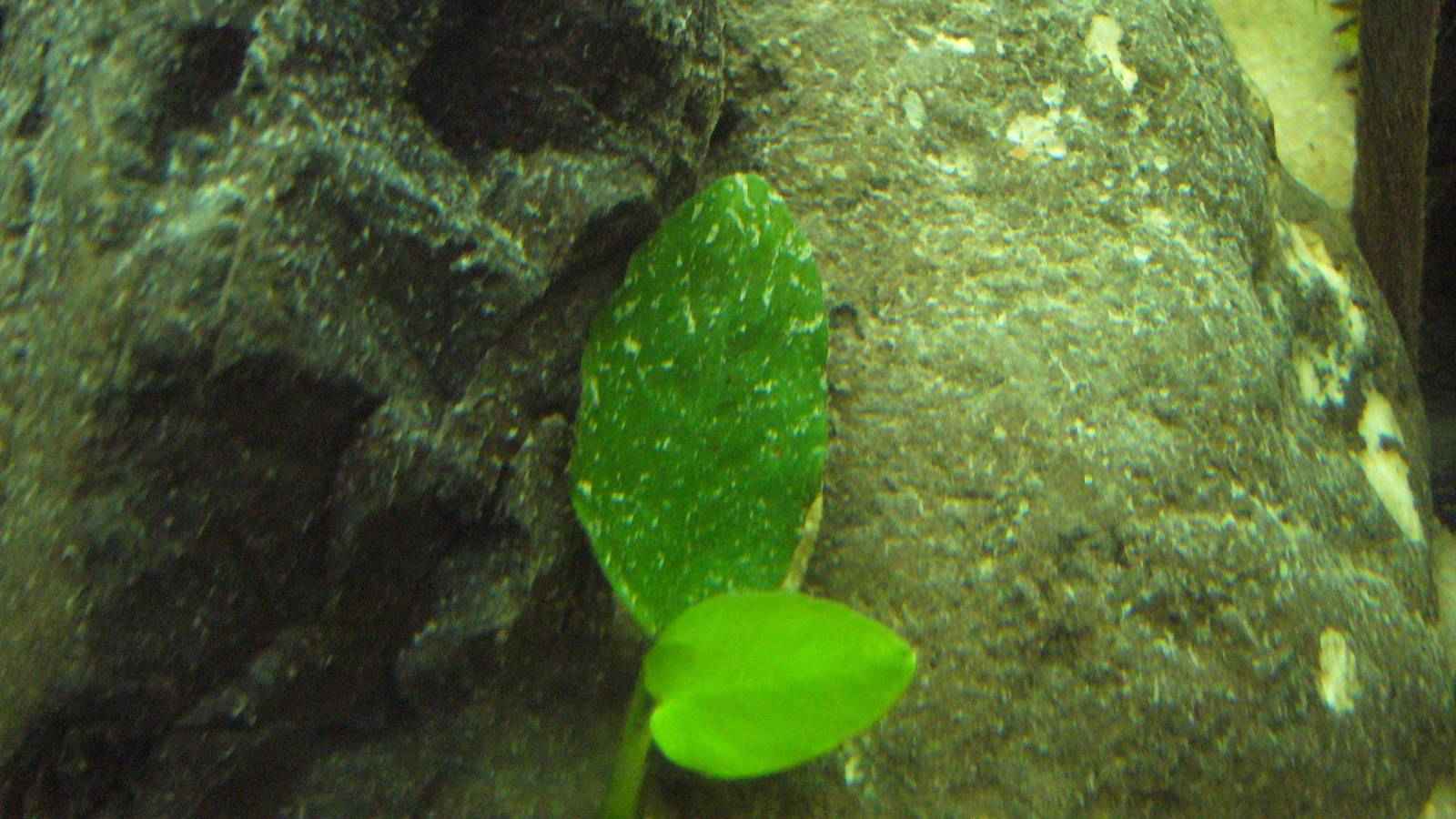 Is it precipitation of some kind?
darren reserves the right to go off-topic

darren636 said:
Is it precipitation of some kind?
Click to expand...

No, I think it's something alive. They are glued to objects.
M

Doesn't look like algae to me. If in doubt stop using the product. As long as you have live plants in the the tank all you need to do is just wait a couple of weeks and your tank should be good to go.
Not the best looking aquariums as I'm still a novice in keeping aquatic plants but I hope yous can follow my progress,
cheers,
Michael.
Low Tech 30L Betta aquarium
Low Tech 30L Shrimp aquarium
Orchids

Perhaps Diatoms. What is your lighting set up/ duration?
darren reserves the right to go off-topic

darren636 said:
Perhaps Diatoms. What is your lighting set up/ duration?
Click to expand...

Your light should be fine. It might be this product you are dosing.
darren reserves the right to go off-topic

Yeah, stop dosing it. "Bacteria in a bottle" products don't work. Are you doing a proper fishless cycle with aqueous ammonia?

Victor said:
Do you think this dust is several bacterial colonies or just an algae bloom?
Click to expand...

darren636 said:
Is it precipitation of some kind?
Click to expand...

I'm pretty sure it is a precipitate of some kind, it may be from the bacteria addition.

Michael W said:
If in doubt stop using the product. As long as you have live plants in the the tank all you need to do is just wait a couple of weeks and your tank should be good to go.
Click to expand...

Sacha said:
Yeah, stop dosing it. "Bacteria in a bottle" products don't work. Are you doing a proper fishless cycle with aqueous ammonia?
Click to expand...

Michael is right, you don't need to add ammonia, or as Sacha says any bacterial supplements, the whole idea of "the cycle" isn't relevant to planted tanks. Have a look here and links <New shrimp set up | UK Aquatic Plant Society>.

dw1305 said:
the whole idea of "the cycle" isn't relevant to planted tanks
Click to expand...

Hi, Darrel! Why the cycle isn't relevant to a planted tank? It's because the plants absorb all ammonia leaving nothing to bacterias?

Victor said:
Why the cycle isn't relevant to a planted tank? It's because the plants absorb all ammonia leaving nothing to bacterias?
Click to expand...

Pretty much, but they also provide areas in the root zone etc where nitrification can occur.

Early form of "physarum polycephalum" (that white mushroom thing)? It appears sometimes in a white form in aquarium apparently. Anti-fungus seems to works. (never face that problem for real, I've just read things about it...)

Good morning, guys! I've noticed the presence of brown algae growing on the gravel and plants. They're spreading fast and started to form threads. My tank is at 12 th day of cycling. I'm using 4 x 30 w T8 tubes above 8 cm water surface and them remain lit 6 hours during every night (the tank receives indirect sunshine during the day). My tank has 200 cm x 40 cm x 45 cm and the plant mass is still little. I've tested ammonia and got result 0. What I might to do? Thank you.

OK, let me break this down to make it a little more palatable:

1. Stop counting days of cycling. This path leads nowhere. It will take months for your tank to mature. Just having a tank "cycled" as described in common literature is a waste of energy.

2. I don't know how much you paid for your Nitroglycerine, but whatever you paid was too much. In the future, please realize that you can get billions of live bacteria for free by just going outside in your garden and digging up some dirt near any plant. In fact, dig up some weeds that you intend to throw away and take soil that it was removed from. The same bacteria in that soil are the ones in your tank. You do not need to spend money on lifeless, suspended animation, zombie bacteria sold for shocking and outrageous prices. None of that stuff helps your tank cycle any better than the dirt on the bottom of your shoes, OK?

3. Diatoms often occur at tank startup. It can usually be attributable to the effects of too much light in an environment that is in it's infancy. The lighting should be reduced to 1 or at most two bulbs for now. You can also do a 3-4 day blackout preceded by and followed by huge water changes (huge means nearly 100%) Vacuum and clean the plant leaves and continue the 2X-3X water changes for the next couple of months.

4. Stop adding ammonia as Darrel suggested. You are trying to cultivate a tank with living things and to keep it as clean an unpolluted as possible. Adding ammonia to your tank is like throwing sewage into your house. Please stop doing that. It doesn't help make your tank healthy, instead it causes problems such as what you are experiencing now. Some people get away with it because of other factors related to their tank and maintenance, but you are not getting away with it, so stop it.

5. Stop testing ammonia. Stop testing for everything. Test kits do not tell you anything that you cannot already see with you own two eyes. Do you have algae? Are there weird unknown substances on your plant leaves? Well that's all badness and it's unhealthy, and I didn't need a test kit to tell me that. I just figured it out. So, whatever you paid for your test kits was too much. I've saved you at least 50 quid so far. With the money saved buy a bigger filter or a better CO2 rig or more nutrient...or more plants. That will have a 100X bigger impact on returning your tank to health than dumping overpriced chemicals into the tank or testing.

6. Have patience. The tank takes the same amount of time to stabilize, regardless of what delusional products you are told to buy from The Matrix.

Ceg, I am surprised that you are telling him to stop adding ammonia.

Don't you use the fishless cycle method of adding ammonia to cycle tanks?

Without ammonia, the Nitrosomonas will die off.

Well get ready for more surprises:

Ammonia is toxic to bacteria, even the bacteria that eat ammonia. Adding ammonia to your tank is like feeding a baby a drink of water from a fire hose. It's just too much. Adding ammonia kills more bacteria that it propogates. It especially is toxic to the bacteria that DO NOT eat ammonia. The problem is that there are many more of those that are just as important to the health of your tank as the ammonia eaters which are wiped out when you add too much ammonia to the tank. So just because there is a perceived increase in Nitrosomonas, it does not mean that you are doing the tank any good.

Just as a reality check, can you see this product? 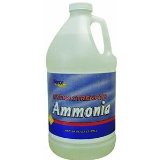 Well it has ammonia and we use it to kill bacteria on the floors and kitchen surfaces. It's pretty effective. That's probably why you have it under your sink, remember? So don't be quick to jump on the ammonia bandwagon. It's a toxin and it doesn't help any more than simply adding nothing at all.

Secondly, Nitrosomonas/Nitrobacter are in a class of organism s called "che·mo·au·to·trophs" which means that they are able to make their own food from different inorganic substances, like CO2, for example. Because there are varied substances that they can use, they are NOT dependent on only ammonia. They simply switch to a new source of nutrition when the primary nutrient is in short supply,

Thirdly, there is always ammonia being produced in the tank. Any body of water will automatically develop bacterial colonies, even if there is nothing in it at the beginning. Residue, spores and precipitates from the air settle into the water and there develops a culture in the body of water whether we want to or not. Why do you think stagnant pools of water have an odor? The odor is produced by bacteria.

Even better is if you plant your tank at startup with lots of plants. All the bits and pieces that fall of and decay results in small amounts of ammonia which build in concentration naturally and at a proper pace. If you didn't have any plants you could just toss in some flake food and let it go at that. whatever animals or vegetable matter dies in the water immediately produces ammonia, so in reality Nitrosomonas never runs out of ammonia. In 6-8 weeks the tank can be considered mature and stable.

Fourthly, ammonia in the tank has to be converted to NO2/NO3 which, if there is a population of Nitrosomonas, will crash the Oxygen availability in the water. The bacteria require more Oxygen than ammonia, that's for sure. So sudden population rises ssuffocate the tank, which then kills bacteria because these guys are aerobic. When the tank goes into Oxygen debt those species we are trying to propagate fail at the expense of toxic anaerobic species, further deteriorating the health of the tank. People can't see that because they are measuring useless information like NO3 and they do not generally have tools to measure the things that really matter, like Oxygen or bacteria population demographics.

So nobody needs to dump ammonia into their tank, which is actually counter productive. People all over The Matrix turn their tanks into toxic waste dump sites and they think they are doing the right thing. Later they have plant or fish problems that developed from these procedures but they do not trace the problems back to this practice of pollution.

Change you water frequently to help control Oxygen levels, feed you plants with nutrition and ample CO2, keep the tank clean BE PATIENT and in a short will the tank will develop the necessary populations and diversity required to keep the tank healthy.

Yeah, wow. I've been doing it wrong all this time.

the whole adding ammonia this never really made much sense to me. nice to see an explanation as to why it is wrong though!
You must log in or register to reply here.

algae and algae spores in filter?
2