-54 litre tank
-11 watt LED, 8hours
-AquaEl filter (not sure of the specs but came with the tank so I assume it's appropriate for the tank volume)
- Very, very, very low budget Tropica co2 surface 'diffuser' (lame, I know, but can't afford an upgrade unfortunately.)
-Dose TNC complete, 4 ml per week (1 ml every other day). 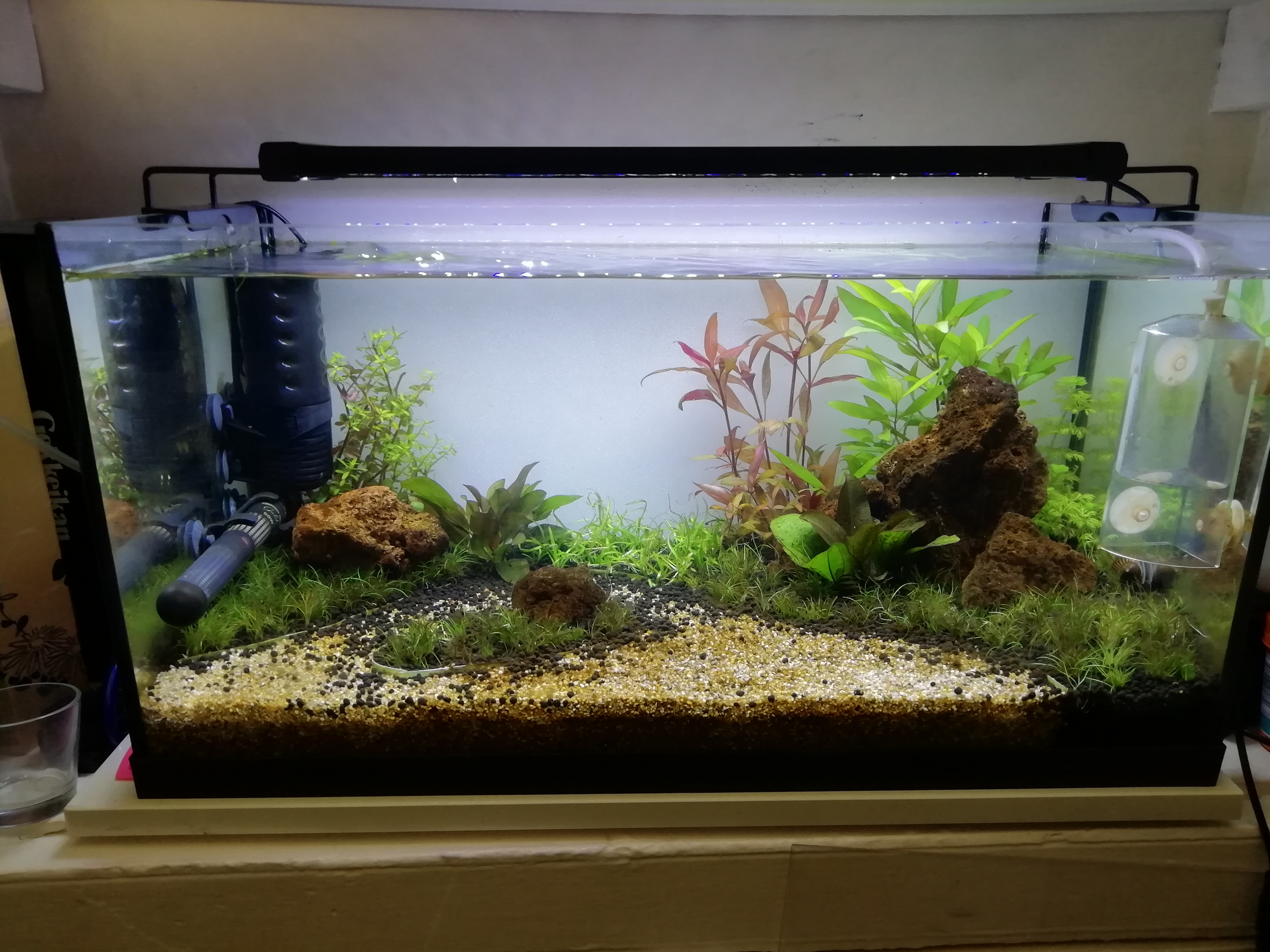 After around three months of running the tank and adding plants over time (most of which have been growing at a quick and steady rate) I began to notice more and more brown, 'dusty' looking algae appear on the glass and plants. I added two amano shrimp and they did a great job of munching away at it until it was almost gone. However, after another few weeks it appeared again but also in a hair like form as well this time. It's almost covered the eleocharis mini, and is forming long strings from some of the stem plants. 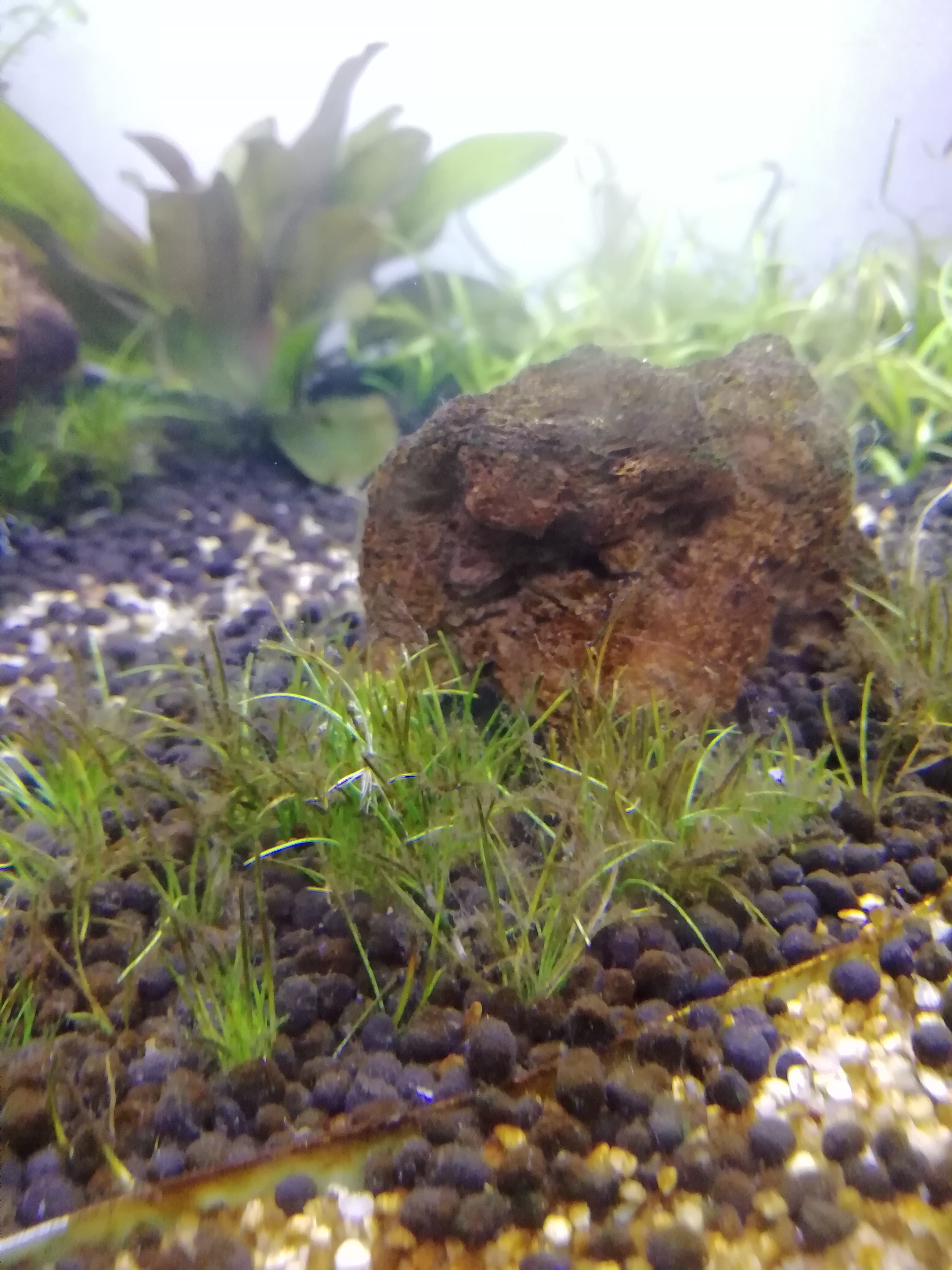 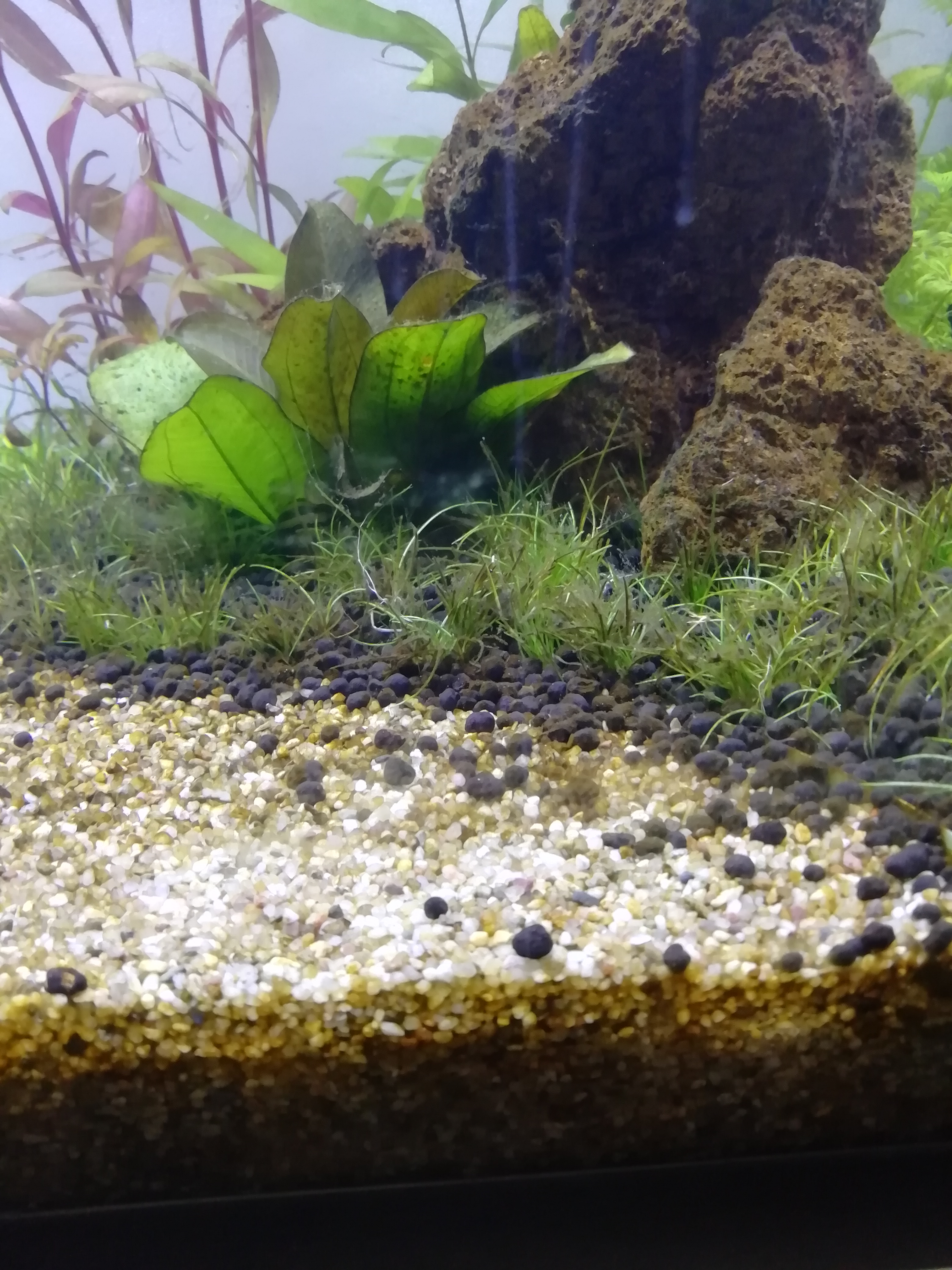 I'm a complete beginner, so no advice is too elementary!

I've considered getting some slightly brighter lights, as I'd read that that may help, and I've manually removed as much of the algae as possible/trimmed affected areas and then done water changes, but to no avail

Any help is more than welcome!

What clean up crew do you have? shrimp/snails /algae eaters as from you pic I cant see any
E

2 amano shrimps and 2 nerite snails. The nerites have only been added in the last 2 days.

I would reduce the photo period until you have it under control. RCS are a great chioce IMO and will soon multiple with all that food and they look great IMO too.
E

I'm going to go and pick up a few more amanos tomorrow. I don't think I'll be able to get hold of any cherry shrimps.

Will try and cut light down to 6 hours and see what happens. Any other tips/suggestions welcome!

Add more plant mass, fast growers or floaters.
You must log in or register to reply here.