I got some Bucephalandra recently. It was lost in the post for 12 days on a trip from France to me in 5C weather. Most arrived in alright condition a few damaged leaves and a couple rotting rhizomes, but the vast majority came in good health. One of the species I received was the wrong one Kishii (Dark Achilles) for Pearl Grey.

This plant came in looking pretty sorry for itself and not because of the trip. There was one emerged leaf that was in poor health and a few submerged leaves that looked quite promising. However, after a day or too in my aquarium, one of the submerged leaves appears to have melted. After another day, one more leaf had dissolved in half. I’ve read that this species does poorly underwater from a lot of sources, but I have also come across a number of successes.

Does anyone have any suggestions as to why the leaves have melted or any experience with the plant? If it doesn’t survive underwater I’ll move it to a terrarium, but should I do this sooner rather than later?

Here are some photos of before and after the melt. 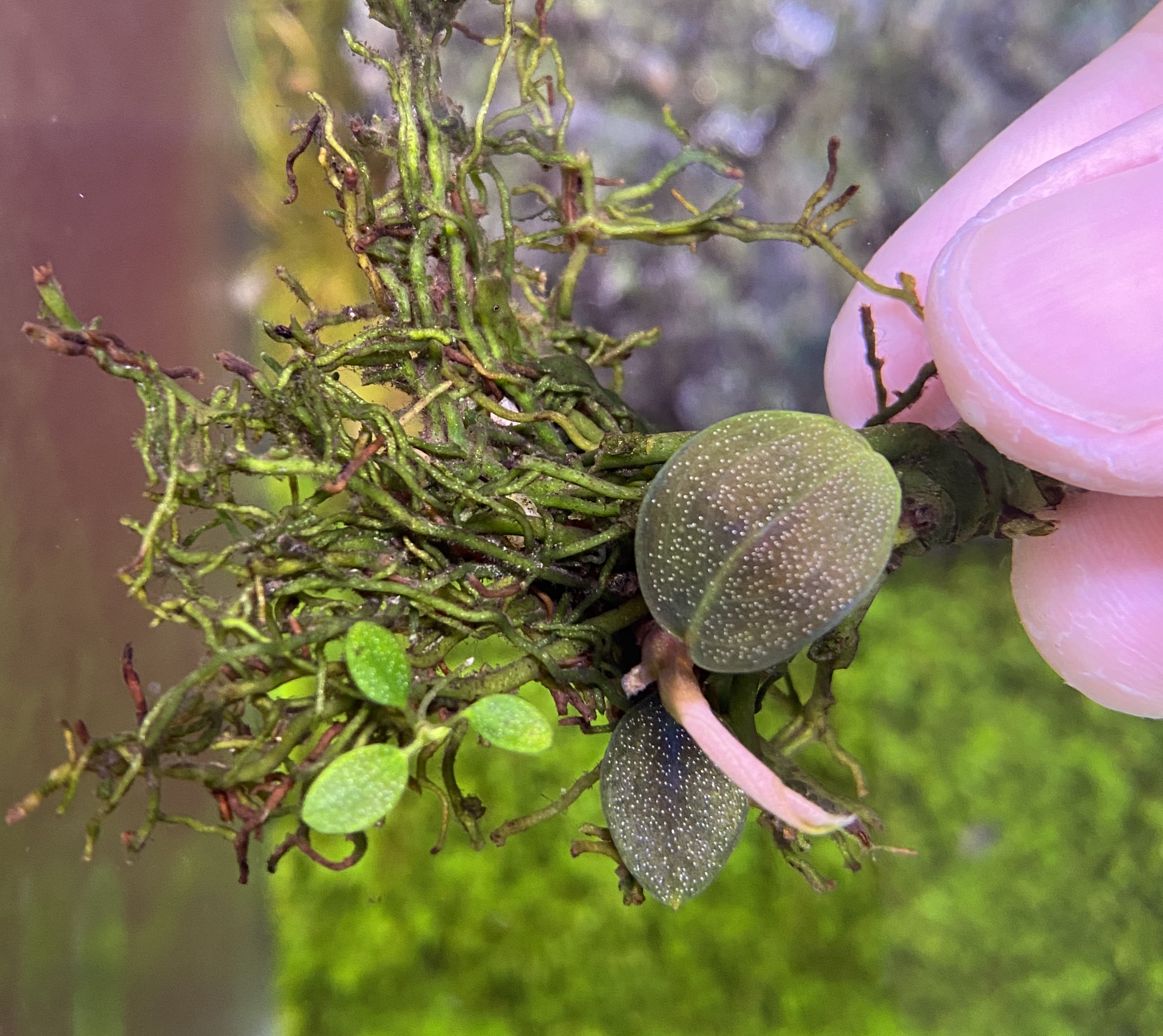 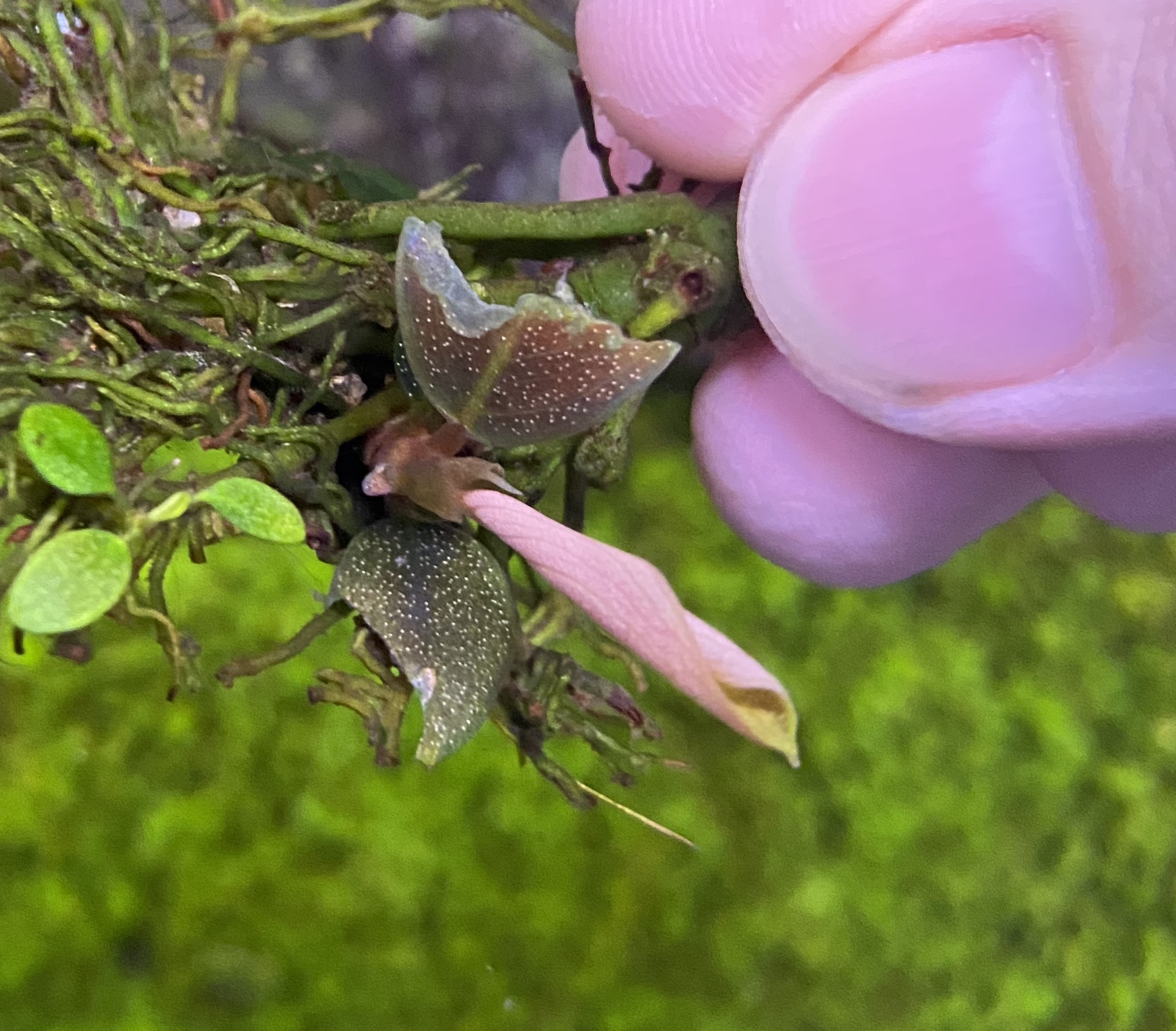 You want high humidity and if the terrarium has this then I would put it over there to let it recover more, the red leaf and pink underside colouration looks really pretty. I use Cupcake cups upside down for growing on small tissue culture specimens either with their roots fully submerged in a centimetre or so of tank water with some added micro and rhizoctonic (root stimulant) or glued on lava rock chunks out the water but with the root tips in the water, the lava rock is absorbent enough through capillary flow to remain moist. 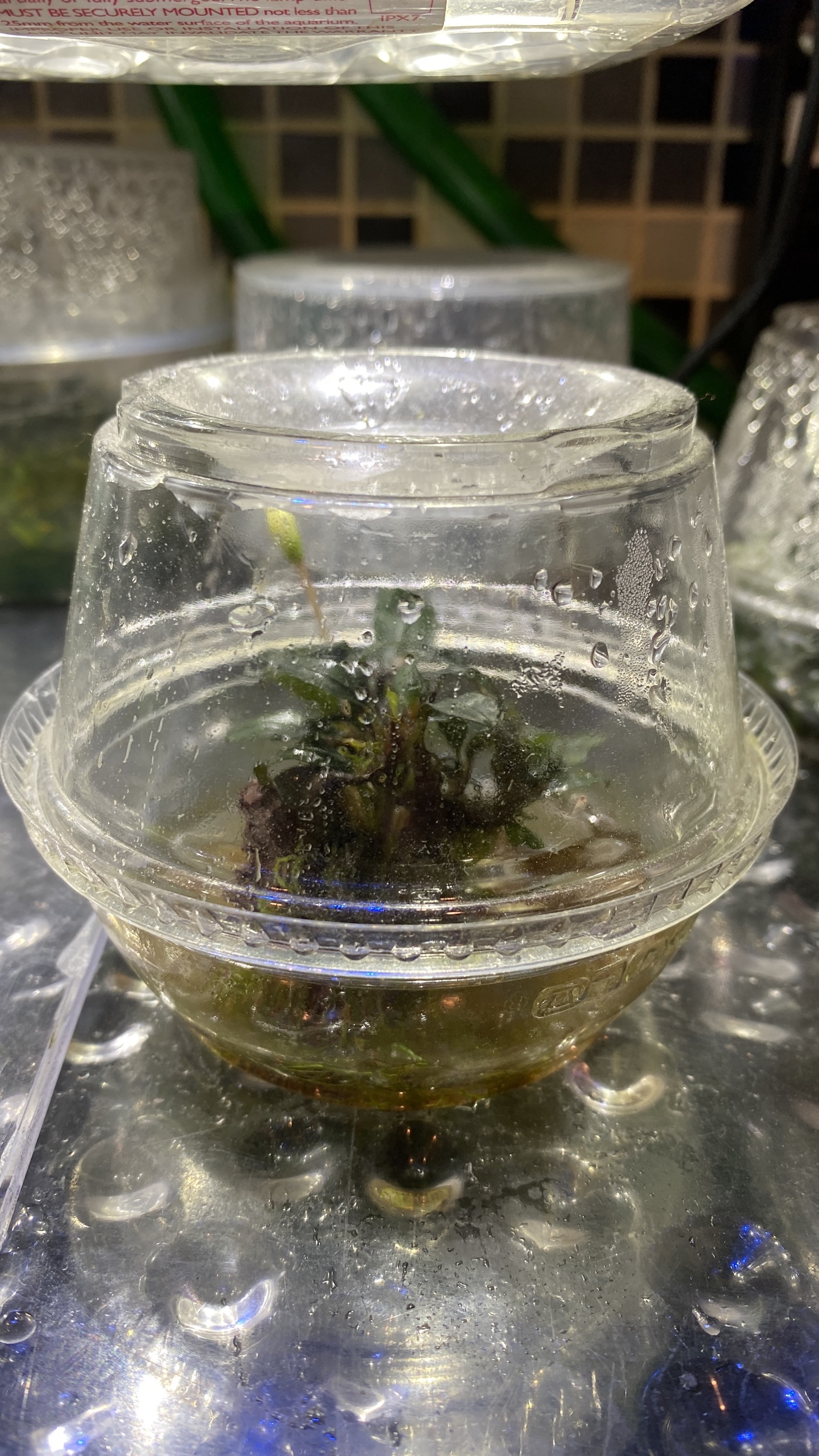 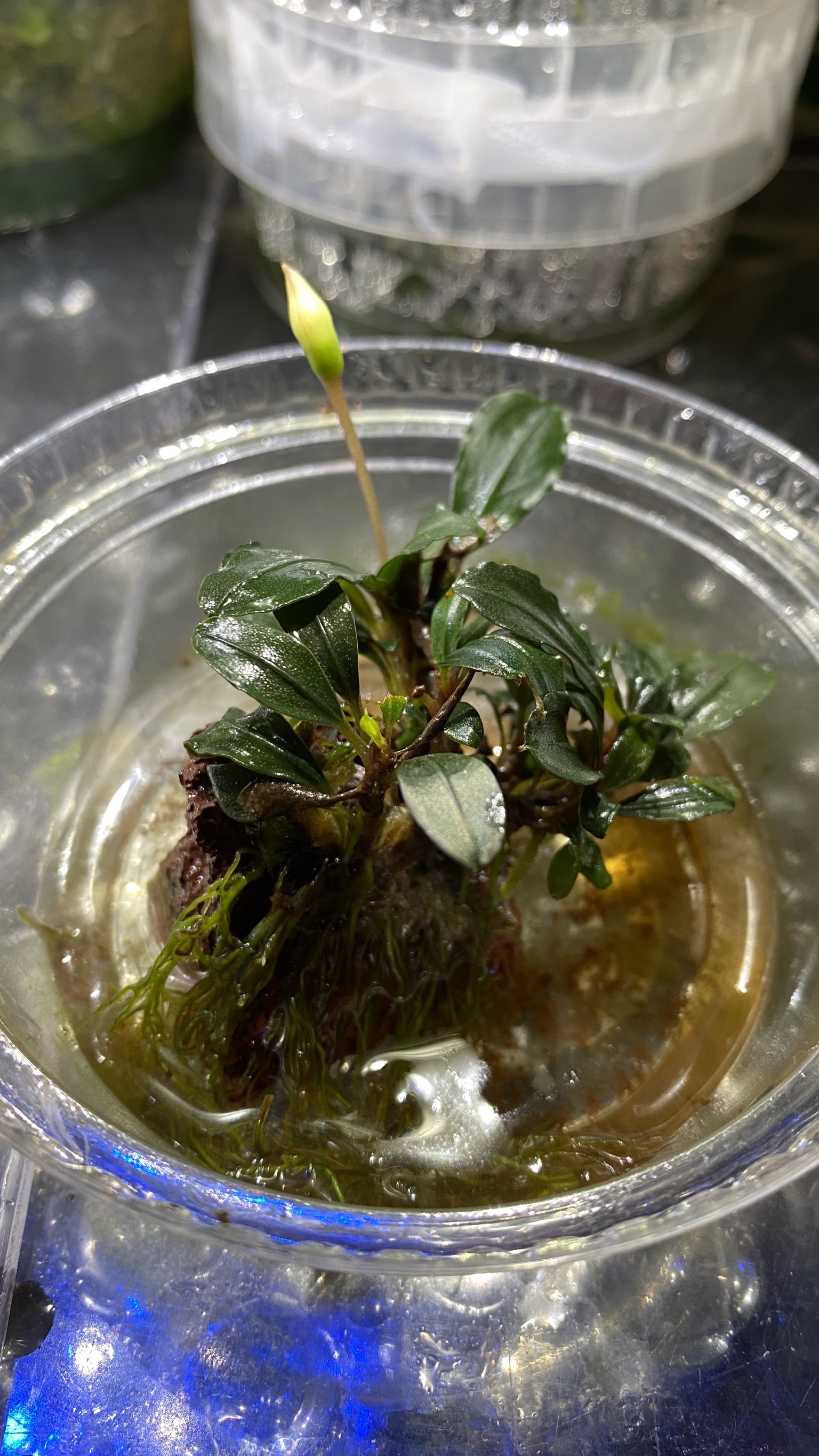 Thanks. I’ve trimmed off the melting leaves and I’ll leave it submerged while I go off on holiday for a week or so. If I come back and it’s in worse condition I’ll stick it in a make-shift terrarium. I guess the rhizome will store enough energy for the plant to survive a while, so I won’t worry about it for now.
You must log in or register to reply here.
Similar threads