Was trying to re-scape my big tank but my Cat, Aslan was being a total pain. He thought moss cotton was put on this planet to amuse him and unlike most cats he loves to get his paws wet. Thus I resolve to give him his own scape to destroy. I used some mint (the kind you get in the pot at the supermarket) and the rock is covered in emergant Java moss. Was a bit of a laugh but Aslan likes it 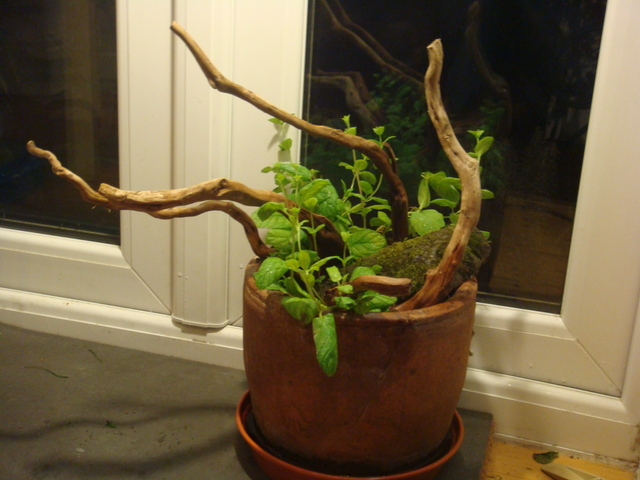 Aslan moves in for the kill ! 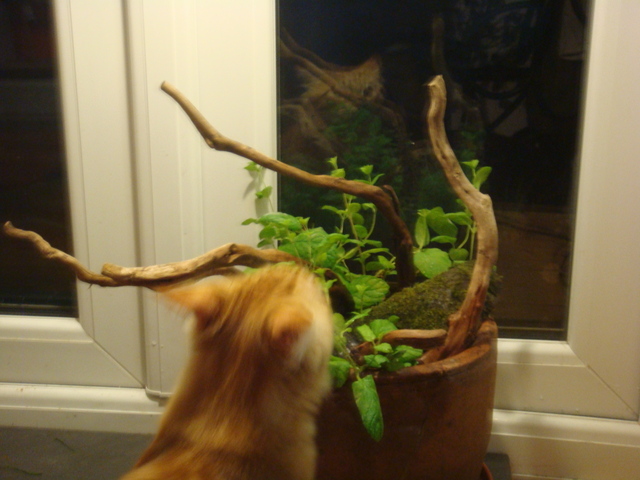 Awesome! Cats are so cool. I miss my old cats from when I was growing up

My two are on the tank hood all the time, a pain when its feeding time.
L

Any update to this scape??