I've got one of these for use as a photo light

Most DIY stores sell them as well but only up to about 22-25 watts normally.
S

Aqua sobriquet said:
I've got one of these for use as a photo light

Most DIY stores sell them as well but only up to about 22-25 watts normally.
Click to expand...

Very similar to the one I have

The more I read about light the more confused I get
Kelvins are irrelevant?

dean said:
The more I read about light the more confused I get
Kelvins are irrelevant?

dean said:
The more I read about light the more confused I get
Click to expand...

Stop listening to the Kelvin lovers. Then you won't be confused.

dean said:
Par is what matters?
Click to expand...

No they don't. This is an illusion.


sr20det said:
however sunlight is the mother of all light, so if you can replicate that, all is well, no?
Click to expand...

dean said:
The more I read about light the more confused I get
Click to expand...

Stop listening to the Kelvin lovers. Then you won't be confused.

dean said:
Par is what matters?
Click to expand...

No they don't. This is an illusion.


sr20det said:
however sunlight is the mother of all light, so if you can replicate that, all is well, no?
Click to expand...

sr20det said:
however sunlight is the mother of all light, so if you can replicate that, all is well, no?
Click to expand...

dean said:
..Ceg can you explain this to a thicko like me or is there an idiot proof simplified thread somewhere?
Click to expand...

Some interesting information here=> Green Light Drives Leaf Photosynthesis More Efficiently than Red Light in Strong White Light: Revisiting the Enigmatic Question of Why Leaves are Green
Tons of studies out there, but at the end of the day what counts is the results in the tank. You'll see a greater difference in performance by a simple tweak of your gas than you will ever see by trying to optimize color combinations.

It seems like people are just not getting it, so let me see if I can try to explain it another way.
I'm afraid it can't ever be made be idiot proof because idiots are ingenious at screwing up even the simplest of things. The basis of the initiating energy from light, which is used in Photosynthesis is rooted in Quantum Electrodynamics. So you're gonna have to buckle your seat belt Dorothy, because Kansas is going bye-bye!

When we arrive in The Land of Oz we have to start with the basics of matter and energy. The simplest explanation I could find is here=> Atomic Model

Now, in the opening sequence of that animation it shows a photon of light zooming in from the left on a collision course with an atom. Even if you weren't able to follow everything in the animation, the most important sequence is that very first one. Photons of light entering the electron cloud which surrounds an atom, or which surrounds a molecule, have a chance of colliding with one of the electrons in that cloud. When the collision occurs, the photon is destroyed but the energy that it carried now pumps up that electron so that the electron can travel further away from the molecule. In the sequences that follow, what you should have seen is that if nothing else happens the electron falls back into it's original state and in the act of falling back, releases the energy it gained in the form of a photon. In this way, the Law of Conservation of Energy is complied with.

In Photosynthesis the plant cleverly arranges special molecules, which are basically just pigments, to interact with the inbound photons. The scheme of the arrangement is to pump the electron with enough energy from repeated inbound photon collision so that the electron completely escapes the magnetic grip of the pigment molecule. Once the electron escapes the molecular orbit, it can then be used in chemical reactions. The pigment molecule, having lost an electron, is said to be "Oxidized" and now has to retrieve a replacement electron so that the cycle can be repeated.

Advanced readers may be interested to know that this particular pigment structure, a group of chlorophyll molecules is known as the "P680 complex". The 680 refers to the maximum wavelength of photons that it responds to (far red). An Oxidized P680 is one of the strongest Oxidants known. It is so strong that it can rip a water molecule apart to steal an electron in order to replace the one that was lost by photon absorption. When it does this, the water is broken into it's constituent Hydrogen and Oxygen. The Oxygen is released into the atmosphere and the Hydrogen is kept and used to power other important processes. This is the origin of why plants pearl.

Other types of cell molecules eagerly grab the electrons released by the pigment molecules. The cells are then considered to be "Reduced". Like a group of firefighters moving a bucket of water along in a queue, the electrons move along a path, each time causing chemical reactions, first Oxidation when they are grabbed, and then Reduction when they are ejected and moved along a specific path. Photosynthesis therefore is recognized to be a series of "Reduction-Oxidation" reactions AKA "RedOx reactions".

So, Quantum energy is converted to Chemical energy by the pigment cells. When you measure PAR, you are measuring the number of photons that are screaming across time and space to collide with the pigment cells.

So what does this have to do with Kelvin? Lets travel into space and we may see something like the image below. The image is not even close to being to scale. It shows the sun on the left which should be drawn about 200,000 time bigger, and the Earth on the right which should be shown about 100X further to the right. But just ignore all that because what you should concentrate on is the color of the sun. At the center of the sun the thermonuclear explosions occur. A billion billion Hydrogen bombs explode every second at the center and have been doing so for about 4 billion years. The temperature at the core of this inconceivable engine is about 16 million degrees K. But the surface of this gas bubble is over 500,000 miles away, so the temperature is a lot cooler. The surface temperature is only about 6500 degrees K. And that's the color of an object when it is heated to 6500K (assuming it does not evaporate).

So this is why people have become completely hysterical about 6500K. The fact of the matter is though, that photons of every wavelength are being ejected from the surface, but the combination of these photon wavelengths appears to us as the white light we see when we look up in the sky on a sunny day. It means nothing more than that. Our brains paint a picture of a color when we look at the sun. Colors do not actually exist. Color is an invention of the human mind. And so all the parameters invented by humans to describe color are also illusions, because plants do not "see". Their pigment cells are simply excited by inbound photonic energy, and they develop pigments to harness the energy of whatever photon wavelength is available for the express purpose of moving an electron, just so that the electron can ultimately be used to produce sugar - in a chemical reaction that requires electrons. 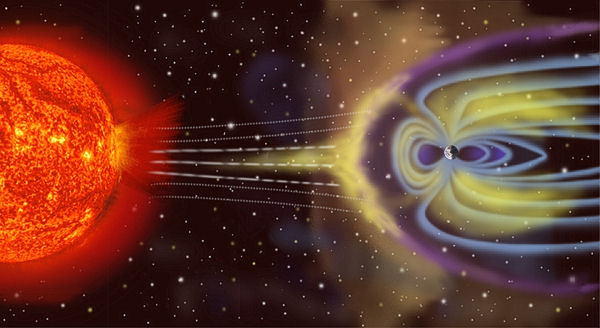 Kelvin ratings of bulbs is an illusion of the highest order. 6500 degrees K is a specific color and therefore any bulb that claims it is 6500K must look exactly like the Sun...and they don't look anything like the Sun. The thing is that it doesn't really matter what they look like because the pigment cell will use their energy regardless. You should only consider Kelvin ratings in the same way as you consider a model number from a vendor, so in the same way that "Ford Fiesta 1.6" gives me a clue about the chassis size and engine power of a car, "3000K Sylvania" tells me that a bulb will be more yellowish and an "Osram 10,000K" bulb will be more bluish. Both bulbs will emit photons in all frequencies to a greater or lesser extent. And all of those photons can be used.

Hope this makes some sort of sense.

This makes things a lot clearer and interesting!

That's great
Im sick in bed and got it

thank you for that Clive...i was aware that plants can be grown under any K, as i have done it myself. It's just other suggest on a very regular basis that 6500k is the holy grail, and it can sometimes be quite difficult to get them around to our way of thinking.

cheers dude!
life is like a pot of HC

Hi,
You should also be wary about Lumens generally. See comments in the thread Please look - good for plants ?