We went for a relatively short but quite strenuous 3 mile walk along our south coast cliffs, the paths are very up and down but full of interesting things to see.
This beautiful red granite house has a lovely road side front garden with some interesting plants that seem to like the south facing shady position.
Much of the spring colour has gone from the cliff tops but still some bright flowers to be seen In places. 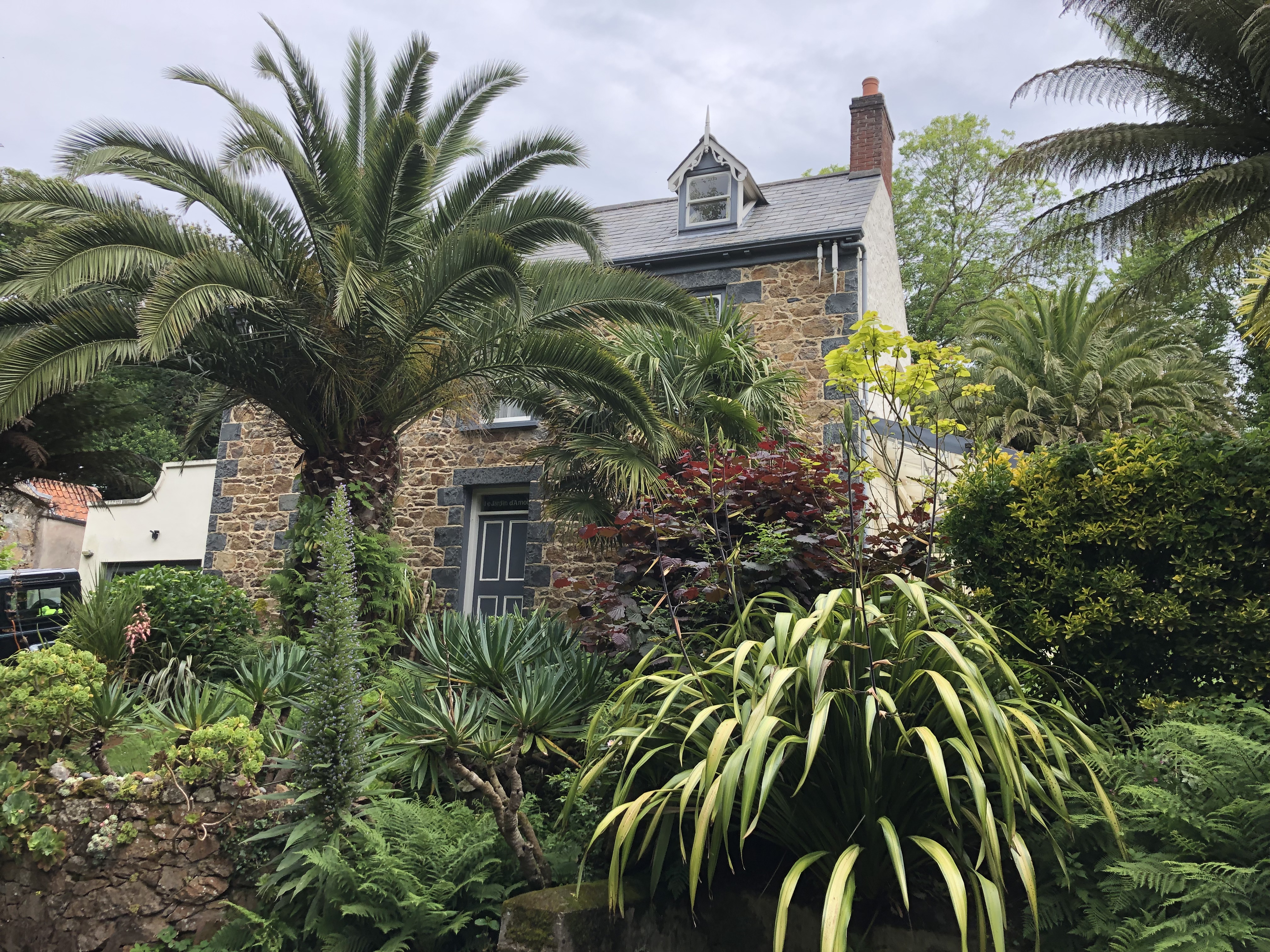 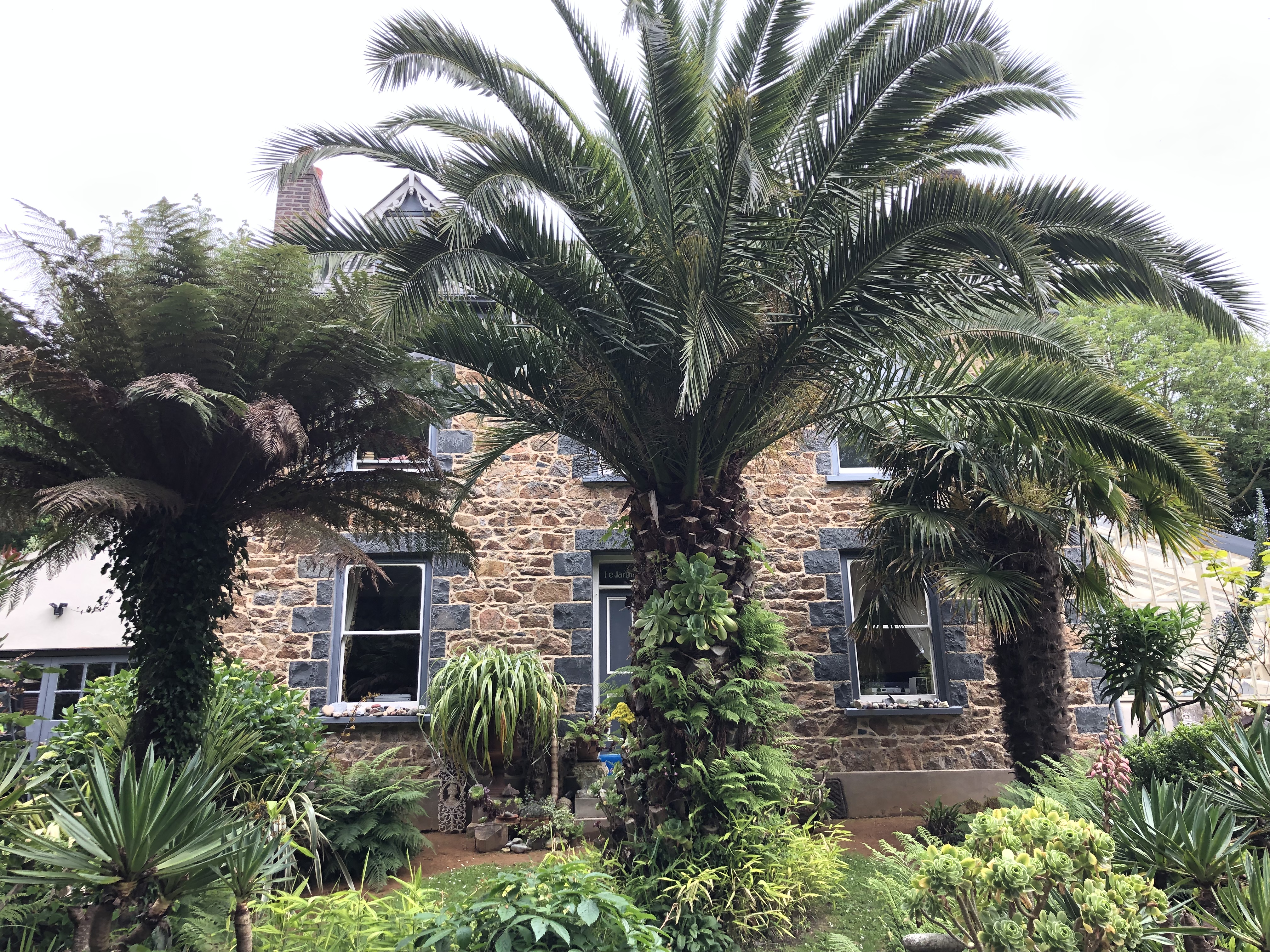 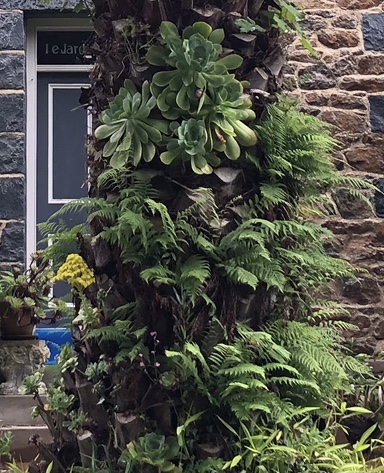 Hears hoping Darrel or Mort can id some of the foliage …. 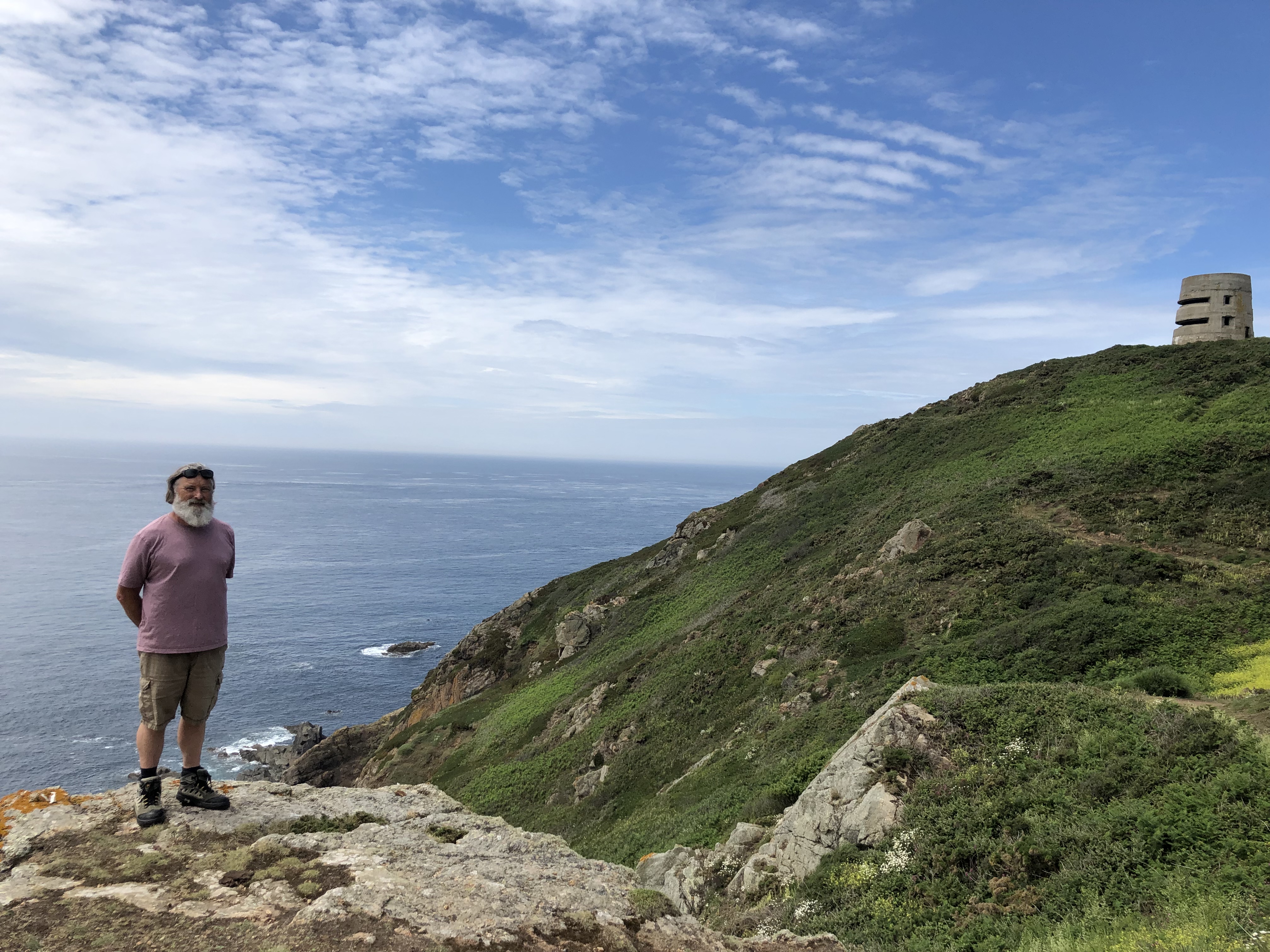 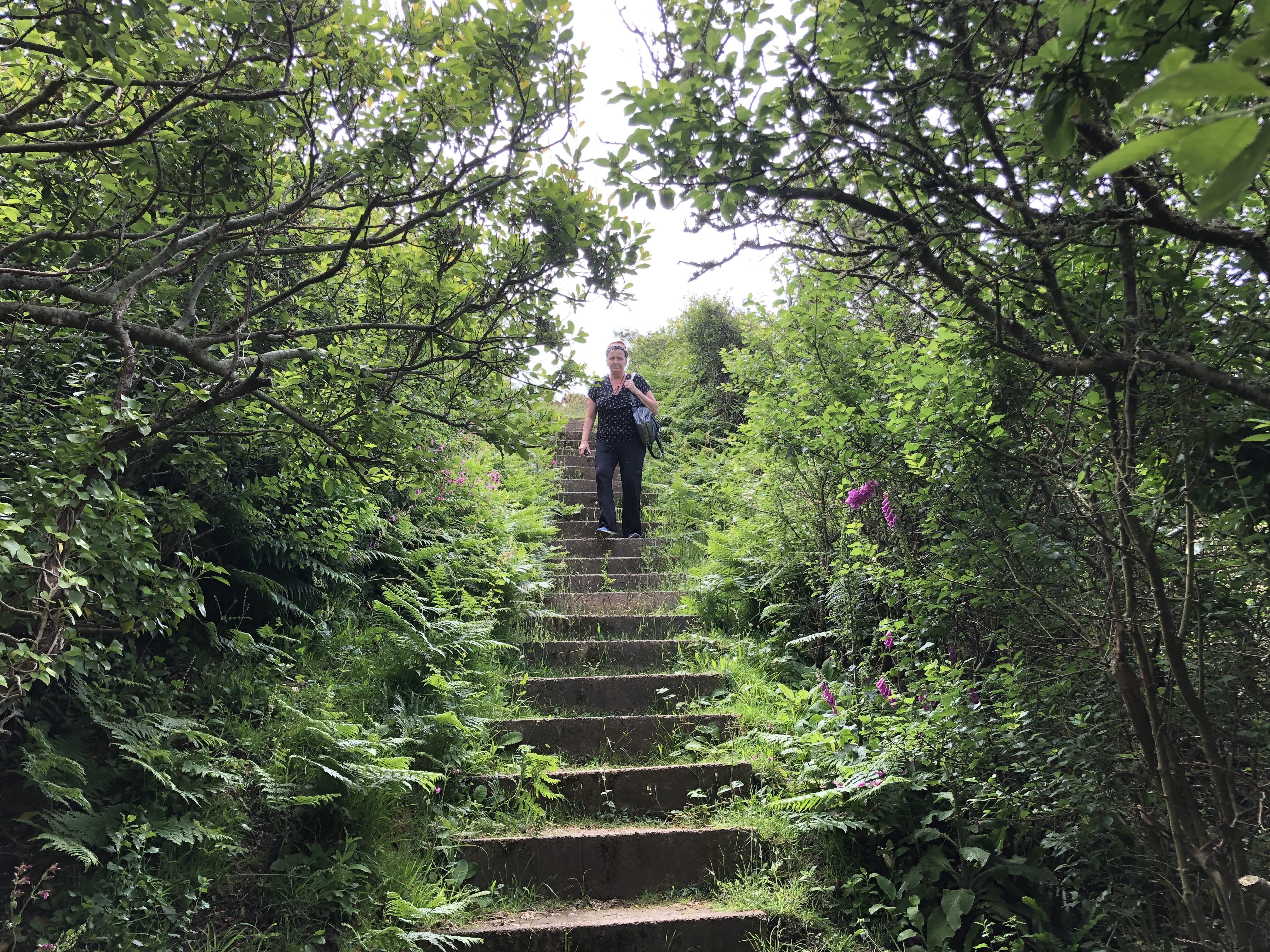 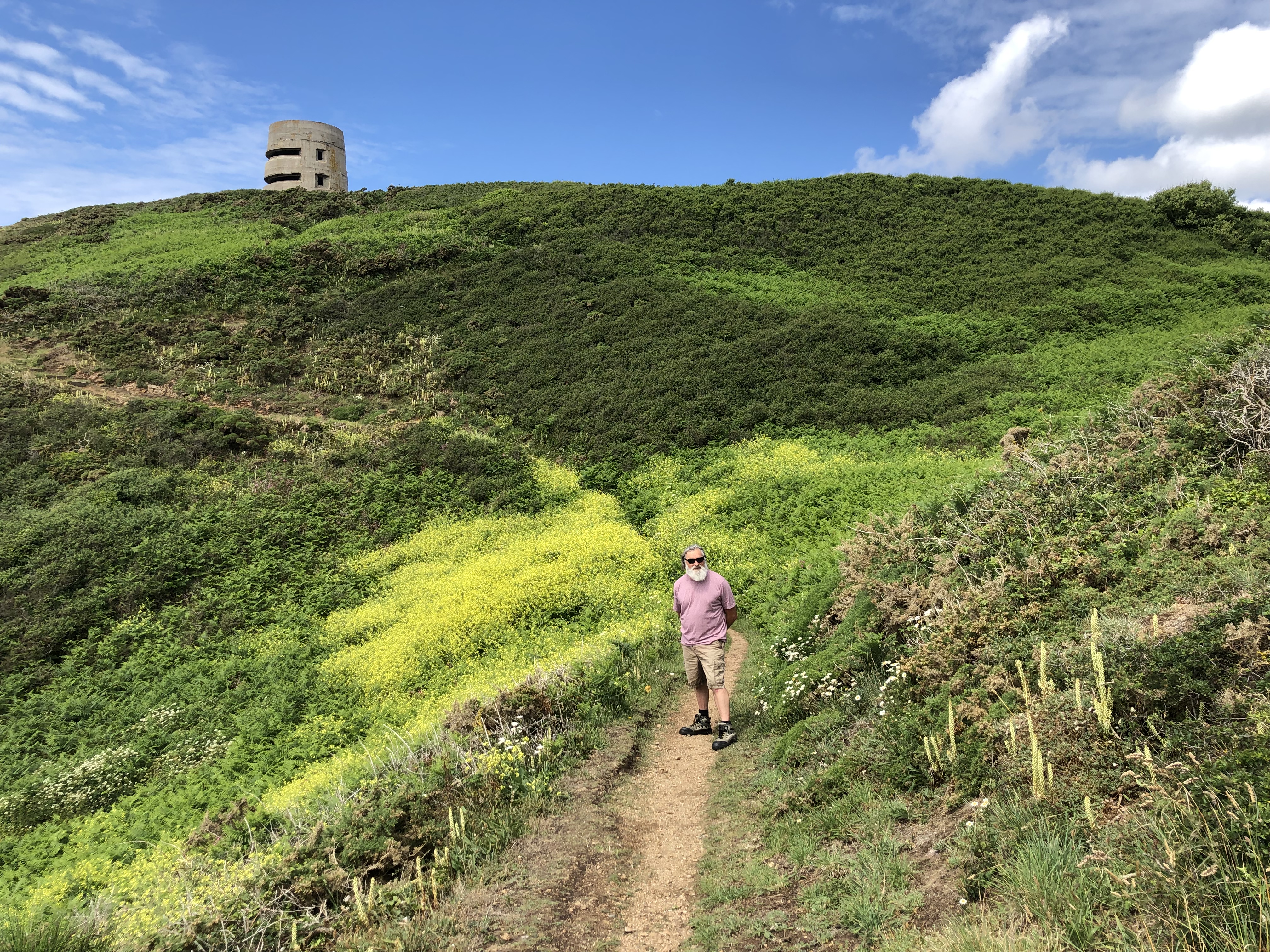 There are quite a few wood ant nest along the paths marked with red flags to make sure thier nest are not strimmed by the guys who keep the paths safe.
I don’t think there are any of this particular species left in the mainland Britain. 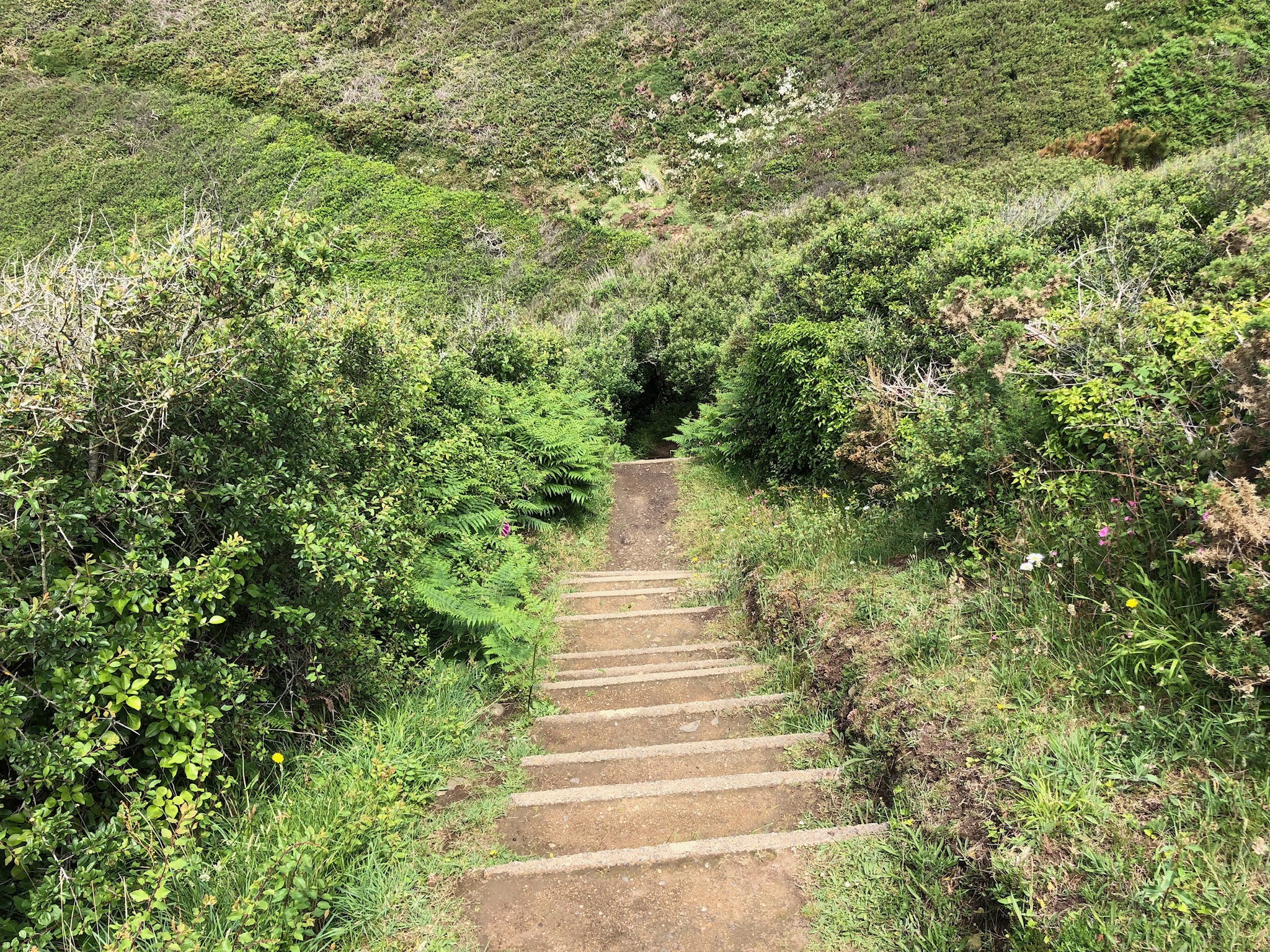 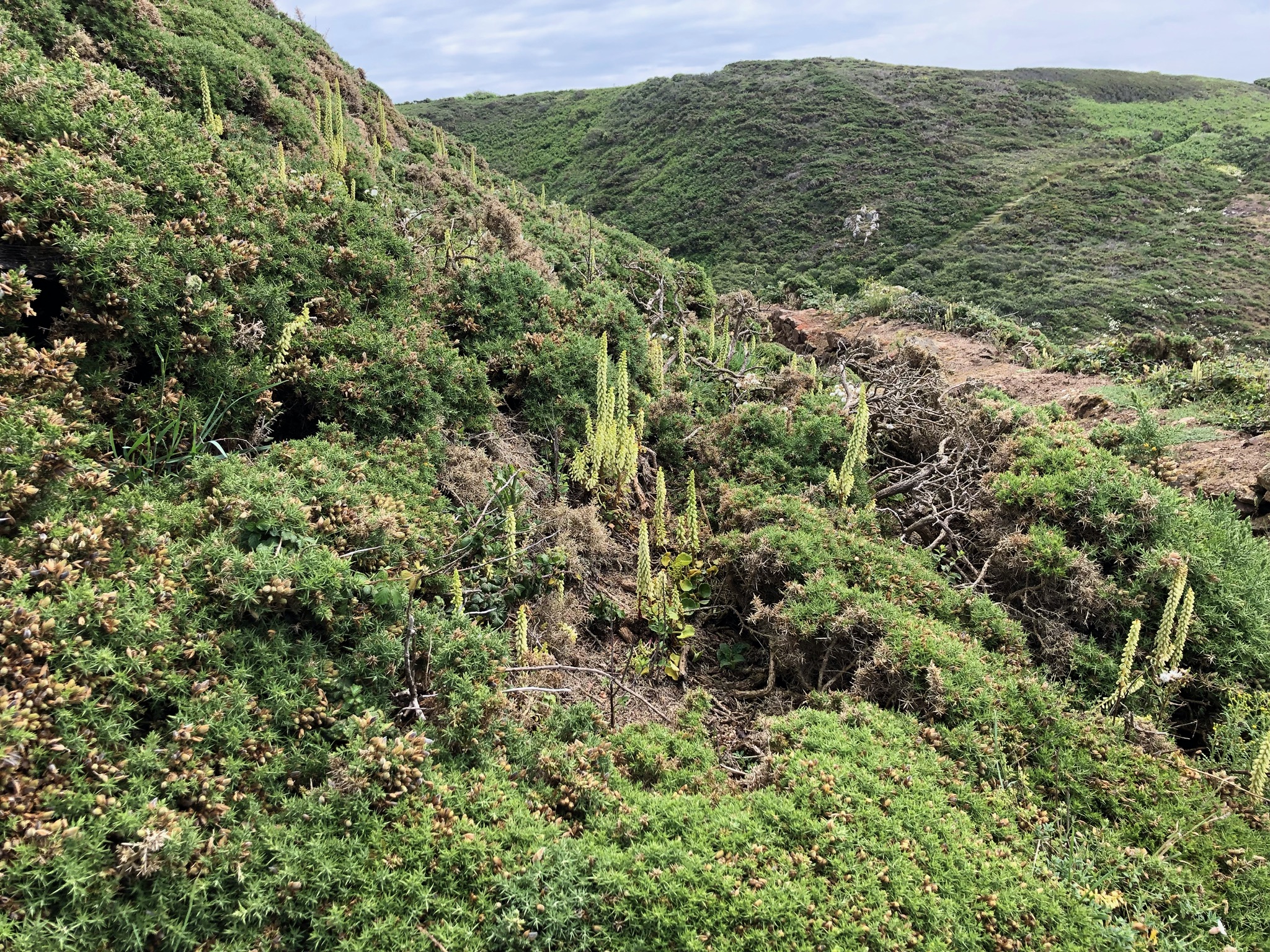 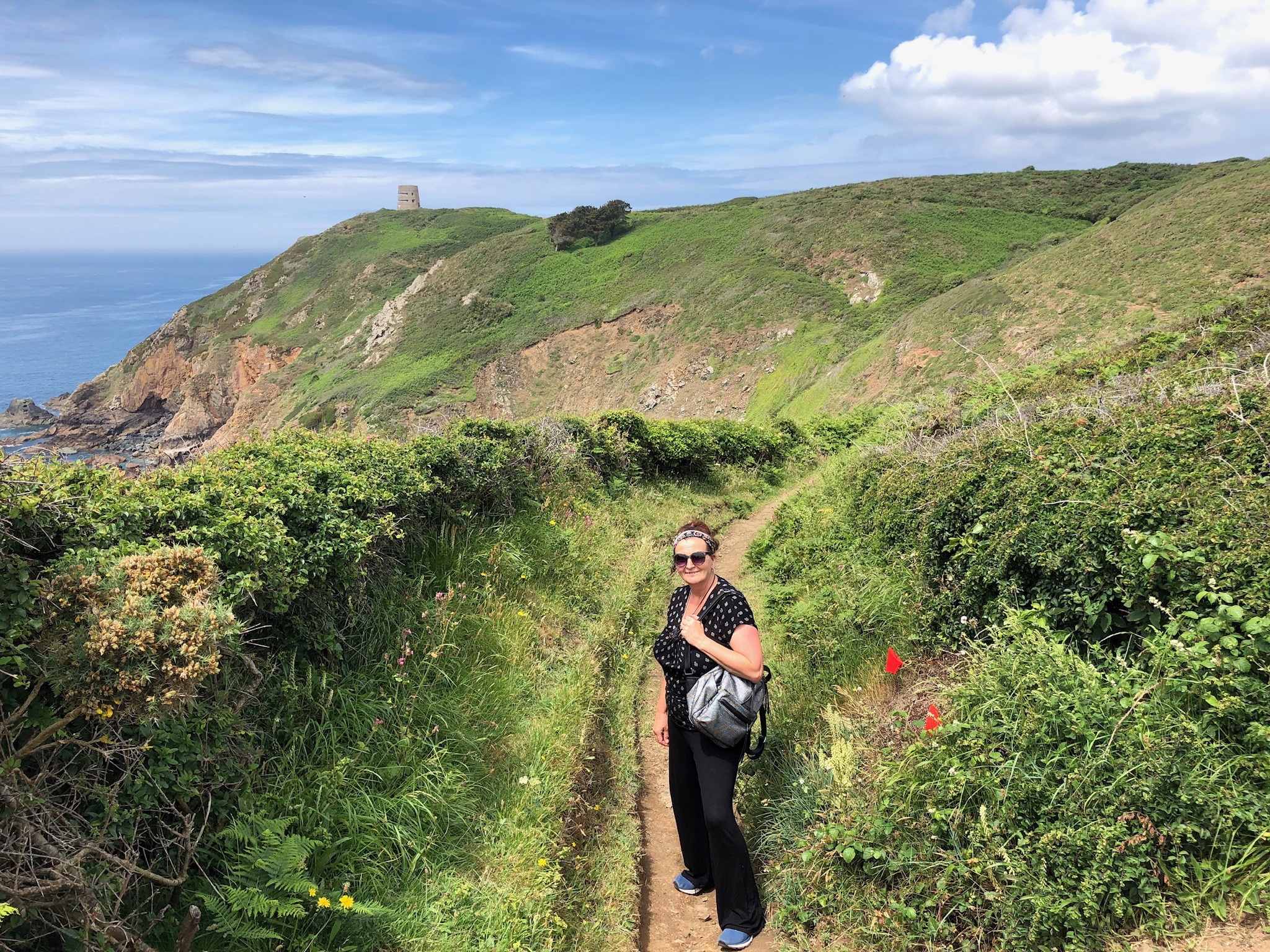 foxfish said:
can id some of the foliage ….
Click to expand...

I'll have a go, some of the garden ones are:
cheers Darrel

Well you are far to good at this game !
This is one I don’t know and it is not the easiest picture but …. .? 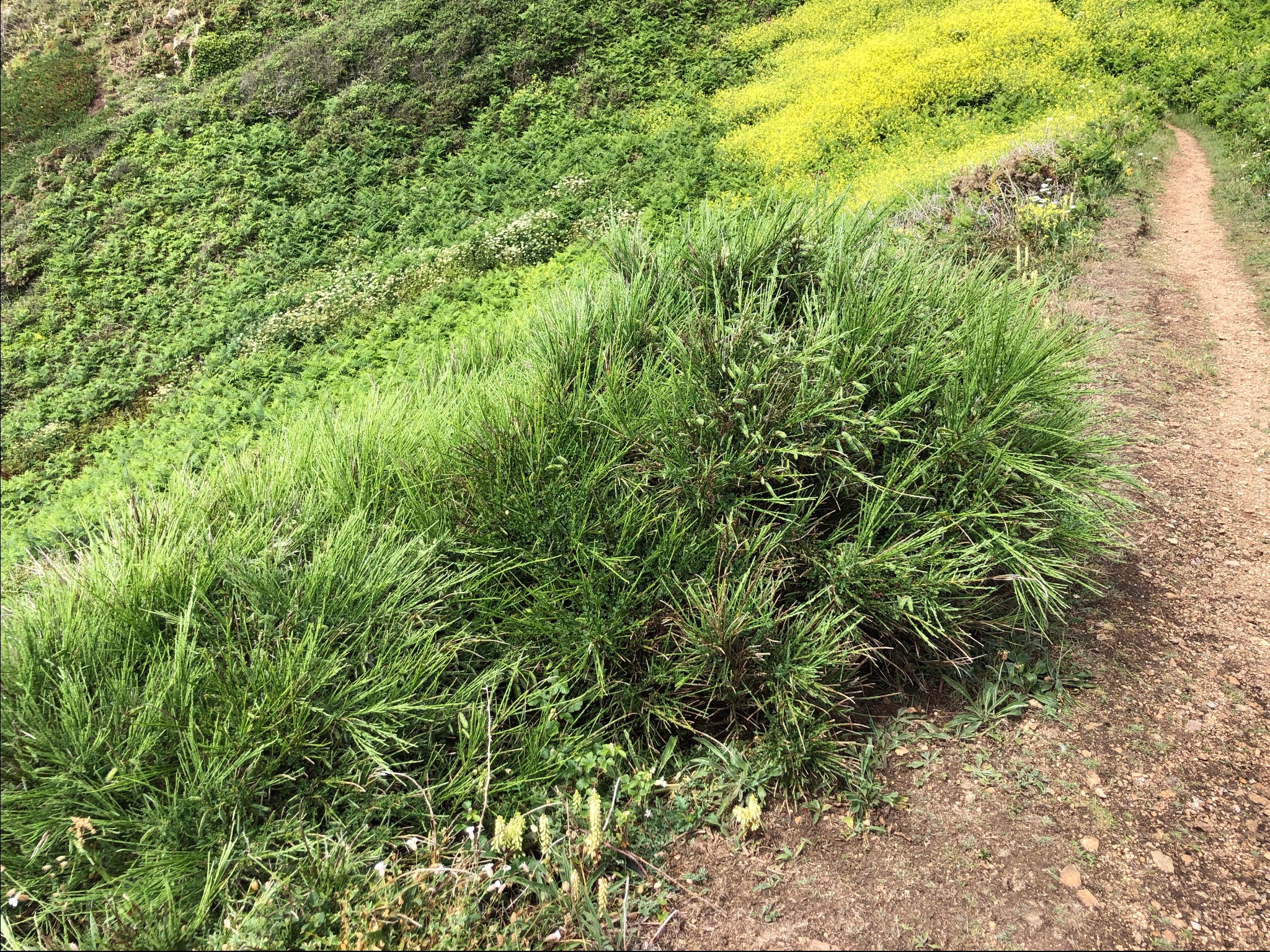 foxfish said:
This is one I don’t know and it is not the easiest picture but
Click to expand...

BSBI backs that up

Can't add any id's for the garden apart from the red hazel because Darrel was so thorough. Do like the aeoniums up the tree though.
I saw it was called the love garden on the door and it led me to this

So we can have a nosey in the back garden as well.

I can't help with the coastal plants either as we don't have anything like them, well we do have gorse, brush and bracken, in less sunny norfolk. The yellow tubular flowers spikes look great.

The martello tower pinpoints where you were (I think) as well. Naval direction-finding tower MP 5 Guernsey looks a really nice area.

The big concrete tower was built by the occupying German forces during the Second World War or perhaps more poignantly it was built by slave labour and supervised by the Germans forces.
Guernsey was the most fortified place on earth during the warr and a lot of the evidence is still here in the form of many, many, bunkers, watch towers, radar towers, huge gun emplacements, machine gun post etc…

Nobody really knows why Hitler decided to dedicate so much effort in fortifying the island, he obviously had a reason and a plan but we will never know!
It has been said if he had dedicated the same time and effort’s on the French coast, the war would of had a different ending….

As it stands now, many years after the war, most bad feelings are long past and we in fact have a strong German tourist industry which in turn has opened up a new interest in the bunkers and guided tours.
Unfortunately many of the most spectacular fortresses have been vandalised over the years but we have a dedicated group of enthusiasts who are permanently restoring and working on them.
The last year has seen huge changes in Guernsey as thousands and thousands of people have relocated to the island to escape the Covid pandemic.
We now have traffic jams everywhere and a huge housing shortage, the few houses left for sale are now ridiculously expensive.
My Log My log! | UK Aquatic Plant Society
My Day job Nice pond! | UK Aquatic Plant Society
High flow DIY reactor - now with video | UK Aquatic Plant Society

foxfish said:
@jamila169 that is Jersey! They are arch enemy number one to our much more beautiful island !
Click to expand... 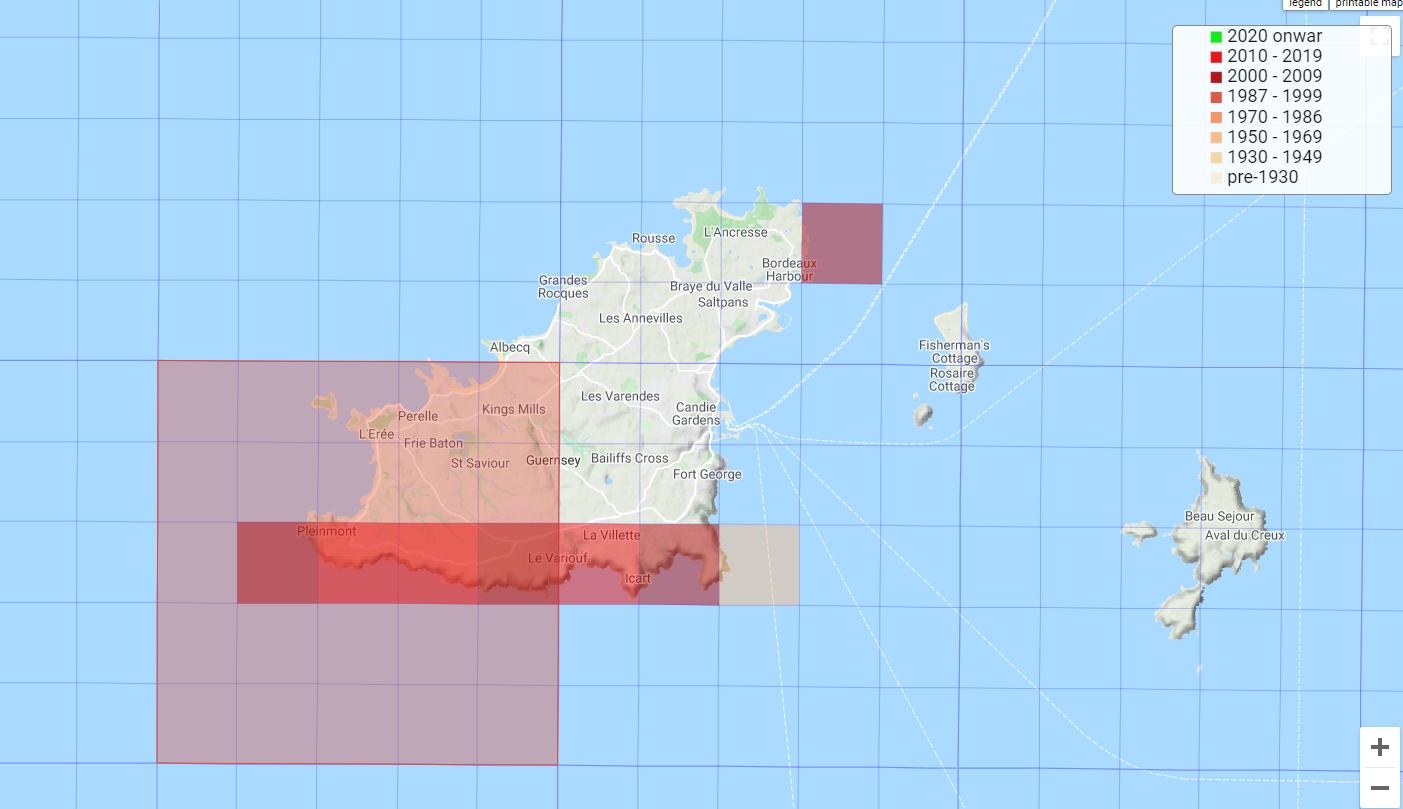