I’m not suggesting this is a scam but will admit to being a little disappointed in the packaging. Several folks have recommended Vitalis Catfish Pellets so I bought a tub online. I knew the amount I was buying by the sellers description, 60g. I only wanted a small tub to try and many of the products I’ve bought online have been of similar size.
Here’s a picture of what I mean about the packaging, Vitalis next to King British. 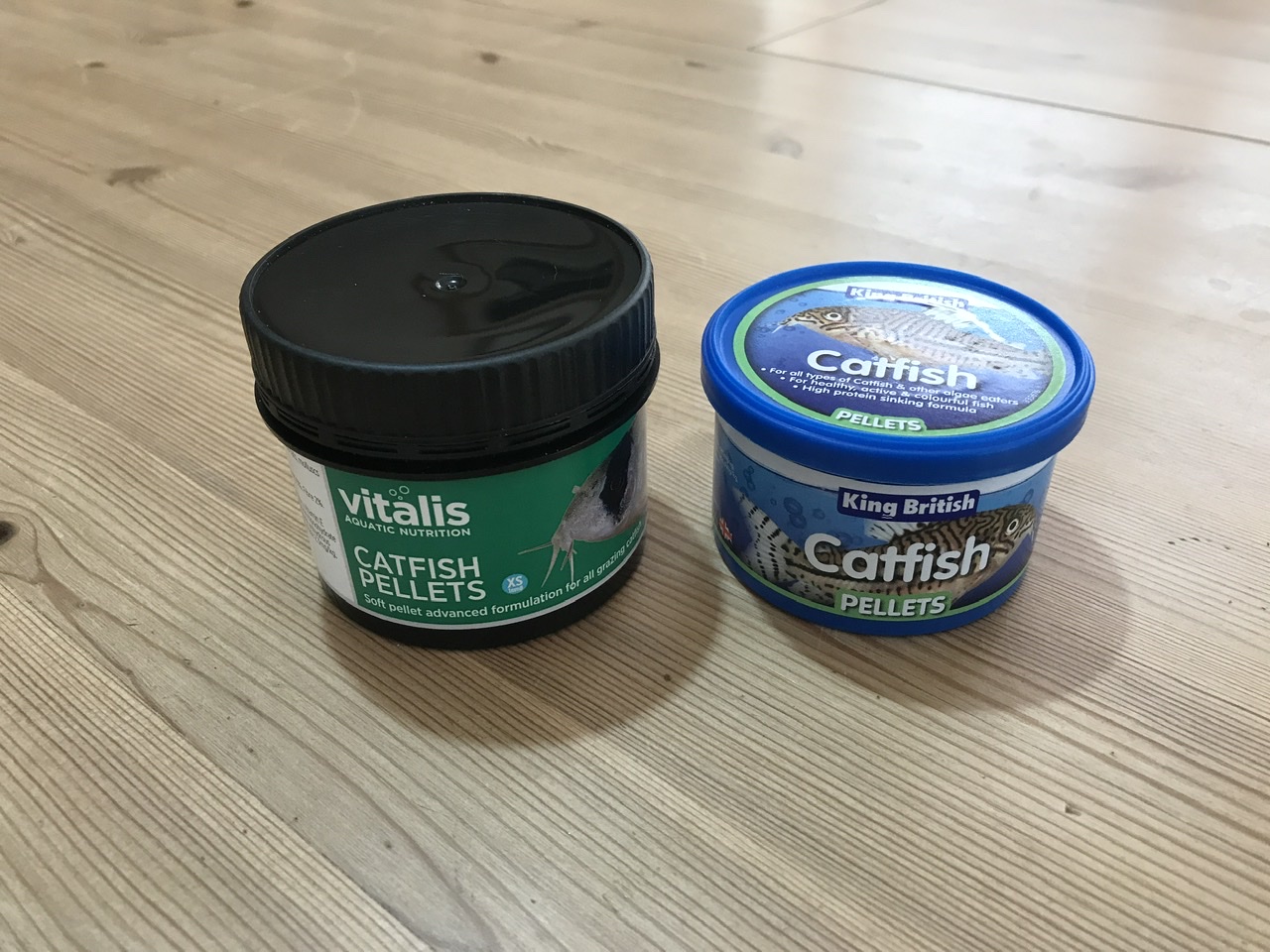 The king British is actually 65g and marked on the tub. The Vitalis gives no indication but is described as 60g online. Big difference in size until you turn them over. 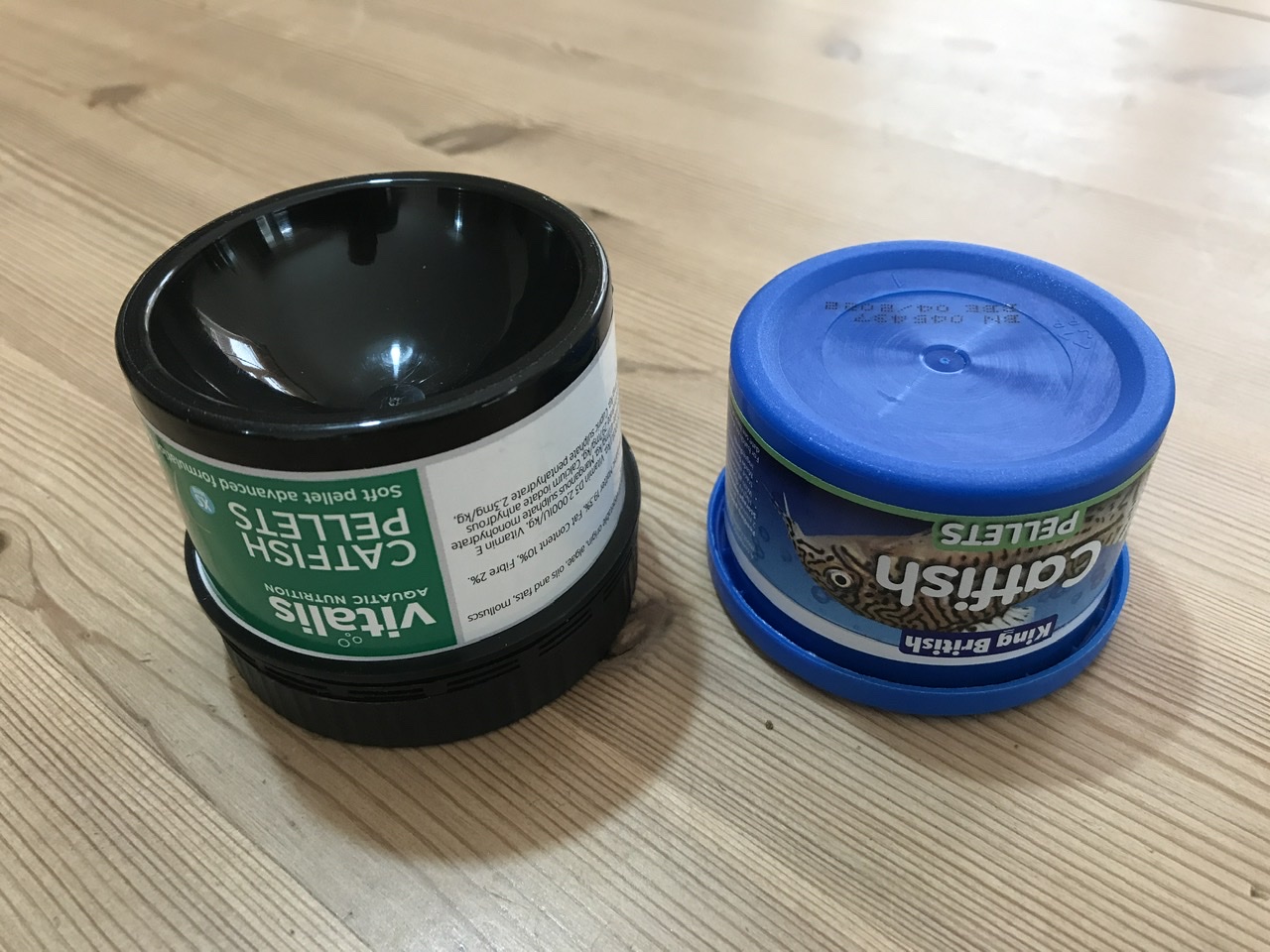 There is a huge hollow 20mm deep on the underside of the Vitalis. If you were buying in the shop you might assume you were getting more for your money than a competing brand. I’m just a bit peeved it’s taking up more room in the “fishkeeping drawer” than it needs to. I don’t think I’ll be buying Vitalis stuff again unless the fish really go for it more than say the Bug Bites or indeed the King British pellets.

You get what your paying for but yes its a visual scam. They all do it though most are only half full when opened anyway. Its a shame manufacturers dont get on board with a more enviromently friendly approach to packaging.

I bought jbl pallet fish food recently and it was filled to the top..

Vitalised used to be new era and it was distributed through red sea here in the uk. Now this was before the name change so it could be different now but the rep told me they used to buy the packaging, pots and labels, in such large volumes (10's of thousands at a time) that any changes that needed to be made took a very long time and that it was far cheaper to use the same pot for numerous sizes than to order smaller volumes of different sized pots. So that was their justification at the time, economics rather than disception.


Tbh I never used their products because all the free samples weren't vigorously ate unless by known ravouness species when most of the time their competitors were. I don't doubt the quality of their foods and most people like them but there are many more palatable foods out there.
S

They do the same with Crisps!

si walker said:
They do the same with Crisps!
Click to expand...

What about product shrinkage as well?
I swear Curly Wurlies are much smaller now than when I was a kid

Tim Harrison said:
What about product shrinkage as well?
I swear Curly Wurlies are much smaller now than when I was a kid

I heard an interview about the programme life on Mars.They couldn’t get an old curlywurly but had an empty wrapper.

It took 3 new curly wurlies to fill the packet

Tim Harrison said:
What about product shrinkage as well?
I swear Curly Wurlies are much smaller now than when I was a kid

Isn’t that the special theory of relativity?

Tim Harrison said:
I swear Curly Wurlies are much smaller now than when I was a kid
Click to expand...

hypnogogia said:
Isn’t that the special theory of relativity?
Click to expand...

.......and what about Wagon-wheels? and how are they ever going to sell another one now that there aren't any spectators in football grounds?

I wouldn't say I'm a masochist, but paying to watch Bristol Rovers play at Twerton Park in the late 1980s, (Wagon-wheel in one hand, Bovril in the other) must come close.