I’ve had these two fish for 5 weeks. I observed a small white cyst like lump on one, which turned out to be two. 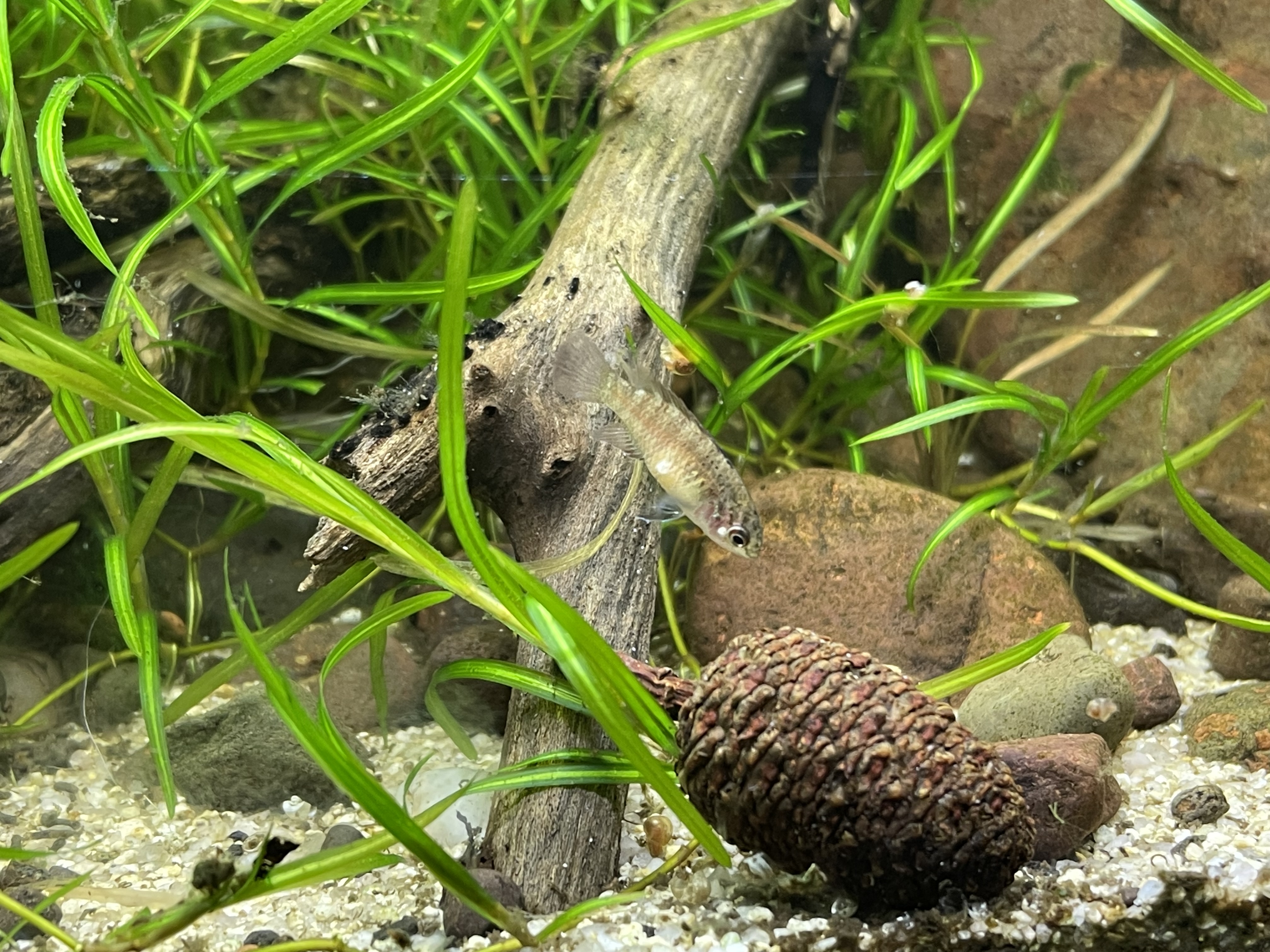 They’ve been (luckily) in quarantine for the whole time. I’ve run full courses of Melafix, ESHA 2000 and Myxazin.

But the white lumps are still there 🤷‍♂️ At this point, I’m strongly leaning towards cysts, but if you have an idea I’d be interested to hear it.

Both have passed, first one with symptoms two weeks ago. The other was lost today. I’ve tried to keep them going, but when I can see lots of ~1mm bugs in the tank, and them not chasing live food I knew the end was near.

Will boil the sand, and stones. Everything else in the bin.

So, time to update this. The second didn’t die, but it was just ‘floating’ on the floor.

This is almost a month ago. I went to check over the tank and the fish is still alive and swimming. (I don’t live with this aquarium).

The problem is, it now has a white lump, (3 of them) a bit like an ulcer. And it’s spine has warped. One of the white spots is an obvious open wound. Did I mention the spine has warped?


I guess this question is more, how do I nuke this tank? I guess some marigolds are needed.

I might send fish of for diagnosis, Edinburgh uni does this.

Hmm, based on everything you've described, I'm scratching my head here. Cysts can have numerous causes, but amongst them can be parasitic infections. For example, the white spots in ich aren't the parasites, but are the fishes immune system walling them off, giving a white-cyst appearance. This can also happen in some cases of body flukes, or in body slime disease. However, white patches can also be bacterial infections eating their way inwards (i.e Columnaris). You described bent spines, this can happen in mycobacterium infections (fish TB), but it can also happen as a result of certain parasitic infections such as hexamita. Ulcers as well can be signs of mycobacterium infections, but also other bacteria and parasites (such as flukes). Loss of appetite is a vague symptom but often happens when a fish is really not well, it can be a key symptom of mycobacterium infections (it's called wasting disease), but it can also happen from parasitic internal infections such as Hexamita. It can also simply happen from stress, but I think we all know what voracious eaters fish are.

I guess from my perspective, your fish are having symptoms associated with multiple different causes, so I'm not really sure which it is. I personally would take a multi-pronged approach and treat with an antibiotic and antiparasitic. I find the combination of Seachem's Kanaplex and Metroplex (kanamycin and metronidazole, respectively), is often quite effective in treating unknown diseases. Metronidazole (when dosed in the food) works on a multitude of internal parasites, amongst them Hexamita and Capillaria, and Kanamycin is a potent antibiotic that treats both gram positive and gram negative infections.

The medications you've used unfortunately would only be able to help the mildest of illnesses (such as finrot). In the UK, due to antibiotic restrictions, we're generally very limited on what we can buy over the counter. Because of this, you'll find basically every "antibiotic" for fish is actually more of an antiseptic, or it only targets gram-positive bacteria, and a lot of the pathogenic bacteria we encounter are gram-negative. It's like us applying TCP to an infected bite - it might kill the bacteria on the outside, but it won't do anything to the bacteria deep within the tissue.

Hope some of this helps.
Regards, Ed
K

I’d be the first to say that I’m slightly paranoid, but if you are willing to spend the pennies, the test may be worthwhile.

I say this only because the primary symptoms I observed in my fish were ulcers and loss of appetite and it was a fish that also had a bent spine that went off to the lab, where TB was confirmed.

With this being a quarantine tank, at least the chance of cross contamination is low but even using the same tools or same wet hands can transfer the disease if it turns out to be TB. Your nuking would also need to be super thorough, with, like you say, most everything in the bin, and boil and/or bleach anything you hope to keep. 🙁