Do aquarium plants know it is spring?

I would have thought it coincidence but I have had Anubias, buce and even my red root floaters all flower and in different tanks.

Given the tanks are reasonably closed systems I guess the plants can't tell it's spring can they? 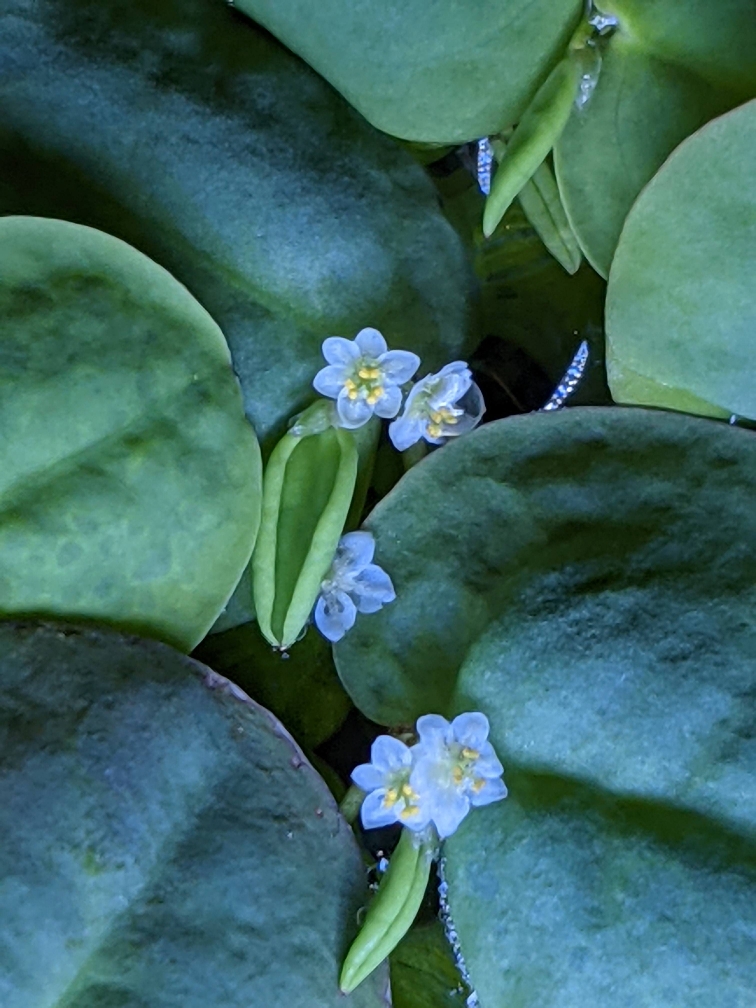 I've never really thought about seasonality with the flowering of these plants and don't know what they would naturally do. Buce and anubias would need lower water levels but not considered it passed that.
In our tanks if everything is stable then they could flower any time as lots of us see with anubias and buce but if you get extra naturally light, or a slightly elevated temperature from warmer days then it might play a part. I do find that my buce tend to flower at a similar time (but also more randomly throughout the year), suggesting seasonality but I do have fluctuating temperatures throughout the year and lots of natural sunlight (and they aren't currently flowering but did about 2 months ago).

It depends on the species and the part of the world it originates from. Annual plants are seasonal and usually start to flower before the fall when days become shorter. Then the parent dies back in the winter throwing the seeds off for the next generation. Perineal plants can flower all year long if the climate allows them to.

If you place certain tropical plants in the northern hemisphere it might need a certain amount of light hours and or intensity or temperature and also fertilization might play a key role if they ever will flower or not.

Thus there is quite some variation in plants life cycles and requirements if and when they will flower. Some do very early in the year others much later. I guess the later ones go by temperature or light hours. I guess to find out about certain plant species you need to research botanical databases describing their life cycle in their original habitat. If this is seasonal you could find out what the trigger is to make them flower mimicking these conditions.

I once had a waterlily flowering in my aquarium in November, This tank stood next to an east-facing window. Remarkably the flower reacted more to the outdoor light cycle than it did to the artificial light above it. A day flowering lily closes its flowers at dusk. And my lily did start closing its flower according to the outdoor natural light cycle about 5 pm while the artificial light above was still at a full 100% for hours longer.

Then there is something like circadian rhythm that also affects plant life. It is observed but still not fully understood and a little mystery how this actually works in the universe. There is much more into plants than meets the eye and we don't know it all. Maybe more to say very little.
Cheers,
Marcel..
Tanks for watching.

I know a part of the canal l pass by a lot right now it is void of plants by June July its absolutely choc a bloc with Elodea, Water Mint all other varieties and by this time the perenial waterside plants cover the banks So l suspect some kind of" barometer" within the plant bit like a bulb?quite interesting in june july as thousands of fry probably Roach l imagine are taking cover there. Good timing with nature as always

PARAGUAY said:
I know a part of the canal l pass by a lot right now it is void of plants by June July its absolutely choc a bloc with Elodea, Water Mint all other varieties and by this time the perenial waterside plants cover the banks So l suspect some kind of" barometer" within the plant bit like a bulb?quite interesting in june july as thousands of fry probably Roach l imagine are taking cover there. Good timing with nature as always
Click to expand...

I was thinking more of plants in an aquarium where their light, temperature etc. Is reasonably fixed. I know my main tank does get a bit of sunlight but the floaters are in a hood which will block sunlight from them.

jameson_uk said:
Just seems a bit odd that everything has decided to flower at once
Click to expand...

It is if you try to explain why... I guess it stays a mystery forever as long as it can't be intentionally reproduced.
I did grow some Bucephalandra sp. for about 5 years and only one plant flowered for me once and never again.
Also growing a load of Anubias for over 6 years now I regularly see people showing flowering Anubias, mine never did.

I had a waterlily in the garden for years and it always did suffer a bit never grew to full potential and never flowered. Then I gave this plant to a family member he did put it in a tub in his garden. The first summer after that I get a picture of it flowering?... And he did nothing special to it... I have no clue what I did wrong and what he did right. Maybe he has different water from the tap I have no idea.

There are some studies going on about plants communicating, there is some evidence that they seem to be able to. But it's still a mystery how it works... They seem to do it in symbiosis with a subterranean network of certain fungus strains and bacteria. And maybe also with feromones over the atmosphere. It might be the biological phenomenon we know as positive Allelopathy. Meaning that a flowering plant spreads allelochemicals that induce other plants in its reach to do the same thing.

Let us hope science will find a conclusive answer in our lifetime. That would be awesome... We are already halfway with acknowledging it exists, the next step is how and with what!?
Cheers,
Marcel..
Tanks for watching.