Does my FE need changing?

Hi all,
I’ve noticed yesterday my tank didn’t have the usual lemonade look when the co2 is on and the drop checker had a blue tint to it.
I checked the gauge and it’s like this, I know it’s in the red but does that mean it’s nearly empty? Looks like my working pressure has dropped too, would that happen when the co2 gets low?
I’ve got another FE in the shed so should I swap them over?
Cheers, James 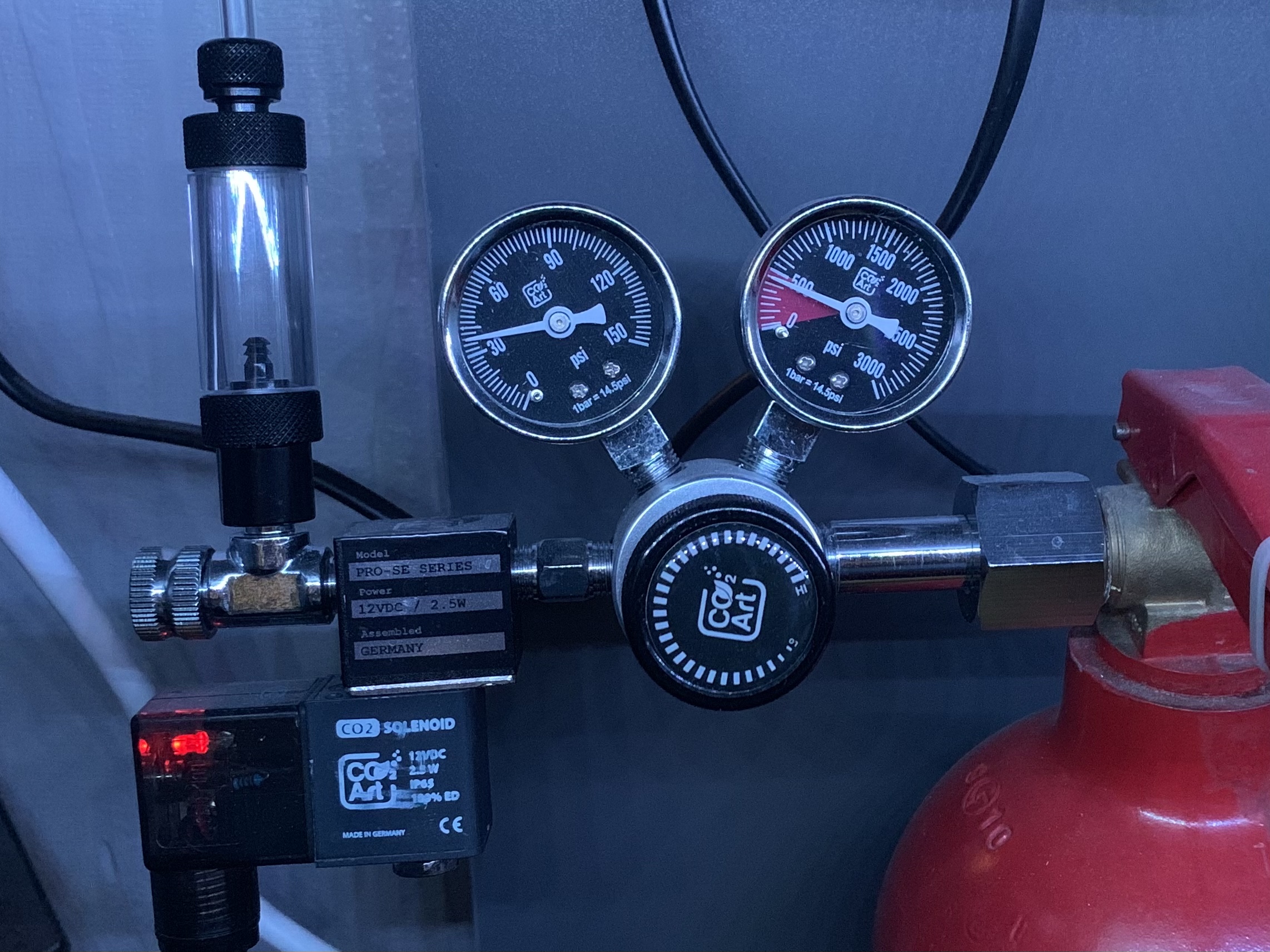 It's not completely empty, so you should still be seeing bubbles in the tank. I change mine when they hit 0psi.

There's no harm in changing it over if you have another full bottle.
ADA60P - Edge of the forest

lazybones51 said:
It's not completely empty, so you should still be seeing bubbles in the tank. I change mine when they hit 0psi.

There's no harm in changing it over if you have another full bottle.
Click to expand...

I am still seeing bubbles but no where near what it’s usually like that’s why I checked.
Will it cause issues in the tank as it’s changed the amount going in? Doesn’t fluctuating co2 cause algae?
I’d rather let it completely empty to get my monies worth!
Cheers

If you've noticed a reduction in bubbles, change the FE for a full one. As you say it'll potentially cause you algae issues.
ADA60P - Edge of the forest

lazybones51 said:
If you've noticed a reduction in bubbles, change the FE for a full one. As you say it'll potentially cause you algae issues.
Click to expand...

Ok will do, cheers

Exact same thing happens to mine mate when goes into the red the bps change a lot and means it will run out in day or 2 so probably worth changing, i need to do mine tomorro aswel.

Cylinder pressure is normally around 6 MPa, which is between 800 to 900 psi. So at 500 psi your cylinder is actually nearly empty.

The very high pressure means that normally there’s a substantial amount of liquid CO₂ in the cylinder, with a volume of gaseous CO₂ as well. As you gradually release gaseous CO₂ more gas leaves the body of liquid to replenish the gas, hence the gas pressure remains the same for a long time. When the liquid CO₂ has run out, then there’s nothing to replenish the gas pressure so it starts falling. By this stage there’s very little CO₂ left in the cylinder because the density of liquid CO₂ is much greater than gas, therefore even a small amount of liquid corresponds to a very large amount of CO₂.

I’ve only recently switched to using a fire extinguisher, having previously used SodaStream, but I keep a spare SodaStream cylinder which I can switch to as soon as I notice a reduction in cylinder pressure. I will then be able to get the extinguisher refilled at my leisure and then switch back again.

By the way: Do not try to run the cylinder completely empty!

If you have a single-stage regulator, they sometimes tend to “dump” the CO₂ in a big surge when your cylinder gets very close to being empty. You are already very close to that, so I’d urge you to replace it immediately. The risk is that you kill all your livestock, so I’d be tempted to switch your CO₂ off completely and turn your lights right down low until you can get the cylinder refilled.
Last edited: 27 Oct 2020
__
David
You must log in or register to reply here.
Similar threads