I can't believe I missed this, I actually really like it! Nice one.
Thomas McMillan | Lianko


rawr said:
I can't believe I missed this, I actually really like it! Nice one.
Click to expand...

Cheers mate! I'm all chuffed! Its really nice to get such good comments. Thank you. Now all I need is a proper camera...

Well, time for an update. This tank has been up and running for about 6 weeks now. Growth has been generally quite good, and most noticeable from the E Acicularis & Staurogyne. Hence now is the time for a trim and the update.

I've missed a few water changes along the way and things have suffered for it. I gave the tank a good clean yesterday, get rid of the brown-ish algae on the glass, and there's still some green dust algae on the rocks. On the whole I'm quite pleased with the results.

About 4 weeks ago it became clear that the crypt parva was too small to go behind the staurogyne, so its been moved out to the front of the mound rocks. 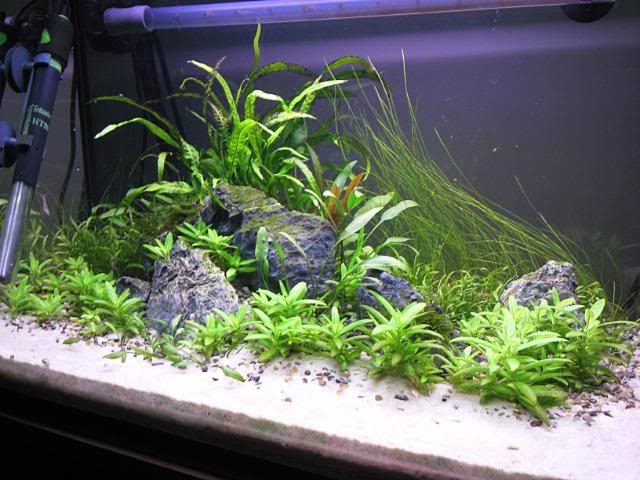 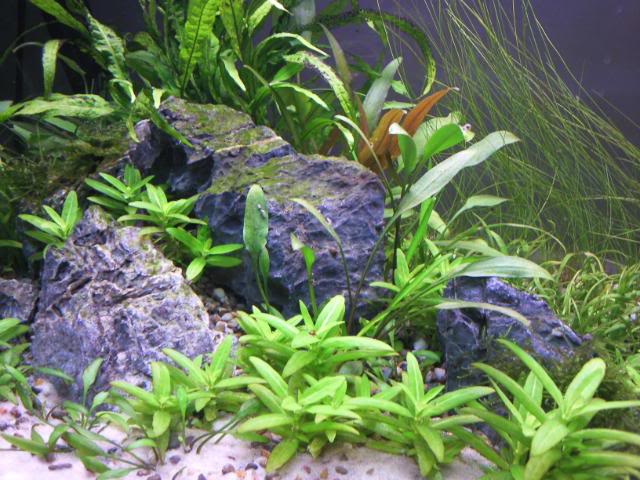 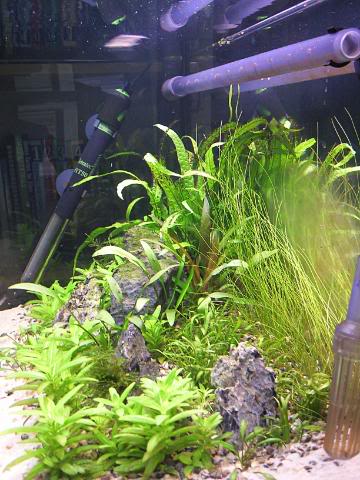 With the clean up and trim heres how it looks now. The E Acicularis on the rear left has struggled, I assume due to lack of flow so I took the drill out and made 2 new holes at the left of the spraybar. Hopefully this will help. 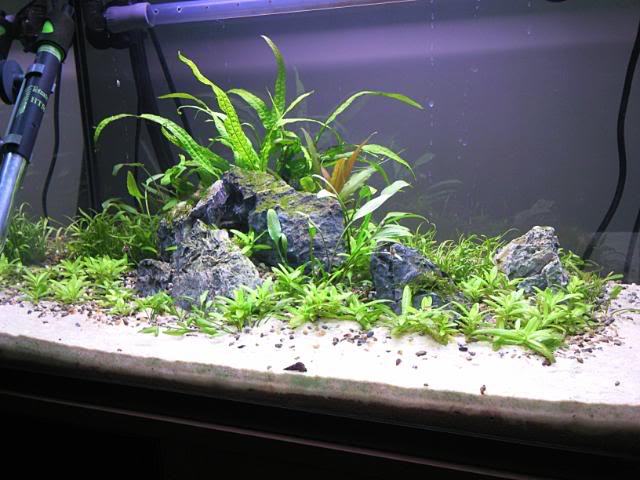 I'm at the end of my bottle of AE Aqua Carbon, and I've bought a bottle of Easy Carbo from Fluidsensoronline. Great service as ever, but was wondering what other people would dose for this size of tank? Instructions say max 2ml per 50l per day for a heavily planted tank. So thats about 2.5ml per day for me, unless others say I can go higher?

Many thanks
Dave
You must log in or register to reply here.
Similar threads