I spotted this shrimp in my tank. At first I thought she was berried, but on closer inspection she is a lot more frondy than my other berried shrimp. I think it's Ellobiopsidae, but I'd love a second opinion. She's isolated at the moment. The usual apologies for grainy photos. 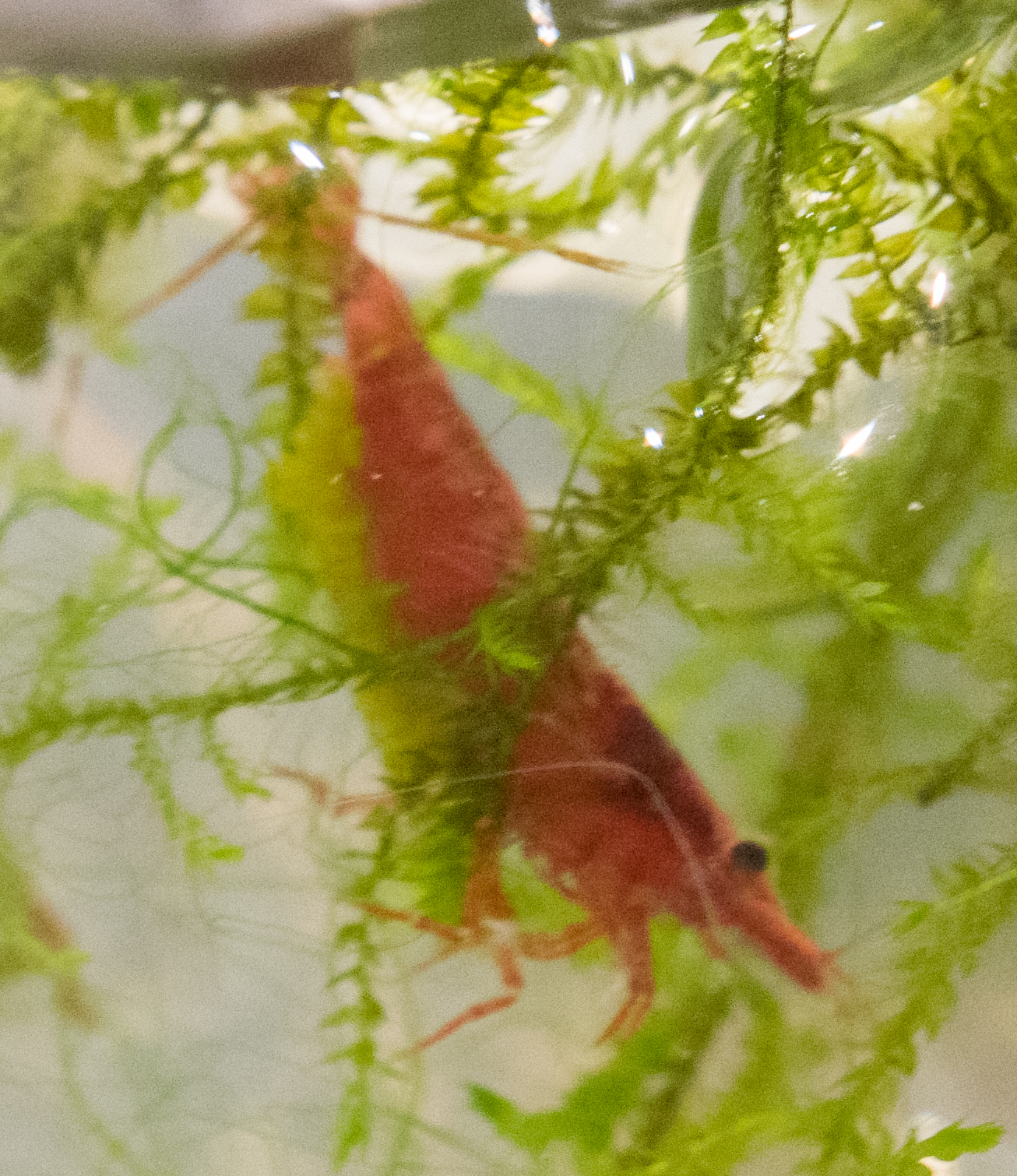 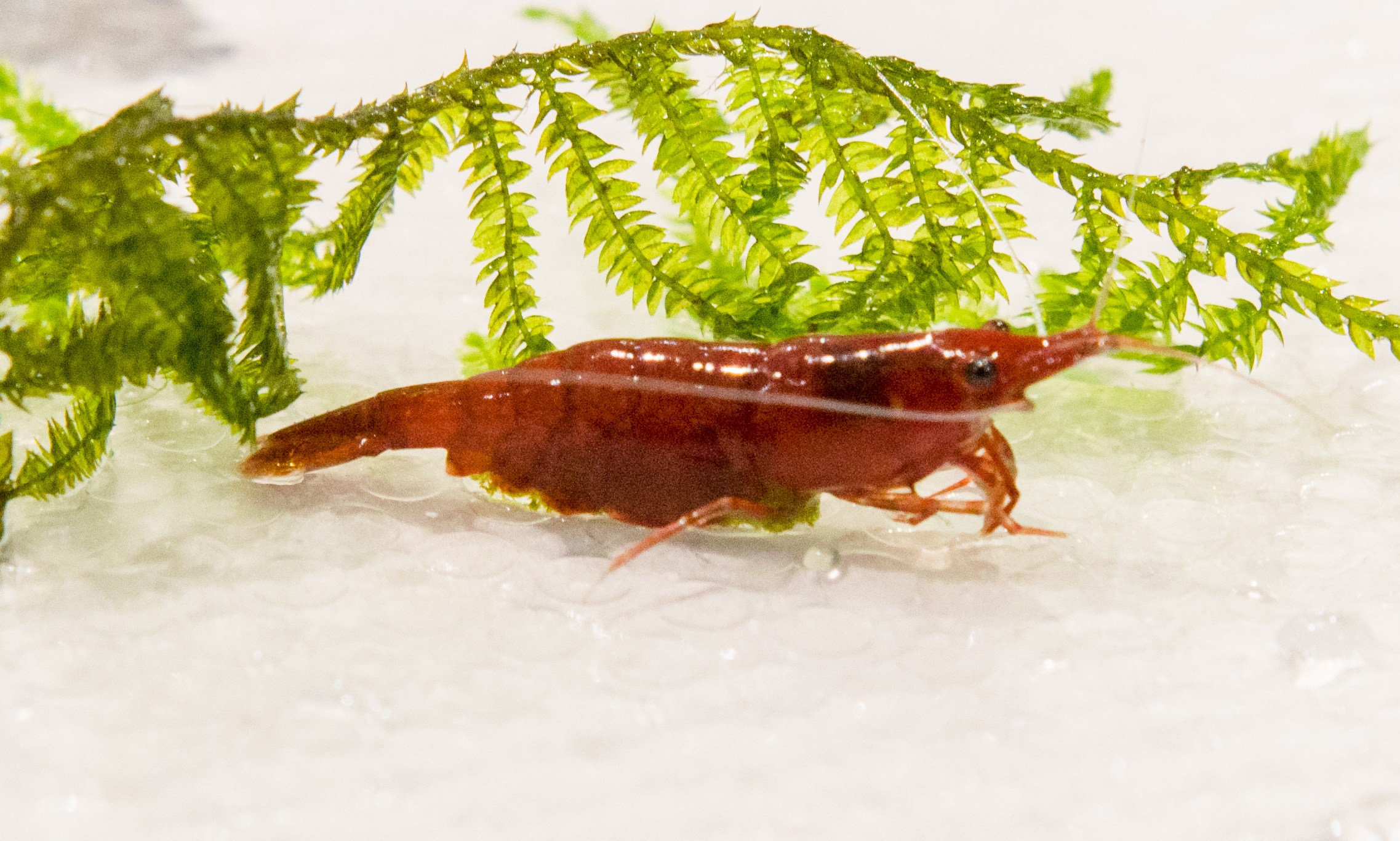 Karmicnull said:
I think it's Ellobiopsidae, but I'd love a second opinion. She's isolated at the moment.
Click to expand...

Thanks @dw1305 and @sparkyweasel - really helpful. Based on this and further searching my current set of working assumptions are:
This morning I dosed her quarantine tank with NTLabs Anti-White Spot & Fungus (a Formalin+Malachite green product) double strength (0.1ML per litre) compared to the instructions. Based on Sparkyweasel's link I now have some snowflake food dosed (2ml per gram) and drying which I will add in the morning. That's a massively bigger dose so I think I'll do daily WCs at the same time.

For the main tank I'm planning on following the suggested dosing regime in the hope that it will kill off any spores and suffice to cure less well-established infections.
When I spotted the infected shrimp I transferred 6 shrimp to my 12L Marina plant tank on the off chance that they weren't infected and might act as a fallback colony. In the interest of science I'm tempted to buy some hydrogen peroxide and dose them with that as a preventative. I'll also drop a few almond leaves in. It won't be a straight a/b test as that tank is not heated, and the Cladogonium ogishimae article indicates that high temperatures favour the parasite. Nevertheless, it will be a further data point.

As a final piece of info, I got my CRS from three different sources in weeks 4,6 and 7 (week 0 day 1 was when the water and plants went in), and spotted the infection in week 14.

Update: I've been dosing the water with NTLabs Anti-White Spot & Fungus (10ML per 200L, so in my case 0.1 ML for my 2L shrimp quarantine) daily and doing 75% WCs. I've also dosed snowflake food with the NTLabs solution, then left it to dry overnight and added that as the shrimp's food source. So far no change either better or worse, but early days. I've also dosed the main tank with the NTLabs solution. H202 arrived today, so I'll do the Marina with that tomorrow.

Update: The shrimp is looking better. I've continued with the daily dosing - giving her one day off a week. The fronds of fungus appear to be thinning out. Fingers crossed. No sign of any other infection in the other two tanks, but shrimp are experts at hiding...
Episode 3 ¦ The new ice age ¦ The Witching Tree ¦ Mostly flowers

This morning she posed obligingly for a photo. No sign of the Cladogonium ogishimae. Will give it another week or so and then think about repatriating her. 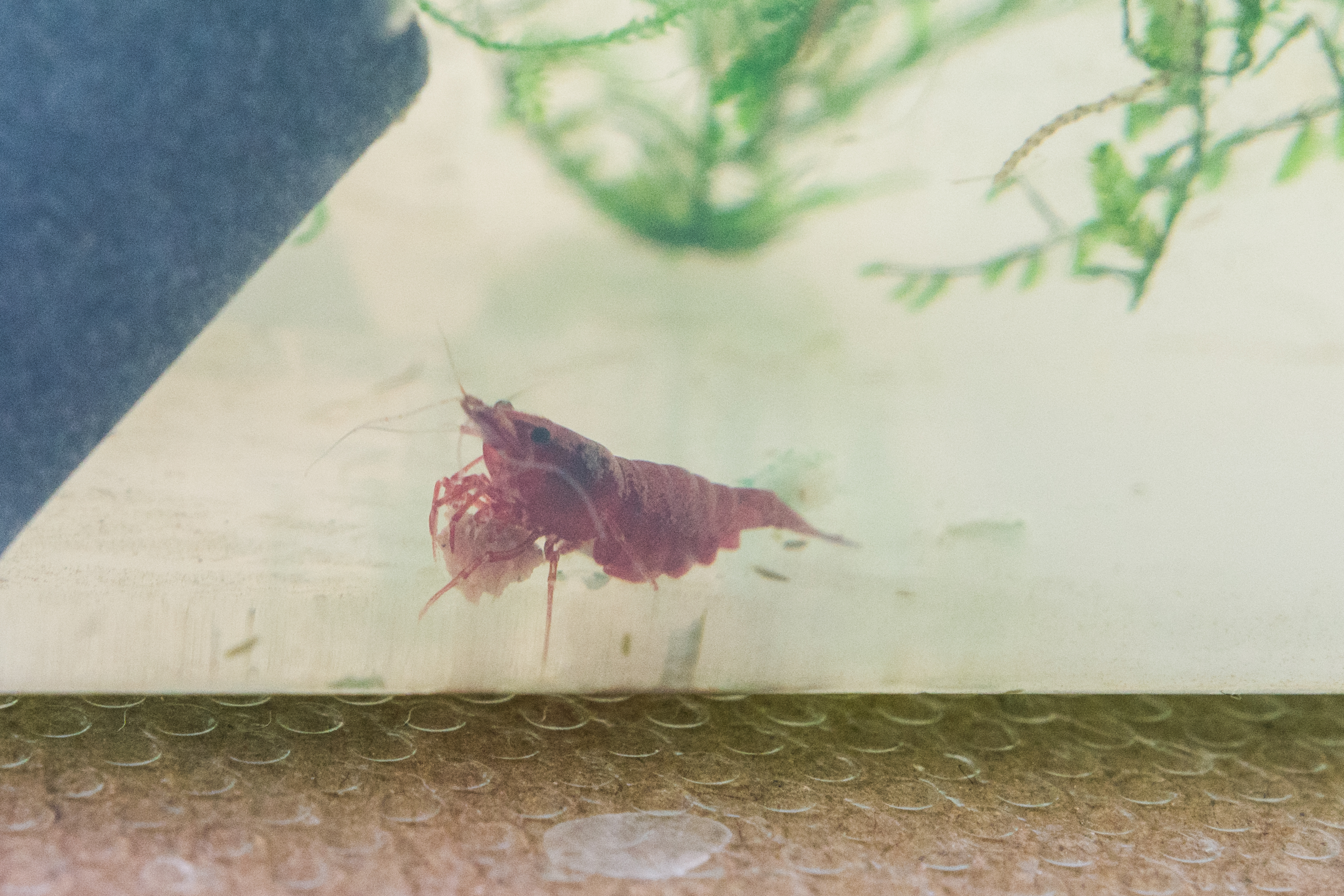 Simon
Episode 3 ¦ The new ice age ¦ The Witching Tree ¦ Mostly flowers
You must log in or register to reply here.

how much green water for moina culture?