This is my first try at a proper planted tank, here are the bones. I would love to hear any thoughts.
Tank is 60x30x26cm. Not sure what I want to do for plants, but I'm thinking simple and keeping it to three or four different types. 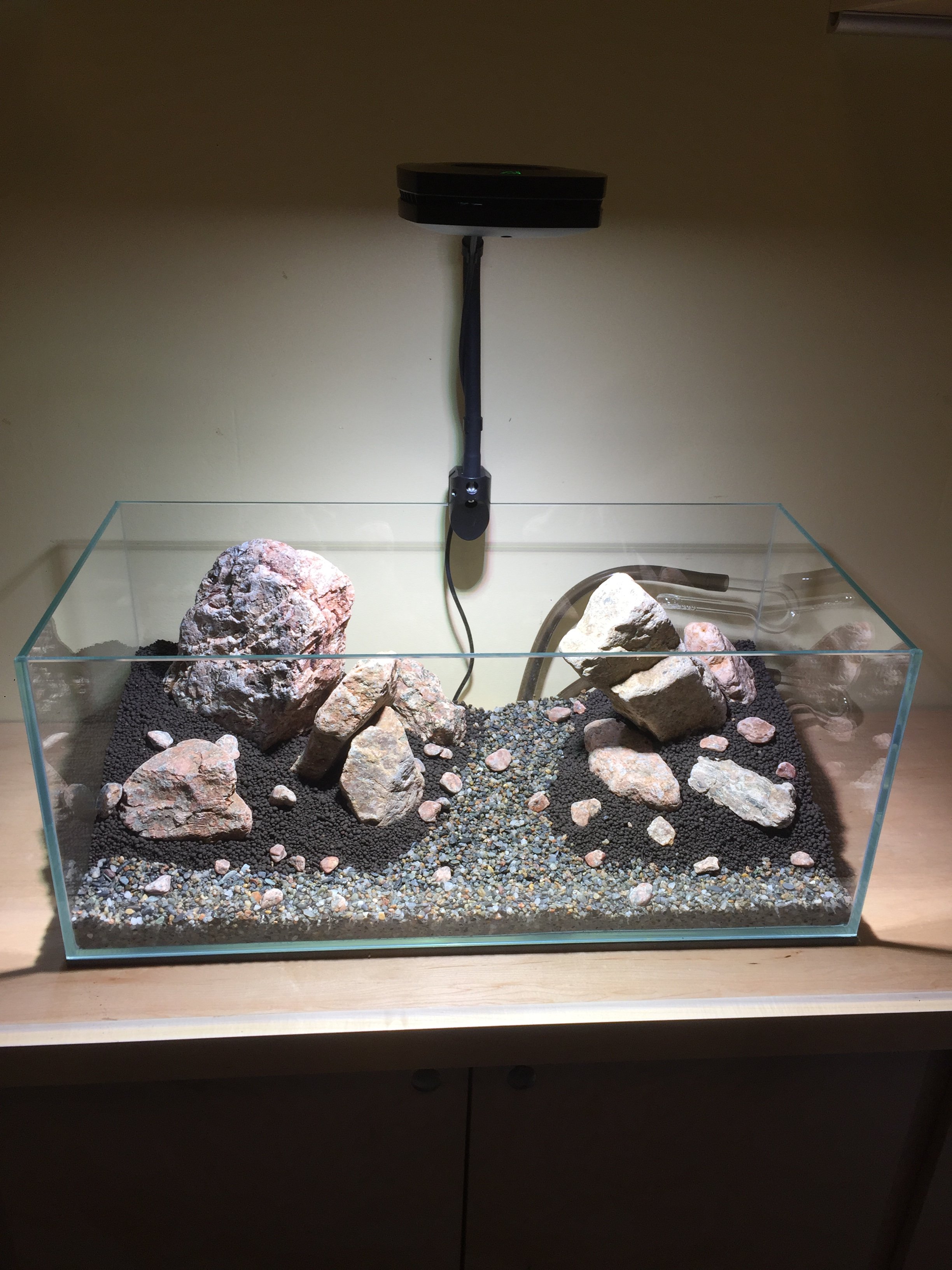 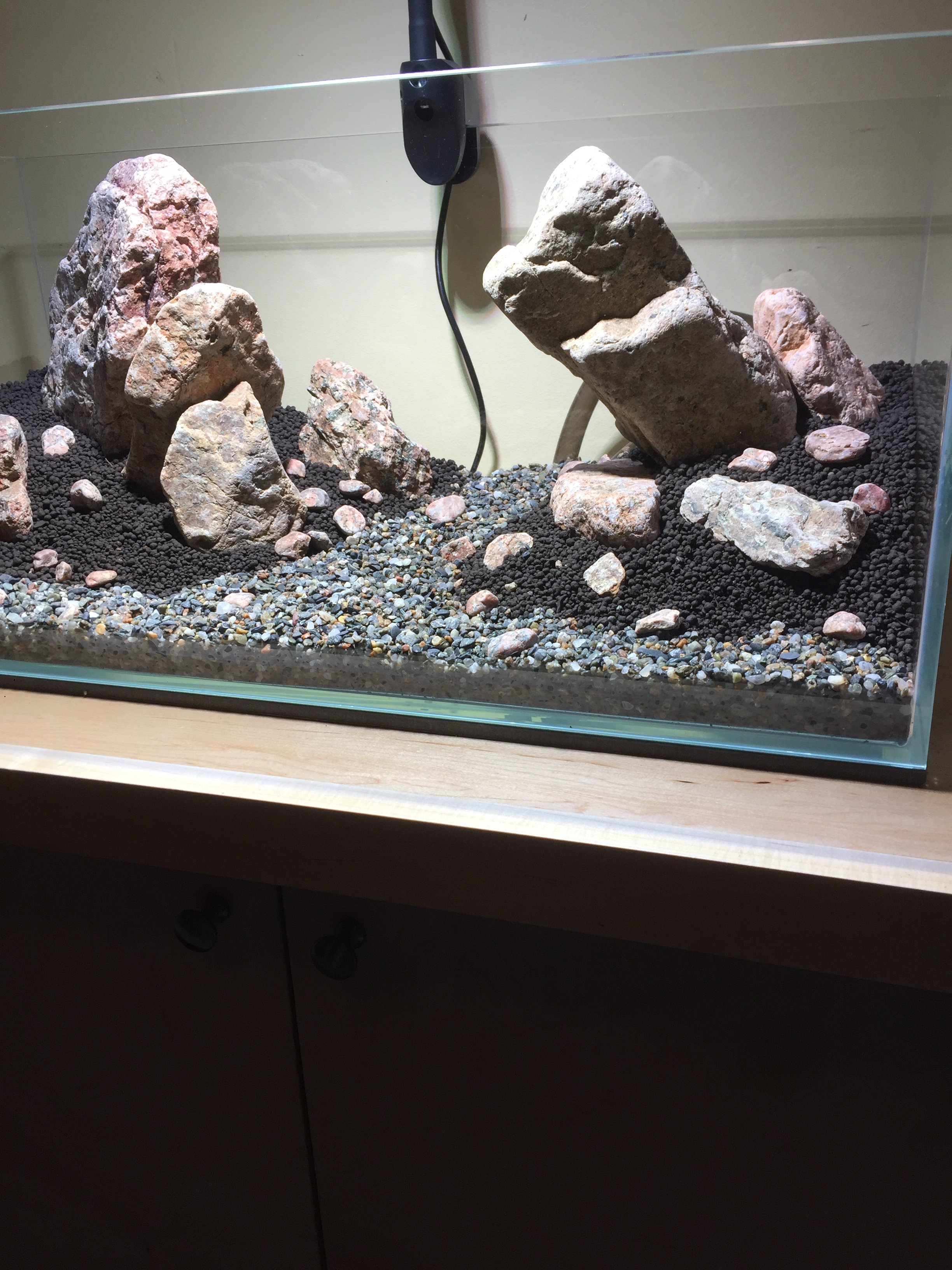 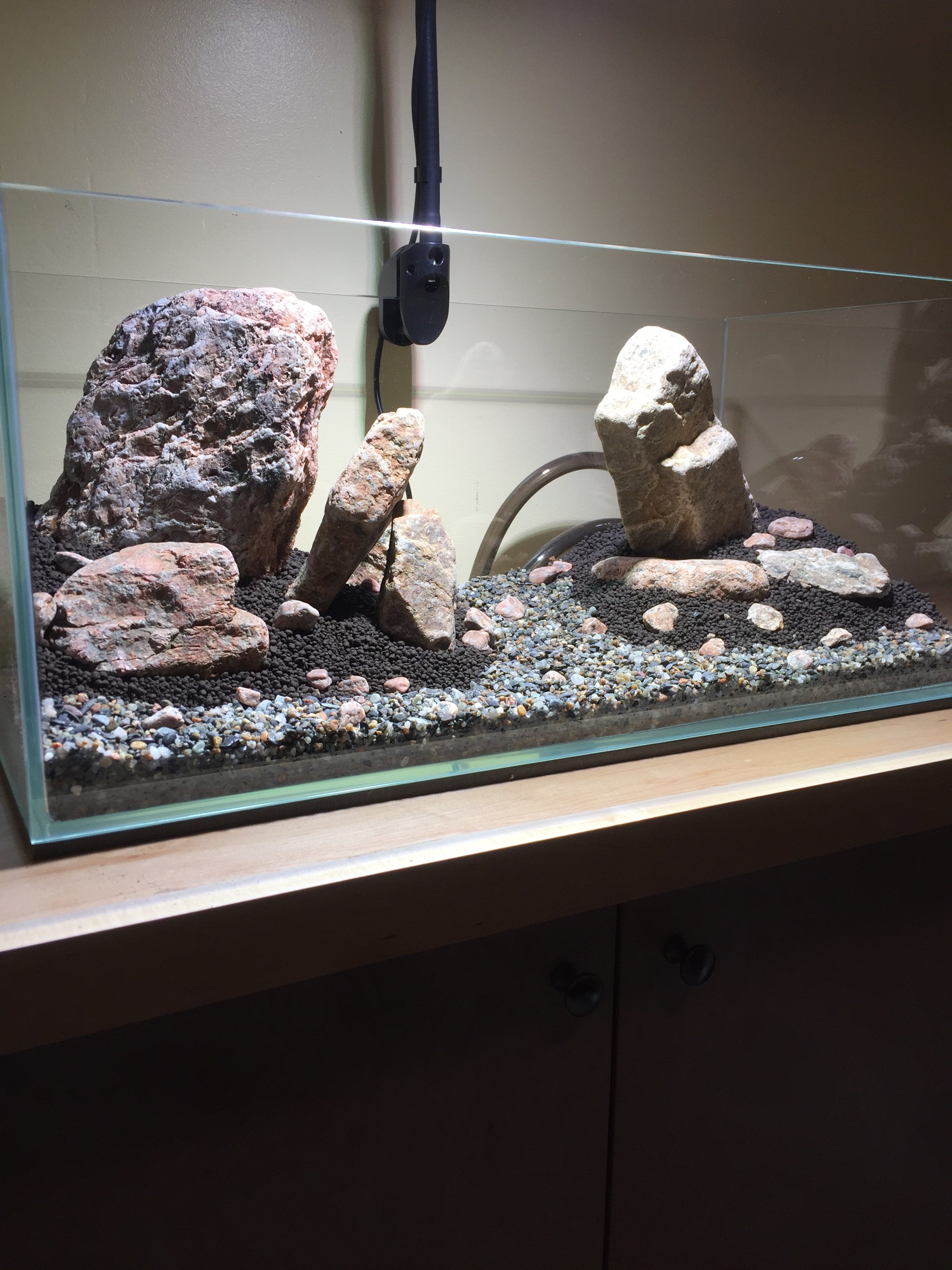 On the plus side all those larger stones are interesting to look at.

It looks like you have fallen into several beginner traps
The biggest it looks like two separate Aquascapes with a wide uninteresting gap between them.

This an example of a very good pathway it looks very natural.

LH end.
The three medium sized rocks close to the wide gap I would remove them reason being it looks unnatural and cluttered. I would select only one and re position it in that general area. I would think about position it to narrow the gap but where at the moment.

RH end
The large rock is looking very good and well positioned.
The medium rock resting on large rock its wasted there.
I would remove the two flat stones reason being they will get lost in the planting.

All the small stones which you have very carefully positioned at the moment not required.

I have given you plenty to think about its up to you now.

Thank you for the solid feedback, adjustments are being made.
I was actually thinking about getting rid of the path altogether and just doing a carpet of some sort.

Carl
I would highly recommend that.

Seeing you are doing a complete rebuild my next suggestion would be make a Mock Tank its far easier when working from the front it can be made from a cardboard box and use cheap sand or even garden soil as a substrate. 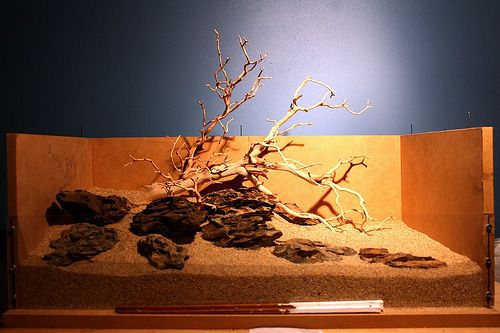