Flow Eductors - any use in a planted tank? 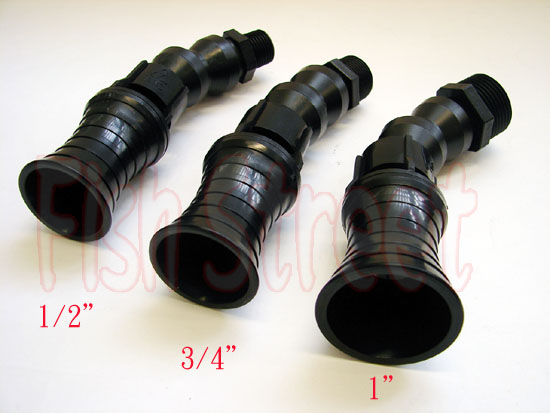 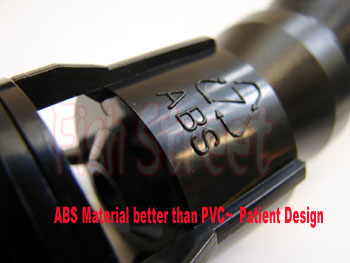 As water enters the eductor, it flows into a narrow section that increases the velocity of the water. As the water continues, it exits the narrow nozzle into a section with a much larger cross section. This expansion creates a pressure gradient that draws water through the surrounding slots into the stream. The process of drawing water from outside the eductor effectively increases the apparent flow from the pump over what a simple return would provide.
Click to expand...

To reach these kinds of efficiencies, the pump feeding the eductor needs to be pressure rated. It needs to be able to generate flow against the back pressure of the narrow nozzle.
Click to expand...

Would this help with flow in a planted tank and is the outflow from an external filter "pressure rated"?
---
Ray
Always learning ... [Active] 10l nano DSM See my 200L 90cm tank journal... See the rescape of that 90cm
A

In theory yes, it is similar to a lily pipe.
Aaron North
My Flickr Account | Equipment needed for setting up an FE | Algae & Nutrients

Bear in mind these have no moving bits and have to obey the laws of physics so while it may move a bit more water it does so at a lower velocity so may not have quite the same punch. The restriction of flow will also increase the frictional head on the filter/pump and reduce the flow rate slightly.

Having said all that they may well have the desired effect in a smaller tank of moving more water.
Ed

Yeah, I agree with Ed. It's a good idea but you don't get something for nothing. The mass flow rate increase is an illusion because you are accelerating the low velocity water in the vicinity of the cone to mix with and add to what is being ejected from the filter. I would rather have the higher velocity, lower mass flow rate to penetrate into the far reaches of the tank. The actual filter (or pump) turnover is more or less unaffected. The reviewer makes it sound as if somehow you magically get 245% more turnover from the pump. What you are doing is using the energy of the effluent to move nearby water that has not yet been processed by the filter, however this itself might be great if it generates better circulation patterns in the more vulnerable areas of the tank.

Also the water does not "expand". The venturi effect creates lower static pressures at high fluid velocities inside the cone. This lower static pressures then draws nearby water (which is at a higher static pressure) into the cone. This is how your python water changer works. Due to frictional forces, the velocity near the cone's inner surface is no doubt lower than at the center of the cross section. As the two waters mix there will be turbulence which robs total energy from the flow so the assumption of constant velocity across the section is probably not 100% accurate.