I have left Frogbit root trimming in my shrimp tank for a bit too long and I noticed some roots starting to go into the substrate. 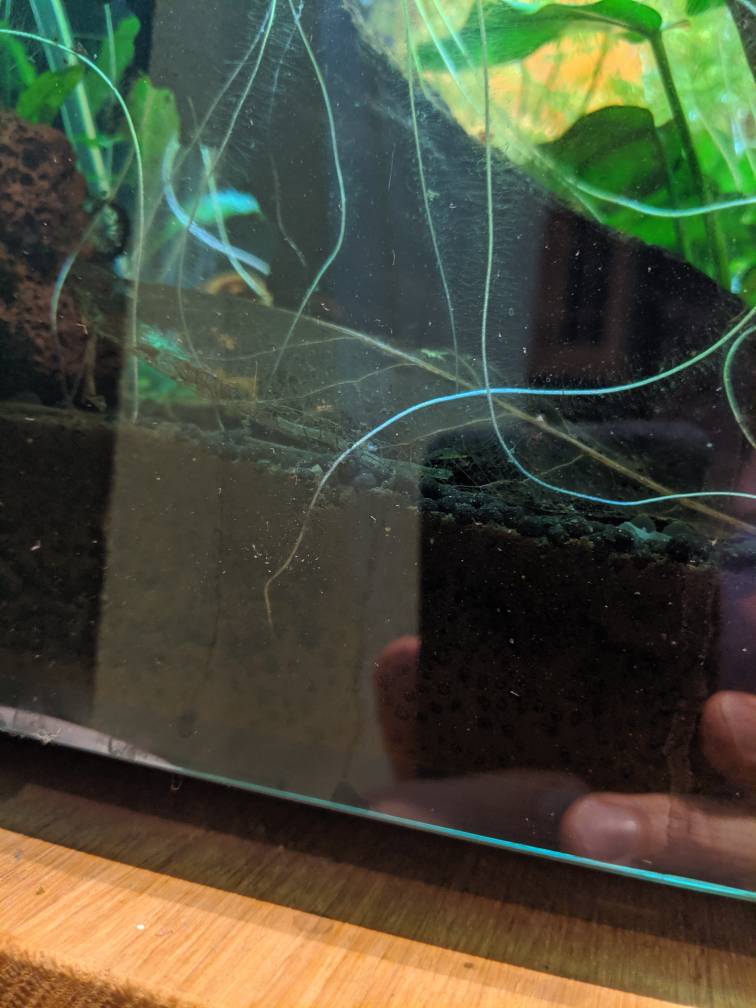 Will frogbit actually root into substrate given the opportunity? Is there any benefit in letting roots enter substrate?

Edvet said:
It will because it can find more food there
Click to expand...

That would be my guess as well.

jameson_uk said:
Will frogbit actually root into substrate given the opportunity? Is there any benefit in letting roots enter substrate?
Click to expand...

For whatever reason once they've rooted the plant tends to start throwing stalked leaves, that sit well above the water surface. It also encourages them to flower.

Might leave this one and see as the shrimp love grazing on the roots anyway.

The question I forgot to actually put in the original post was whether they do this in the wild or whether this is just down to a low nutrient tank?

I see Hygroryza aristata do this as well, it actualy can be planted emersed in damp substrate than it rather grows erect and look more like bamboo gras than a floater. Salvinia also roots into substrate if given the chance. All that has roots will do that.

The question what was first the Chicken (Fish) or the Egg?

The genus Limnobium is probably considered an in between evolution and still a macrophyte . That started its evolvement from rooted at the shores addapting into living in water.
Cheers,
Marcel..
Tanks for watching.

jameson_uk said:
whether they do this in the wild or whether this is just down to a low nutrient tank?
Click to expand...

I'm pretty sure that they would do this naturally. It may offer advantages for the uptake of nutrients, like iron (Fe), which are more likely to be available in the sediment.

It is now an invasive alien in <"some USA states">, and the link says that seed is much hardier then the plant, so it maybe, in its natural habitat, that falling water levels provoke rooting and flowering.

If you have shallow water, frogbit will naturally extend and penetrate its roots into the substrate. I think this can happen to any floating plants. What I noticed is that rooted frogbit grow larger leaves, about double to Tripple the un-rooted leaves as shown in the pics for comparison. Also, some of the rooted leaves are lifted slightly above water, so they are technically not floating.