Hi all,
I haven't maintained any of the tanks in the lab. since the middle of March, the only thing I've done is topped the water up, but it was about 1/2 way down the tanks at that point. They don't have any fish, and a limited amount of snails etc. but were heavily planted with easy plants.

They live on a windowsill facing NW and they only really get any direct sunlight in the summer evenings. One of the tanks gets a bit more daylight and has a polystyrene backing, usually I put a piece of polystyrene behind the other two tanks in ~April. I didn't do this in 2020.

Yesterday I had a look at them, and they have a lot of algae growth, mainly BBA, much of which has subsequently died, and a really thick coating of BGA, both a Nostoc type in the moss mass a the water's surface and a more traditional smear type, mainly all over the dead BBA. There are also some filamentous diatoms and what may be dead green thread algae in the backed tank.

The floating plants look pretty unhappy, and it is only the Salvinia that may be salvageable and some of the Hygrophila corymbosa & Ceratopteris has died as well. I don't know quite how hot it has been, but probably up to ~40oC , as there are large S. facing windows and the blinds have been up.

Think you can recover the tanks again eventually or will you go for complete restarts?

Hi Darrel
The nights have been really humid and hot as well so this doesn't allow any chance of the tank temperatures to drop.
My two tanks are around 27 degrees "no heaters in use " and these are in darkish areas of the home.
I've had to float iced bottled water in the shrimp tank to cool them down!
hoggie

My unheated tank reached 29.5c yesterday as it gets lots of directly south/west sunlight in the afternoon-evening. I really should shut the blinds but it doesn't seem to do any harm over the eight years it's been running. I do get some bga between the substrate and the glass but the rest of the tank is spotless, through no skill whatsoever from the aquarist but possibly because it has a decent sized monstera sticking out of it.

The lfs near me has closed for a few days so they can turn all unnecessary equipments and lights off to keep everything alive. They were apparently struggling to keep everything under 30c, which I sympathise massively from my time running the shop. Our local maidenhead is in a greenhouse type area of the garden centre so I bet they are really suffering but 40c is something else to deal with, so no wonder your tanks have suffered.

Wolf6 said:
tanks again eventually or will you go for complete restarts?
Click to expand...

The tank with the backing just needs a bit maintenance and a filter clean etc.

The other two are much worse and my guess is that there won't be a lot worth saving, other than some of the moss and the Anubias plants. One tank has a cat litter moler clay substrate and that is now embedded in the mass of dead BBA, moss and mulm, so I might swap that over to sand.

Any pics M8 ?
IFC Aquarium Fertilizer Calculator
Journal - Olympus 500L is Calling, Journal - Pot Scape 50l
"God is in the details." -Mies van der Rohe : "Do or do not, there is no try."-Yoda

dw1305 said:
Yesterday I had a look at them, and they have a lot of algae growth, mainly BBA, much of which has subsequently died, and a really thick coating of BGA...
Click to expand...

This may seem like a strange request but I would like to obtain some BGA/Cyano in order to do an experiment. Is there any possibility of you being able to pop a sample in the post to me? If it's in a small, sealed polythene bag (or similar) with a tiny bit of tank water, it's very likely to still be alive when I receive it. A jiffy bag might also be a good idea for the outer bag! I can PM you my address, email, etc.

jaypeecee said:
I would like to obtain some BGA/Cyano in order to do an experiment.
Click to expand...

You can, I'm away for a while now (my father has just died after a long illness) but I'll be back in work on the 24th, and I'll collect some for you then.

Sorry to hear about your loss.

This is my lock down cacti after returning to work after 4 months... This was over 20 years old, 50p from Ikea (including pot), bought to work as my baby daughter kept putting her hand in it. She is 21 now. 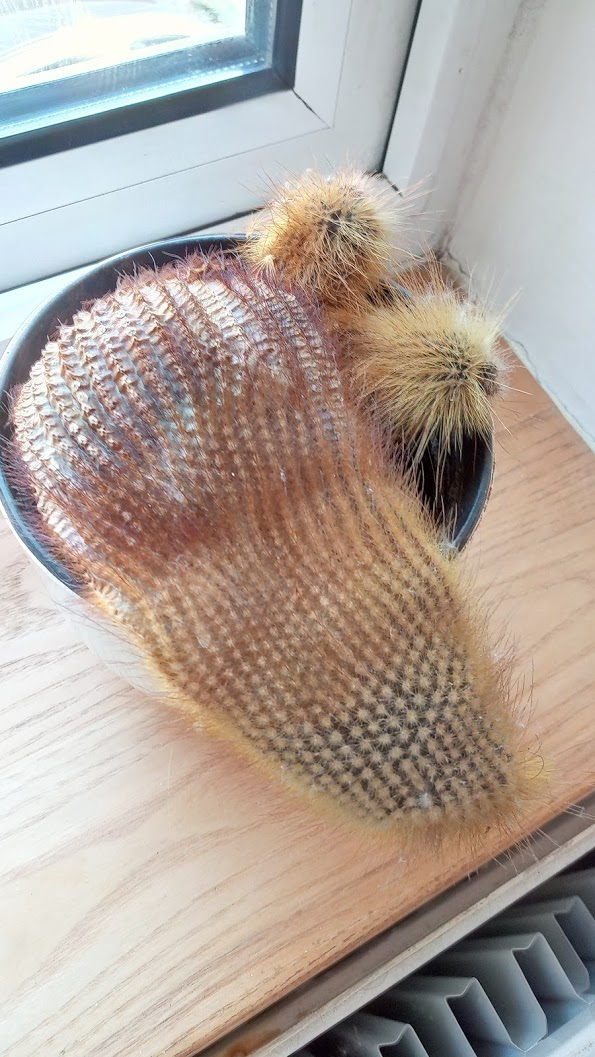 I'm so sorry to hear of your sad news. My thoughts are with you and your family at this difficult time.

Sorry to hear of your loss, please accept my condolences.

Maybe when you're ready some of the folk you've sent plants to over the years could return the favour so you can replant your tanks.
.
Aquazeitgeist. YouTube
A Brief and Incomplete History of Aquascaping. Soil Substrate Planted Tank - A How to Guide
Schism Reimagined. NatureScape. Return of the Shallow. Windswept Eternity, Primordial. The Dark Side or What Lurks Beneath

Tim Harrison said:
Maybe when you're ready some of the folk you've sent plants to over the years could return the favour so you can replant your tanks.
Click to expand...

Please accept my condolences. When you are ready to replant PM me.

dw1305 said:
my father has just died after a long illness
Click to expand...

Sorry to hear that Darrel. All the best.

Tim Harrison said:
Maybe when you're ready some of the folk you've sent plants to over the years could return the favour so you can replant your tanks.
Click to expand...

Great idea. I'd be happy to send a selection of trimmings when you're ready.
ADA60P - Edge of the forest

I'd be very happy to help with some plants as well.

I’d be happy to help too.