So i bought this plant in a bulb and it has been a couple of days in the tank and its growing leaves now but i wanted to ask do i need to do anything different with this plant to keep growing?
Does the bulb fall of after not sure if there are any roots under the plant as i dont want to disturb the plant.
Atm it just sitting on the substrate.

Any help would be appeciated
thanks

The bulb is the plants energy store. Roots will grow from under the bulb and feed the bulb, so it's a good idea to put root tabs near it. The leaves can be seasonal but it's the bulb that does everything so you want to take good care of it. Keep it well fed and make sure the bulb isn't buried too deep as it will rot.

It's a plant that has a natural dormancy period in the wild.. In the dry season when the river bed it grows lowers water level and dries out, the plant goes dormant till next flood.. It can happen sometimes spontaniously going dormant in an aqaurium. It's unclear why it's random and not always with permanently submersed aqaurium plants. But if it ever does after a while, it is best to take it out give it a somewhat dry periode till it revives again and it can be planted back. But no worries as long this aint happening you're good to go. It is also reported that it goes dormant and comes back with keeping it submersed. It's a gamble..
Cheers,
Marcel..
Tanks for watching.

How do you propgrate the plants? Would it come will small bulb for the next plant?
How will I know when it hits this dormant stages
If I leave it in the tank would it kill it when dormant

@zozo Marcel, what conditions would you keep the dormant bulb in once removed?
.
Aquazeitgeist. YouTube
A Brief and Incomplete History of Aquascaping. Soil Substrate Planted Tank - A How to Guide
Schism Reimagined. NatureScape. Return of the Shallow. Windswept Eternity, Primordial. The Dark Side or What Lurks Beneath

It will grow new bulbs at the substrate, but a plant also can be ripped off at the roots. But growing such a ripped off plant piece on is a bit tricky to keep alive. I had succes but can take a very long time before a new bulb appears and the plant happily and healthy grows on. But new bulds can be seperated without problems. If it ever goes dormant than it will stop growing and slowly shed all its leaves and only the bulb is left. Than you might think it died, but it didn't it just went into dormancy..

In nature this is a normal cycle the plant has to go through.. It grows in the streams shallows, that flood in the rainy season and dry up in the dry season. And it can take rather long periodes of drouth and comes back when the rain season starts again, than everthing floods again. Some Aponogetons spp. seem to need this periode and some don't.. Yours if not a crossbreed cultivar is one that has this periode in nature but does well in aqauriums without this periode. But there are reports of this A. boivianus going dormant in aqaurium. For what ever reason, it is not known. Maybe as said you have a true boivianus or maybe a crossbreed with a label not telling you. There are several cultivars in the trade variants that are less sensitive for going dormant or not at all. And often sold with a wrong label.

On most sites it is adviced to take it out during this dormant period and store it at a moist and cool spot till it revives again and than put back under water. But there are also reports of people failing to do this and it still came back with leaving the bulb in the tank. So it's a bit unknown what is the best thing to do.. In general we tend to think it is best to try to replicate what it gets in nature.. But obviously this is not always the case.. Problem is, the plant doesn't hang out a sign with a specific manual.
Cheers,
Marcel..
Tanks for watching.

Tim Harrison said:
@zozo Marcel, what conditions would you keep the dormant bulb in once removed?
Click to expand...

If taken out, in damp soil at a cool not to sunny spot would be best, there are articles to find about nursing aponogeton during dormancy. At least about the ones known to need it. And i also did keep bulbs in the tank than came back. Mater a fact also still have a tiny A. robinsonii bulb for months laying in the shrimp tanks substrate. And since shortly it seems to come to live again. And is described as not needing a dormancy. But mine looked like it did.. I dunno what to think of it, it might just do it if it wants to.. I never took it out. But it can be grown partialy emersed in wet soil to a certain size. But like that it'll probably never grow to full potential.
Cheers,
Marcel..
Tanks for watching.

When I first started with this hobby as a child I followed "expert" advice and removed two dormant Aponogeton bulbs and placed them in moist soil in a dark cool place, for the prescribed period of two months. When I came back to them they'd all but rotted

I think on balance, I'd do what you did Marcel and leave them in the tank..
.
Aquazeitgeist. YouTube
A Brief and Incomplete History of Aquascaping. Soil Substrate Planted Tank - A How to Guide
Schism Reimagined. NatureScape. Return of the Shallow. Windswept Eternity, Primordial. The Dark Side or What Lurks Beneath

Tim Harrison said:
When I first started with this hobby as a child I followed "expert" advice and removed two dormant Aponogeton bulbs and placed them in moist soil in a dark cool place, for the prescribed period of two months. When I came back to them they'd all but rotted

I think on balance, I'd do what you did Marcel and leave them in the tank..
Click to expand...

Yes i know the cool dark spots, easy to forget about to check regularly.. That's why not to sunny might be better, these are usualy the spots in sight to see it and give it a look. Cool dark and moist is also ideal fungus habitat.. I guess without sterilized soil it's like playing with fire. But indeed leave it in the tank and wait and see is also my personal favorite if i have one. And than i also keep it in sight and take it out for an inspection during cleaning sesions.
Cheers,
Marcel..
Tanks for watching.

Yes, they often rot away in moist soil or peat. I think dry sand is better. Next time I want to try vermiculite, but haven't yet.
You can see how fast your Apono is growing using the nutrients stored in the 'bulb'*, it will need to replace all that before it goes dormant, to give it the capacity to come back, so definitely give it plenty of root tabs or similar.

* I think it's technically a corm, certain it's not a bulb.

sparkyweasel said:
certain it's not a bulb.
Click to expand...

No, it's indeed not stricktly by definition, but in general laiman terms it refers to the same. I believe in true definition an Union is a bulb and a tulip, or a narcisus.
I think the Aponogeton has a bulb that is called a tuber, growing like one fleshy substance can have different shapes doesn't necessary need to be tubular, also a mistranslation for many, it's from tubercullum which translates in english something as a bulb, a knob.. Sometimes growing in clusters, like a potato is a tuber, begonia and water lily also grow from tuber. The aponogeton also and develops cluster in soil, new tubers..
Last edited: 12 Jul 2018
Cheers,
Marcel..
Tanks for watching.

Just came across this PFK article on bulb plants https://www.practicalfishkeeping.co.uk/features/articles/all-you-need-to-know-about-bulb-plants Here is a perfect example.. 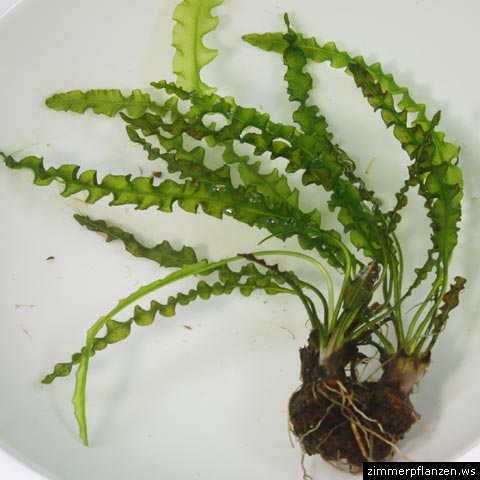 You can cut the tuber in half and it grows on as seperate plant.. Actualy each knob that grows out and has a sprout can be cut off and forms a new single plant. This you can also do with a water lily tuber..

With a bulb or a corm you can't, if you cut it in half you kill it.
Cheers,
Marcel..
Tanks for watching.

How would you know that the energy from the bulb is depleted?
I’ll try to send a picture of my plant and how often does it shoot out new bulbs of new plants

Because it'll be shrivelled up, soft, spongy, or easy to crush with slight pressure. As opposed to a healthy bulb which should be firm and full.
.
Aquazeitgeist. YouTube
A Brief and Incomplete History of Aquascaping. Soil Substrate Planted Tank - A How to Guide
Schism Reimagined. NatureScape. Return of the Shallow. Windswept Eternity, Primordial. The Dark Side or What Lurks Beneath
B

Does that mean after it’s depleted that it’s dead and gone?
Just confused as to when I should start adding some root tabs under it

Add them now. As the leaves sprout, the roots should sprout too and be ready to feed. It will try to replace what it has used in the growth spurt as quickly as possible. All those leaves will photosynthesise, some will probably reach the surface for plenty of CO2, it can take lots of ferts to keep pace.
You won't see signs of any deficiency, because the plant is using its reserves, you just have to make sure it gets plenty of food to replenish them.
B

Hi guys any help at all?

I don't think shrimp and snail waste will be enough. I would definitely use root tabs. I don't know why the roots are not growing. Maybe they need nutrients in the substrate to trigger growth?
You must log in or register to reply here.
Similar threads