Has anyone ever seen a female Scarlet Badis? 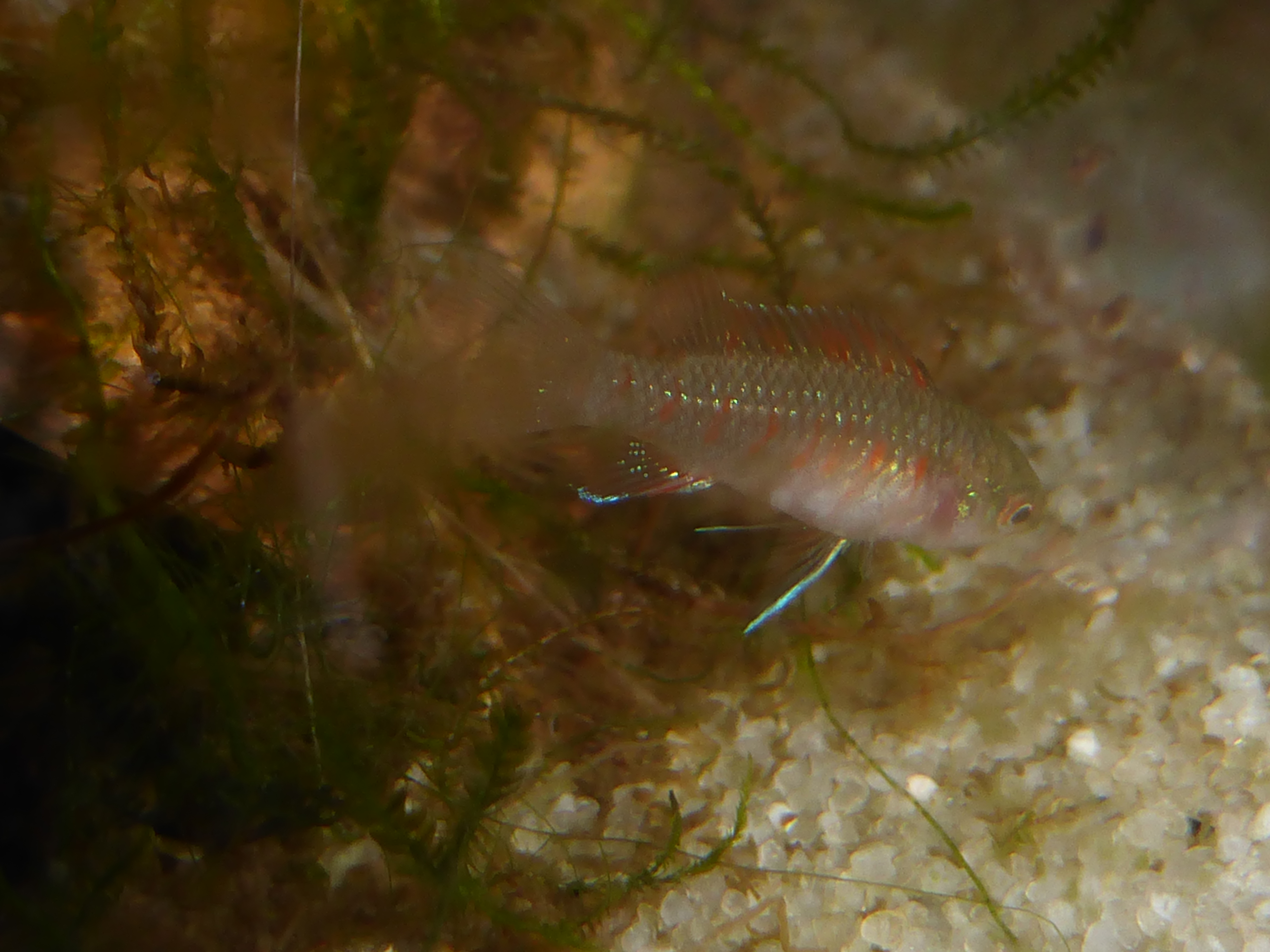 Hopefully not....quietly confidant that at least 2 of the other older fry are female but time will tell 🙂
The other pair don't seem to have produced any fry and I think it might possibly be down to the fact some "cull" shrimp got in there so I've removed the shrimp to see if that was the issue.
L

roughly how old do you reckon that one is? would be good to have some sense of how quickly they develop.

louis_last said:
roughly how old do you reckon that one is? would be good to have some sense of how quickly they develop.
Click to expand...

A few more males have decided to make themselves known lol as yet it's not causing any problems as they're in a 100lt with plenty of territory space but as soon as it becomes an issue they'll be moved on.
This the male shown in the previous photo and he is now actively breeding. 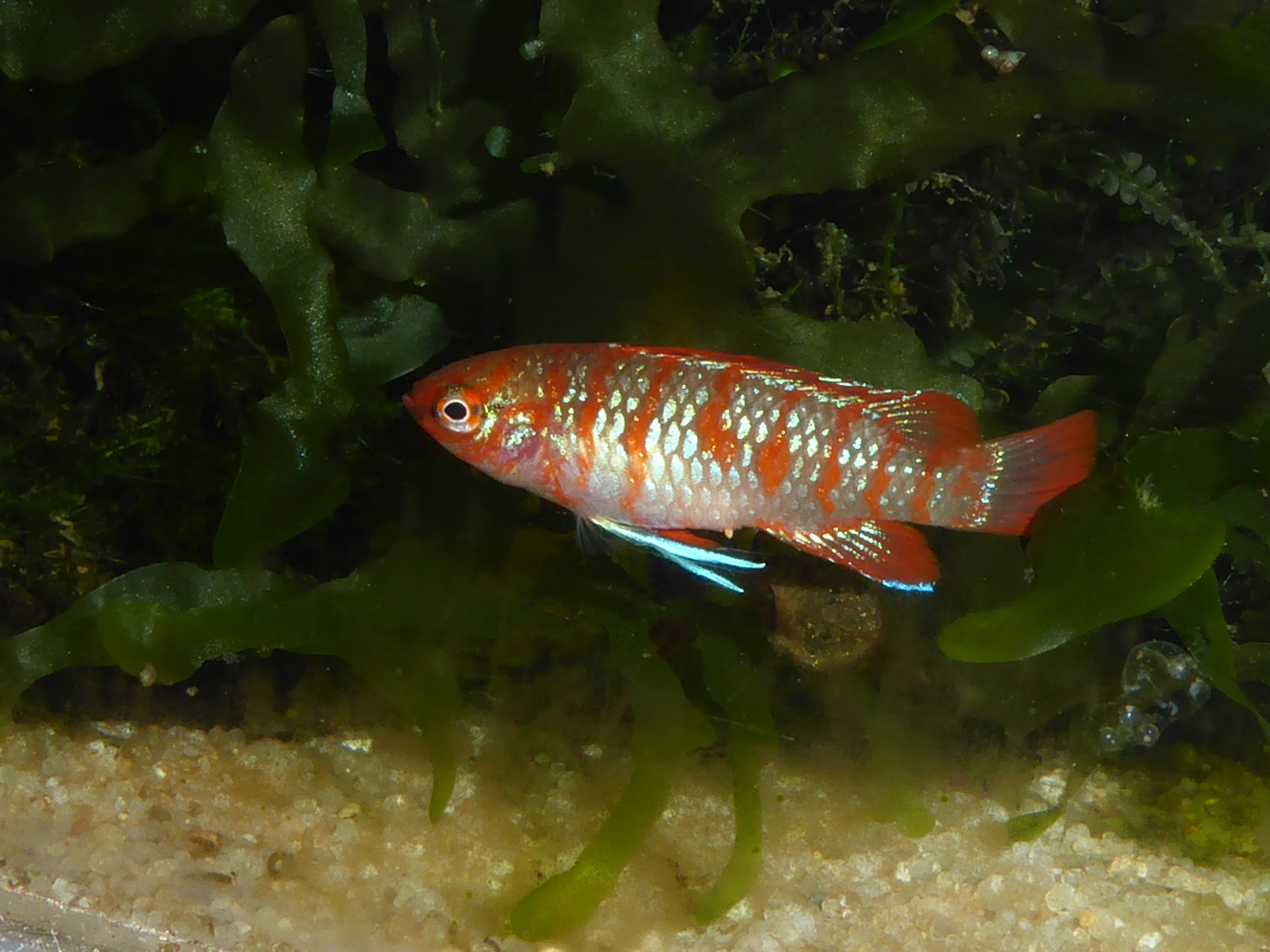 I've got 30+ grown on scarlet badis fry now that are eating all the same foods as the adults but actually they can eat much larger daphnia and moina than I expected even when they are still very small - they just keep chewing them and spitting them back out until they're compressed enough for them to swallow. They were also able to eat worms much larger than themselves from a surprisingly small size. None have begun to show colours yet other than some blue on their pectorals but even at this size I suspect there is a perceptible difference between the head shape of males and females and the largest of the fry is not much smaller now than the female was when I got her so I think they're going to start colouring up soon.
I'm still in the process of training them onto frozen foods, some of them readily ate frozen copepods the very first time they were offered but others seem to take a bite and then spit it straight out. I'm going to try and get them feeding on decapsulated brine shrimp eggs as a non motile foodstuff that they will hopefully still recognize as food once it's in their mouth and then ultimately golden pearls.
I didn't expect to have this many, I thought it would be harder to raise them through their truly tiny phase and that the adults would eat some but in fact the ones I seperated from the adults into their own tank grew much more slowly than the rest and I've never seen the adults show any interest in eating them even when they would easily have fit in their mouths.
If anyone wants some free CB scarlet badis get in touch! I counted 30+ at once in the open today and it would seem silly not to assume that there are more hiding in the moss and plants 😅

OK, so many months too late to the party, but just found this: Female Scarlet Badis ~ 1cm
You must log in or register to reply here.
Similar threads