Hello from the USA!

New member here from the US (hope that's allowed?) just getting back into the planted tank hobby after a five or so year break for school. I've always really enjoyed the forum side of the hobby and sadly some of the old forums I used to frequent aren't as active as they used to be. So as I result I've decided to join here as UKAPS still seems to be very active (I've been lurking as a guest for a while).

As for tanks, I currently have none set up. However, I am getting close to having my first new tank up and running. The tank is a 20 gallon long (about 75 liters) drilled for an Eshopps Eclipse S overflow with a 10 gallon (~38 liters) sump. Lighting is an old Finnex Ray2 DS from the last tank. Since my old tank was longer and taller than the new tank I've hung the light in an only mildly sketchy manner to help tone down the amount of PAR. I will also be running CO2 injection via a DIY cerges reactor. The substrate will be dirt and likely black diamond blasting sand as a cap. 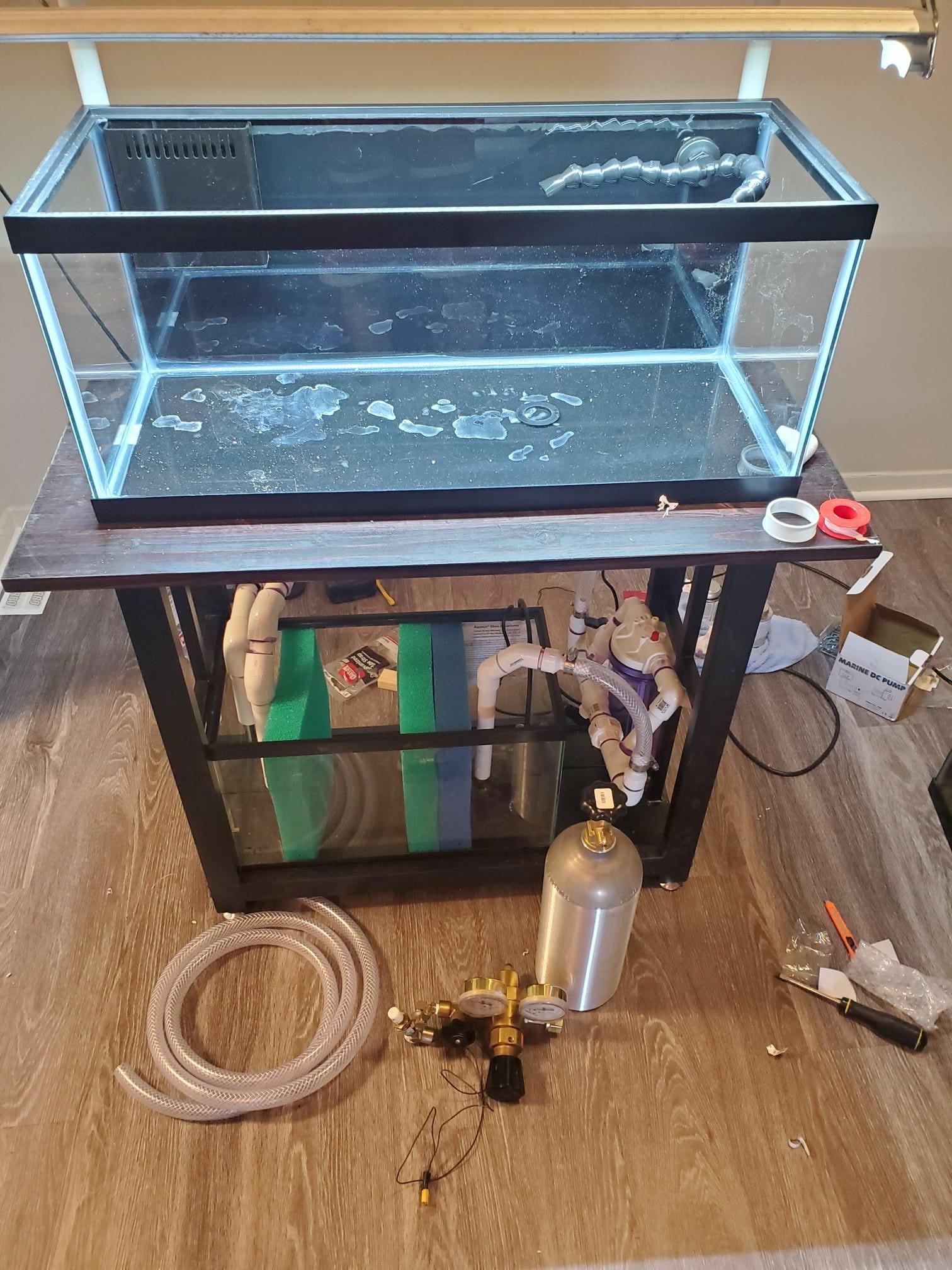 I originally started leak testing last week. Unfortunately, the union for the return line jammed and I broke the back pane of the above tank trying to get it undone. Luckily I had a second identical tank on hand that I've already drilled and painted (not pictured). To avoid the same issues, the new tank is not drilled for the return line, only the overflow is drilled. Instead, the return will run over the top of the tank. Once I build the new return I hope to start leak testing in the next couple of days.
First tank since 2016 is in progress!

Thank everyone, glad to be here!

A little update, leak testing on V2 of the build is in progress and going well so far.

I am journaling this tank on a few other forums but can here as well if people are interested.

P.S. please excuse the chaos in the background of the pic. Tank builds are messy, atleast that's the excuse I'm going with... 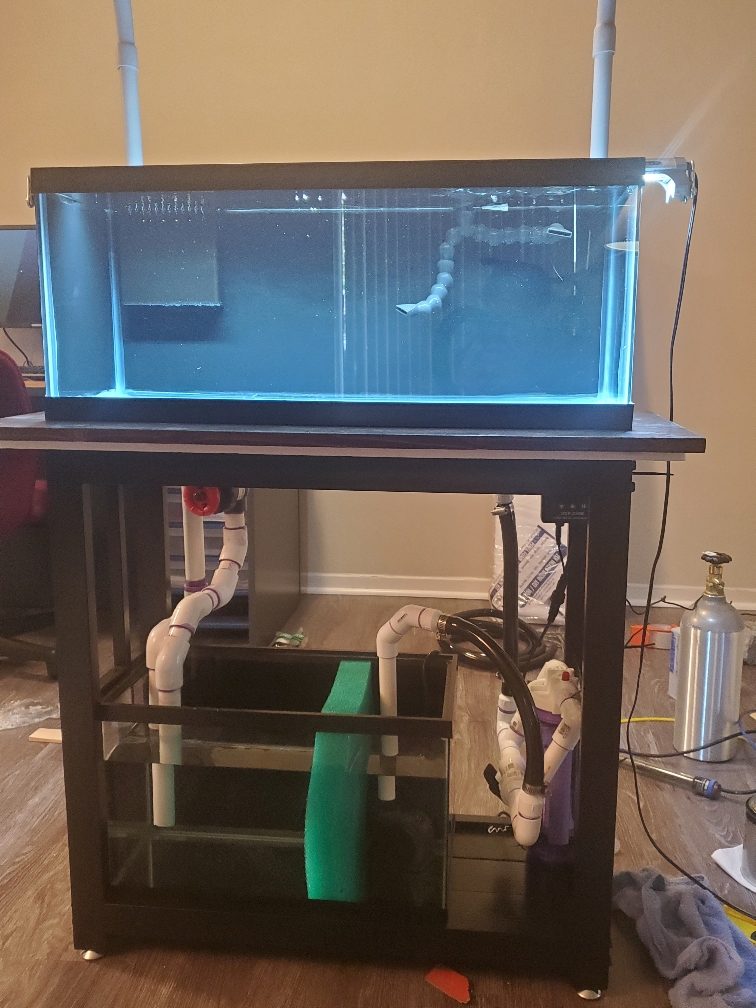 Sent from my SM-G970U1 using Tapatalk
First tank since 2016 is in progress!