I am currently awaiting arrival of a new tank (braceless/rimless90x50x45cm) and have constructed a concrete block stand for it to be temporarily sat on before I decide whether to build or buy a new stand. I was wondering if the construction is suitable for a couple of months? I have 18mm external grade plywood on the bottom and then concrete blocks with 18mm external grade plywood for the aquarium to sit on. I will place a 15mm yoga type mat in between the tank and the plywood. The reason why I am asking is because most DIY concrete stands I have seen have 2x4 timber in between the top concrete block and plywood. I have attached an image to show my attempt. 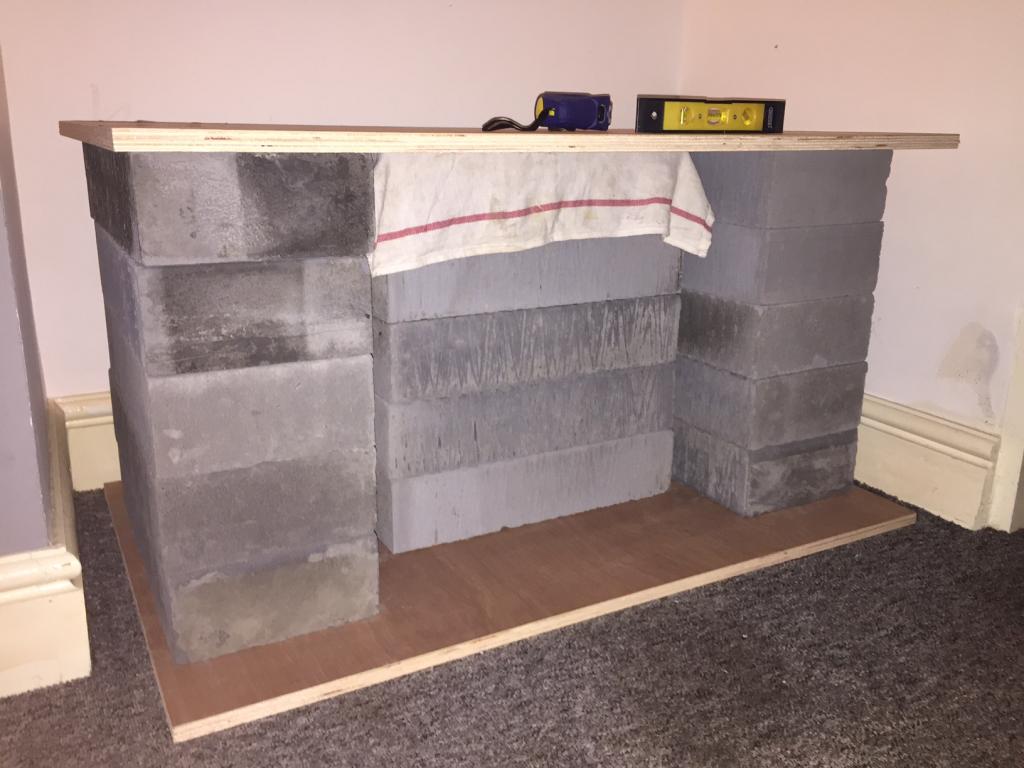 Thanks for the reply!

It is not ideal but no other way round it unfortunately. I currently have a Juwel Rio 240 setup with 2 external filters running. I will be decommissioning my existing tank and will use the existing filters for the new tank. I will not aquascape etc. the new tank until the new stand is complete. It will be an empty tank apart from a cluster of plants and my existing fish until its sorted.
Last edited: 11 Jan 2015

Why not keep current tank running, that way filters stay full of goodness...take delivery of tank and leave it empty till you decide what to do, just making work for yourself this way.

I had a slight nightmare with my other tank as the Eheim filter sprung a leak and I did not notice until I arrived home from work (approx 9 hours later). The mdf stand has soaked up the water and warped making me slightly worried that it is not structurally sound.

the temporary stand look to be sufficient enough but like everyone else has say, just build the stand and do it all at once, that way you don't have to put the fish through stress twice.

I will take your advice and do it that way as it seems the right way, thanks for your replies! Now to blow the dust of my tools and hope for the best. Am i right in thinking that if i follow this thread http://www.ukaps.org/forum/threads/diy-ada-style-aquarium-stand.31348/ I will be able to apply build a suitable tank to hold my tank (approx 190l)?

Great I used concrete blocks but the figure of eight ones on end. I used two stood on end at each end painted silver with the holes facing forward, I used a peice of worktop to bridge them. I used pink gripp to stick all together. The only problem was getting rid of it, it took a sledge hammer to break them apart. was the cheapest stand I've ever made blocks were free and and already had the punk grip. op a right though, easier to built what you want first, I only used them because I was between jobs and couldn't afford to buy the metal to weld one.
Last edited: 16 Jan 2015
A good turn never goes Un-punished. I opologise in advance as I will ruin your thread.
You must log in or register to reply here.
Share:
Facebook Twitter Reddit Pinterest Tumblr WhatsApp Email Share Link