Can anyone tell from this poor photo what this stuff is that’s starting to coat my plants and prefilter? Could it be diatoms? I‘ve read that they are common in new tanks and this one is three weeks old? If so then I believe that they usually clear up after the tank matures. 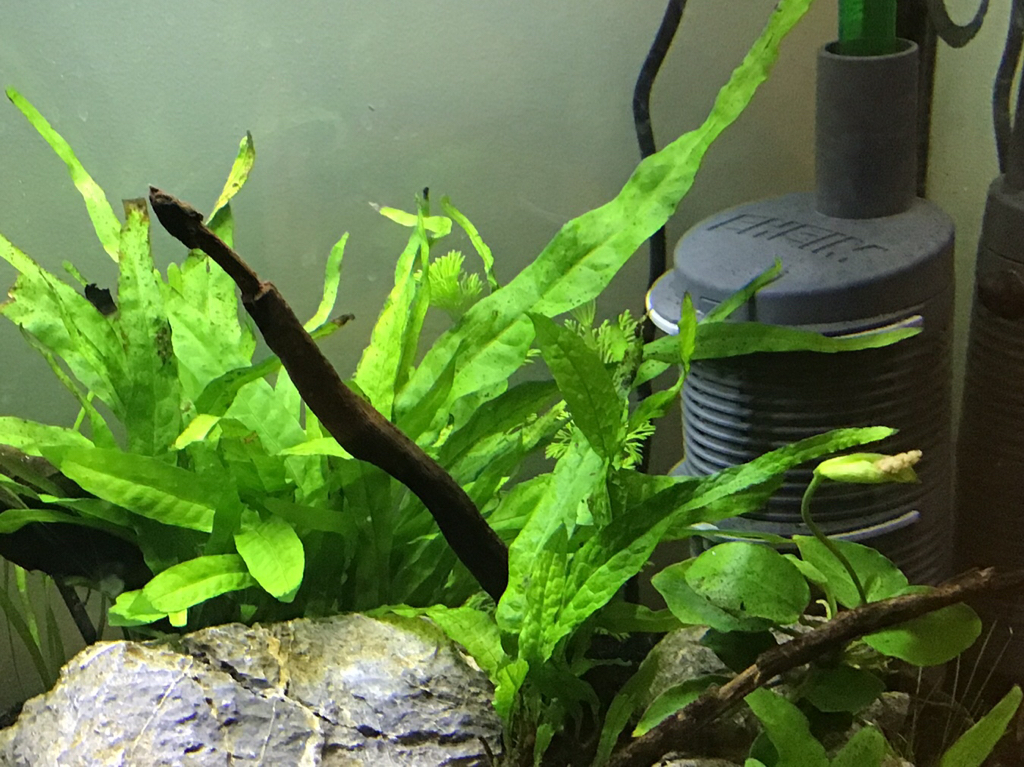 I‘ve been experiencing a lot of melt in the tank with sag, buces and crypts all disappearing so I don’t know if that is contributing. I’ve been doing 50% water changes most days and dosing daily with 1ml of the Aquascaper CPF. I have no injected CO2 and lights are on for 6 hours. The tank is 60l.

Thanks @Jayefc1. I‘ll try upping the dose. I‘ve not grown anything before and feel a bit like I’m drowning in ignorance atm! I’ve done quite a bit of reading but I still don’t have much feel for what to adjust when things don’t look right. I’m sure it will get easier with experience but there is certainly a learning curve

Jayefc1 said:
And that curve never stops Alan as each set up is different good maintenance and patience is the key you will learn what the plants need in time
Click to expand...

In that case I better ask the all important why question! When looking at the tank growing algae my instinct was that it was because of too much of something e.g. too much light, too much fert, etc. So why is the suggestion to add more ferts? Is it to try and increase plant growth at the expense of algae growth?

AlanRR said:
In that case I better ask the all important why question! When looking at the tank growing algae my instinct was that it was because of too much of something e.g. too much light, too much fert, etc. So why is the suggestion to add more ferts? Is it to try and increase plant growth at the expense of algae growth?
Click to expand...

Hi Alan, what setup are you running. if you can give us an explanation of your tank size, filtration, lighting, what water you are using i.e tap and do you treat this? or r.o and do you remineralize?

what plants, livestock. basically as much info as you can mate.

most, if not all fresh setups go through a diatom phase known as the tank cycling. there is so much going on during this phase. so as much info as possible mate. I'm sure someone will be able pipe in & help you out pal
Last edited: 5 Apr 2019
A

Thanks for the input. Are you a Bongo owner by any chance (as in the campervan)?

I am running a 60l tank that is now 3 weeks old. It is a lidded tank which initially had a single strip led light in it but I upgraded this to a double strip. I don’t have a PAR reading for it but it seems quite bright and only sits a cm or two above the water.

I initially started with a little internal filter but replaced it 10 days ago with an Eheim Experience 250 which is rated at 700l/hr. it is connected to a spraybar across the rear of the tank and most of the plants in the tank are swaying in the flow it creates. Within a couple of days of introducing it I’d killed off all of my frogbit, presumably because I’d pointed the spray to create too much surface agitation. I‘ve since lowered it a bit.

I have been doing almost daily 50% water changes and am fertilising daily with The Aquascaper CPF. I am using tap water which is quite soft (according to Yorkshire Water it has
9.3mg/l calcium). I measure TDS at 150uS. 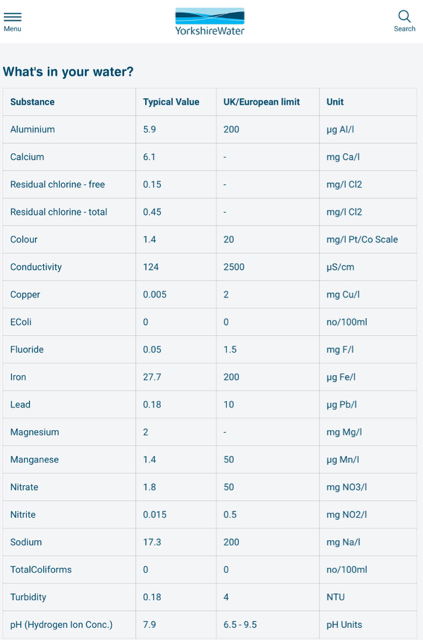 I’m not injecting CO2 but am wondering about using some Excel in these early stages to promote growth.

I planted it with the following 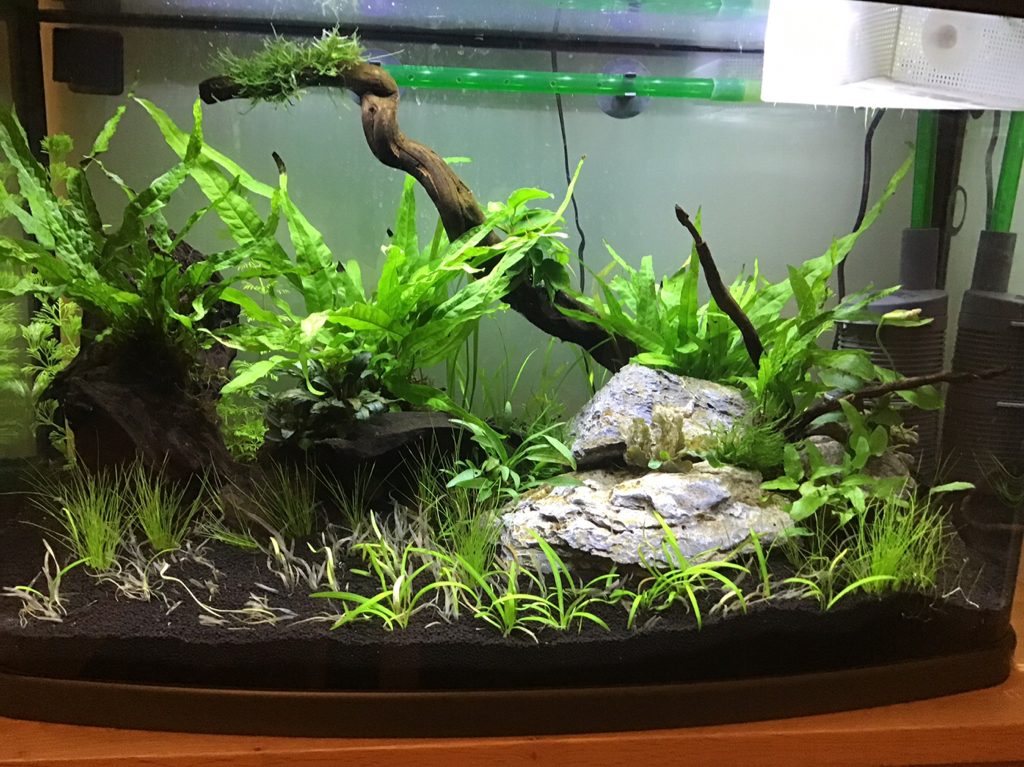 Most of the sag has melted away and the crypts and one of the buces look very ropey though the buces is finally showing signs of a new leaf. 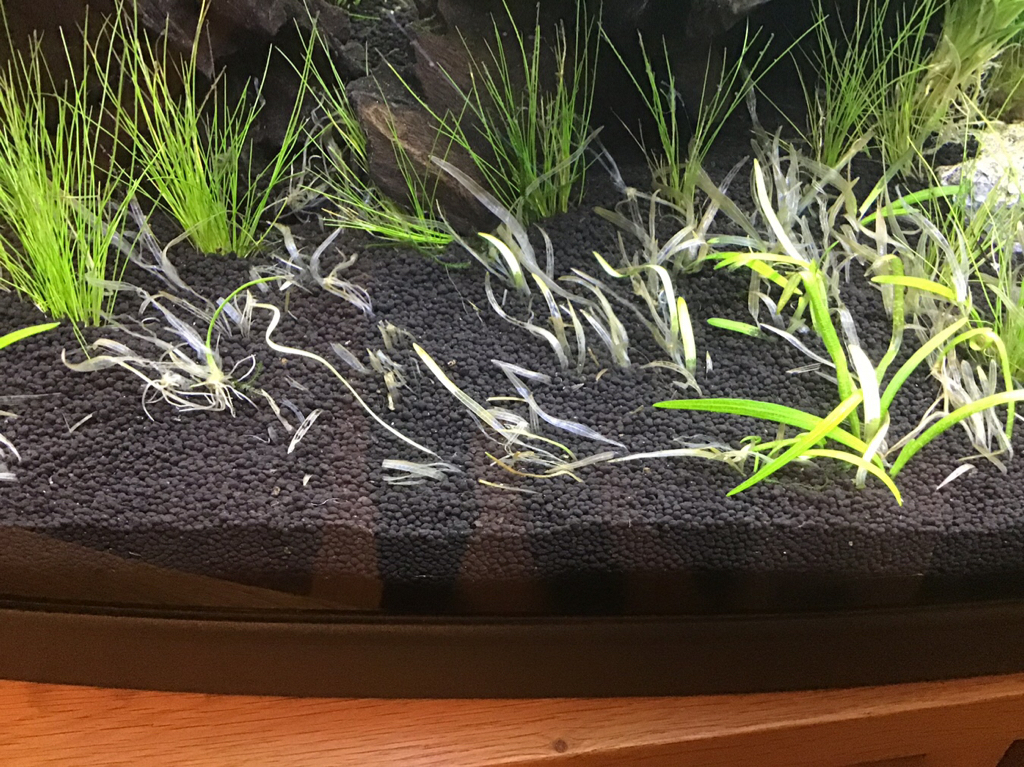 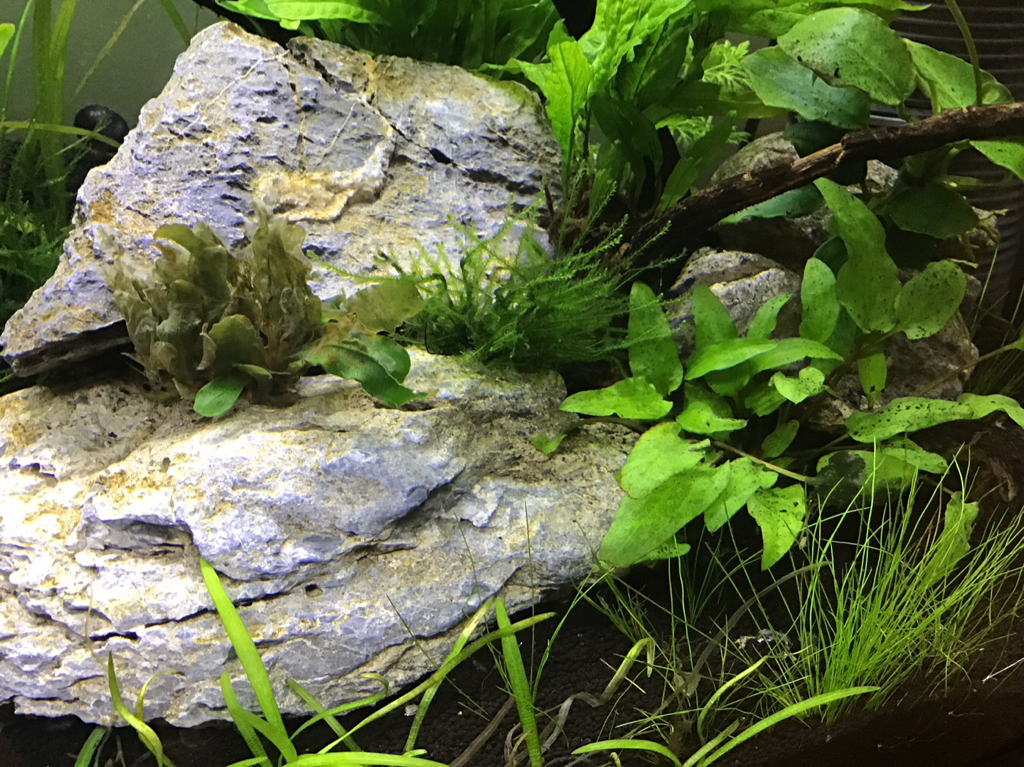 What look like black spots on the crypt leaves seem to be small translucent patches when I removed one from the tank for a closer look.

The only critters in the tank are 2 nerite snails that were introduced 2 days ago.

Things look a bit grim at the moment with the melt and the muck that I was initially asking about at the top. I‘m hoping it is just normal setup cycling and will calm down but just wanted a bit of confirmation and any advice available to help things along.

lol, I aint a Mazda van owner, however hopefully I can point you in the correct direction, first of all you can't just change your tap water with your tank water.
Local tap water is treated to make it safe for you and me to drink however it is not aquatic friendly in tap water form and needs to be treated in order to be used. Either reverse osmosis (reminoralized) or using something like sachem prime.
Some of your plants need to be pulled out as they are dead mate, mainly the grass white looking ones.

Keep going with the 50% WC but treat the water first with prime or eqiverlent.
A

Thanks mate. I am treating the water with a conditioner before introducing it to the tank. Yeah the sag looks pretty dead so I’ve been trimming off the leaves but leaving the roots in case it does a Lazarus.
You must log in or register to reply here.
Similar threads