Hi all, I have recently set up a 100 litre hilstream tank that houses 3 Sewelia and 5 white cloud mountain minnows.

I do have many algae covered stones for the Sewelias but just to be sure I throw in an algae tablet every now night. The problem is that I now have more than enough MTS snails,along with Ramshorns and a great deal of Caridina shrimp.

My question is how do I keep the snail and shrimp polulation in check without starving the Loaches?

Since it seems like you do want the snails but not that many then I would say you need to reduce feeding. You can remove some manually to temporarily reduce their numbers but if you keep feeding more than what is consumed by the fish then they will continue reproducing. Same for the shrimp.

You could add 1 juvenile Clea Helena. Emphasis on the 1 else they will reproduce and sooner than you expect you will have no more snails other than the Clea Helena.

Can you show us a picture of your tank?

Hi, I do want to have some snails. I need MTS to aerate the soil since this is a dirted tank and I also like my blue Ramshorns.

I wouldn't think I overfeed since as I mention I throw in a Hikari algae wafer just for the Sewelias. I see the fish eating the wafer but after a while the wafer is covered in snails and shrimp.

Something also I ' ve been wondering is whether snails and shrimp maybe compete for food with my loaches as they can all feed on algae. So far the three loaches are fine ( used to have another two which did not make it when I moved to another city). I am going to add at least three more as soon as they are back in stock.

Here is a horrible mobile pic of the tank on the day it was setup. It is an Aquael Leddy 75. 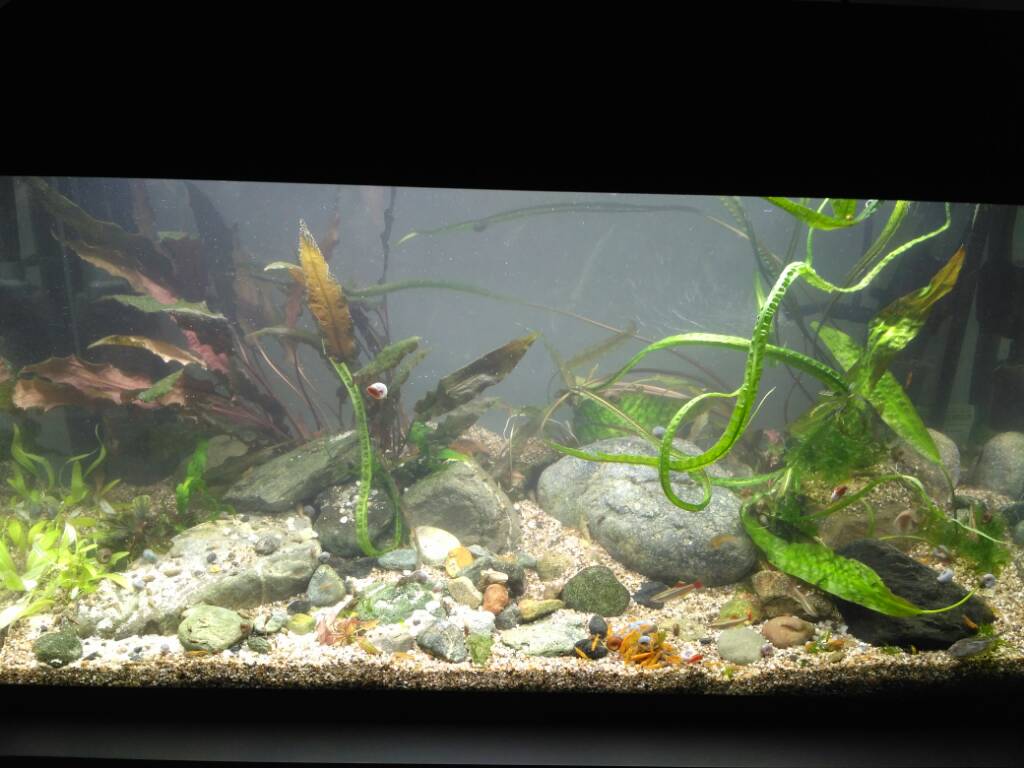 I’ve found sewellia will eat anything and aren’t actually very fond of algae at all. Mine prefer tetra prima and other meaty foods such as frozen food.

I’m not sure how long you’ve had them but after a while they’ll be one of the first to the food. Try a small sinking granule that both the minnows and the loaches can eat and it should reduce the amount of excess food left for the snails.

Conor
You must log in or register to reply here.