What is a good moss for clinging to wood after removing fishing line? I have 2 mosses on my wood at present (stop sniggering) and one of them has stayed behind and the other hasn't, obviously the one I liked best hasn't. I want to cover more of the wood with moss but want to be able to remove the fishing line within a few weeks and have the moss stay in place, recommendations please.

I found that Java Moss clung well to wood and rocks after a while.
I'm currently trying Weeping Moss and not sure if that's taken hold as yet.
My Nano Journal

my taiwan moss clung well to the wood and could not get if off. its a very nice looking moss too
thanks
sam

Superman said:
I found that Java Moss clung well to wood and rocks after a while.
I'm currently trying Weeping Moss and not sure if that's taken hold as yet.
Click to expand...

May i ask where you got your weeping moss from as i am struggling to find some at the moment?
M

Definitely weeping moss IME. Mine has started growing up the glass at the back of the tank!
Andyh, there is some weeping moss on ebay atm if you're interested...
Thanks, Jo xx

Superman said:
I found that Java Moss clung well to wood and rocks after a while.
I'm currently trying Weeping Moss and not sure if that's taken hold as yet.
Click to expand...

May i ask where you got your weeping moss from as i am struggling to find some at the moment?
Click to expand...

I managed to get some off a forum user under the "pay it forward" scheme. When I have cuttings, I'll be offering them up on the forum under the same terms. I would of thought I'd have some in the next few weeks.
My Nano Journal

Hi all,
I've also got a couple of unknown aquatic mosses. They both have capsules, so I wondered if someone might like to give me a probable I.D. Both mosses are happy without CO2 or feeding, and have grown in a small tank (20l) on a north facing window sill with an additional 3 x 8W 6500K T5 "Boyu" light. The tank contains Cherry Shrimp, MTS and a couple of Assassin snails. 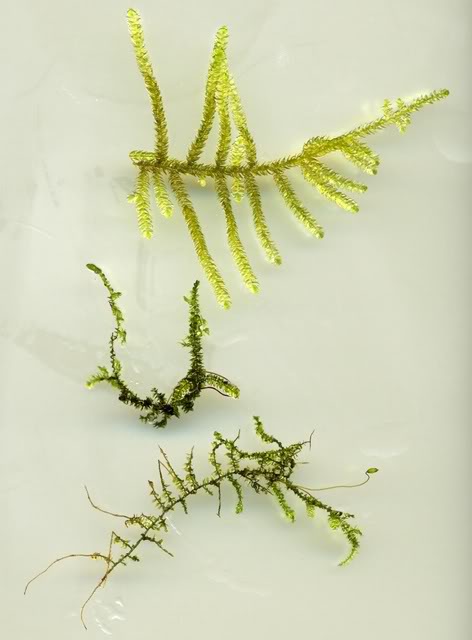 Moss 1 creeps across the wood etc, and fastens on really strongly, even to the aquarium glass, it forms loose mounds and I had thought that it was real "Java Moss" Taxiphyllum barbieri, but that apparently doesn't "fruit" in captivity.I now wonder whether Singapore Moss - Vesicularia dubyana is more likely? 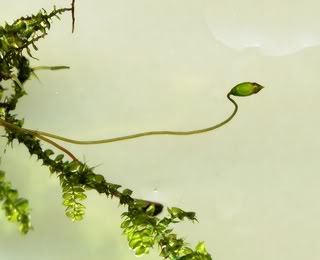 Moss 2 is a much lighter green, and forms great "cushions of feathery fronds. I wonder if this another Taxiphyllum, as it has a soft texture.
Moss 1 capsule 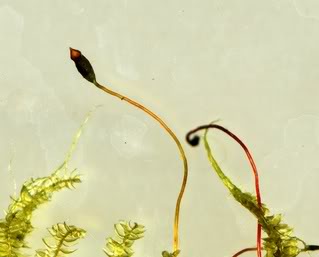 Darrel
I'm not an expert but the first one looks like Xmas moss. Mine attaches to wood and stone very firmly and propagates quickly. I use EasyCarbo. I have some in a jar next to the aquarium, ambient temperature and seems to survive (4 weeks now).

So the OP: XMass moss is a good for attaching to wood.
Cheers
Antoine

Thanks Antoine,
That does look promising, http://www.aquamoss.net/Christmas-Moss/Christmas-Moss.htm
I'll see if I can get a picture of the cell structure.
cheers Darrel

Hi all,
Are there any suggestions for the other moss]?
A thought was it might be Peacock moss http://www.aquamoss.net/Peacock-Moss/Peacock-Moss.htm.
cheers Darrel

Hi all,
Just to re-open this thread as I've taken some microscope pictures of the "Peacock moss" "leaf" (microphyll). 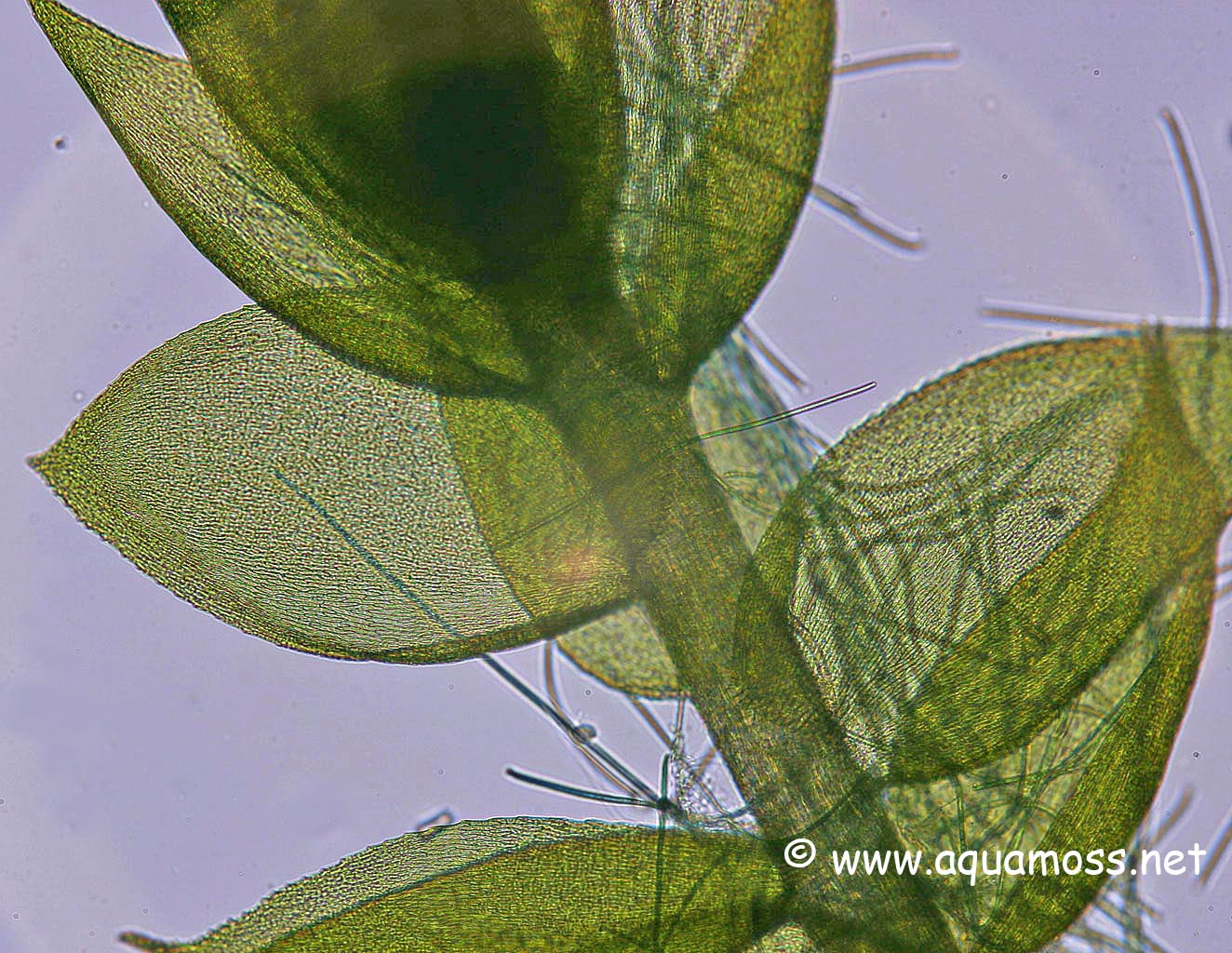 and here's the cell structure of my "Peacock moss". 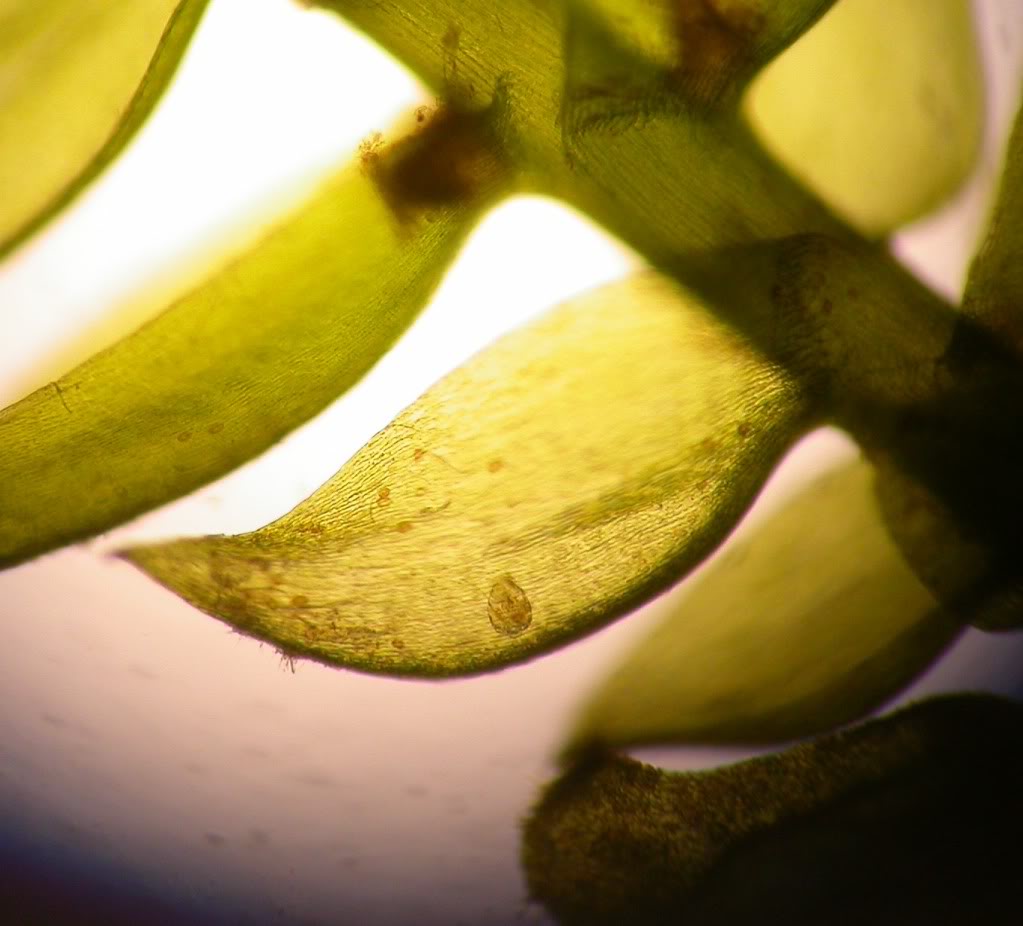 So that would suggest that "Peacock Moss" is the right I.D.