Thanks Dan and Lauris
I will endeavour to update the journal this week.
Regards
Roland.
The Fish Tank
Journal:- - My First Ever Aquarium Juwel Rio 180,

Thought I would post an update on this journal as I have been focusing on the shrimp one for the past few weeks.

The fish tank has been operating pretty much perfectly.

I do feel that the Hydor power head is a bit powerful as the plant at the back is clearly growing to the right as the water current is a clockwise motion. I know this is not ideal as it should be a spray bar along the back facing forward and the current hitting the front and going down. 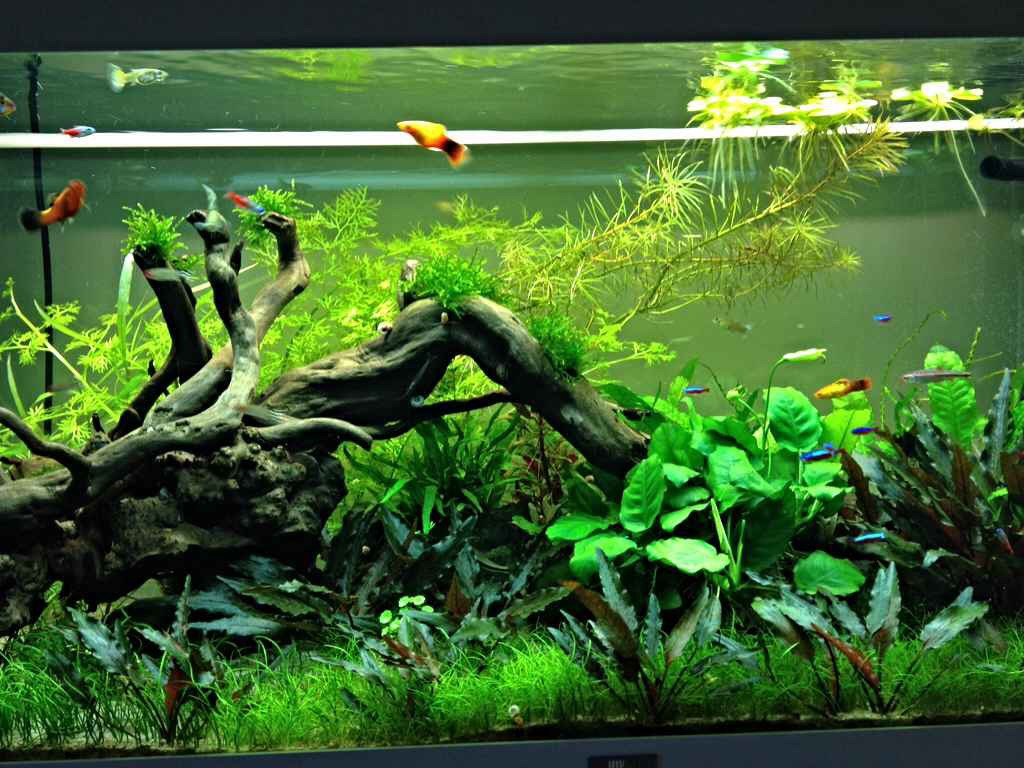 The other news is my plant the Lindy sent me in the post is slowly growing nicely without any algae. 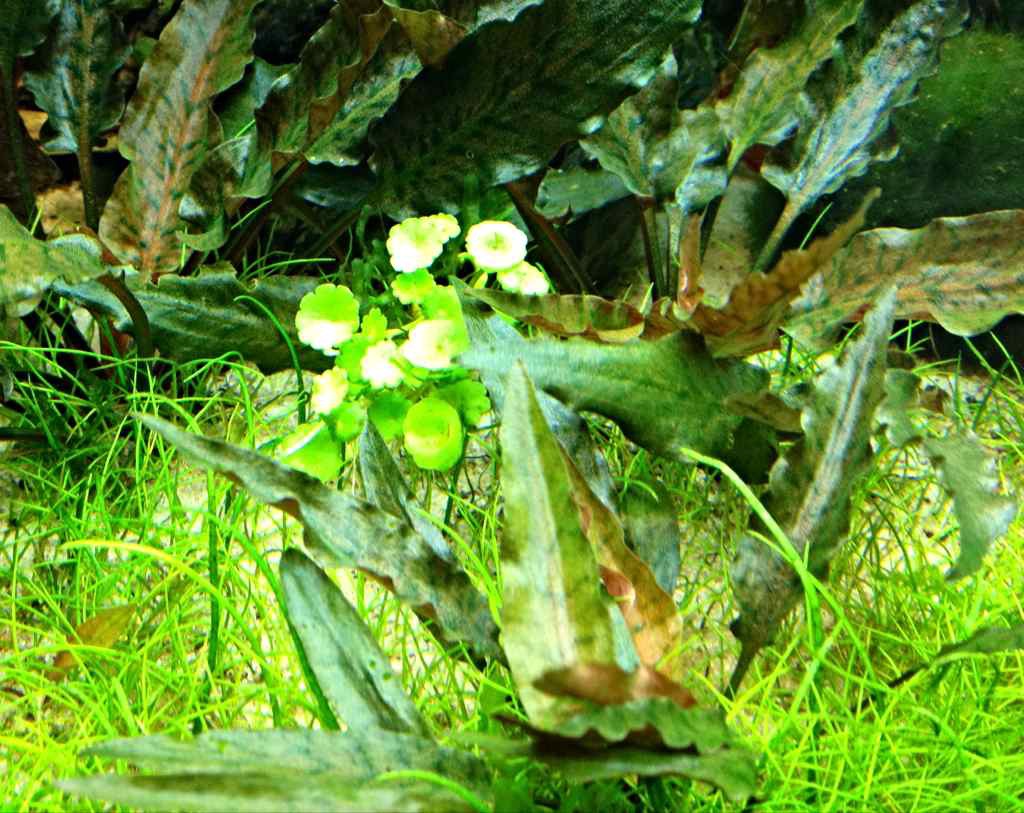 Your tank is looking great, very mature. The plant I sent is Hydrocotyle verticillata. It has grown really well.
Cheers, Lindy

Thanks Lindy. Mature is one word for it. It certainly has a mind of its own in what grows etc. But after all it was for me an experiment to see if I could create a planted tank, actually grow some plants, see which ones grew and and at what rates. For example my early attempts at HC were good then they deteriorated and I have to rip it out. But I believe it was all down to lack of flow and getting ample CO2 to that level of the tank. Reckon if I put HC in again I would not have the problem.
I think over the next 6 months I will look at a new scape, and put some thought into the actual layout itself and the plants that should go accordingly. Also would like to have the right type of plants from a particular part of the world and the relevant fish to go with it.

As for Hydrocotyle Verticillata, it is a slow grower. At first I thought it wasn't going to grow at all, but it has grown, even at the bottom of the tank and I like the delicate leaves it produces.

Back in London tomorrow with some time to spare so as well as getting a haircut I think I will pop into ADC for a mooch around.
R
The Fish Tank
Journal:- - My First Ever Aquarium Juwel Rio 180,

After reading all of your Shrimp Tank Journal, I felt the need to have a nose into this one and it's just as informative!

Thanks Ottos72. Glad they mean something to someone!!
The Fish Tank
Journal:- - My First Ever Aquarium Juwel Rio 180,

LondonDragon said:
This one is taking shape nicely update time!!
Click to expand...

Thank you sir.
Although it's not quite the designer aquascape I see from most people on the forum it has been fun to experiment with the plants, their growth rates and styles. Also seeing how the fish take to the new hidey holes.

Especially interested seeing how the little cutting of Hydrocotyle Verticillata Plant Details that Lindy sent me is growing. 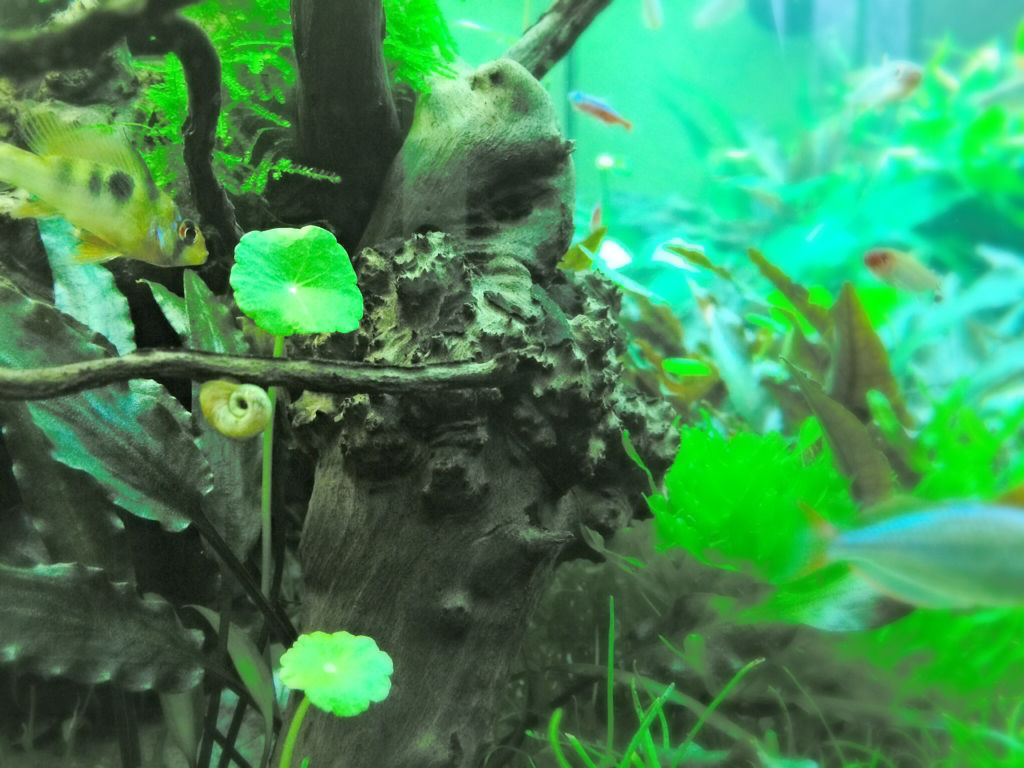 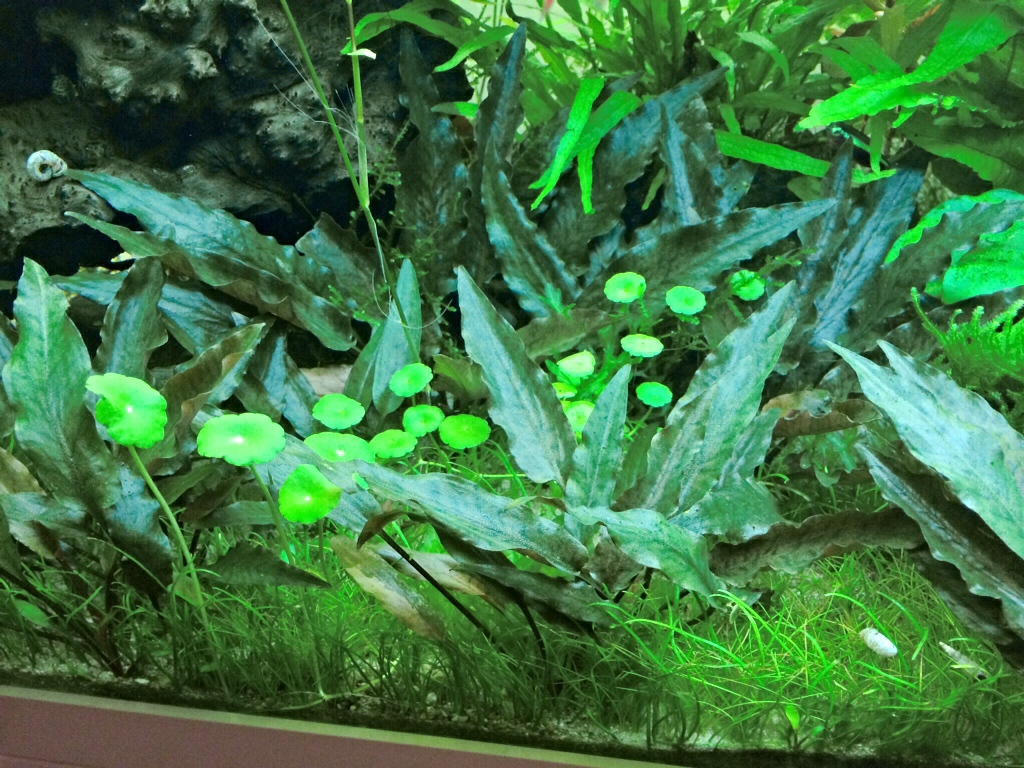 Belting tank rolymo. This was one of the first journals i read when i joined. Its great to see a complete novice start their first tank and a year and a half later you have a beautiful tank of healthy plants and a nice tank with sensitive shrimp too
Well done

Thanks Andy. All learnt from this great information rich forum.
The Fish Tank
Journal:- - My First Ever Aquarium Juwel Rio 180,

Got an update for us rolymo ?
About time 90x45x45
MiniMal / few scapes in one place
Low tech

Hi Tim. I shall post tomorrow.
The Fish Tank
Journal:- - My First Ever Aquarium Juwel Rio 180, 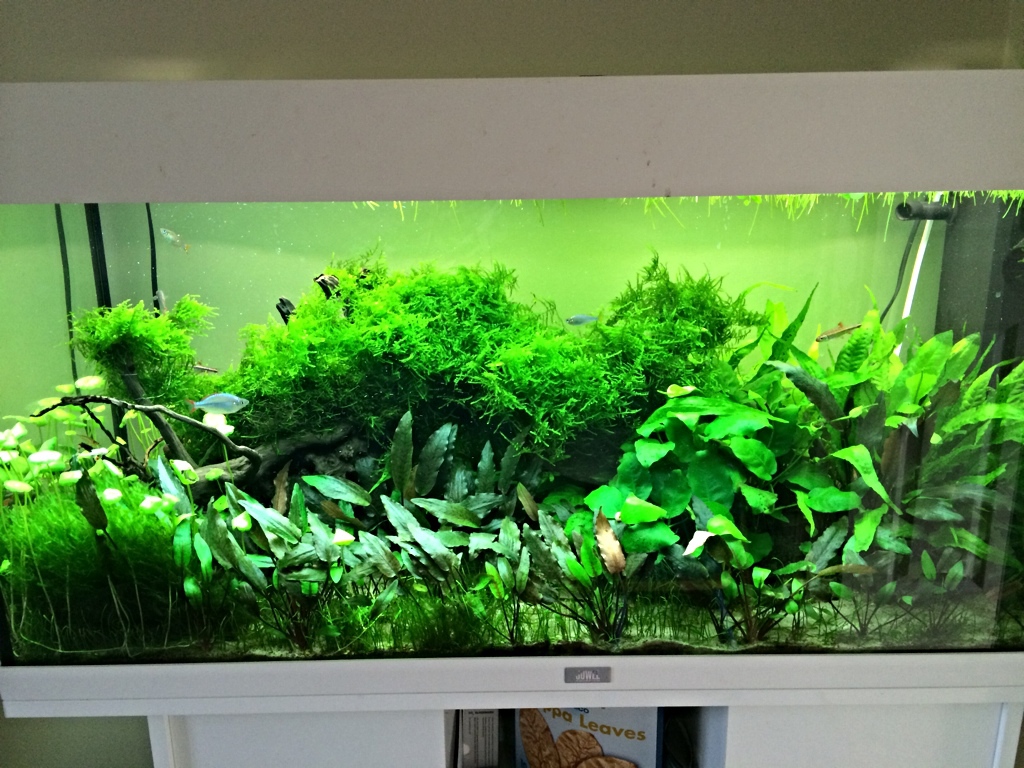 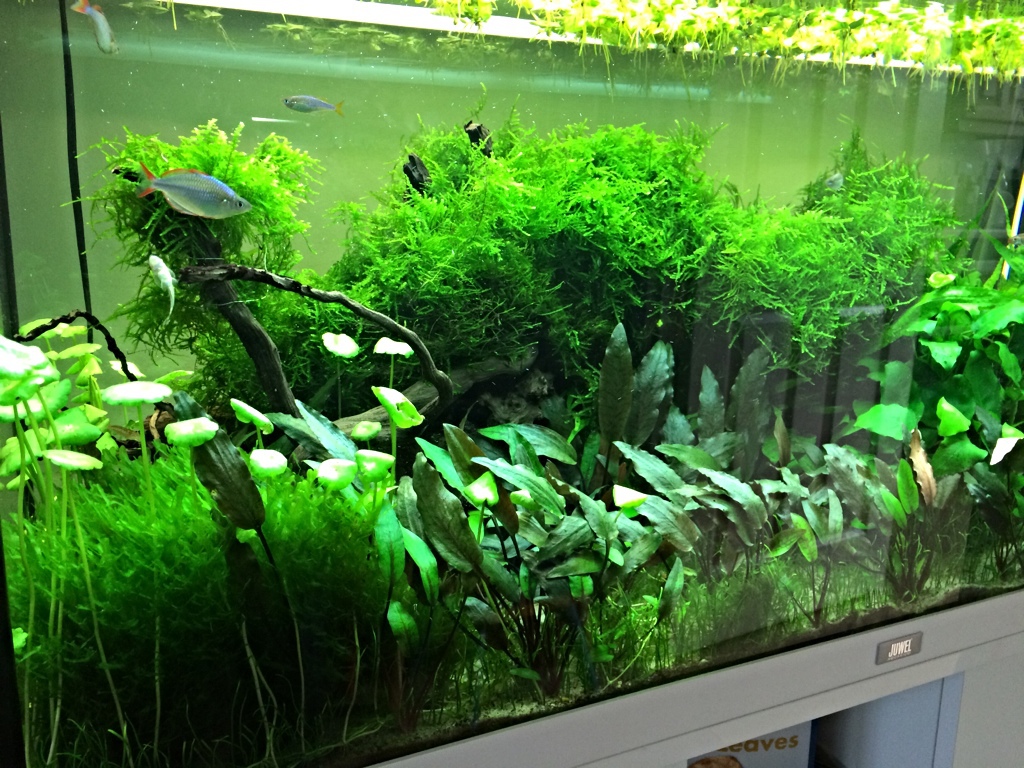 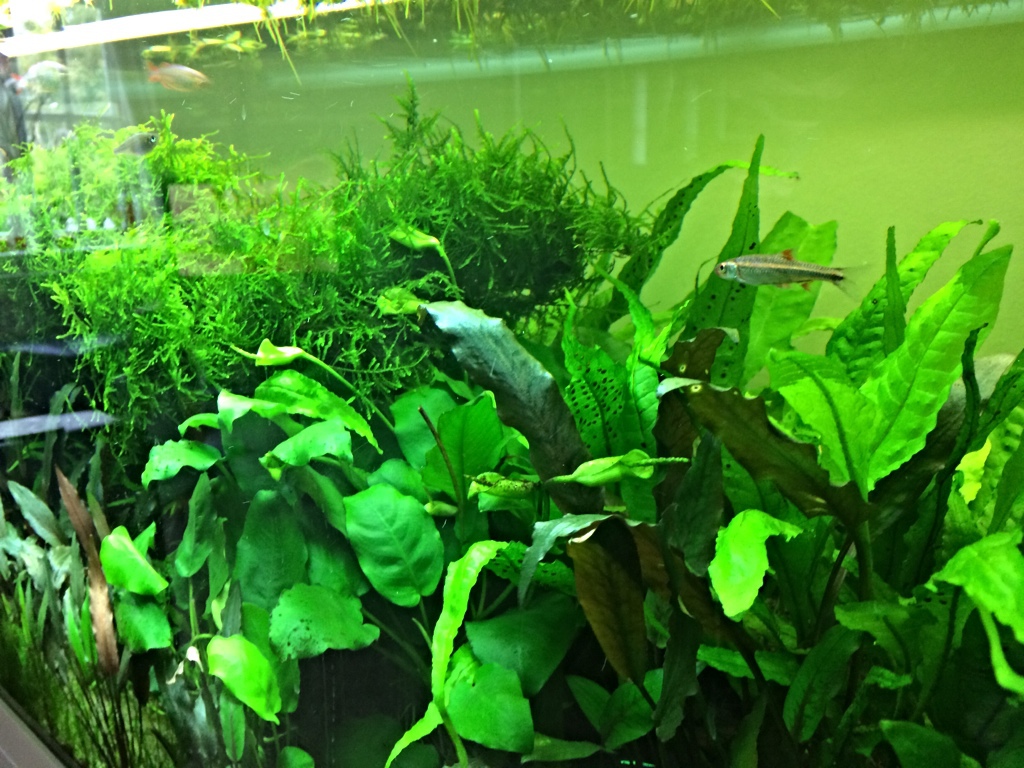 Clearly everything has grown. Some of it has taken over and thinned out the grass carpet. There is now huge amounts of places for the fish to hide.

The wood still wants to float after nearly a year submerged.

Going strong as is the fish tank.

I have learnt a lot over the months. In leaving the cleaning routine and it's effects. And also lights out for periods of time due to no Co2 and it's effects. But I have managed to bring it back to order. Apart from it needs a good thinning out.
The Fish Tank
Journal:- - My First Ever Aquarium Juwel Rio 180,

Sorry for not posting in a while. Have been changing jobs and houses and concentrating on keeping the family together. But I thought I would post today a quick post as over the last 12 months I learnt some more stuff again using my eyes.
So I, as I imagine many let the tank go. I watched over time. The things I did that I believe were wrong were as follows:-
So what did I observe when I cleansed my soul of laziness and came to my aquatic senses?

Well I did a major water change and clean 4 weeks ago and saw the effects of the above.

Fish were mostly all there but no sign of any Amano shrimp. Snails had gone. A couple of my daughters Platy's were no more.

Moss of which you can see in the previous picture had gone wild, had actually died underneath the green top layer. This causes lots of bio waste.

Any grass carpet I had was gone.

Lots of leaves with algae on.

GULP!!! Slapped myself in the face to jolt myself back into reality and into the hobby.

2 weeks later and more major water changes, plants seem to be responding. Fish appear to be happier. The tank look crystal clear again.
Last week I went to the LFS and treated my daughters to 3 Tuxedo Platy's and myself 4 Colbalt Blue Gourami's (staged over a week)

The buzz and hubbub in the tank is amazing. Fish swimming around lots, eating nicely. Anubias is sprouting new shoots, moss is slowly growing.

Back on the road to recovery.
So what did I learn. Simple
CO2, Ferts, Intense light, water changes and cleanliness are king. Get it wrong and the tank starts to suffer and you spiral out of control. Luckily I have this forum to thank for the help in understanding the rough basics and for having a 180l tank which I believe slowed down the effects of poor routine and maintenance.

Onwards and upwards. Might even get some rock and change the layout soon.

I will update my shrimp tank on the appropriate thread.
Cheers for reading.
R
The Fish Tank
Journal:- - My First Ever Aquarium Juwel Rio 180, 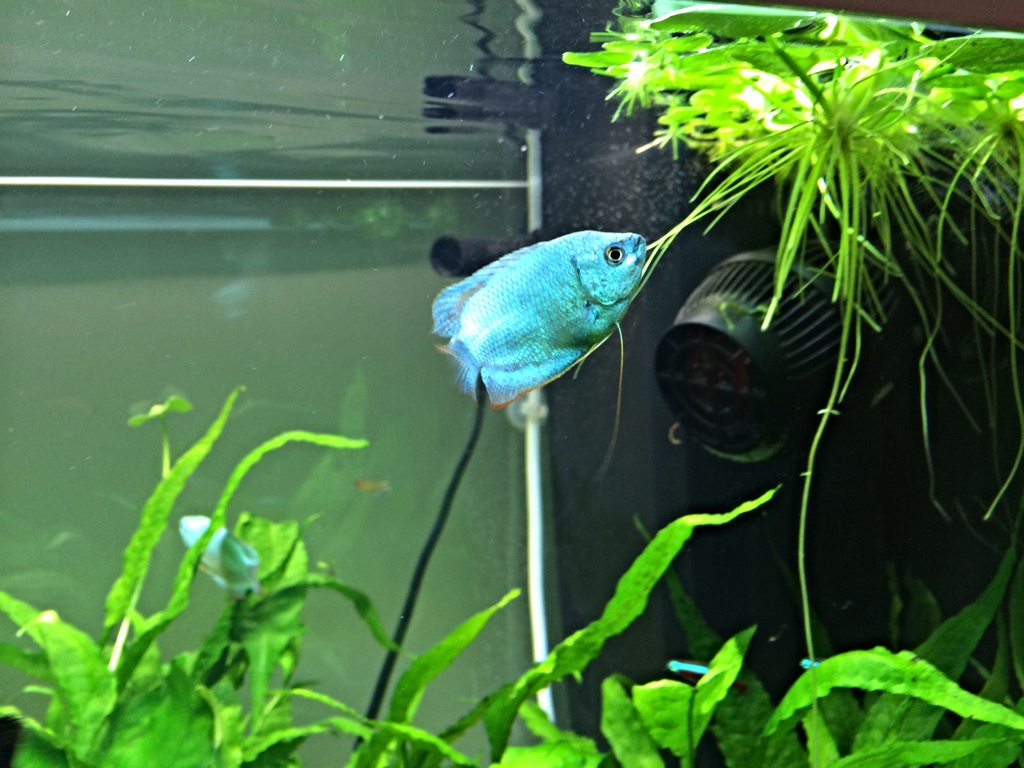 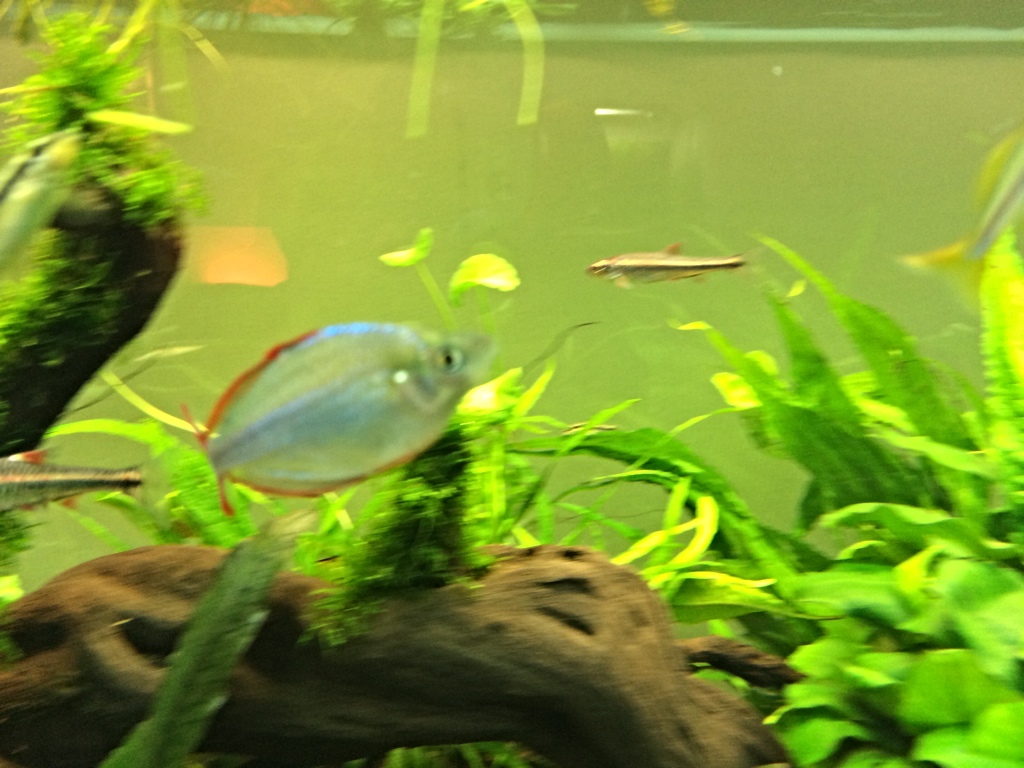 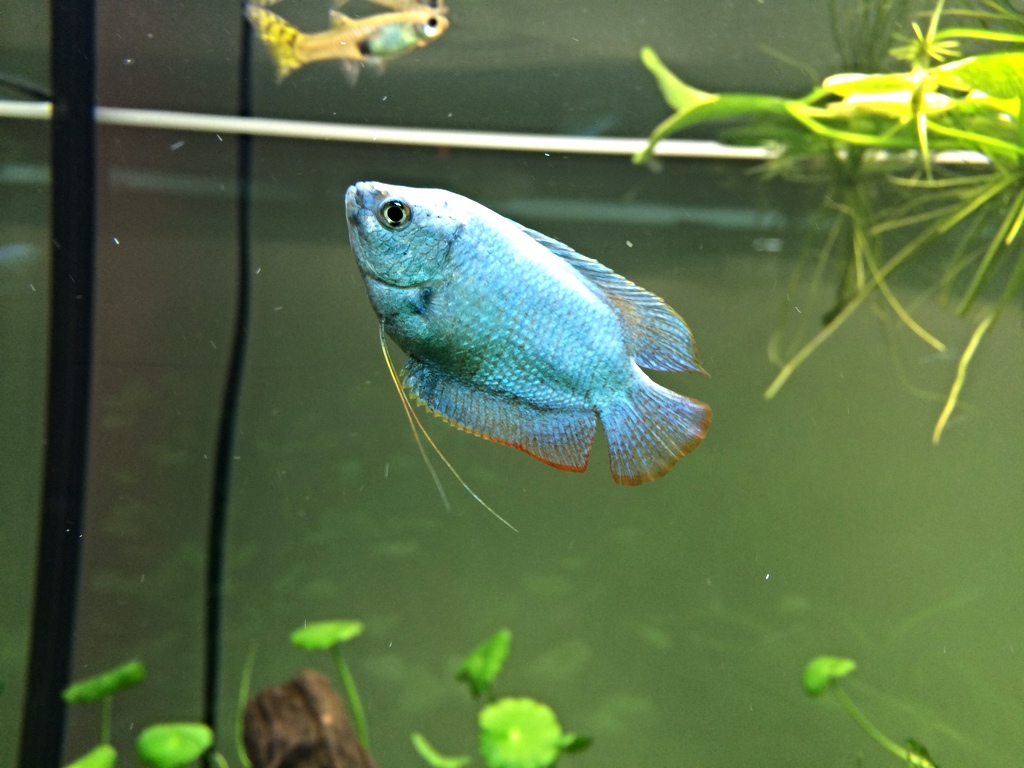 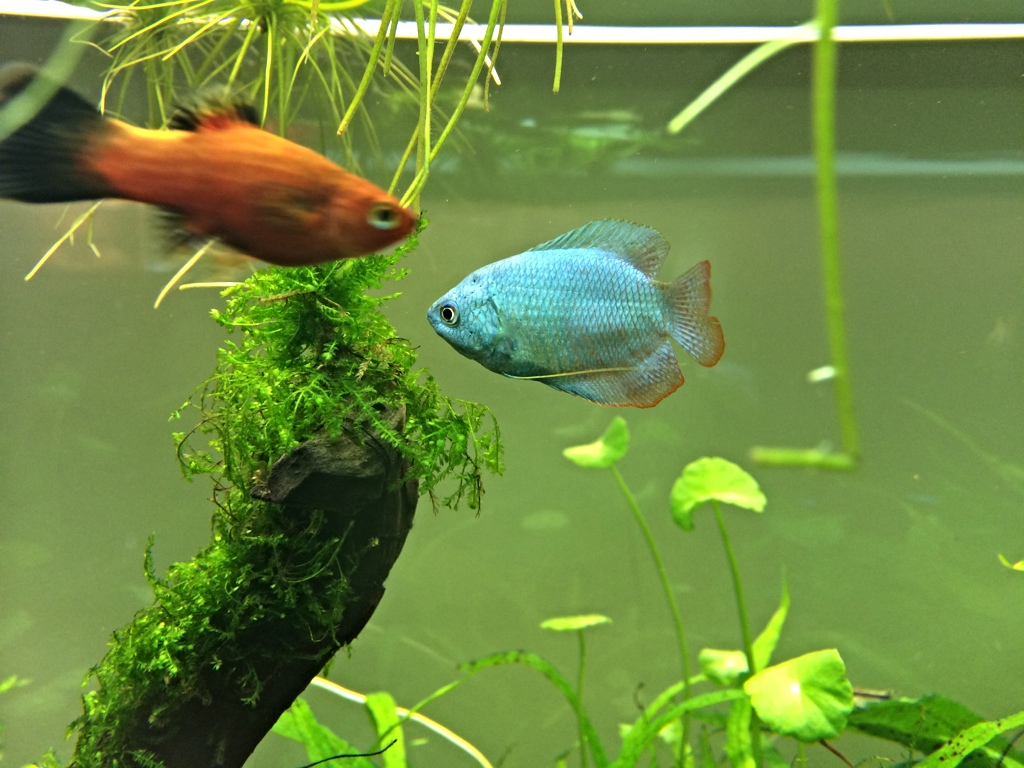 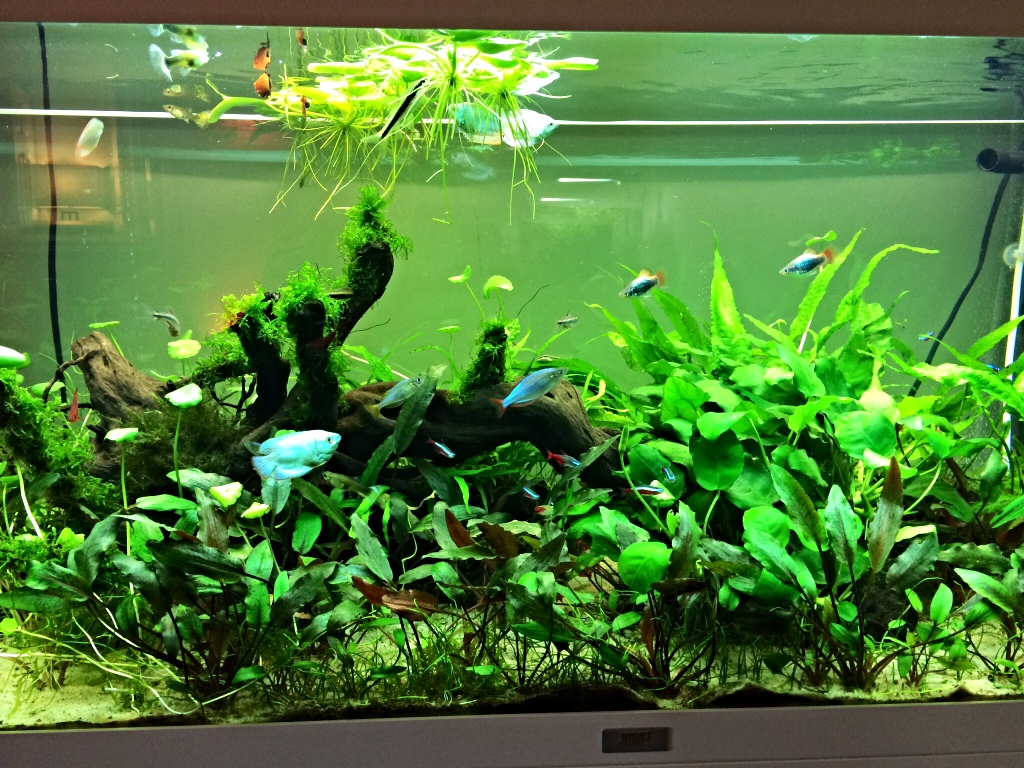 The Shrimp Tank
Journal:- Oooooh My First Dedicated Shrimp Nano
You must log in or register to reply here.