No worries, no i understand, but you've grasped everything so well and it looks lovely!

Glad the move went well and there was no deaths in the family. Yeah heaving buckets aroumd is hard work, have a really good look on youtube, there are many many many ways of doing water changes without buckets, many of which are cheap diy's that work fantastically, have a good look mate.

As for the wood, it really does depend on the wood, i bought some driftwood, i boiled it for 2hrs, soaked it in normal tap water for 1 week the soaked it in dechlorinated water for a further week and job done! It leak a little bit of tannins for a month or so ut nothing major, then i started using actvated carbon granules in filter bag and it soaked it all up, spot on! The fish love the wood and it looks awesome, also home to java fern and java moss!

RolyMo said:
Birthday soon, so I am thinking a presents family can purchase.
After a year of doing water changes by the bucket, one feels a good present might be a pump to pump water from the sink to the tank and vice versa.
Click to expand...

The JBL u750 pump eg Great deals on pumps and aquariums at zooplus: JBL ProFlow Universal Pump u750 takes a standard hose pipe pushed on its output and 16mm PVC pipe on its input. A couple of cm length of PVC pipe on its input allows it to pump the last remaining drops from the bottom of containers.

I have used it to pump "warmed" dechlorinated water from 40litre buckets in kitchen to tank in to the lounge. It is now used to pump syphoned tank water in a 40litre bucket, onto front lawn (grass by window looks GOOOOOD in this hot weather ). Not the fastest of pumps, but has enough head to pump from floor level to tank height, unlike a lot of cheaper Chinese pumps.

When I pumped from kitchen to tank I used a remote controlled mains socket so I could turn the pump off when the tank was full. 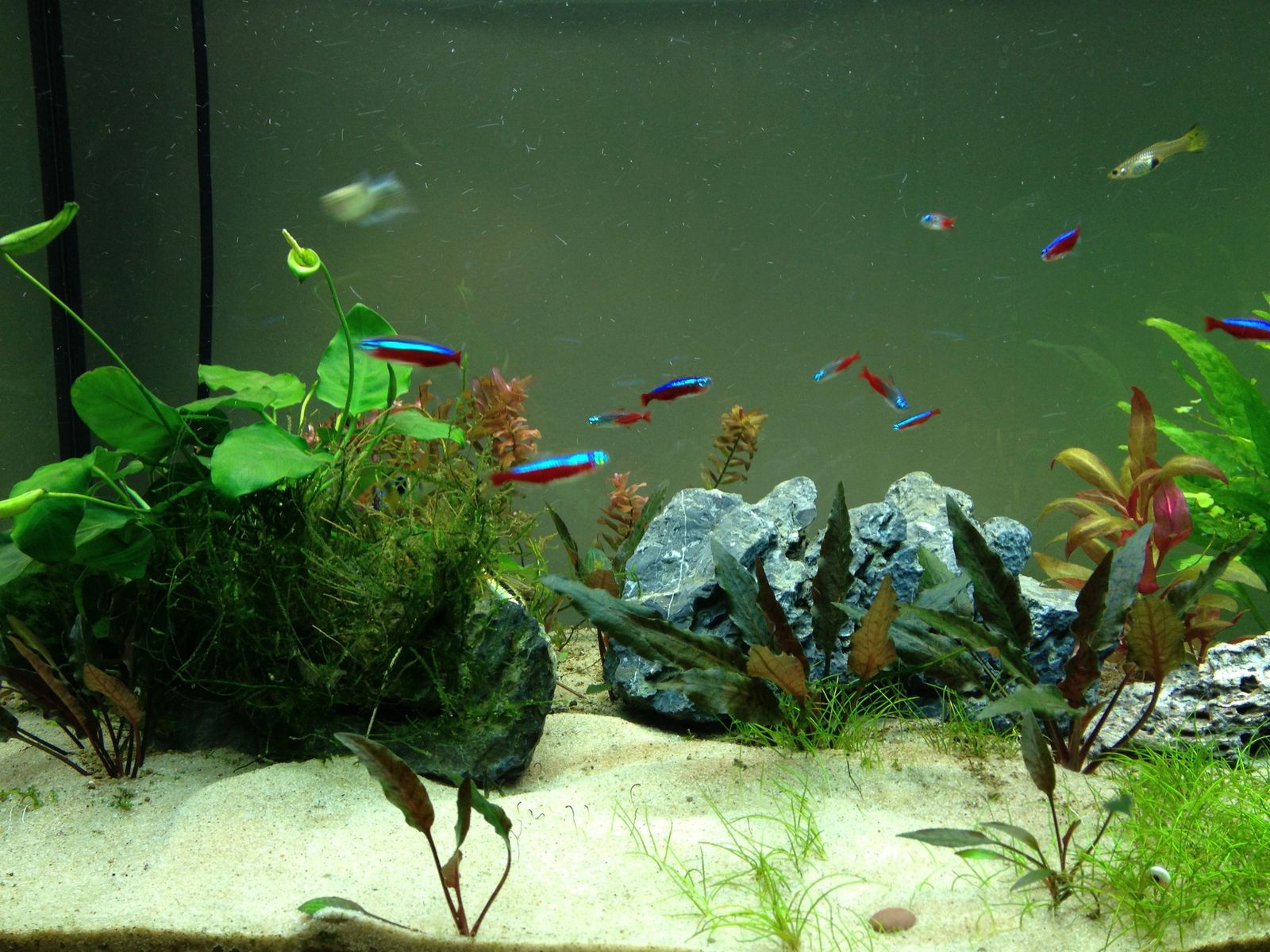 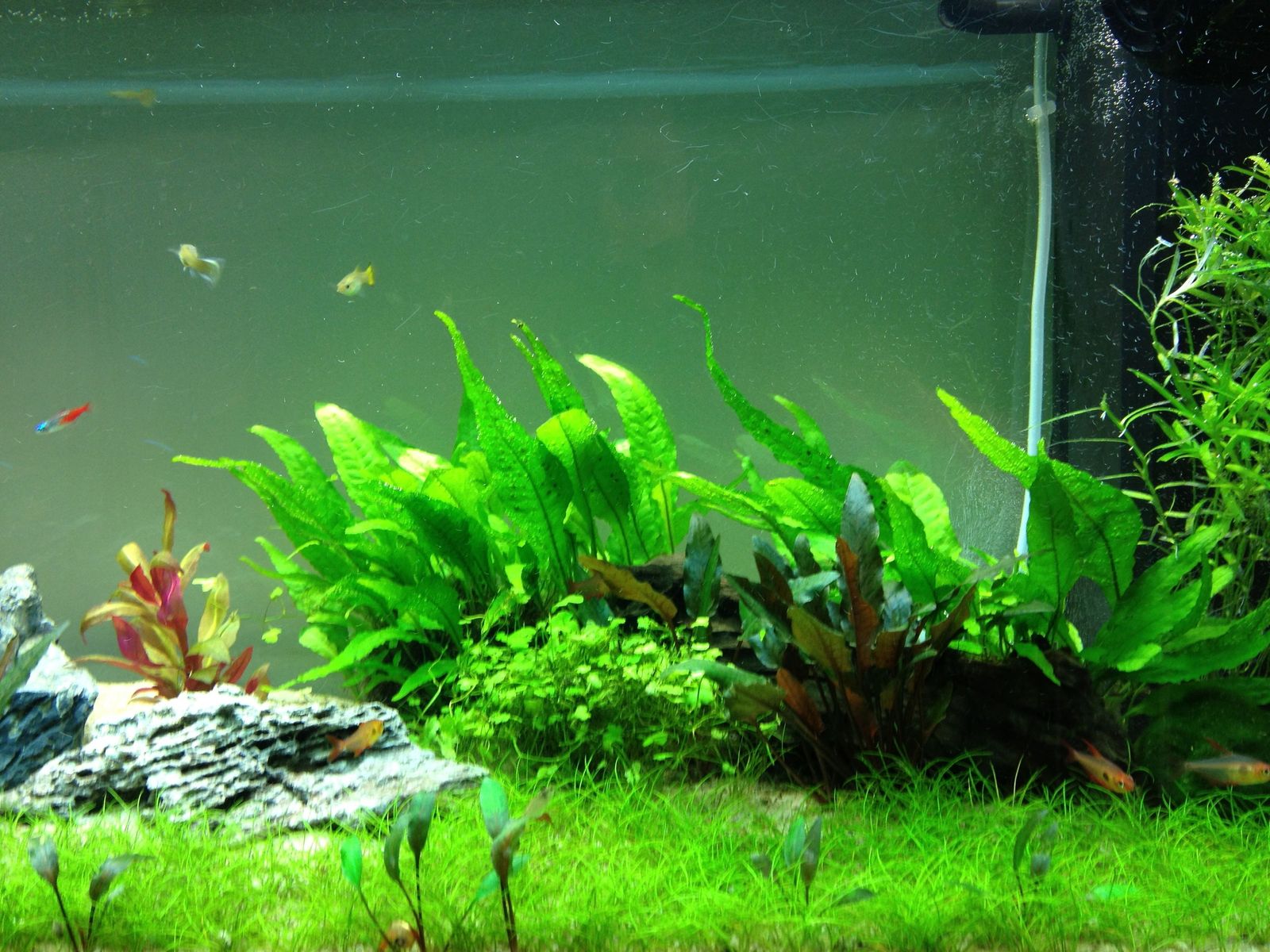 Looking good man, your java fern look super healthy, mine look bloody awful to be honest, keep getting alhar growing on the leaves.
Just bought myself some hair grass to put in, yours has taken really well as is looking good.

Fair play mate, its looking good. How much co2 you pumping in at the moment and how you findng the ei ferts?

Hi Darren
Yes the Java fern has as you say over the last couple of months really thrived.
As has the crypts which have started shooting up away from original location of where they were planted. Grass has recovered from the algae attack and is thriving, although I am loathed to trim as its such a ball ache to collect the grass clippings as I always miss some and feel I add to the organics issue which then improves the condition for algae.

Really now thinking about altering the scape to have much more a visual appeal as I have proved to myself that I can keep some plants and fish alive.

Hmmm 1 week holiday coming up. Need to think about how to dose EI and feed fish.

Thanks for the suggestions on pumps and setups. Will research, as I got some BoE (Bank of England) vouchers (money) for my birthday.
R
The Fish Tank
Journal:- - My First Ever Aquarium Juwel Rio 180,

Oh and I forgot to mention that I think the combo of SAE, Pink Ramshorn snails, Ottos, and Amano Shrimp are probably helping with Algae as well. Hard to say.
The Fish Tank
Journal:- - My First Ever Aquarium Juwel Rio 180,

If you get wood tie it to some slate or rock after boiling. I boil mine then soak for a couple of days, give it a scrub then tie it down.
Cheers, Lindy

Oh for sure, that combination is like sending russia into lichtenstein! Lol. Algae have no hope! Just gave up my clown plec as he was ruining all my hard work. Thinking of getting 2 or 3 ottos, some kind of snail and a few more shrimp, although my cherrys have just bred again, (like bloody rabbits) only had them a few months and this is the second batch of babies! Haha.

Daz2162 said:
Oh for sure, that combination is like sending russia into lichtenstein! Lol. Algae have no hope! Just gave up my clown plec as he was ruining all my hard work. Thinking of getting 2 or 3 ottos, some kind of snail and a few more shrimp, although my cherrys have just bred again, (like bloody rabbits) only had them a few months and this is the second batch of babies! Haha.


That combo does seem to do the trick, but I am also checking to make sure I have dealt with the route cause.
The ottos are funny little things. I had 1 die early on, but I put that down to transport shock as I read somewhere they can be a little delicate at travel. They are also a nice size too, and don't seem to grow too much.
The Pink Ramshorns are great too.
I don't seem to have any shrimp breeding. The Amano's I don't expect to because you need them in salt water I understand.
The Cherries I have I hardly ever see. Supposed to have 10, but I see maybe 1 or 2.
R
The Fish Tank
Journal:- - My First Ever Aquarium Juwel Rio 180,

Woo Hoo.
Dashed out and spent some of my birthday money on some additional plants.

Had a slight shopping list in my mind. Get some wood, get some stones, get some new plants. Auto feeder, leaves from shimps.

But when I got to the LFS, that all went to pot.

Ended up buying some new plants, the last 4 on my signature, and stone the crows I was allowed to buy some forna without a water test. Apparently I was mistaken. They only sell fish after a water test to people with a new tank...... grrrrrrrr. All this time. Oh well.

So I nearly bought some black tiger shrimp but in the end I could not face paying all that money to have something go wrong whilst I am learning. So in the end I bought some Tennessee Shiners, which looked very nice in the tank. Fast movers and were quite tricky to catch.

Oh and some tetra pellets for whilst I go on holiday. Could not justify the cost of the Juwel autofeeder. Nearly got persuaded to replace one of my T5 tubes with some Arcadia Plant pro tubes which I have no idea if they would perform better or not.
So in then end I did not go wild, and still have some money left for something else later on........... SHRIMP!!!!!

Will post a picture of the Tenessee Shiners once they have aclimatised.

RolyMo said:
Nearly got persuaded to replace one of my T5 tubes with some Arcadia Plant pro tubes which I have no idea if they would perform better or not.
Click to expand...


AFAIK The Juwel T5 hoods don't fit standard T5 bulbs... Juwel have a slightly different sized bulb/fixture which locks you into only being able to buy from them.

I am now confused.
I agree that Arcadia do a bulb that fits the Juwel T5 hood.
But is there any real benefit from me switching 1 or both of the Juwel kit bulbs to Arcadia ones? Wattage looks the same.
R
The Fish Tank
Journal:- - My First Ever Aquarium Juwel Rio 180,

If your plants are growing why change. I dont think t5 degrade as much as manufactures and lfs say. I've got a tube in my nano thats nearly 2 years old and the plants are ok.
I think you could be right about lfs, they just dont know about planted tanks. mine used to be the same with me but they soon found out i know more than them and was quite happy to tell them. This might be your first aquarium but you've learned lots and now your starting to see the sales patter and poor advice in lfs. It wont be long before your giving them pointers and showing them your photos.
Cheers
Andy aka Big Clown
Andys 60l cube | UK Aquatic Plant Society - Andys HC propagator step by step | UK Aquatic Plant Society

I think the changing of lamps stems from marines where it's recommended to change every year as lamp loses its intensity.

Thanks Rich
I can understand that. Do they really deteriorate? Mine seem fine at the moment, if not displaying fish colour like the LFS but I get they may have different lamps to highlight fish colour than for plants.
R
The Fish Tank
Journal:- - My First Ever Aquarium Juwel Rio 180, 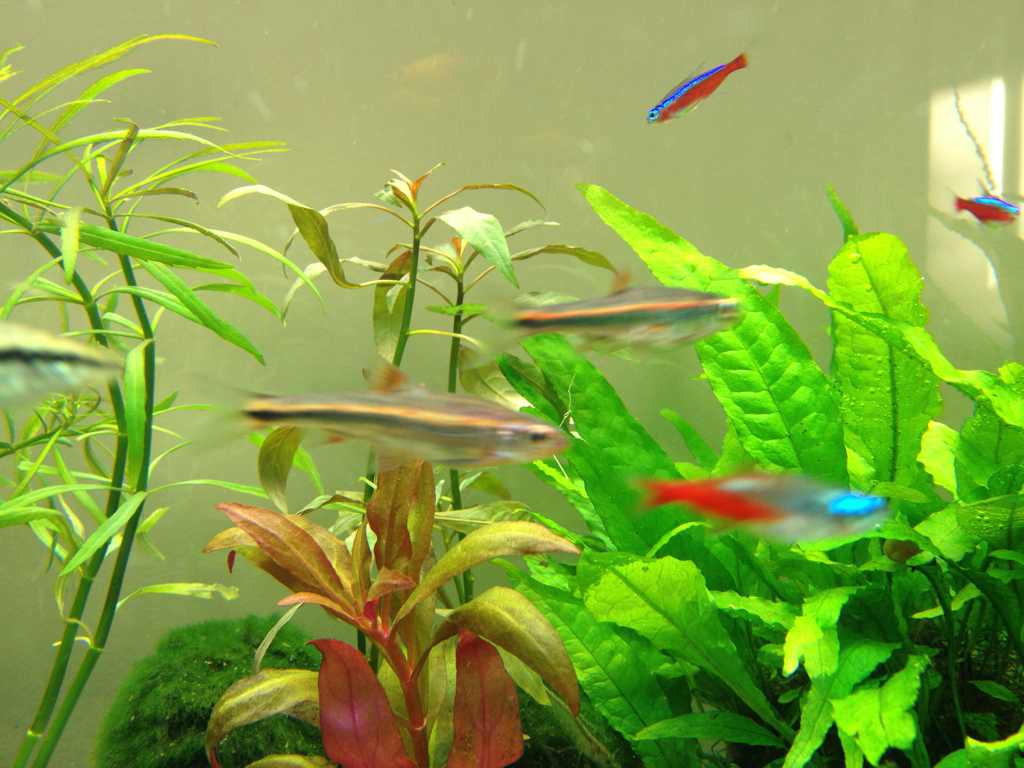 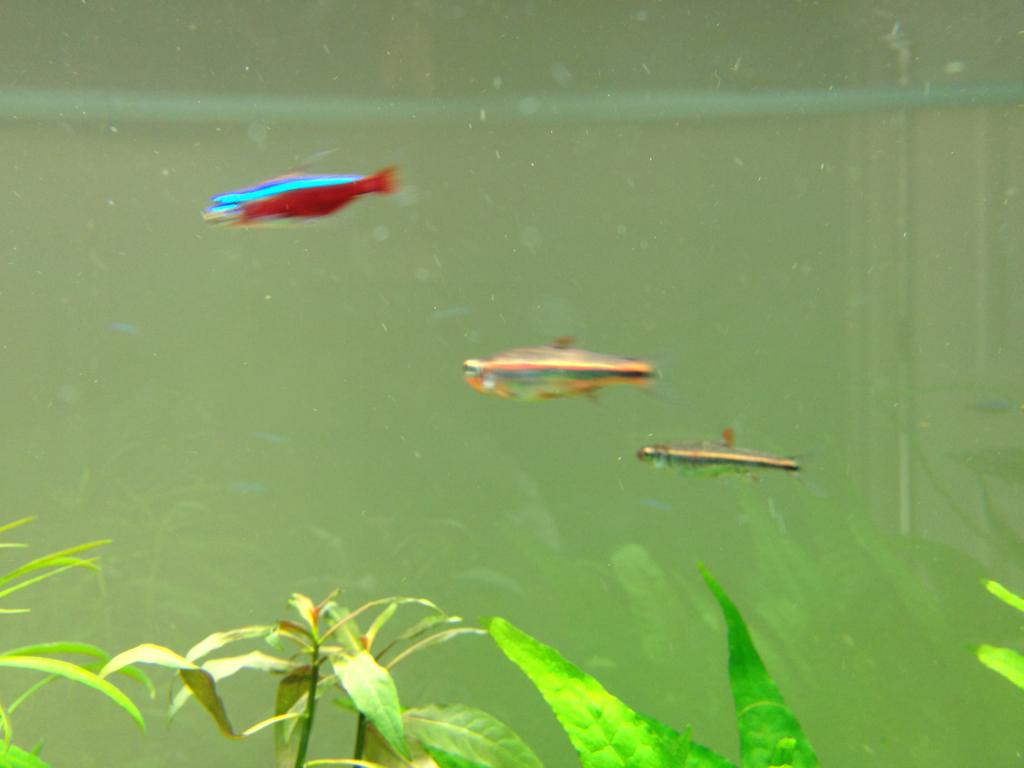 Will dig out the DSLR when I have found it after the house move. 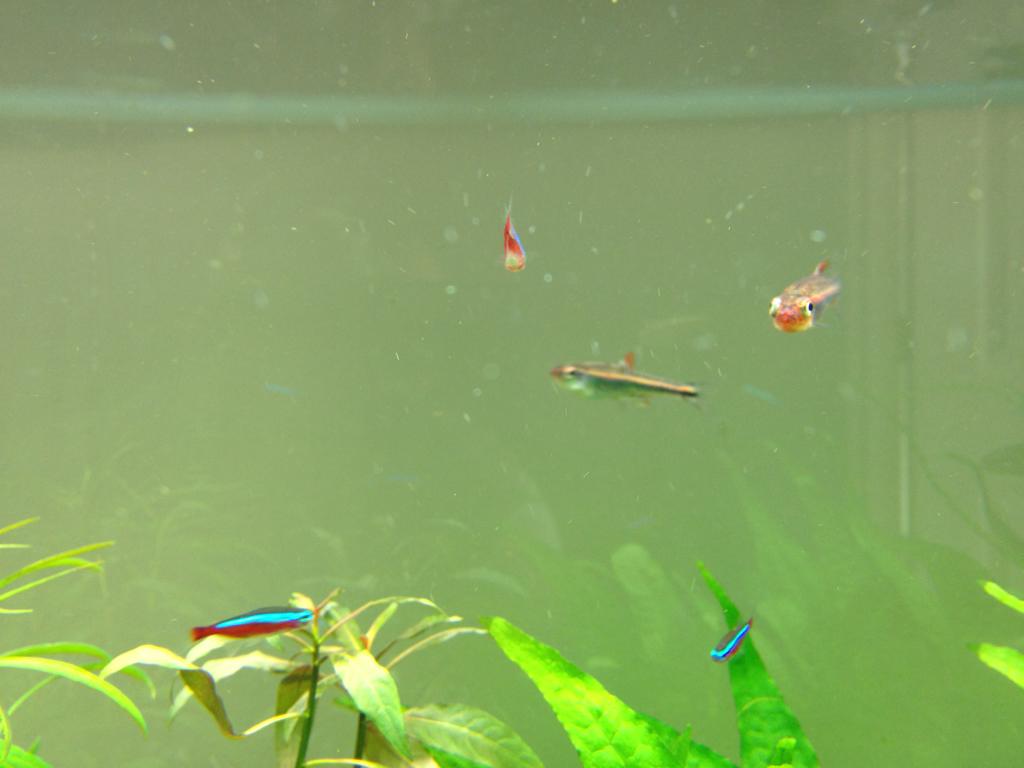 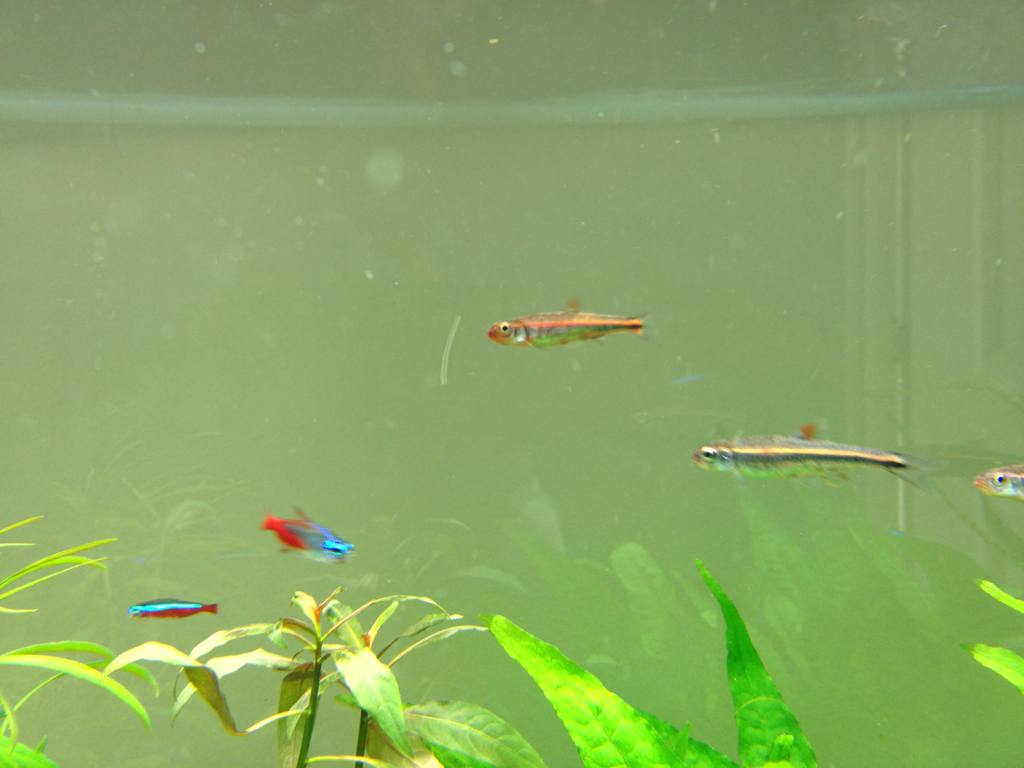 But first I might sink a couple of these. 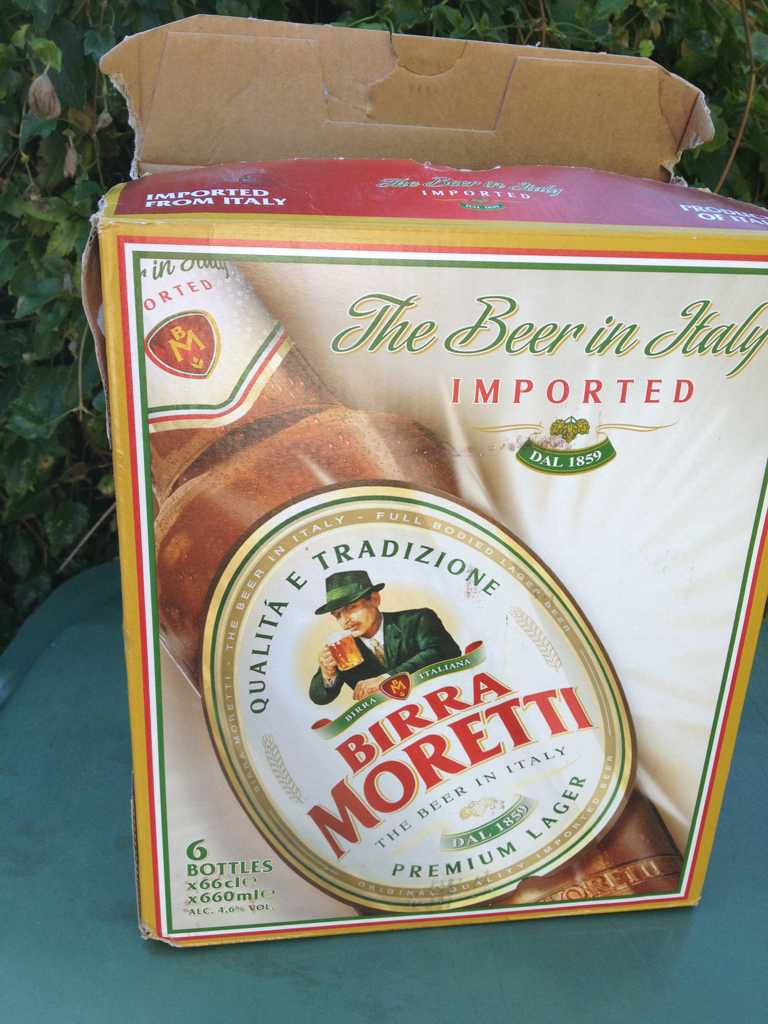