Hey Azaezl,
Sorry to hear that your little girl has'nt gotten any better yet, but like you say it's still early days on the new meds.
I'm sure that i speak for everyone in saying that i hope she get's better real soon

just read through your entire journal, You can sort your tanks out any time, (although looking at the pics, they dont seem to be doing too badly) the main concern is your little un.

I must say I love your photo. The tanks look pretty good as well,

Don't tell your husband I said that.

I love the bigger ones with the really white sand. Some of the pictures remind me of snowy scenes out of the Narnia films.

Hope all is well,

Hey Azaezi, glad to see your back.

I do hope your little girl gets well soon.

We will all be praying for her health.

Thanks for all the well wishes everyone, she's not as bad as she was but still isn't 100%. The medication she's on at the moment is very strong and seems to be working, although when we tried to wean her off it we ended up back at square one so we're having to try a few different things to get her off the stronger meds and onto something a little gentler so that eventually she can be med free but it's not likely to be this year.

Sorry for my complete absence from here, I've been really busy looking after her plus she started pre-school a few weeks ago(wasn't supposed to start until september but the people who run it let her start early). She's super shy like me so I've had to be with her at the pre-school lessons, so that's my days full, my nights are filled with video games, films, water changes and other stuff so I have very little time to post. I've also been avoiding fish / fish related forums as they all seem to be going down the proverbial toilet and TBH I sort of forgot about this place, glad I remembered as it seems this is one of the few forums that's remained a nice place where you can actually have a joke as well as talk about serious issues and debate in a mature manner.

My tanks look awful at the moment, except the panda cory / cherry shrimp tank, that's still looking ok and everything in there is breeding like mad(including the MTS ). I was supposed to be setting up my 2 4ft tanks ages ago which is kinda what's stopped me from being too bothered about how rubbish the other tanks look(because I keep telling myself i'm starting over anyway with the 4fters). My husband has been sort of putting me off setting them up and I think I know why... my birthday is coming up soon and he 'picked up' a present(which required help) and when he got back he was very sweaty so I have a bit of a sneaky suspicion he may have got me a new tank, esp. because whilst in the lfs the other day he started talking about my birthday and said 'oh I dunno why the fish reminded me of that' and looked all embarassed and nervous like he was trying to cover up. He also lied about the presents shape, he took a fairly large box with him that he said he was going to hide it in so I couldn't see what it was, well he brought the box back and put it on the bedroom floor, he said it was very very heavy and that's why he needed help with it...but then again funny that he could carry the mystery box alone, then the other day I accidentally bumped into it whilst looking for something, the box moved like it was empty...sooo I know he's lieing about the present...but trying not to get my hopes up but no idea what it could be other then that. If he hasn't got me one then I'm going to get myself a 240ish Litre tank, put everything in it apart from my goldies who will get a slightly larger tank then what they have now same with my frogs.

So there we have it, my long overdue update, oh here's a pic of the panda tank; 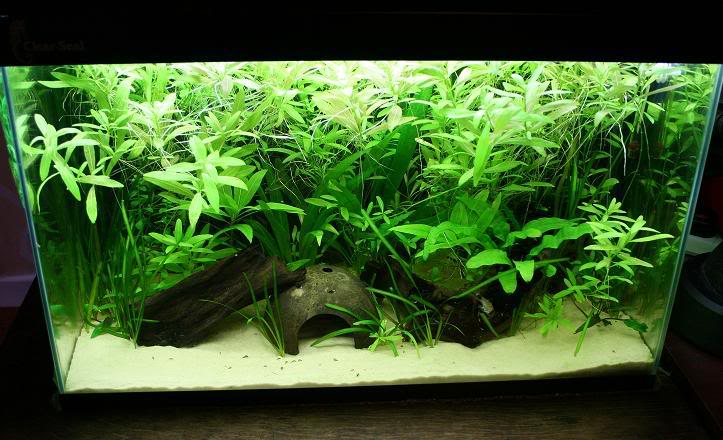 I'm also pleased because the canon 400D that my father in law lends me(yet it always seems to be here lol) shall be mine soon(hopefully) he's on the lookout for a new camera and said I can have the canon when he gets a new one, how lucky am I Oh here's a recent photo of the goldfish tank, which looks awful but hopefully the next udate will be a vast improvement; 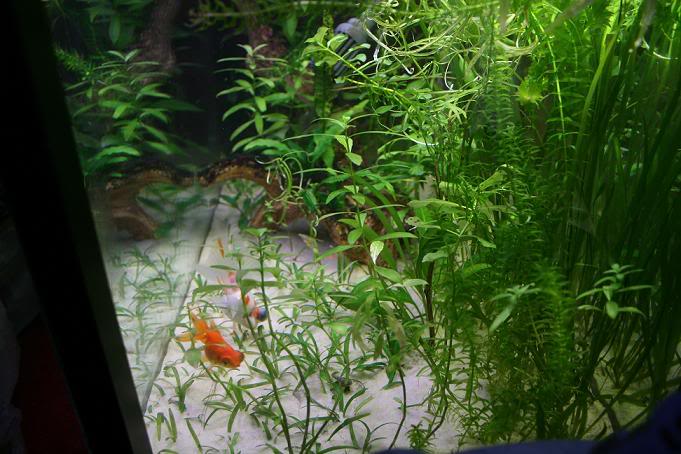 and a slightly older photo so you can see the whole tank; 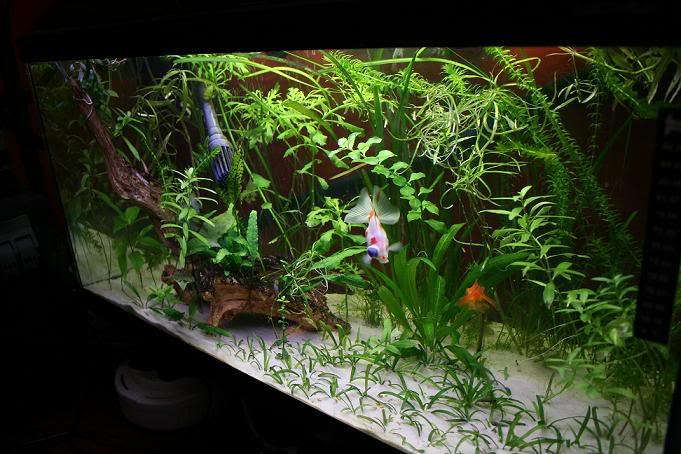 Hi Aezael, nice to see ya,i truely hope the little one gets back to full health soon,hey i bet your hubby has got you a nice setup for you ,regards john
www.johnstarkeyphotography.co.uk
You must log in or register to reply here.
Similar threads