My tank is just over 4 months old now and is looking pretty different from how it looked when it was first setup. Hope you like it 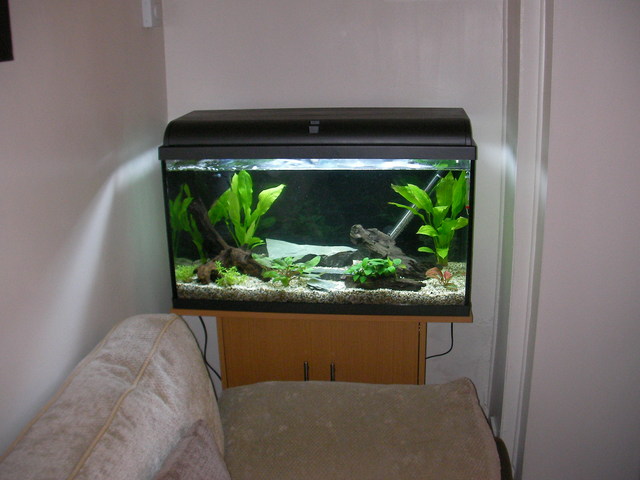 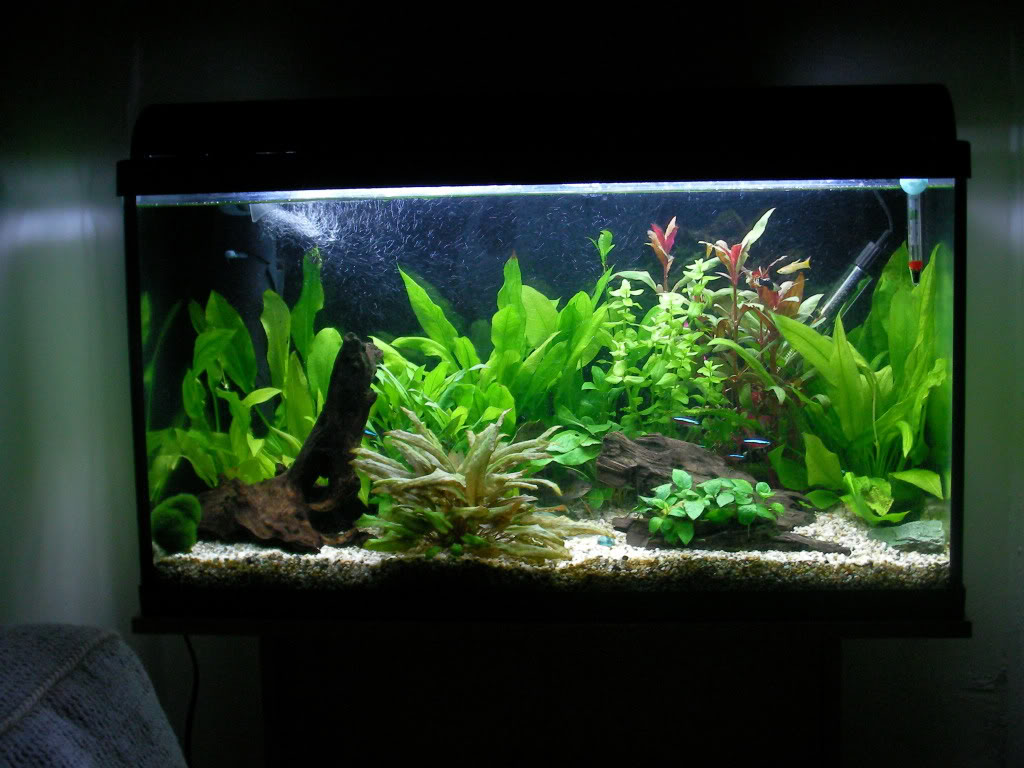 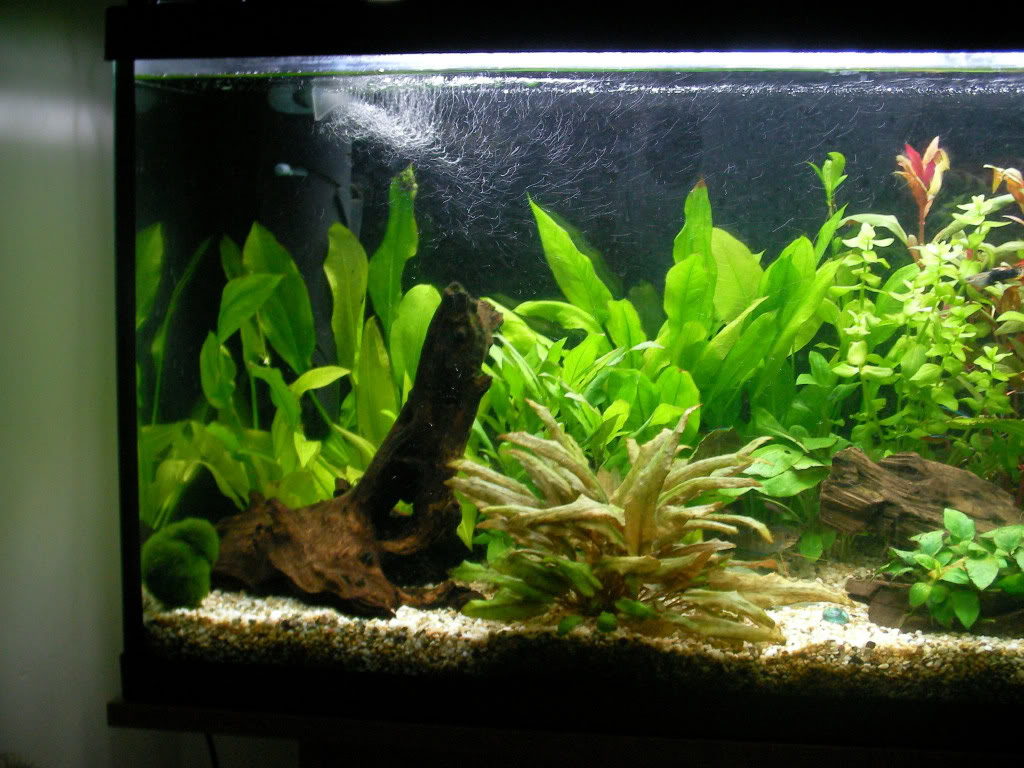 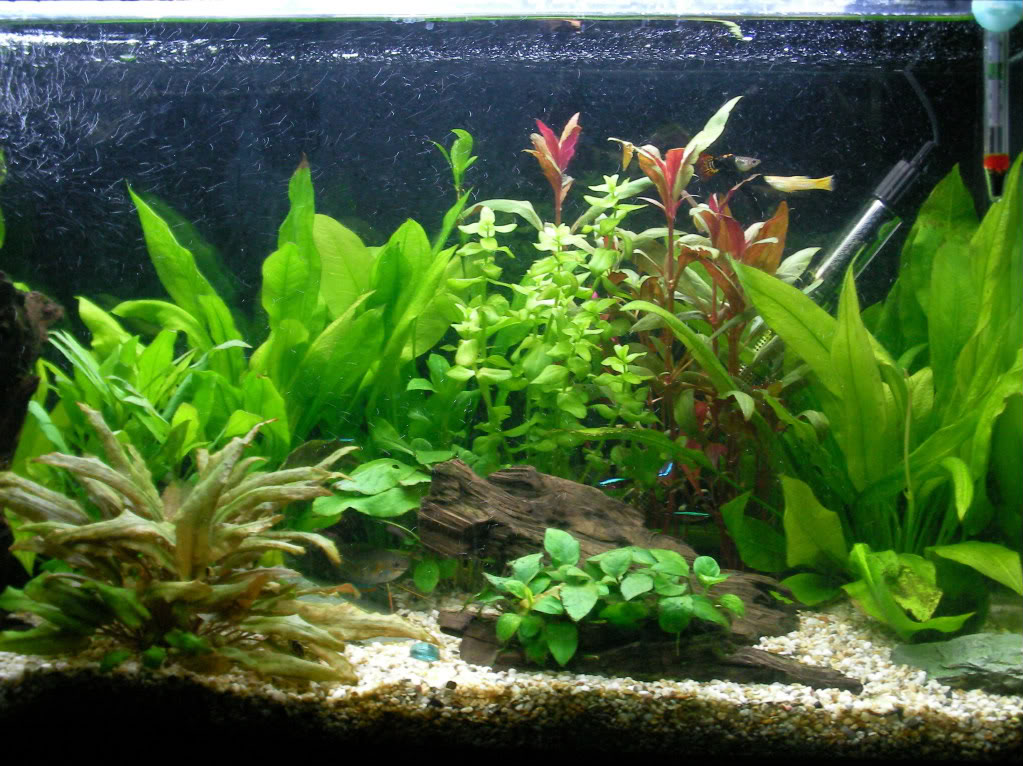 Quite a difference Wordy! Any chance of some details? Do you dose any ferts? Looks like you might have a little bit of a defficiency but other than that looking nice
--------------------------
Flickr photostream.
W

I don't use any actually, I've doing some reading up yesterday on why the leaves had started curling I figured out I'll need to start adding fertilizer as there was a defficency(can't remember which one). I'd only been using Flurish Excel EasyCarb, as I was told by the guy at the LFS thats all I'd need. But now I know

Cool Is it Flourish Excel or Easy carbo? Both do the same job but are made by different manufacturers I would imagine it's Seachem Flourish Excel, as I suspect it would be more readily available in LFS's. It's definately a good thing to use, providing a source of carbon for the plants to consume. You'll find everyone here either uses one of these, or injects CO2 gas into their tanks (or both in some cases!)

It might be worth looking at an all in one fertiliser in the first instance, till you get your head around things. Tropica Plant Nutrition+ (often refered to as TPN+) is a good one. Note the plus sign. Tropica do one called TPN, and one called TPN+. The first is a trace elements fert, while the second is an all in one with all nutrients needed.

Most people dose twice what tropica recommend on the bottle, but it'd be best to start at the stated doses, and up them over a few weeks and see if your plants grow differently Most people also split the dose over several days, like Monday/Wednesday/Friday instead of dumping the whole lot in in one go. This is so there is always a supply of nutrients in the water

It's also worth reading up on Estimative Index (EI) in the ferts section of the forums! Much cheaper in the long run, but requires a little reading. It's not as difficult as it sounds though

You're advise has been very helpful ,thanks It's Flourish Excel & TPN+ is the fert I'm getting.

What plants have you got in there?

Cheers
You must log in or register to reply here.
Similar threads