Last Tuesday I spotted an advert saying 'greyhound free to a good home due to lack of space' and decided to take the plunge (I have been around dogs all my life but this is my first as owner.) He arrived Thursday and joins a household of myself, my wife and our 3 and 4 year old sons.

He is a little lively and still play bites which has made my 4 year old pretty cautious/fearful at the moment but he is getting better. The 3 year old gets knocked over, gets up, dusts himself off and goes back for more then eventually has to be restrained as he would follow the dog everywhere.

His name is Jiggy (was called Jigsaw) and I am told he is 8 months old. He is housebroken and I am in the process of training him (we are still on SIT at the mo . lol) According to my scales he weighs 21kg/46lbs and still seems to have a fair amount of puppy fur. He has no tattoos in his ears of course as he is a little too young for racing yet (I'm not going to race him. This is a housepet for us.) I guess he was from a private litter rather than a race breeder.

Here he is settling in nicely with my 4 year old peering over. 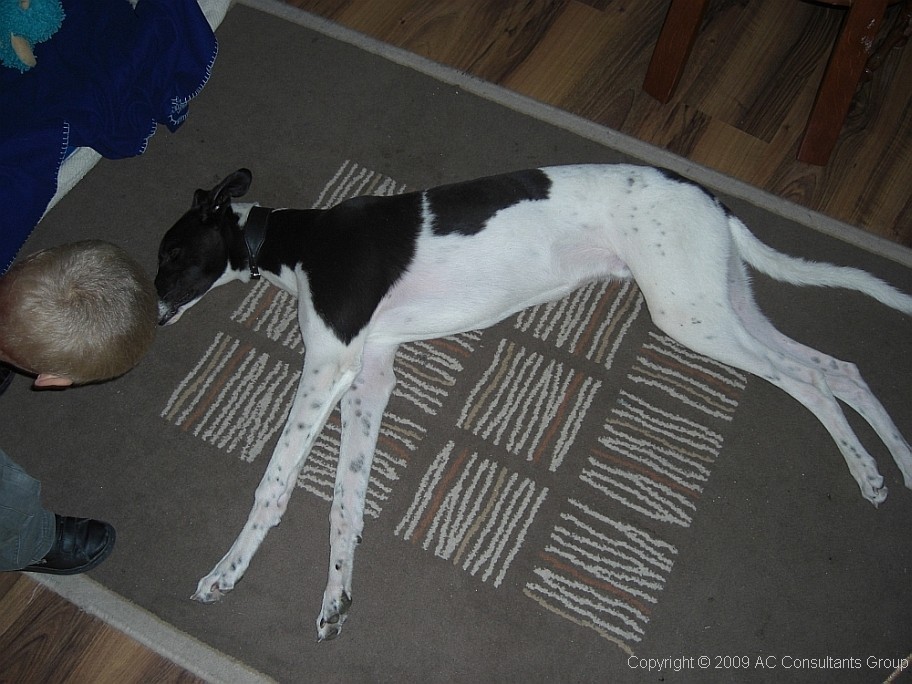 Spread out in front of his basket (which he sleeps in already and not sofas. 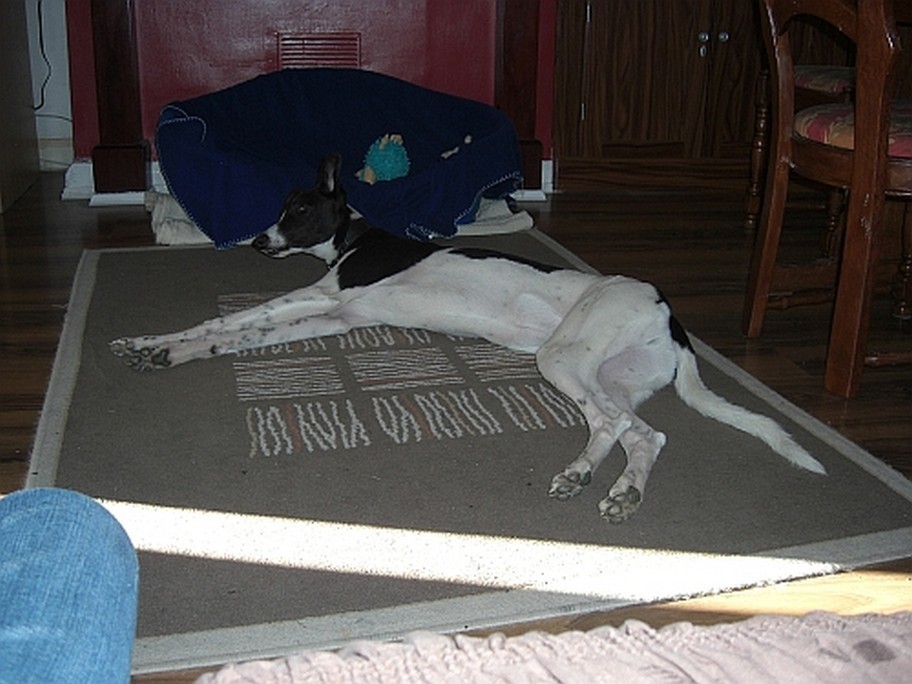 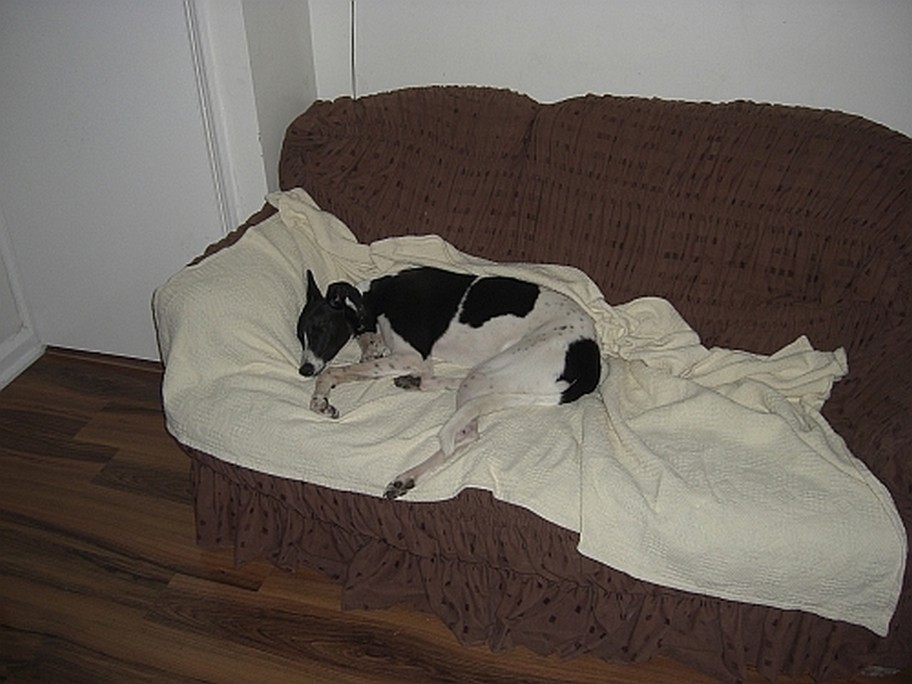 Enjoying the garden and the sun with his new stuffy/squeaky 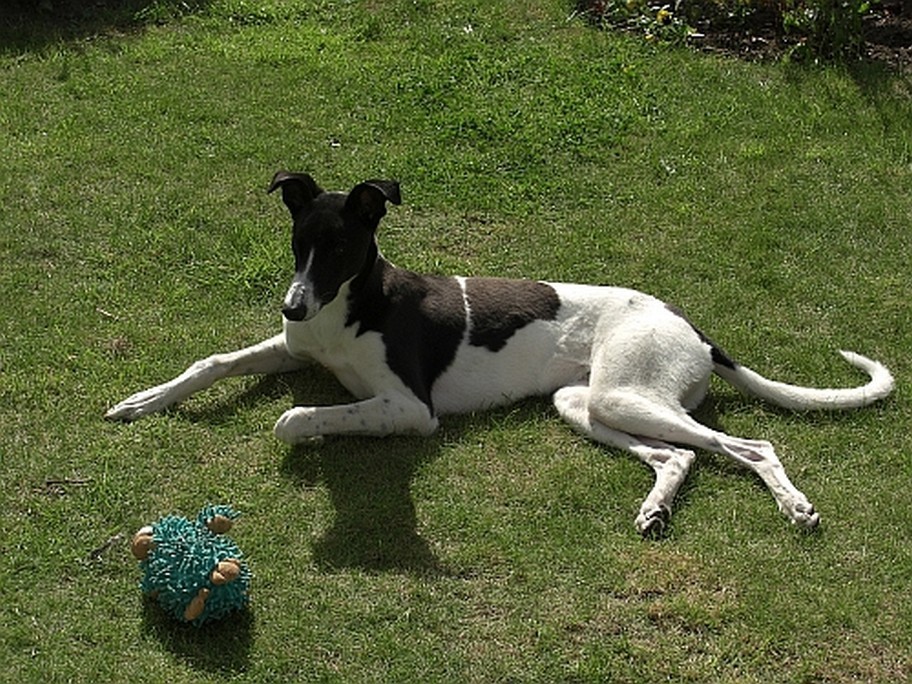 Great shot for me and also one of his beloved sticks. He seems to love sticks more than toys. 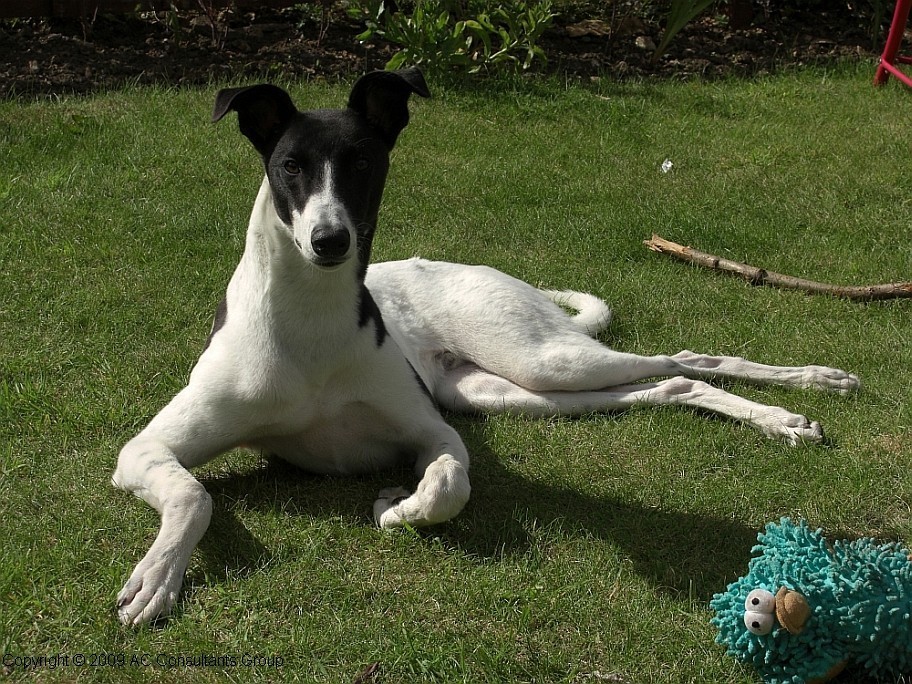 Jiggy and 'shadow'. This is my 3 year old who has fallen in love and has no fear 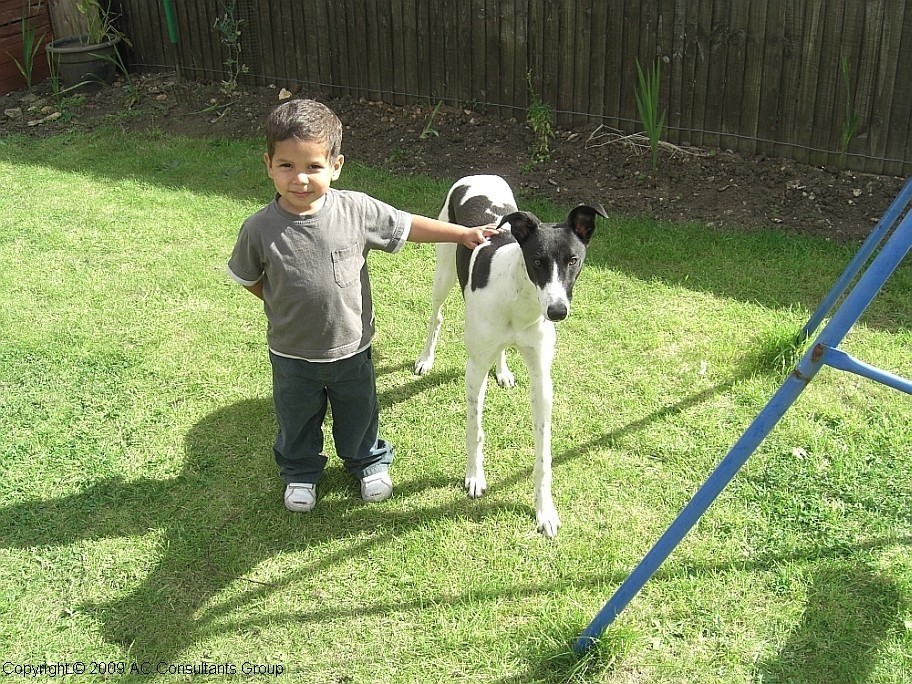 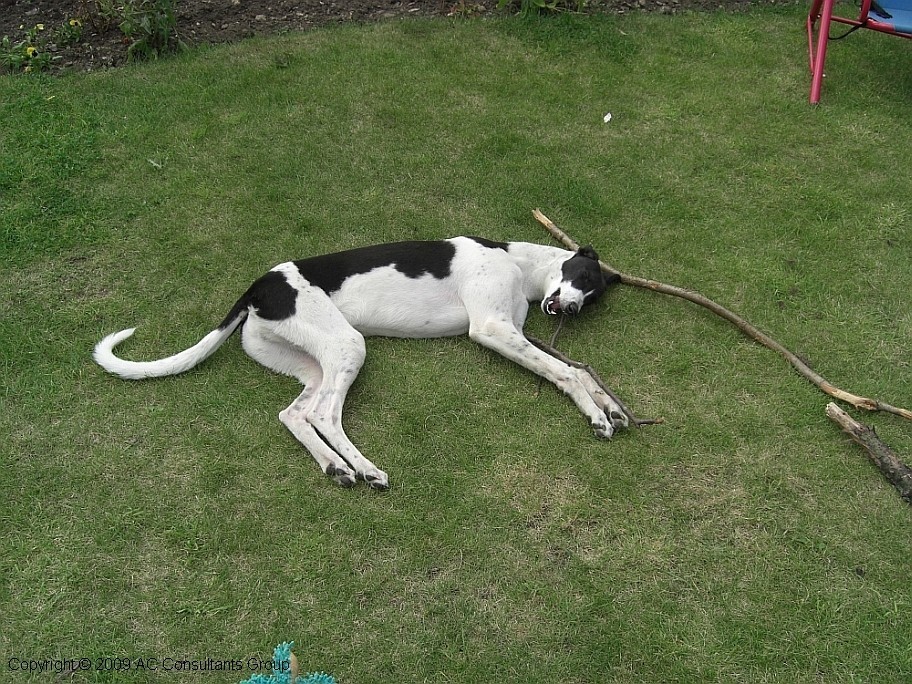 I am going to quit. This is my last. lol 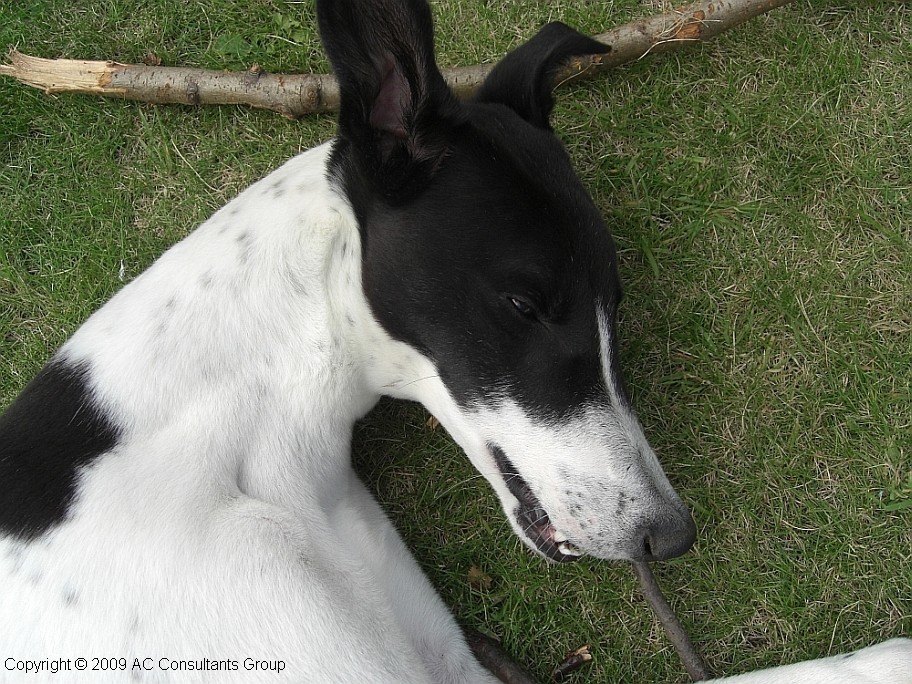 As you can see he is cute, looks in great condition and I am loving having him around (as are the boys ) The wife isn't so keen. lol

lovely dog.
until the day you catch him walking around with a piece of wet redmoor root in his mouth!

Congratulations Andy - looks like a great addition to the family As Bubba said, just keep an eye on your stash of hardscaping wood

i like greyhounds now. i never used to but i walked an ex racing one (he was massive) and he was so chilled out
thanks
sam

Greyhounds are imo the best dogs, we have an ex racer called charlie, he is about 13 now so quite old, his legs keep giving way, but he is awesome!

samc said:
i like greyhounds now. i never used to but i walked an ex racing one (he was massive) and he was so chilled out
Click to expand...

Thats what I noticed straight away. I am used to having to train puppies to heel whereas the day we got him he walks within the lead length never straining it.

I don't have a stash of hardscape so I am pretty safe there. All my hardscape items are already in the tank and he shows no interest in it at all, luckily.

That is quite surprising because on day 1 he was straight in my little water feature which was about 18" diameter and some plants growing in it. Feet first and dug so that came out and was stood at the back of the garden. He is still walking up and drinking from it but not digging.