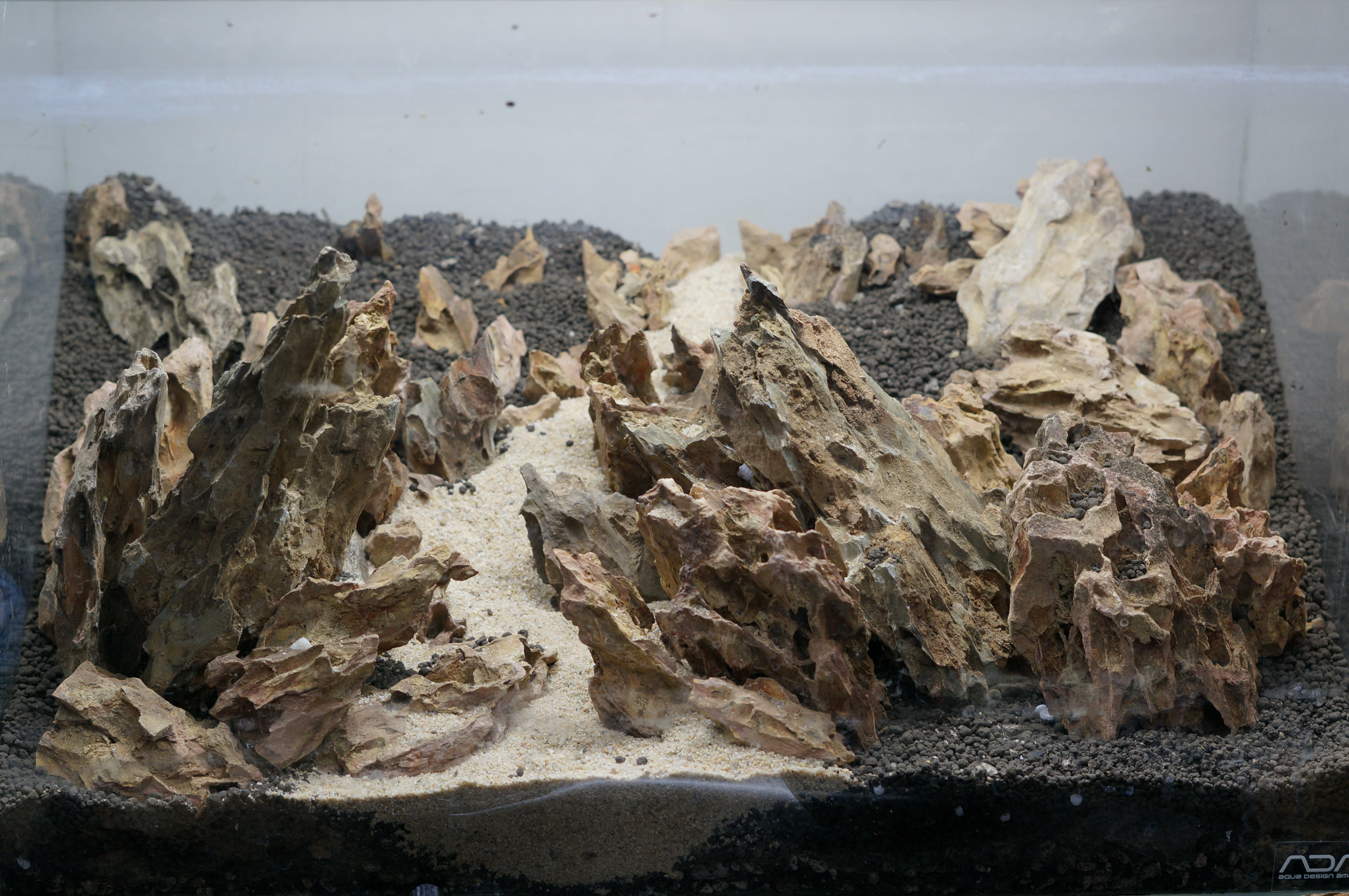 Wanted to play around with perspective with this one, the soil at the back is heavily raised, hoping it holds up once I plant and add water.

I used polystyrene sheets to prop up the slope towards the back and to provide a base for some of the hardscape further back so it doesn't completely sink into the soil over time. Rocks ordered biggest at front and progressively smaller as it reaches towards the vanishing point at the rear. Used cigarette filters and superglue to keep the front hardscape together with some support so hopefully doesn't collapse when water is added.

The path snakes from the bottom, round some of the larger hardscape in the foreground before being reduced and vanishing in the background, I wasn't sure whether to obscure it or not with the larger foreground rocks but decided it looked quite good with the big rock on the right obscuring part of the path in the mid ground. I orginally wanted to reduce the depth of the path compared to the aqua soil to create a sort of concave path leading up but this proved very difficult without substantial hardscape support on the boundaries of the path which ended up looking very artificial, was already very tricky getting it set up without the aquasoil sliding down onto the path.

I'm also not sure about the top right, I feel like it needs to jut out with a sharp rock towards the right to counterbalance the left facing hardscape below it but can't find a suitable rock to go there.

For planting I am not sure as well. At the moment thinking about HC carpet at the back, glosso at the very front, mini pellia lining the long faces of some of the rocks and also on small slate pieces along the edges of the path. Want to add some mini coin buce as well, perhaps in the gaps of some of the rocks. Any advice for other small leaf plants/moss?

Try HC at back but MC in front....
From Sydney , Australia

It looks amazing! Can't wait to see it planted

Can’t wait to see it planted! Love the trail

Excited to see updates!
You must log in or register to reply here.
Similar threads