Thanks Aaron and beeky for the comments.

I think there are just a few dead strands of the moss so i'll trim them off.
F

Time for an update. The marsilea was getting covered in algae so I removed it (sorry beeky). I also moved half of the eleocharis to the front and will soon be ordering a crptocoryne wendetti tropica to put where the eleocharis was. Other plants I may be ordering as well are cryptocoryne parva and rotala rotundfolio. Also I have noticed a lot of "dust" gathering on the wood. I don't know if it is dust so i've taken a picture to see if anyone knows what it is. 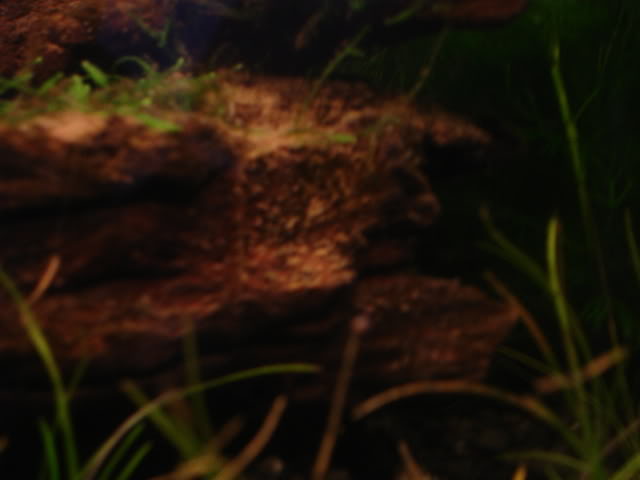 Some updates on how the tanks looking. The anubias has two new leaves. 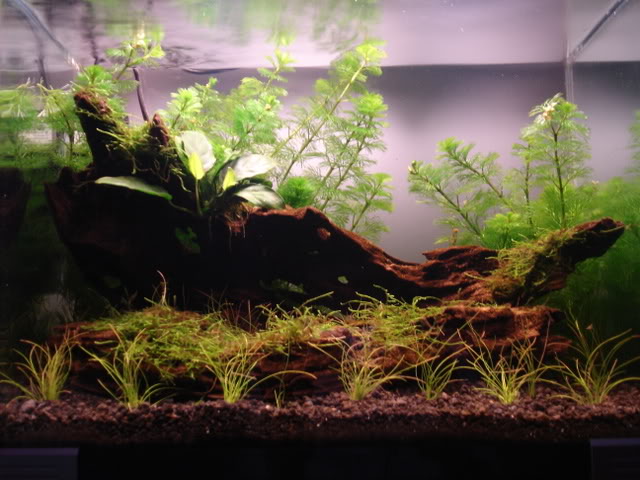 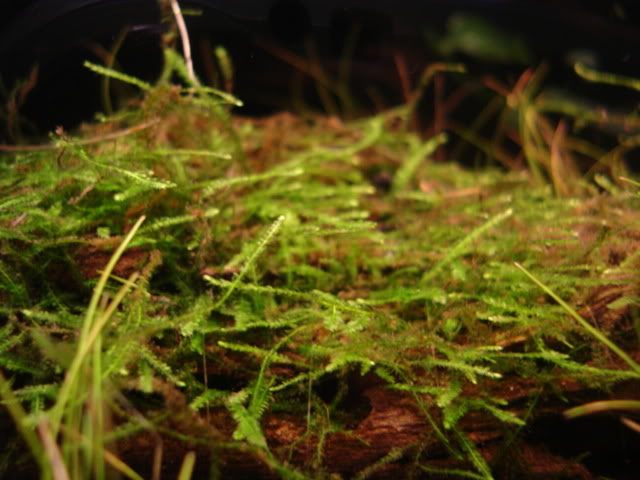 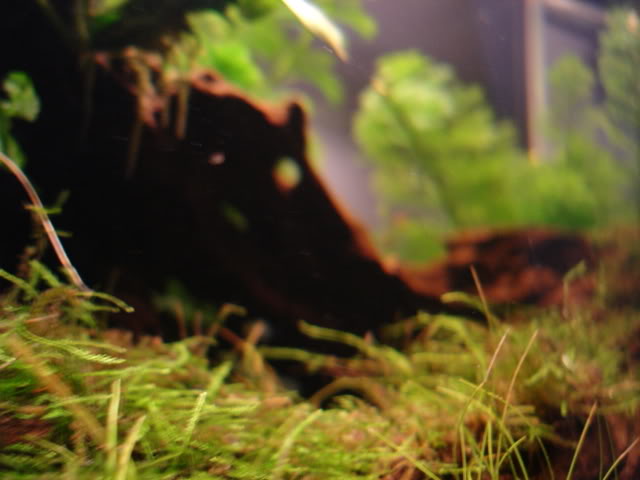 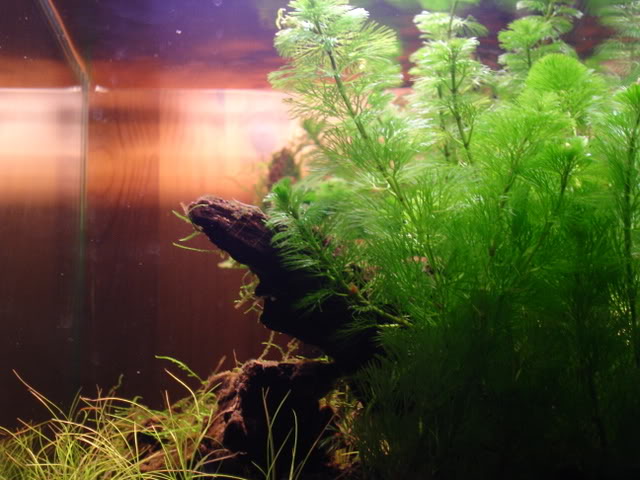 Oh and I have had some good news. I can definately get the snowball shrimp, and they will be coming around mid march! I can't wait

Any pecs in there? they may be the source of dust
F

Sorry what are pecs?

Hi
i think it was meant to be plecs,
john
www.johnstarkeyphotography.co.uk
F

Oh thanks john. If it was meant to be plecs then no there aren't any in the tank. Nothing but a few intruder snails!

mr. luke said:
Any pecs in there? they may be the source of dust
Click to expand...

Really starting to grow in whatever you are doing, keep it up.

Another update. I started to get bored of seeing the "dust" on the wood so i decided to take action. So I took both pieces out of the tank and gave them a good old wipe with some kitchen towel. I think it was just rotted plant debris in the substrate that had been disturbed during maintenance and then settled on the wood. When I took the wood out I accidentally uprooted some cabomba so i decided to take it all out and replant it. I was in a bit of a rush planting it first time so some of the stems were a bit bruised so i neatened them up and replanted them all. That was friday but today i got fed up of seeing lots of bits of plants getting trapped in the eleocharis. So i uprooted it and removed the debris and it is all now in the foreground. There is no sign of any algae so I have plugged the other arcpod back in. I am 99% sure that i will be ordering the following plants tomorrow:
Microsorum pteropus "narrow"
rotala rotundfolio
cryptocoryne parva

Now for some pictures. I arranged the cabomba so the smallest stems were in the middle and i will try to retain that shape when pruning. 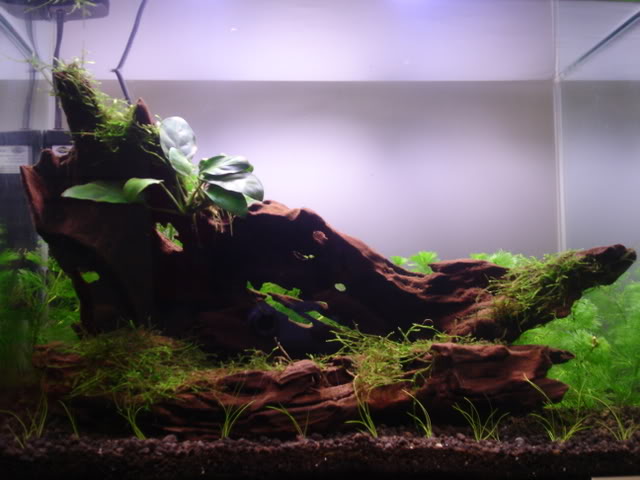 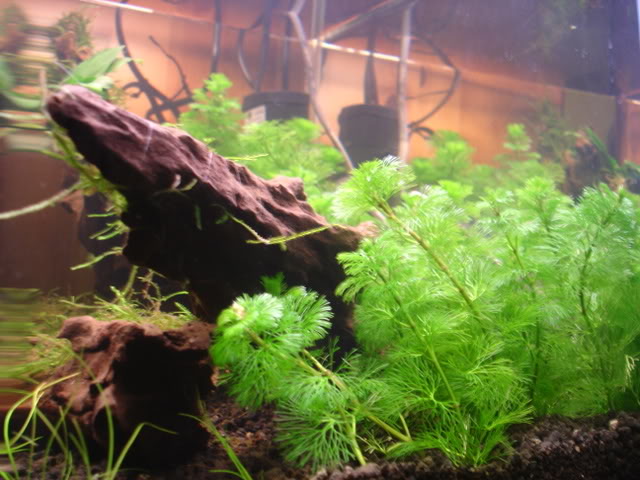 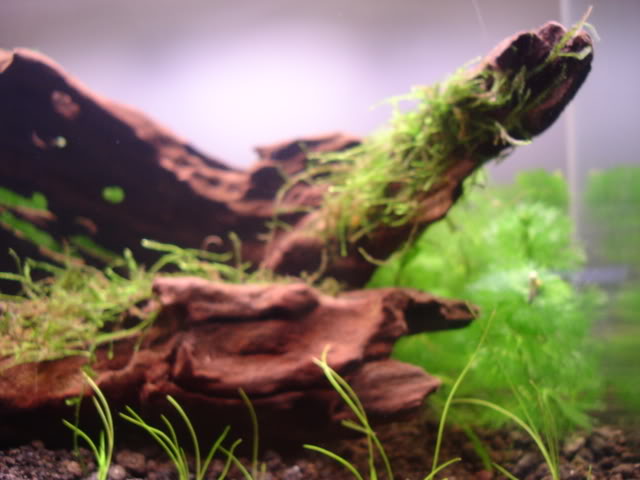 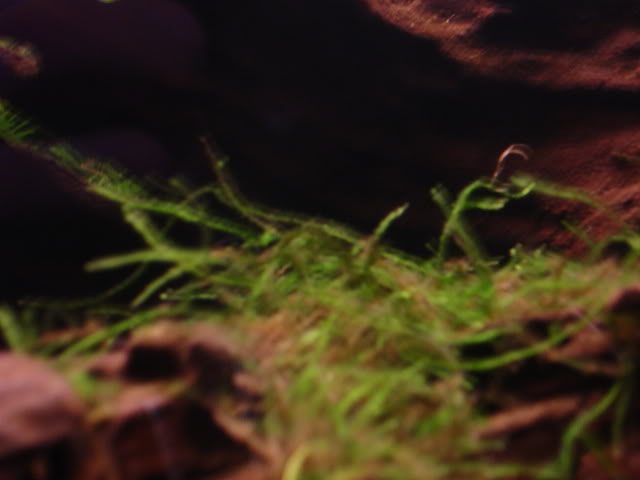 As for the shrimp they should hopefully be coming soon but it depends on the weather.
F

The plants came on Thursday so i planted them all up, but found the microsorum "narrow" was a bit too large so i put it in another tank. I put the rotala in the back with the cabomba, and the cryptocoryne parva in between the wood. The cabomba has grown a lot, but the hairgrass isn't doing much, probabaly because i moved it, so i've upped the photoperiod to 8 hours to try and get it going. 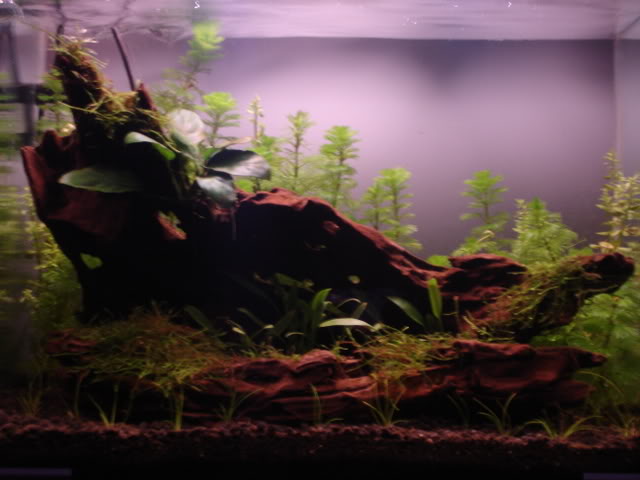 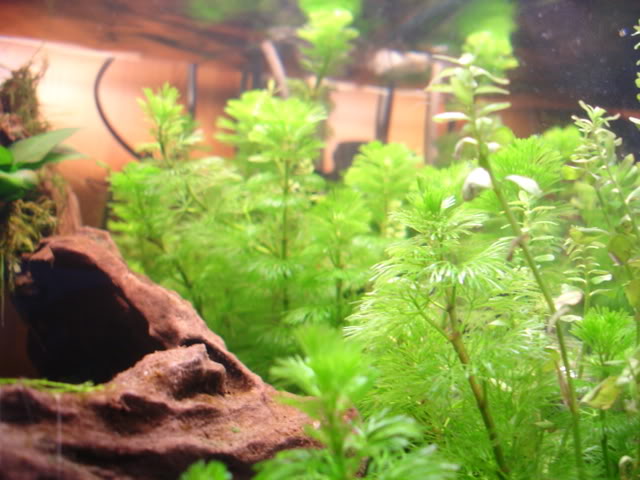 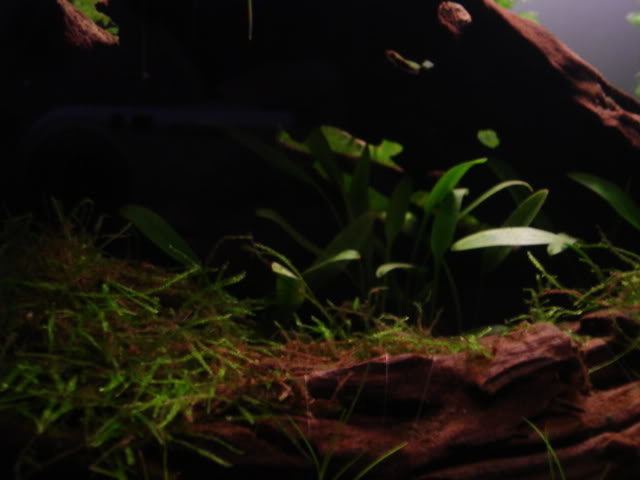 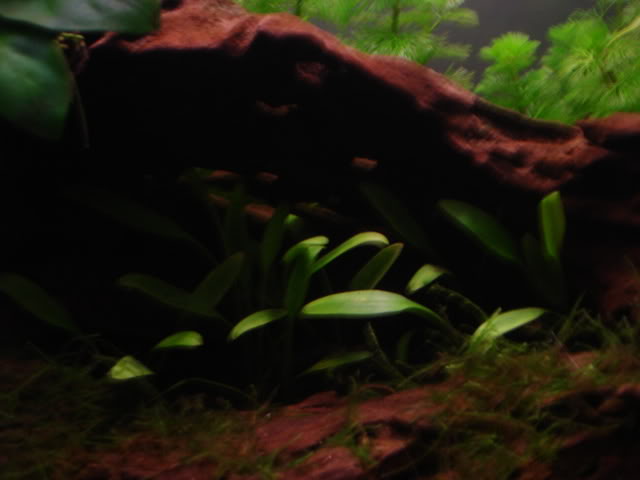 Thanks for looking.Constructive critiscm welcome.
F

But on the bright side i have an empty tank to set up I've got some nice pieces of rock from AE so await a journal
You must log in or register to reply here.
Similar threads