A week or so ago I < posted > for a Plant ID from a lake that I was at. This past bit ago, I decided to go snorkeling (no scuba yet, darn!). The photos you saw in that other post: 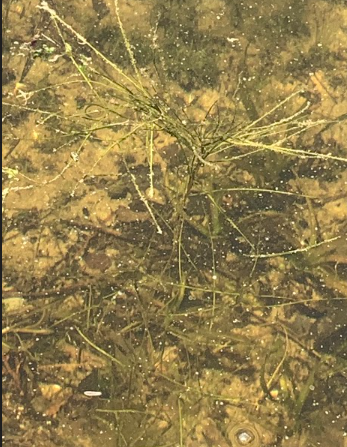 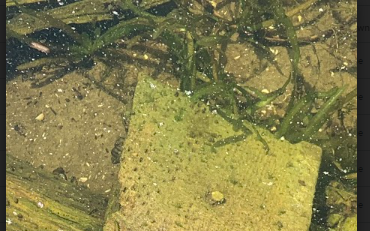 Are from directly near the shore - maybe 1 or 2 feet deep at most. They are quite dirty also. Once I went out I noticed sunfish in these "spawning beds" as I call them - literally 3 or 4 a few feet about with a massive sun fish in each. Later, I noticed one of those males spawning with a female. The aggressive behavior towards me (one rammed into my foot!) and other fish seemed so natural. Suddenly, the water dropped MUCH colder and there was a drop off. When I turned around to see the drop off, it was densely plants (with much less algae) - it looked like this: 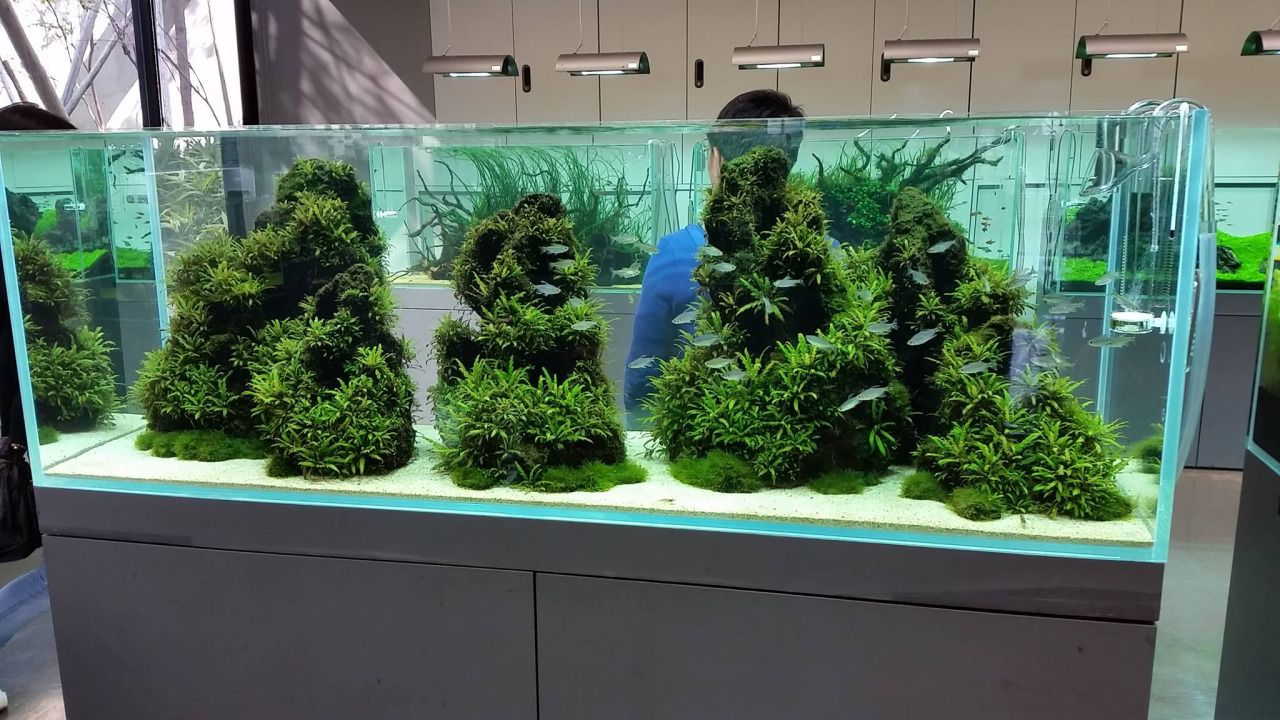 But instead of seeing the glass, it was mounds of these crushed zebra mussel shells.

The next day, I went out further and noticed a much deeper yet still "pre drop-off" and ran into schools of baby bass.

I will note that I saw those same sun fish that next day, and realized that they "live" there and gained a new found respect for nature itself.

Also, it puts aquascaping into a new lense.

The aquarium should almost be as if you are swimming right by and you look left or right and see a snapshot of nature - just as you are passing by. I can say I always "read" that, but I finally got it!

PS looking back at Amano's tanks - I have a new found respect for him as well.

Amano nature aquariums are replication of natural landscapes, not aquascapers. I’ve seen many underwater footage of freshwater habitats. They arent necessarily pretty. Water can be turbid. Substrate is covered with fallen wood, natural and human debris. Plants are often absent or dominated by monoculture. Algae is ubiquitous, but different from common aquarium types, for example, you won’t find bba but likely brown and green thread algae in a healthy lake. A eutrophic lake may turn into green soap or covered with mat forming algae from time to time.
Last edited: 8 Jul 2020

Seems to me you're describing a biotope, not an aquascape.

There's a website full of biotope tanks, differing in quality, but they're all really awesome in their own right. There's a competition every year and every year the quality and quantity rises.

Tanks like the one on the following link are really captivating:

The amount of detail and information about the biotope is crazy.
You must log in or register to reply here.
Similar threads