Each summer I set up a small 30l cube tank on my open patio to breed daphnia and other cultures there. It sits on open sun and is normally covered heavily with simple algae, such as GDA, diatoms and floating algae. I also grow riccia fluitanis there. However, this year, I have decided to switch from riccia to floaters, such as Limnobium and Phyllantus. My daphnia culture got elliminated by 'something' in one night (I assume that was garden pesticides or something like that). This cube is fed via garden fertilisers and our high nitrates/phosphates water. In fact, I grow floating algae in RO unit drainage and use that water for water changes. I'm writing so many words about my tank just to highlight that this tank has all conditions for algae to grow. But it doesn't grow, even on direct sunlight: 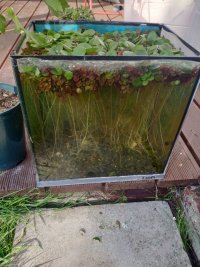 As you see, the tank is full of roots of Limnobium (and I use them to feed my mbuna). But water and glass in the tank are just clear. To compare, here is a drainage canister where I take water for changes (50% each week): 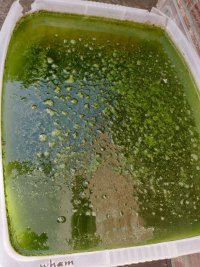 It's just greeny as it looks like, but all floating algae disappears in like 2 days after such a change I thought initially that there are some chemicals that are emitted by floater plants that just kills algae, but I've mentioned one interesting thing. It seems that this 'substrate' provides indeed a great surface for nitrifiers (like @dw1305 told me in another thread): 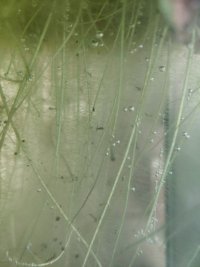 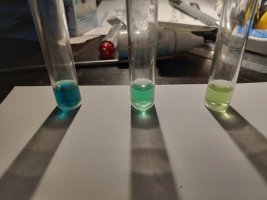 So it oxidised 30mg of ammonia in 2 hours! That's just amazing counting that there is no filter and no water circulation at all. Nitrites level were almost zero at +2 hours as well: 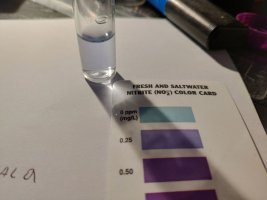 So it seems that nitrifiers might really inhibit micro algae growth. Another two changes to this tank this summer was that it now has some substrate (Seachem Matrix from the working filter - I have replaced it with HelX plastics) and also I have cycled this tank initially with huge levels of ammonia via NH4Cl for like 2 weeks. My other 3 tanks also suffered issues with simple algae in the past but they are crystal clear (aside of some localised staghorn grows) for like a half of year (fingers crossed, though) - I even don't clear my tanks' glasses. The only difference is that I don't touch or clean my filters like I did in the past...
Have anybody observed something similar or that's just a random correlation?
You must log in or register to reply here.
Similar threads