Some big changes coming.
A video is in the making.
Here is a teaser 🤣 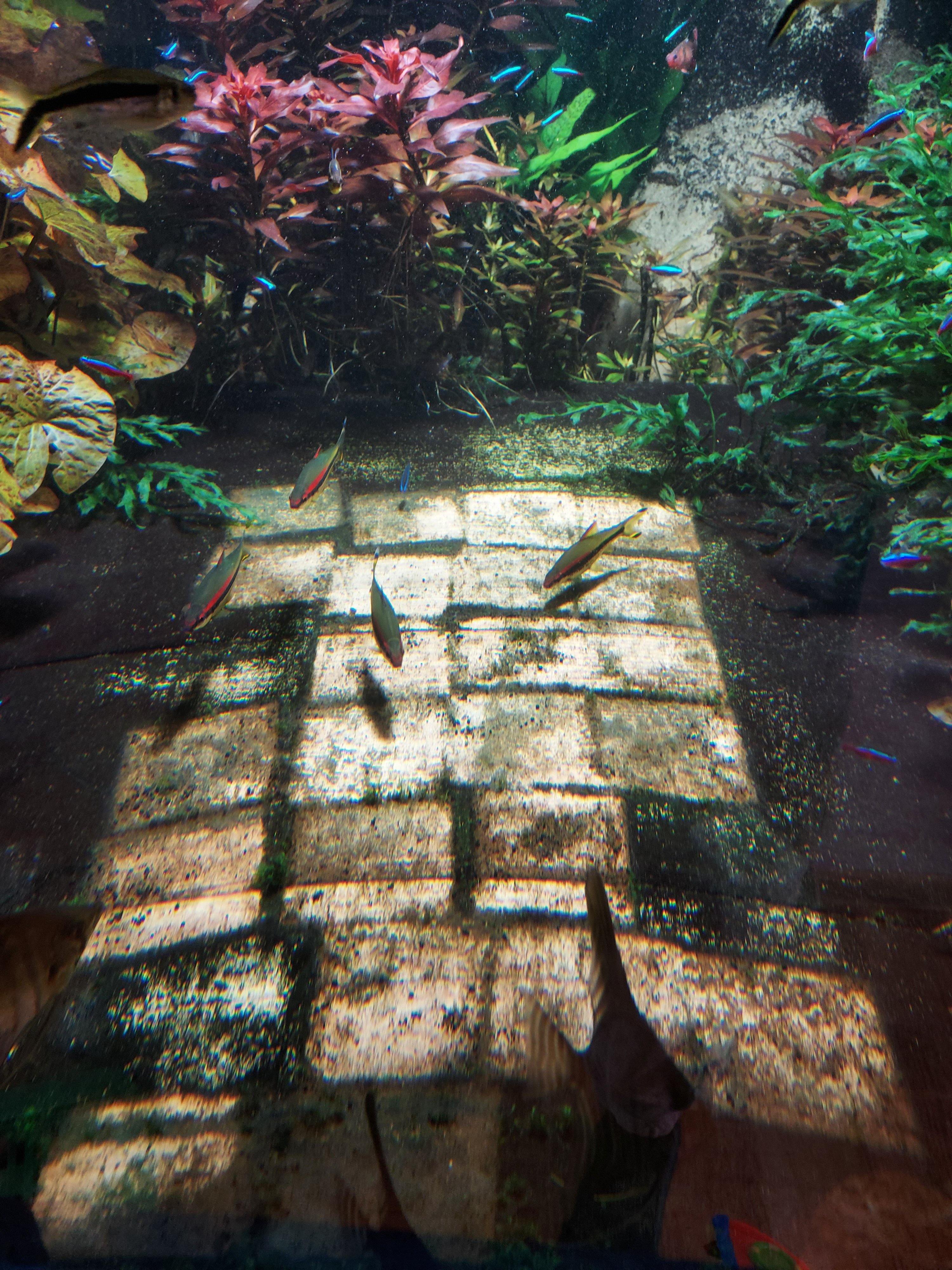 Ok, the fish have been devouring my fissidens!
A tad expensive and poorly nutritious food so I though I need to do something about it. Here is the solution! 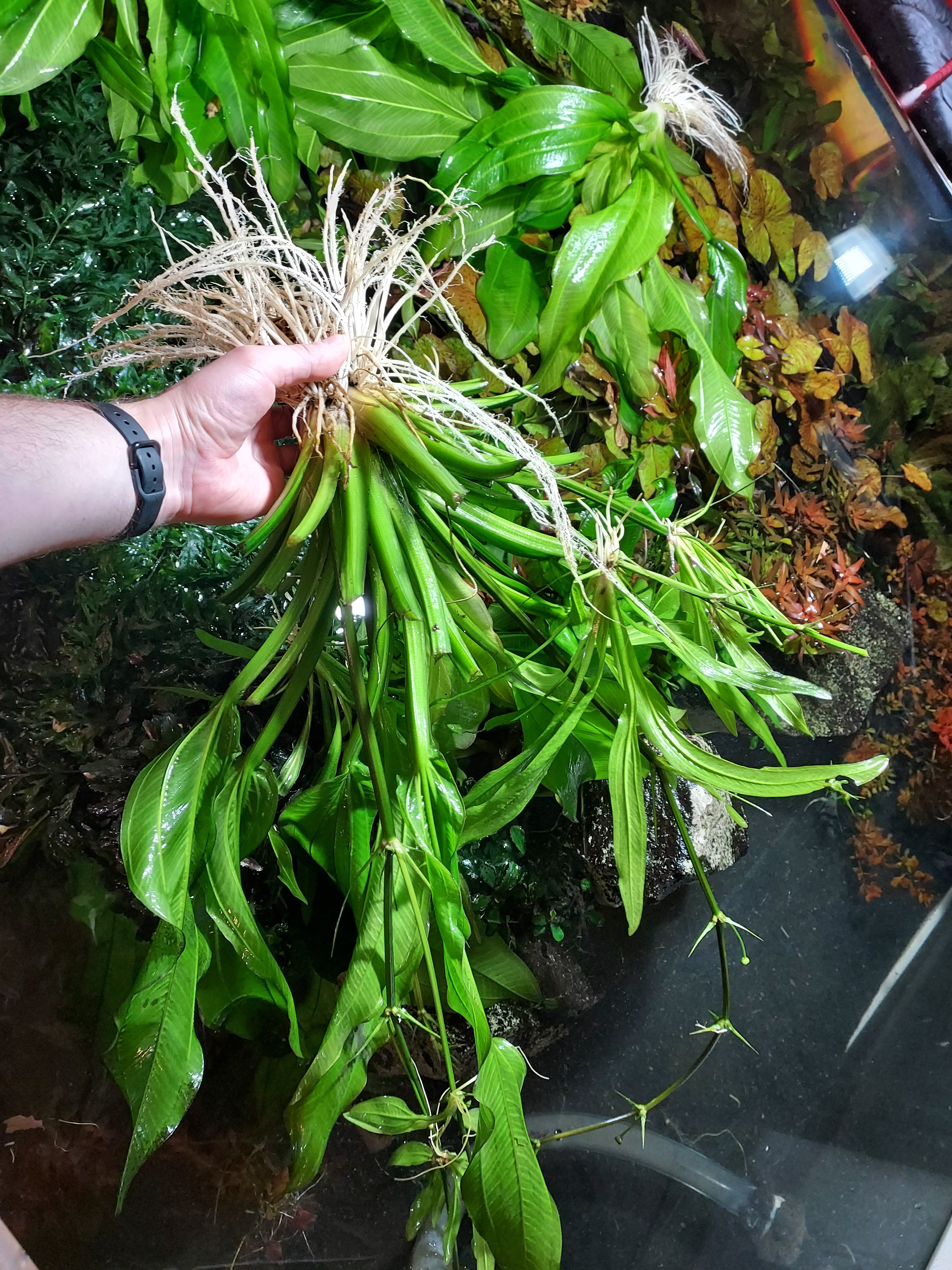 with the last few days heat, I bet you dragged out the maintenance as long as possible, to fully enjoy the time submerged
the ex marine sumped cube

not called Bob said:
with the last few days heat, I bet you dragged out the maintenance as long as possible, to fully enjoy the time submerged
Click to expand... 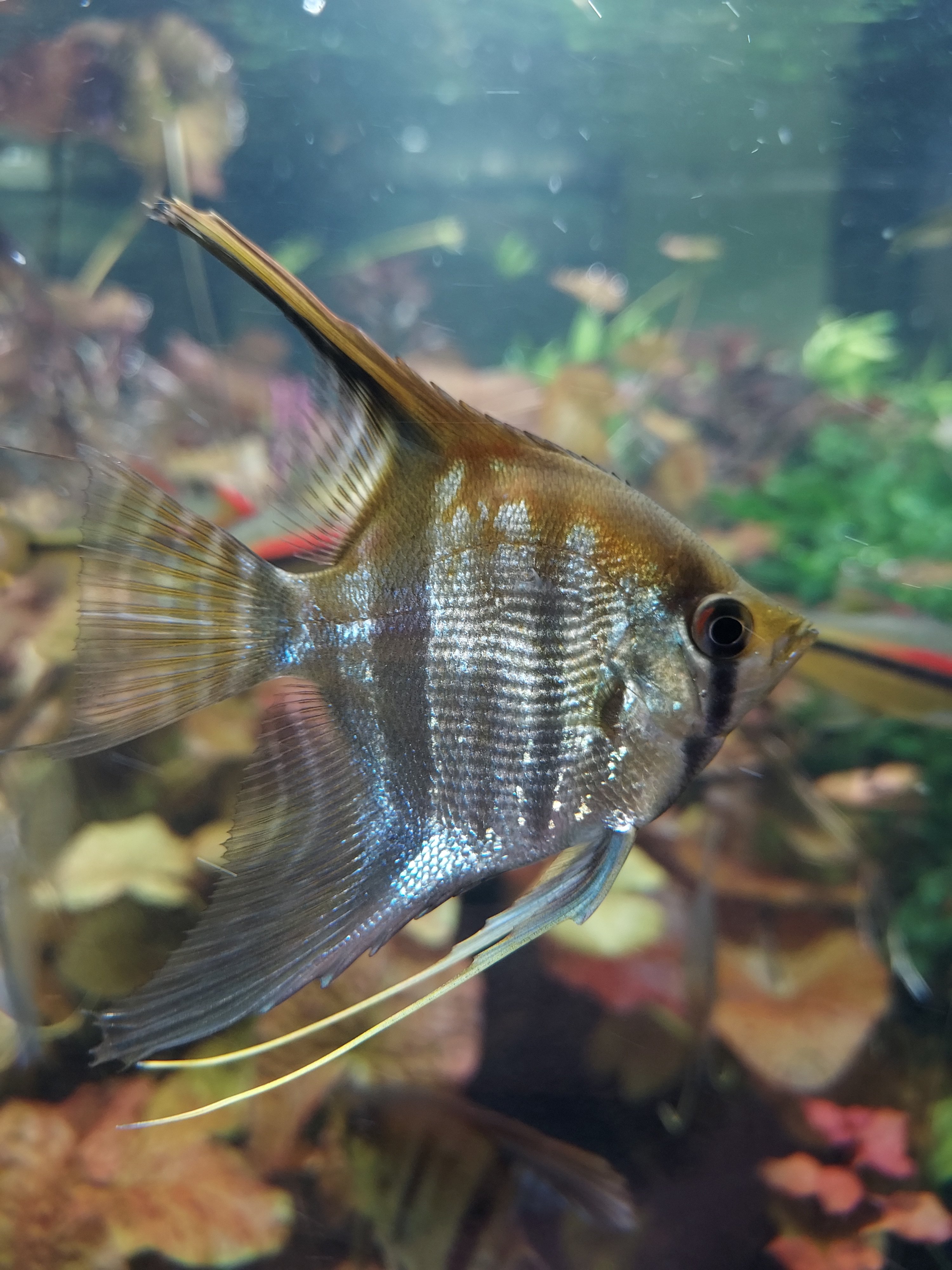 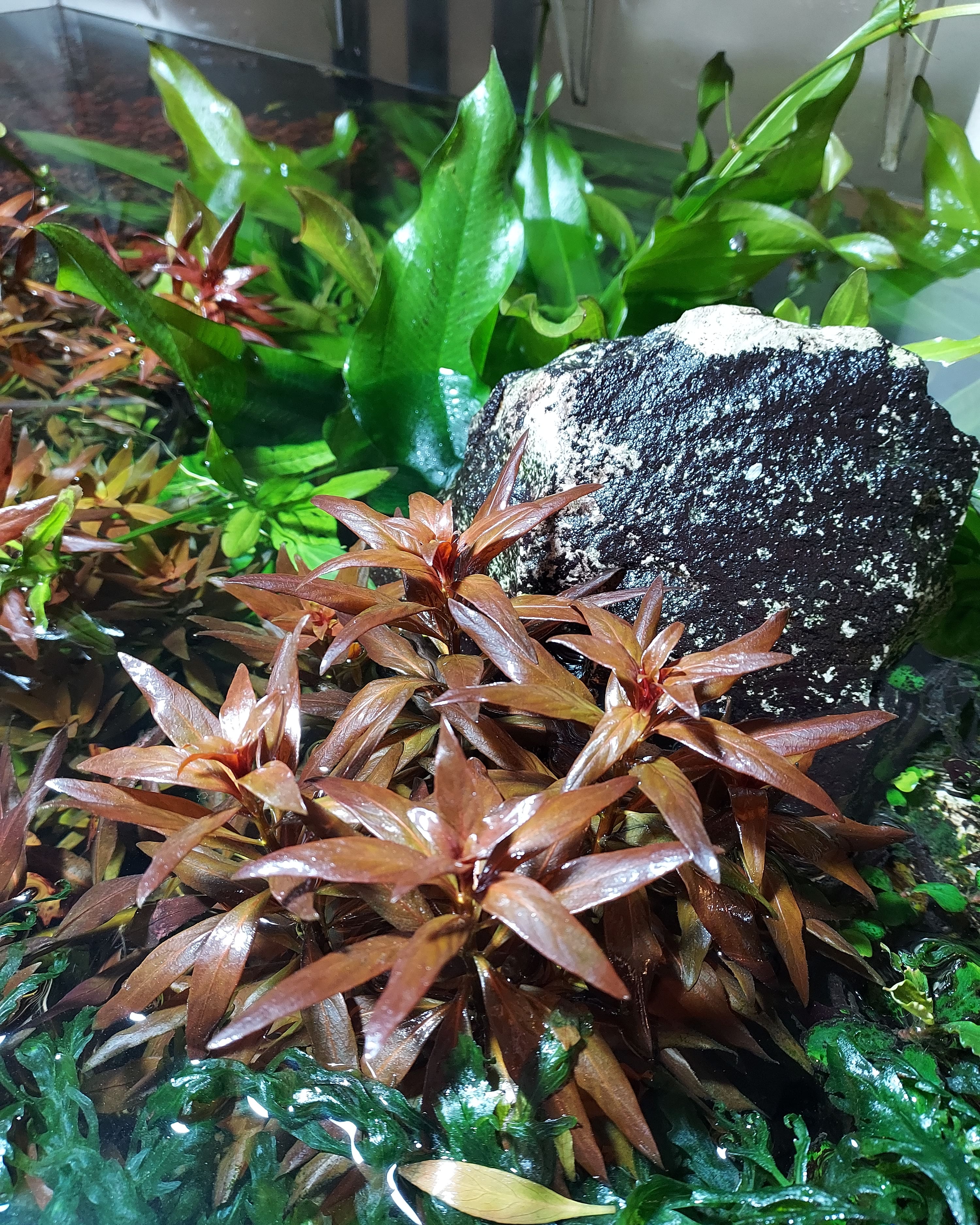 In an effort to reduce the pesky BBA, I've been experimenting with H2O2 (hydrogen peroxide) I think its a good time to share the progress so far.

Just to mention for those of you unfamiliar with H2O2 use, its a very powerful oxidising agent, which basically means it can melt away living organisms and has the potential to be an explosive (in high enough concentrations).
This stuff needs to be taken seriously.

This begs the question, why on Earth would anyone want to put in anywhere near their tanks?
The answer is: Its the dose that makes a poison!

In low doses, it can reduce bacterial and algae load in a fish tank, while largely not affecting more complex life forms such as plants and fish.
I did my research and figured out that for the size of my tank, I would have to dose 600ml of 3% H2O2 solution to have the desired effect.
However, I have found 12% H2O2 solutions on ebay which were very cost effective, since it would mean I only need to add 150ml.

I decided to treat the tank just before my weekly water change.
Key point is to NOT have H2O2 anywhere near my sump and my biological filtration, as it has the potential of crashing the beneficial bacteria colony resulting in spikes of ammonia and nitrite.

Step 1 - Kill the return pumps
Step 2 - Wait for the water to stop overflowing into the sump
Step 3 - Keep the maxpect gyres on, while I pour in the 150ml of H2O2 into the current created by the gyres
Step 4 - Grab a cup of coffee while the treatment is circulated around the display tank
Step 5 - Begin to syphon the water out as per usual water change schedule

The rest is as usual with 50% water change.
It takes me around 1-2 hours before I need to kick the circulation back through the sump, which is plenty of time for the H2O2 to oxidize out/reduce to safe levels in addition to being diluted 50% by the water change itself.
I've been doing this for aprox 6 weeks now (with a treatment every week).

Hope this helps at all, thought I would share my adventures in this area!

I've been doing something similar in my low-tech to combat thread algae:
Part 1: gradually up my Glute (Excel) to 2x the recommended daily (non WC) dose. This I did with no ill effect. Seen increased growth in stems. Doesn't seem to have affected the epiphytes though. Livestock appear oblivious.
Part 2: Prior to weekly WC:
(a) Switch off / remove the filter, and dose 1ml per 3L of 3% H202 (I took my sponge filters out temporarily).
(b) Put a powerhead in for 15 mins to make sure the H202 is properly circulated everywhere.
(c) Do W/C.
(d) Put filter back in.
(e) Immediately do daily dose of glute (I saw this described as 'hit the algae when it's down').
I did this for two weeks in a row and the thread algea has gone. I'm now pausing on the H2O2 but carrying on with the glute, will wait and see if it comes back.

I`ve been going through the journals section today at work and the 2000L in the title immediately got my attention and went "ok, let`s have a look". Have to say, I don`t regret having spent the last hour reading this, what you`ve done is absolutely stunning!
"A warrior is not the one who always wins, it`s the one who always fights"

Marius_R said:
I`ve been going through the journals section today at work and the 2000L in the title immediately got my attention and went "ok, let`s have a look". Have to say, I don`t regret having spent the last hour reading this, what you`ve done is absolutely stunning!
Click to expand...

Much appreciated Marius!
Glad you enjoyed the read. 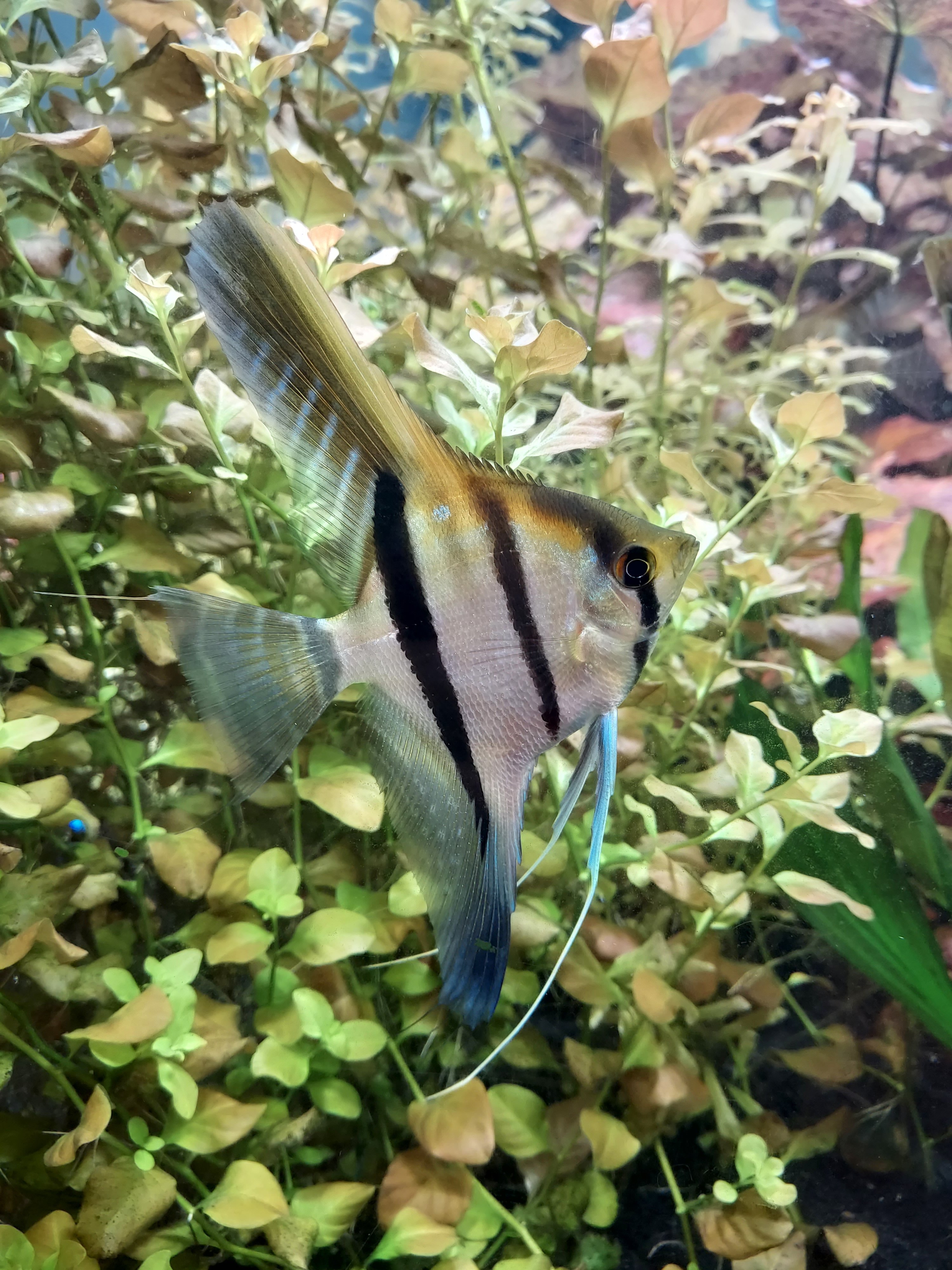 Ive decided to evolve the Beast into a new incarnation, not sure what it will be exactly. A bit more detail in the video!

Thank you to all that have supported me throught the years of setting and running this amazing project with their advice and kind word! Amazing!

Good luck on your next project! thanks for the interesting and amazing journal!

Best of luck with the Vivarium, if it's anything like this tank it's going to be impressive! I'd be interested in some of the Buce (assuming it's snail free..)
ADA60P - Edge of the forest
A

Nice one Filip, all the best for next project.
Just set up the 10 foot (pics elsewhere) and several other big tanks scattered about so would be interested in a big box of plants - Bolbitis, Bucephalalndra, Crypts, Echinodorus, Lotus and maybe even a few handfuls of stem plants. Would however need delivery though. Let me know what you think. Cheers, Andy
J

Good luck, and don't forget to add some water

sounds like an interesting project
the ex marine sumped cube
You must log in or register to reply here.