I saw this (pretty algae ridden) carpet of a Nymphaea sp. growing in an old canoe whilst on holiday in Vietnam recently. This was in a couple of inches of water in the direct sun. I wonder if a similar effect could/has been achieved in the aquarium? 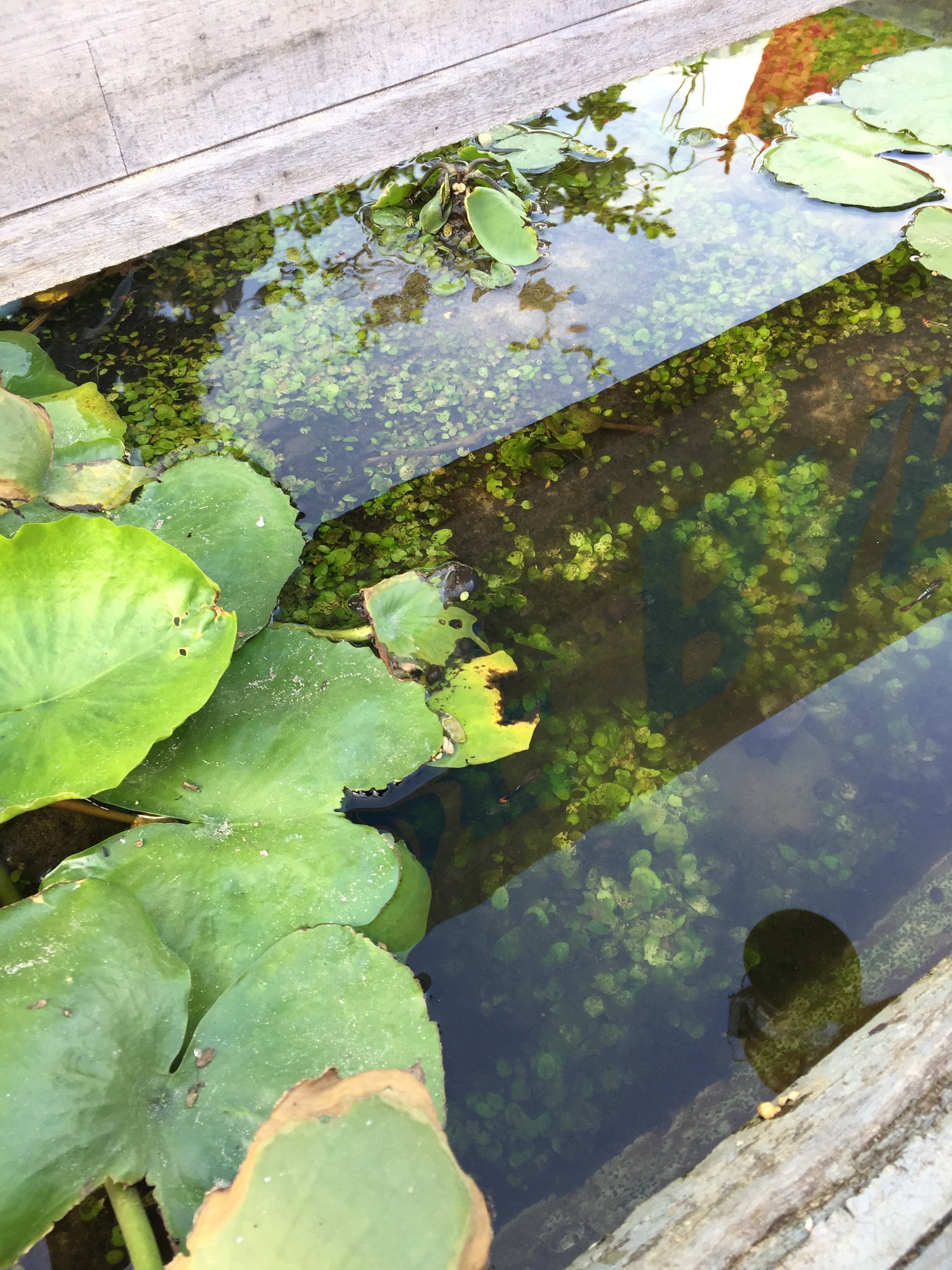 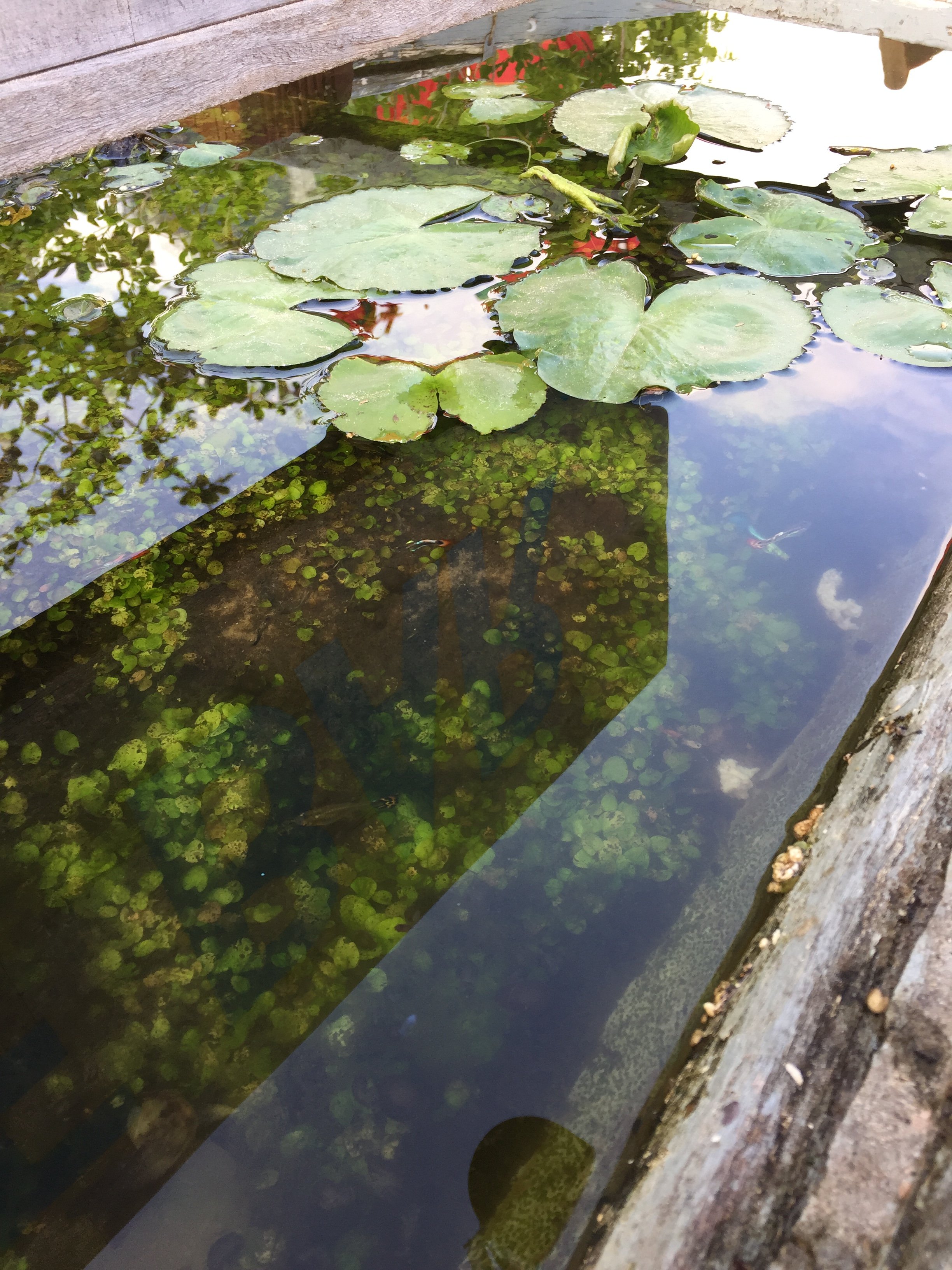 Maybe this is the same species that is mentioned at some point on this video. They are talking about a Lotus species that creates a carpeting effect i South America.

Nympaea Gardneriana as mentioned in the description of the video. He mentioned that Aquasabi carried it.
T

And i keep the plant since a few month and it really grows nicely and you're able to keep it small with pruning.
M

Nymphea gardneriana is by nature a "standard, big" plant, easily covering a square metre of surface......... BUT when growing in strong current, it will produce very short leaves with very small leaf-plate.
The plant can be tricked into this, by constantly removing biggest leaves. Growing this way, the plant will furthermore produce an abundance of runners............. this way really making a carpet-ish appearance possible.
If memory serves me, there is actually a very nice photo of this, by Stefan Hummel, in one of the Dennerle booklets.
M

Interesting, thanks all! Considering giving it a go...

Most true tropical lilies such as the N. gardneriana and the N. glandulifera require high temperatures and lots of light to thrive. They are if you find them available in the trade rather difficult to grow and maintain. Ask @Edvet i believe he bought a small N. gardneriana at the local aquarium exhibition in 2018, after previously failing a few times with the N. glandulifera.

I also failed to grow the N. glandulifera several times.

You can also find several tutorials online on how to go about with germinating nymphaea from seed. Some sellers at Ebay etc. offer Nymphaea seeds. This might be an option to try to germinate a number of baby plants and go from there. I've been playing with the idea to try this myself for some time now, but yet didn't get to it.

Which species of the lily to grow from seeds isn't that important, the majority is not really aquarium suitable anyway as mature specimen. But that isn't really problematic because in the indoor conditions we can give it will take a very long time to get to this unsuitable stage.

If you dive into the world of water lily you find depending on the species they grow different types of rhizomes (Tubers).
Mexicana for the tropicals (Bulbs) growing vertical
Marliac and Tuberosa for the hardy ones growing horizontal.

Most pond lilies available are marliac or tuberosa rhizome, these tubers are much easier to grow and can be compared with a Potato. They can be divided and grow on as separate plant. Now if you take a rather mature specimen of a smaller manageable pond lily e.g. not necessary but the ones labelled with Pygmaea in the name. Grown to sufficient size than (regularly) inspect the rhizome. You'll see growing eyes on it sprouting new young plants from it. These you can cut off replant and grow on.

Like this. The roots growing from the cut is about 6 weeks after it was cut.

Since the size of the actual plant the lily is very depended on the size of its tuber it grows from. A size like this will stay a dwarf for many years. The sp. from the cut off growing eye in picture above is a cultivar Nymphaea Burgundy Princess. Far too big for aquarium in mature size. But i'm growing it in a 110-litre low energy tank now for already 4 years it still is in a manageable size. And it took 3 years before it developed a new runner. I'm also still growing this lily in my garden but haven't dug it out and haven't cut it again in the last years.

To get to a carpet with a number of small ones like this obviously requires a number of cuttings. It requires some space and time to get it from other mature specimens. Depending on how many you want and the size of the mature tuber It might be a multi-year project, but it definitively can be done with much easier to grow lilies than most available tropicals from the LFS.
Last edited: 3 Jan 2020

Oh!? Forgot to mention... The so-called hardy Nymphaeas that go dormant during the winter when grown outdoors.

Can be grown on in an indoor aquarium all year long. Thus you could grow a small mature specimen in a separate tank and use it as mother plant to take cuttings from. This way you don't have to wait an entire winter for it to revive again.

I guess all available lilies are tropical by origin and grow on indefinitely in tropical conditions.

Historians and botanists actually have yet no clue where the Nymphaea originated from but the oldest references found about its cultivations is 1000nds of years back in SE Asia.

And if you don't want it to grow floaters than do as Mick says play with flow and above all give it lower light conditons.
Last edited: 3 Jan 2020
You must log in or register to reply here.